Vivien Leigh’s underrated performance in the first screen version of The Deep Blue Sea belies the turbulence that beset her private life at the time. 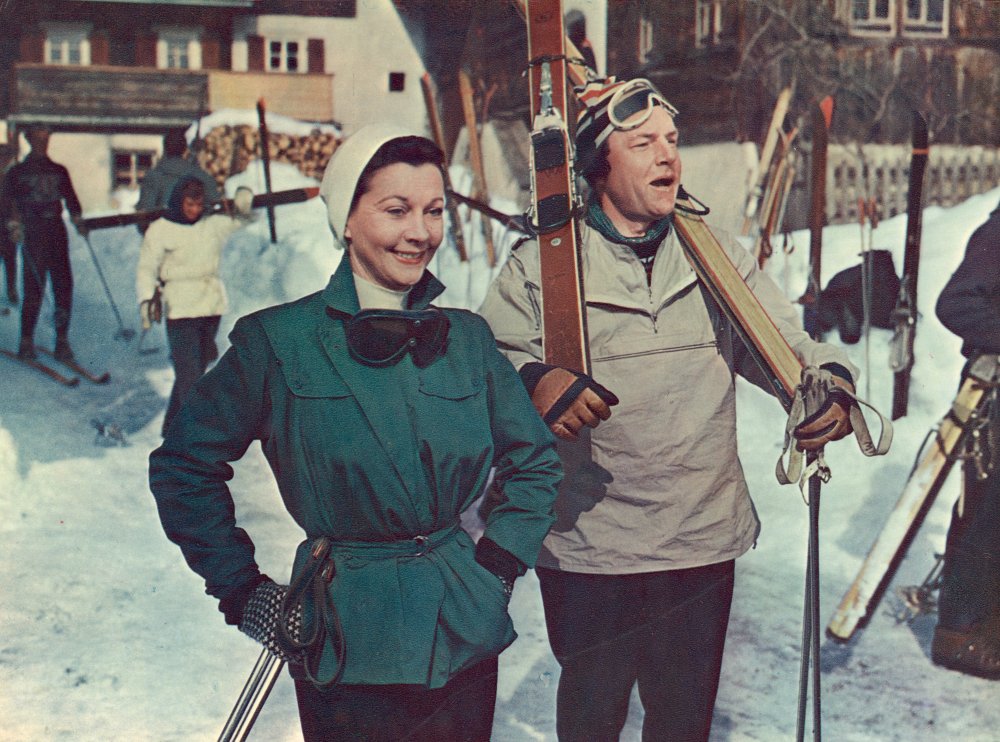 Vivien Leigh’s first film since her Oscar-winning success in A Streetcar Named Desire (1951) was based on a successful play by Terence Rattigan, which ran on the London stage for 513 performances. The hiatus in her film career was largely due to her withdrawal from the 1953 production Elephant Walk, her role eventually taken by Elizabeth Taylor. This was the first time that the actress’s mental health problems had caused a major setback to her career, but she was still seen as a big enough box-office draw to star in the screen version of The Deep Blue Sea.

The story tells of Hester, the middle-aged, upper-middle-class wife of a judge, who falls in love with Freddie Page, an ex-RAF pilot struggling to recapture some excitement in post-war Britain.

Kenneth More received glowing reviews for his interpretation of Freddie, the role he had already made his own on stage (opposite Peggy Ashcroft) and on television (opposite Googie Withers): “The film belongs to Kenneth More. As the happy-go-lousy test pilot, he is magnificently alive and believable,” wrote one reviewer.

The verdict on Leigh’s performance however was less than unanimous, some critics finding her a little “too prim, too elegant, too Mayfair,” lacking in passion and credibility as a woman who could abandon affection and security in favour of lust and squalor. 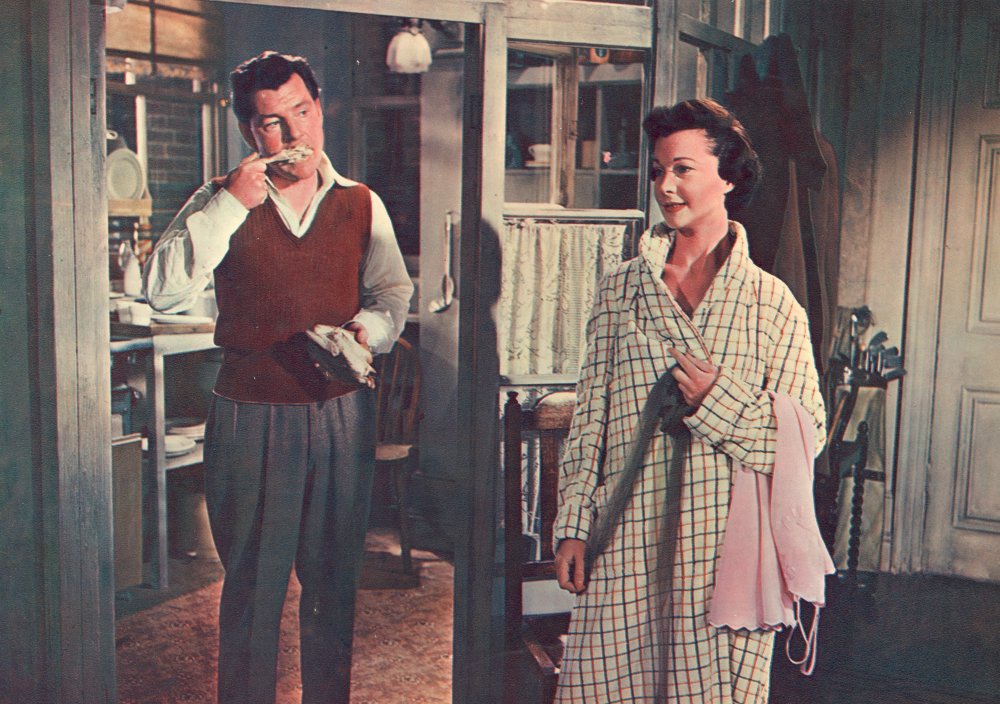 Yet these critics failed to perceive the subtlety and restraint of her performance, which so well suits the character of Hester, a woman emotionally exhausted after her dramatic rejection of convention and the respectability of marriage. At the key moments, Leigh’s Hester lets her guard down and her desperation and desire, clearly at odds with her nature and upbringing, come to the surface. Having resisted for a long time, she has lost all by succumbing to Freddie’s relentless and, ultimately, selfish pursuit. She has no strength left to deal with the misery it has caused and which, deep down, she must feel she deserves.

Both Rattigan and Kenneth More felt that Leigh was too beautiful to play the role of Hester, which, after all had been written for the less chiselled Peggy Ashcroft, who was also seven years older. More’s sense of loyalty led him to try to persuade producer Alexander Korda that Leigh was wrong for the part but he apparently batted away the objection, saying: “Never mind Kenny. The public like to see a beautiful woman. Anyway, what is beauty?”

In actual fact, Leigh wasn’t Korda’s first choice but was offered the role only after Marlene Dietrich had turned it down. While undeniably beautiful, especially seen in colour, Leigh was always in complete control of her looks, manipulating her appearance as required for each role. 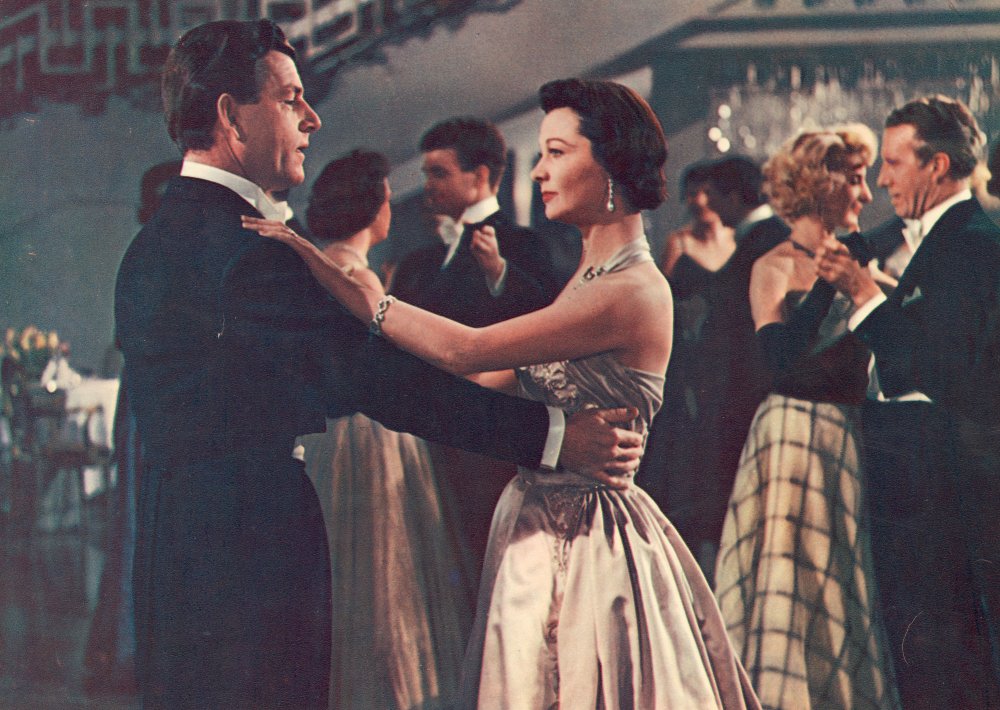 Hence, in 1944 at the age of 30, she was utterly convincing as the teenage Cleopatra in Caesar and Cleopatra, while six years later she transformed into fading southern belle Blanche DuBois in A Streetcar Named Desire. As Richard Stirling observed on stage in his introduction to the BFI’s current Vivien Leigh retrospective, her beauty should be counted as one of the actress’s talents, a tool for crafting her dramatis personae rather than just a passive, physical trait.

While Leigh was filming The Deep Blue Sea at Shepperton, husband Laurence Olivier was also at the studio, involved in post production for Richard III, and the couple would eat together every lunchtime. After 15 years of marriage, their relationship was strained; her mental health was deteriorating and they had both had affairs. However, they were about to throw themselves into a season at Stratford, perhaps hoping that working on stage again would help recapture some of the closeness they had lost.

One of the productions was to be Macbeth and Leigh would spend the time between takes learning her lines for Lady Macbeth, as her co-star in the film Emlyn Williams recalled. He related a poignant incident during location filming in London, which perhaps reflects Vivien Leigh’s state of mind during this period. He and Leigh were in a car and had to drive away, round a corner and out of sight of the crew. As they prepared for the third take, she turned to him and said: “Wouldn’t it be funny if we drove away now, and nobody ever saw us again.”