Visions of utopia and fantasy in British wartime cinema

In films such as A Matter of Life and Death and the undervalued They Came to a City, the supernatural trend in British film culminated in unique blueprints for creating a better world. 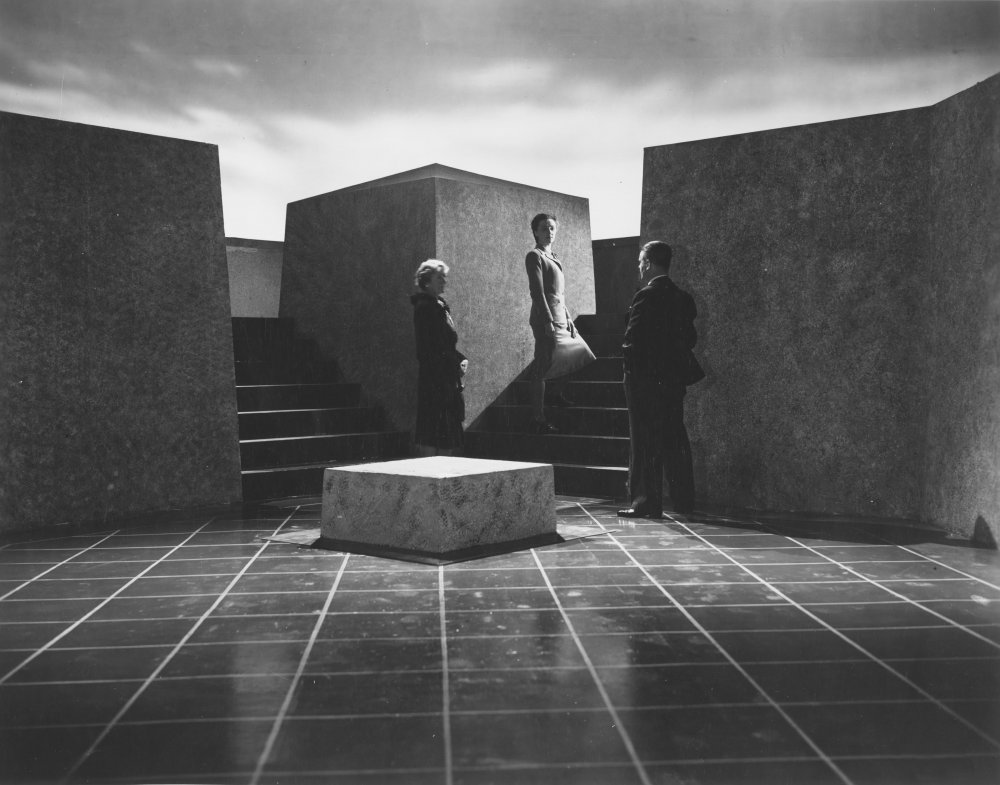 Mention fantasy in British films and Michael Powell and Emeric Pressburger’s A Matter of Life and Death immediately springs to mind. Following a nine-month wait for a sufficient supply of Technicolor stock, shooting started on the day the Japanese surrendered to General Douglas MacArthur. Upon release in 1946, the story of the celestial battle for RAF pilot David Niven’s right to live caught the imagination of postwar audiences coming to terms with the bitter reality of peace.

In the wartime years, ideas of fantasy and utopia played a vital role in British cinema, as escapism and a boost to morale, but also providing consolation and – in some cases – paving the way for the creation of a new society. 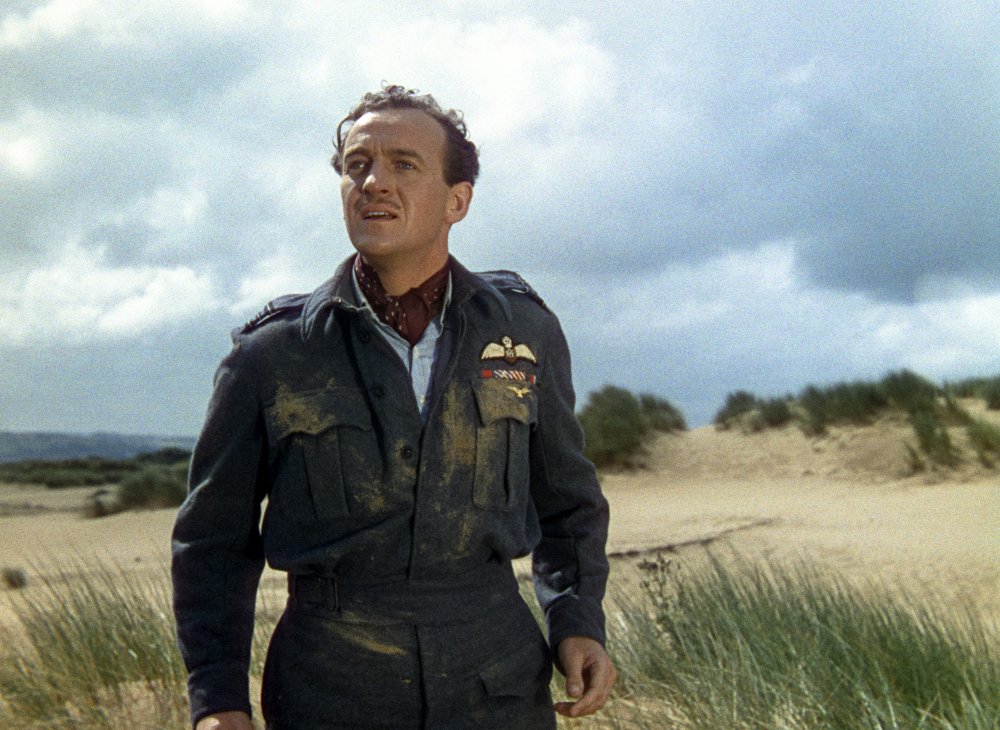 Two years before A Matter of Life and Death, Powell and Pressburger made A Canterbury Tale (1944), which – like the same year’s Tawny Pipit – offered a bucolic depiction of people from all backgrounds uniting for the common good. The film’s theme of pilgrimage and its vision of an arcadian England was steeped in the tradition of Chaucer and Blake.

For much of the war, the emphasis fell on the supernatural in providing a little escapism from resisting the Axis. Propaganda was never far below the surface, however, as in the case of Roy Boulting’s Thunder Rock (1942). This was an adaptation of Robert Ardrey’s much-admired stage play, which used the ghostly passengers of a 19th-century ship to convince reclusive lighthouse keeper Michael Redgrave to leave Lake Michigan and take up arms in the conflict. 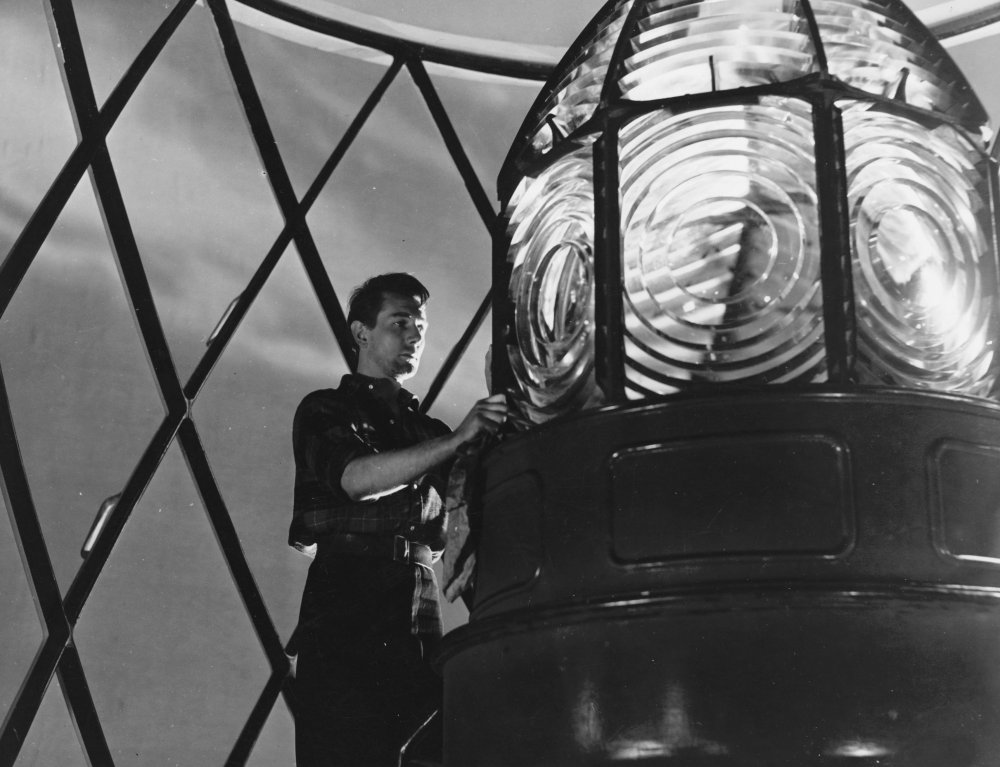 Redgrave would steal the show in the Ealing horror portmanteau Dead of Night (1945), as a ventriloquist being driven mad by the dummy whose pernicious pronouncements recalled those of another malevolent mouthpiece, Lord Haw-Haw. Meanwhile, wit rather than wickedness characterised comic chillers like The Ghost of St. Michael’s, The Ghost Train and Old Mother Riley’s Ghosts (all 1941), starring – respectively – Will Hay, Arthur Askey and Arthur Lucan.

The humour is more subtle in A Place of One’s Own (1945), in which companion Margaret Lockwood is possessed by the previous owner of the country house purchased by James Mason and Barbara Mullen, who had been murdered by her servants. 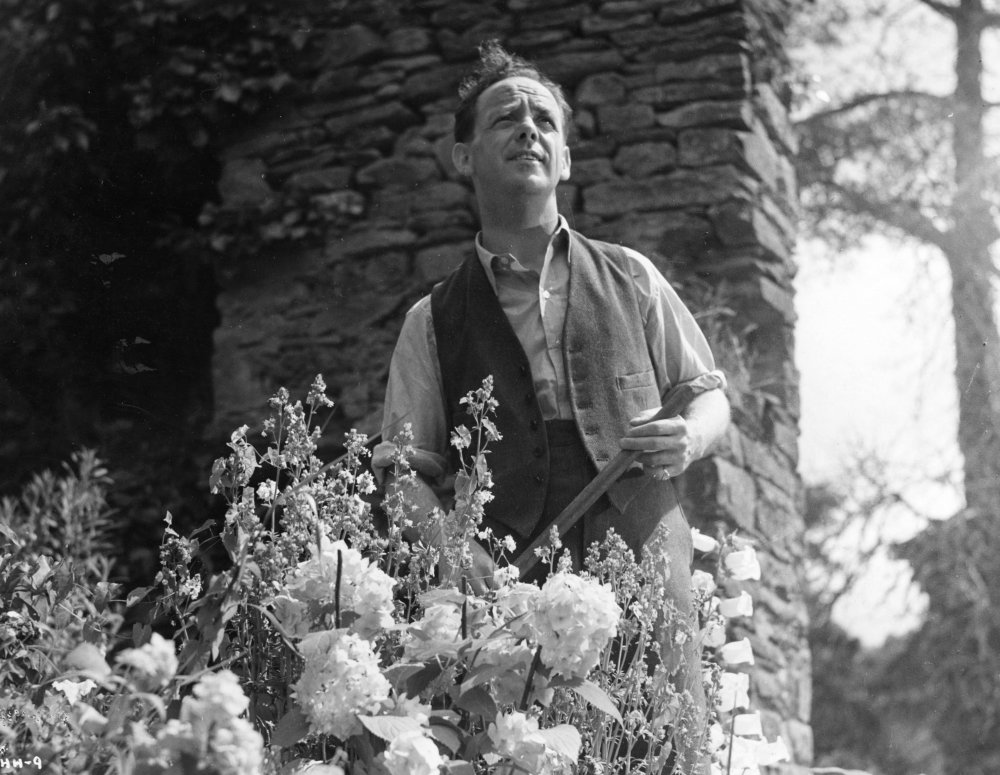 This atmospheric class satire contained echoes of Basil Dearden’s The Halfway House (1944). Although intended to reassure those who had lost loved ones during the war by showing the afterlife to be a place where the departed are rewarded for their labours, this affecting saga was also a treatise on learning from past mistakes and laying aside social and political rivalries to pull together for the greater good.

Under the watchful eye of Welsh hosts, a disillusioned soldier and black marketeer see the error of their ways, an ailing conductor learns the value of life, a bickering couple reconsider their divorce, a grieving husband and wife come to terms with the loss of their sailor son, and an Irish nationalist acquires an understanding of the Allied cause. These disparate souls were not alone in benefiting from “a pause in time, a pause to stand still and to look at yourself and your difficulties”. 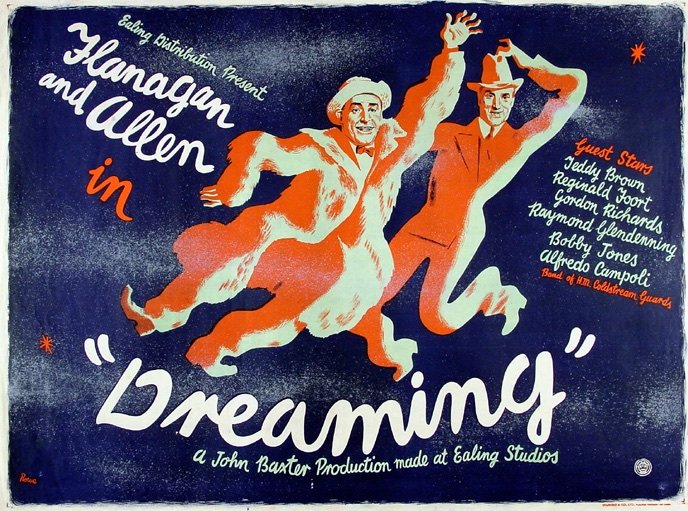 Elsewhere, new recruit Arthur Askey comes out fighting when he believes he’s found Excalibur in King Arthur Was a Gentleman (1942), while Bud Flanagan also discovers unsuspected courage after a knock on the noggin in Dreaming (1944). Another Askey vehicle, Val Guest’s somewhat dated Bees in Paradise (1944), sees the star as an airman who crash-lands on a seemingly arcadian island. It turns out to be populated solely by women, who treat men according to the laws of the hive.

Tommies Trinder and Handley find themselves in equally sticky situations, as they travel back in time in Fiddlers Three (1944) and Time Flies (1944). Having been struck by lightning in the middle of Stonehenge, Trinder’s chirpy Cockney receives an object lesson in living under a dictator when he fetches up in Nero’s Rome. And it’s the Elizabethans that Handley’s scouse schemer has to contend with, after he accidentally activates an inventor’s spacecraft. He discovers that Shakespeare’s contemporaries thought nothing of disposing of those who held differing beliefs or territories that Good Queen Bess fancied conquering. 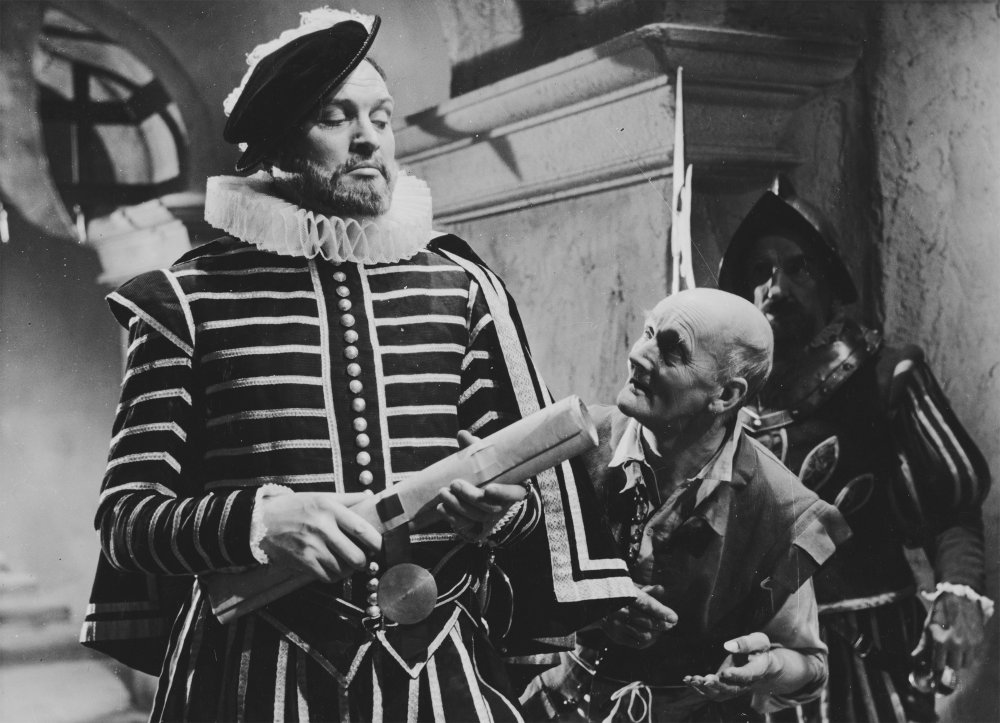 If the past could sometimes seem like a foreign land, the future wasn’t always particularly welcoming, either, with some filmmakers warning that the wartime unity that had helped defeat fascism would soon begin to fragment.

The middle-class was frequently cited as the weak link. Aristocratic heirs and servants join forces with a castle ghost to confound a grasping bourgeois in Don’t Take It to Heart (1944), while the offspring of a holidaying lower-middle-class couple take advantage of their absence to try out living in sin in 29 Acacia Avenue (1945) – just one of several films made during the last years of the war that speculated on how peacetime Britain might look. 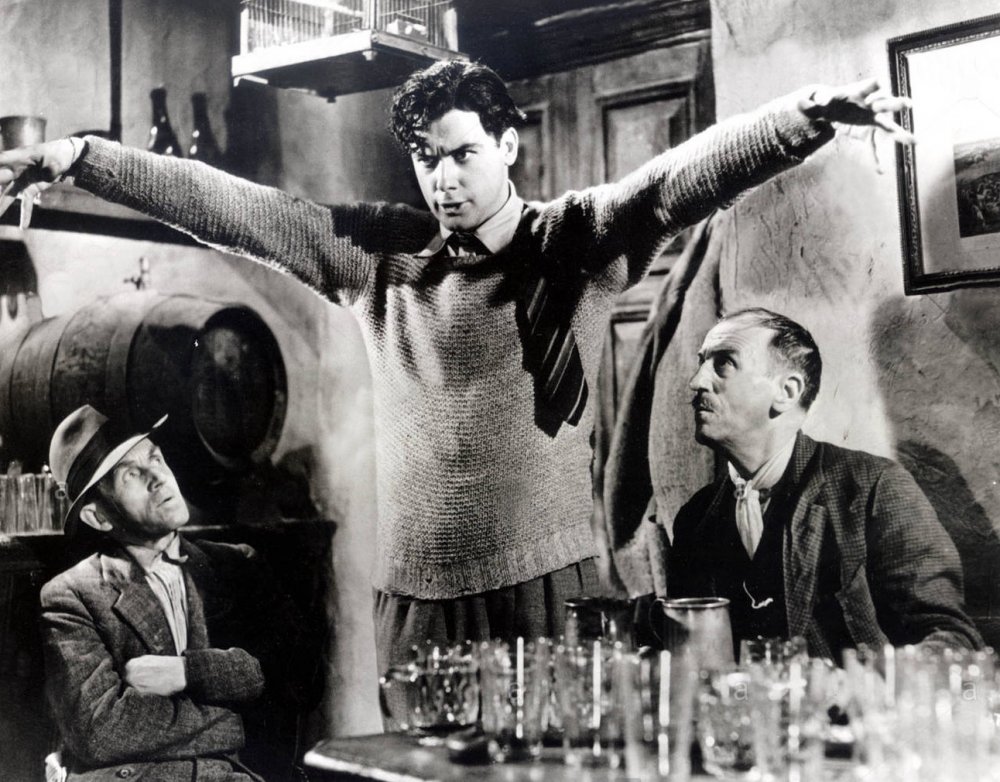 By contrast, refusing to play a part in the building of the New Jerusalem was viewed more benevolently. In Demobbed (1944), Norman Evans, Nat Jackley and Dan Young return to civvy street and seek to skate by without doing a tap, while in Val Guest’s much-underrated romp Give Us the Moon (1944) a decorated flyboy prefers malingering with the career idlers gathered around Russian exiles Margaret Lockwood and Vic Oliver to running his father’s luxury hotel.

Bearing a passing resemblance to Frank Capra’s You Can’t Take It with You (1938), this riotous film would make an ideal double bill companion for Basil Dearden’s They Came to a City (1944). Adapted from a J.B. Priestley play about the divisive nature of a peacetime utopia, and enacted on imposing sets designed by Michael Relph, the action brings together a motley band including a waitress (Googie Withers), a seaman, a charwoman, a self-made businessman, a bank clerk and his shrewish wife, an aristocrat and her dutiful daughter, and peppery toff A.E. Matthews.

While it’s clear from the outset how some of the assembled will react to being transplanted to the gate of a socialist Shangri-La, the ideas batted around by the characters are still very much at the forefront of today’s political debate. 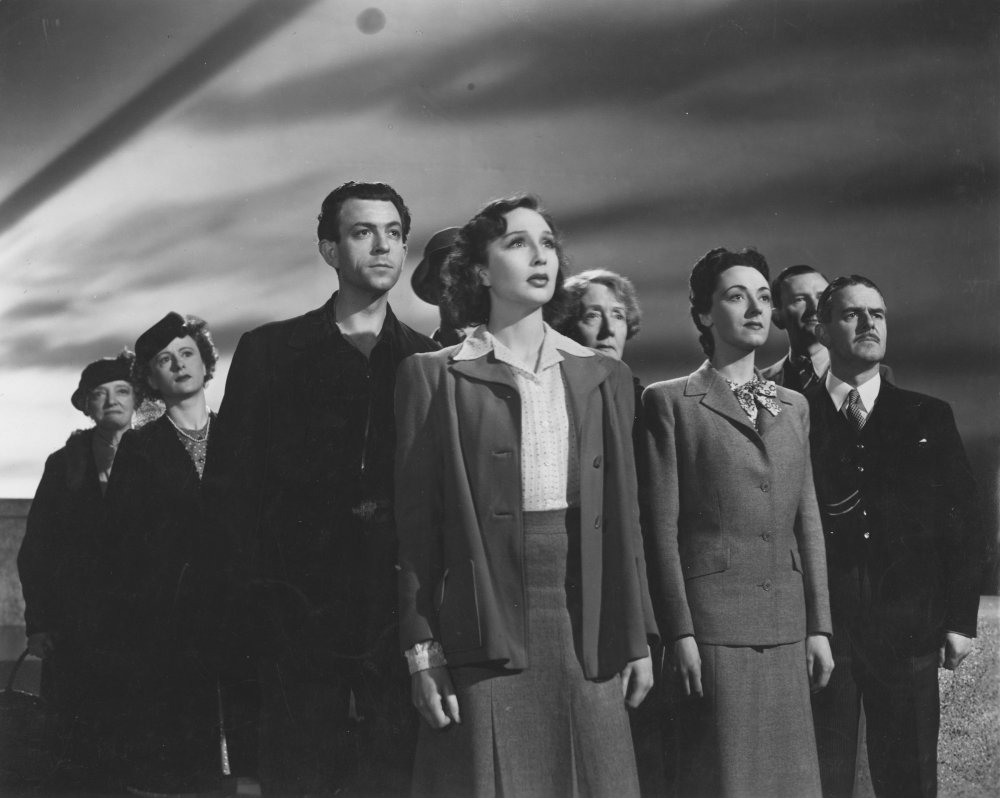 Anticipating the mood of the nation ahead of the khaki election that swept Labour’s Clement Attlee to a landslide victory in July 1945, this little-seen allegory proved a radical departure from the flagwavers that Ealing had produced during Britain’s darkest days, subversively asserting that the country was becoming increasingly polarised.

No wonder that critic Richard Winnington, writing in the communist newspaper The Daily Worker under the pseudonym John Ross, could describe They Came to a City as “one of the most enterprising efforts ever made in the British cinema”.