What was it like being a cinemagoer 100 years ago? What to see? What to wear? We bent the space-time continuum to find out from a young shop assistant living in 1914. 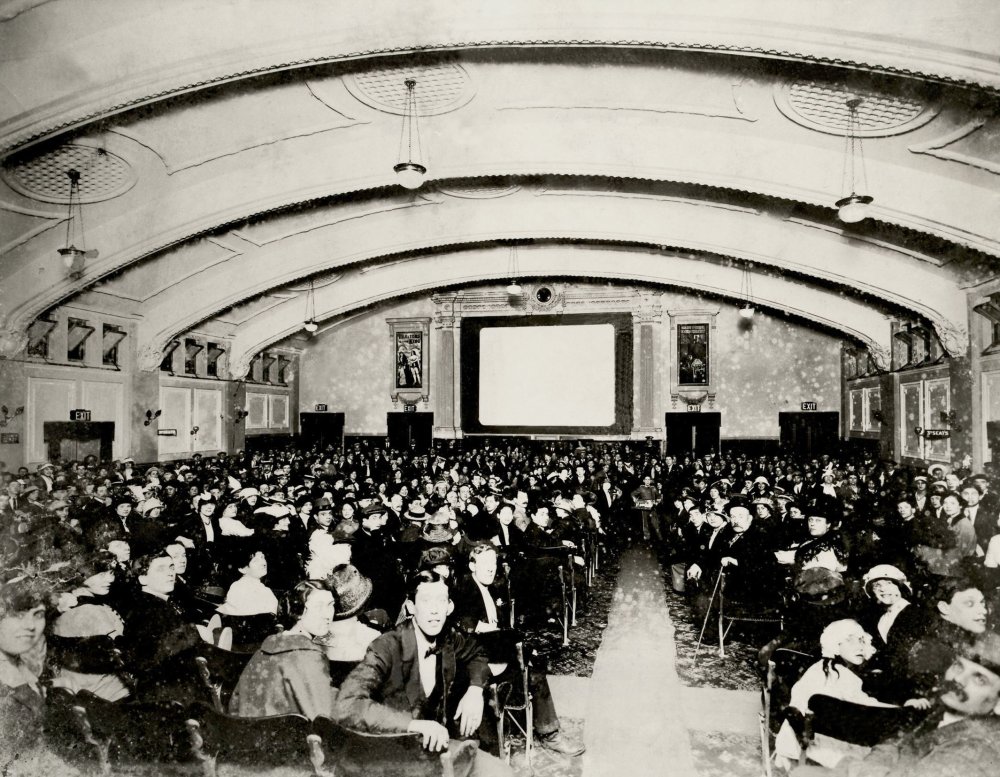 Rare image of the interior of a cinema, c.1913 - The Palladium, Mile End Road
Credit: Courtesy of the Cinema Museum, London

Tell us a bit about yourself

My name is Elizabeth Cook. I’m 19 and I work in a shop in London. I love the cinema show, and go once or twice a week when the pennies allow.

Where do you go to the cinema?

Cinemas are on every thoroughfare, in every shopping street. London has 474 cinemas to choose from, to suit every budget.

What do you wear?

Doesn’t matter. That’s the great thing about the cinematograph show: it’s just ordinary people, so you don’t have to get all dressed up, unless you’re going with your beau that is. Wear what you like. There have been some complaints about ladies’ hats getting in the way, of course, but I mean you can’t go out without a hat now can you?

Well, this week, everyone is waiting with bated breath for the next 13-parter from the USA. Did you see part one of The Perils of Pauline? What a girl! So exciting, everyone’s talking about it and can’t wait for the next episode. 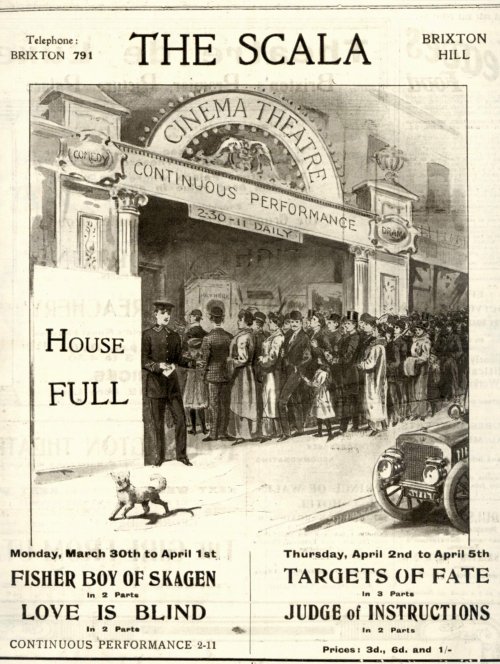 Then there’s the usual: suffragettes in the news again. Another Pimple comedy – he’s mad! And that Chaplin fellow, he’s good. He’s from round here; he used to be with Fred Karno’s company and played just down the road at the Empire.

Then there’s a lot of talk now about the new long films coming in. I mean, they’re nice for a change but they’ll never replace the mixed programme. I mean, variety is what people want isn’t it? Something for everyone.

What about the war?

Well, there’s not many pictures of what’s going on, but we saw that newsreel of that town in Belgium. Terrible, all in ruins, and they bombarded the old library. All those medieval books burned. Barbaric. Makes you think – what if they invade England?

Our cinema has been collecting for an ambulance to go to the front, which is nice – everyone has chipped in what they can. It’s nice to be with people at the cinema – lots of people have brothers or fathers or husbands that volunteered so it’s good to see some news, although I don’t think they let the cameramen see much.

It’s wonderful. You can go anytime – there are no fixed times and you can go on your own or with friends or your boyfriend. It’s cheap and nice to sit down if you’ve been working or shopping. Kids can be a bit rowdy, of course, there’s always lots of them.

What I really like is that you always see something different – exotic places and people – although my favourites are the comedies and, of course, the serials. And then, you know, it takes you out of yourself. You forget about work and the war and live inside your head, with no one telling you what to do or think.