On this day in 1964: The Umbrellas of Cherbourg was released in Paris

A massive influence on La La Land, Jacques Demy’s all-sung musical made a star of Catherine Deneuve and remains one of the most romantic films to emerge from the French New Wave era. 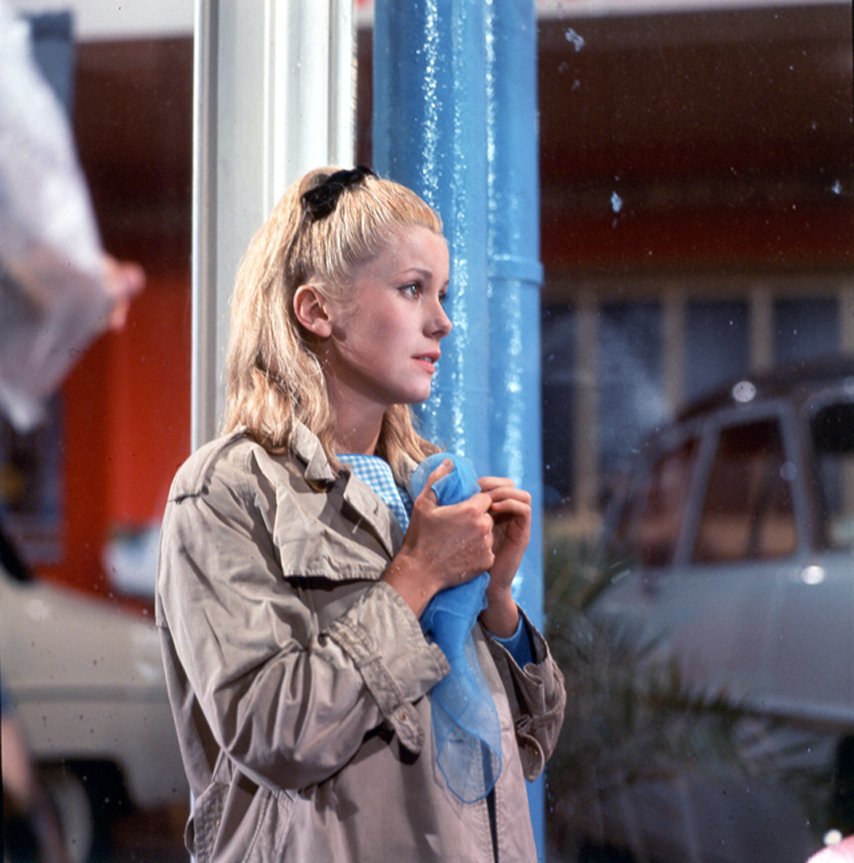 It’s the anniversary of the release of Jacques Demy’s The Umbrellas of Cherbourg and you can imagine what the birthday cake should look like: icing and candles of bright blue, pink, green and yellow. For if ever a film pops out of the screen with vibrant colour it’s this 1964 musical classic, in which every dress, every shop front, every vividly wallpapered room seems freshly minted from a rainbow.

Demy’s film opened in Paris on 19 February 1964 and represented a milestone in cinema, albeit one marking a road that few filmmakers have since taken: it’s a musical in which all of the dialogue is sung. Michel Legrand’s wonderful, romantic score does have big tunes, including the Oscar-nominated ‘Je ne pourrai jamais vivre sans toi’ (released in English as ‘I Will Wait for You’), but even the everyday conversations in between – from the chat of garagemen knocking off from work to the shoptalk in the umbrella store of the title – are set to music, like a cinematic operetta. 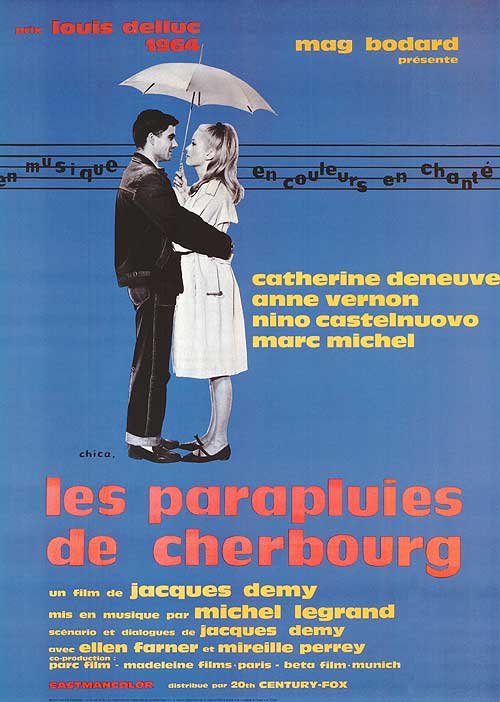 If that makes The Umbrellas of Cherbourg sound old-fashioned, Demy’s film was anything but. The director was one of the great, young, modern-minded filmmakers who emerged during the French New Wave of the 1960s. Demy was more nostalgically minded than directors like Jean-Luc Godard and Alain Resnais, but, though his paintbox vision of life in the seaside town of Cherbourg is a loving tribute to old Hollywood musicals, it’s also a film that tackles very real-world issues, like unexpected pregnancy, the Algerian war, parental pressures on their children, and what happens to young love when time and circumstances are against it. The bittersweet climax even occurs at an Esso petrol station.

It made a star of Catherine Deneuve, playing Geneviève, a teenage girl working in her mother’s umbrella shop, whose mechanic lover is drafted to fight in Algeria. Pregnant with his child and wistfully pining for his return, she also attracts the eye of a quiet young jeweller, Roland Cassard (Marc Michel), whom her mother slowly persuades her is a more eligible suitor.

Demy had been moving in this new direction with his first two films, Lola (1961) and La Baie des Anges (1963), in which the action seemed choreographed to Legrand’s lilting scores. With The Umbrellas of Cherbourg, he achieved the perfect synthesis, creating a total musical in which camera movement, décor and song are in unique harmony with one another. Demy’s film won the Palme d’Or at that year’s Cannes Film Festival, and he, Legrand and Deneuve would repeat the trick on an even bigger scale for 1967’s Les Demoiselles de Rochefort, again set in a French coastal town. 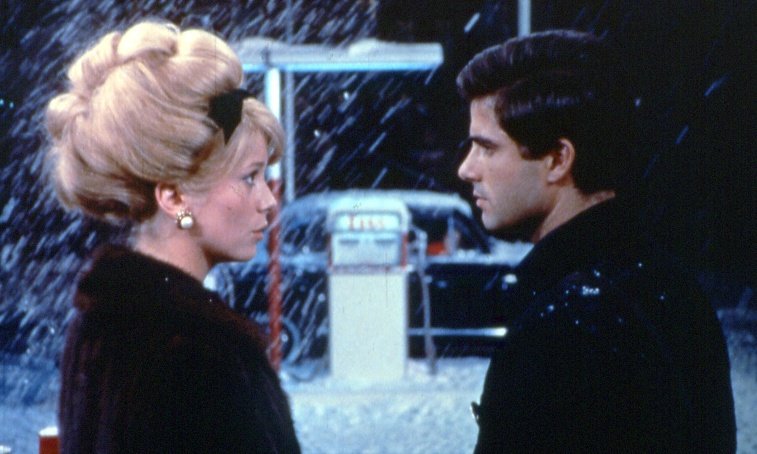 Among Demy’s few disciples in pushing the film musical in a modern direction – at least until Damien Chazelle came along – is Baz Luhrmann, whose Paris-set Moulin Rouge (2001) scored a similar tale of unrequited love to a mashup of pop songs old and new. But, watching the digitally restored version of The Umbrellas of Cherbourg (available on DVD and Blu-ray), with the colours once again as wet-paint bright as Demy intended, it’s easy to see how this world of heightened décor has also been an influence on the films of Wes Anderson. From The Darjeeling Limited (2007) to Moonrise Kingdom (2012), Anderson’s films share the same wistful romanticism, the same care and attention to set design and immaculate story worlds.

Demy’s classic may be more than half a century old, but the spell it cast back in 1964 just won’t be broken.

Related to On this day in 1964: The Umbrellas of Cherbourg was released in Paris