Featuring Pete Postlethwaite’s first TV appearance, 1970s sci-fi rarity Thwum was thought lost forever. Here’s why we were able to screen it for the first time in 40 years. 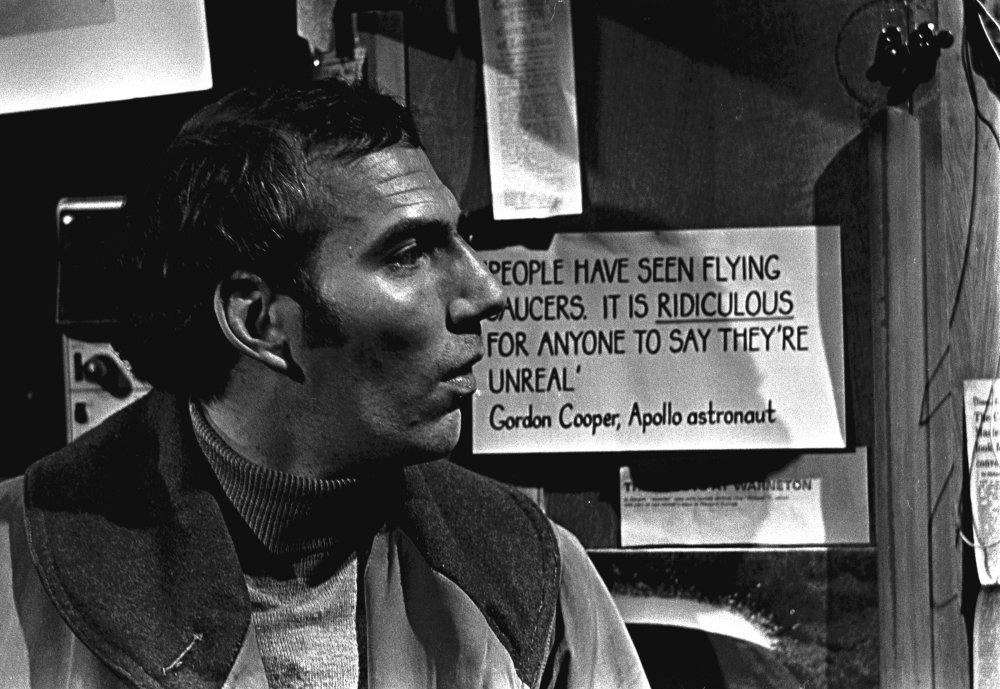 Last December, BFI Southbank offered the first opportunity for over 40 years to see Thwum, a sci-fi-themed 1970s rarity that had long been thought lost forever – and Pete Postlethwaite’s first TV appearance with it.

At the time of Thwum’s broadcast in 1975, it was still common practice for TV companies to wipe much of their output, meaning that many television programmes from the era are now sadly missing. Since 1993, it’s been the mission of the BFI’s Missing Believed Wiped initiative to track down and screen material long AWOL from the official TV archives. Finds over the years have included material from television programmes such as The Avengers, Till Death Us Do Part, Dad’s Army, Armchair Theatre and Top of the Pops.

The case of Thwum provides an interesting example of how missing UK TV material can be recovered. It’s a story that begins with Second City Firsts, an anthology series of half-hour plays produced by BBC English Regions Drama at Pebble Mill in Birmingham from 1973-78. 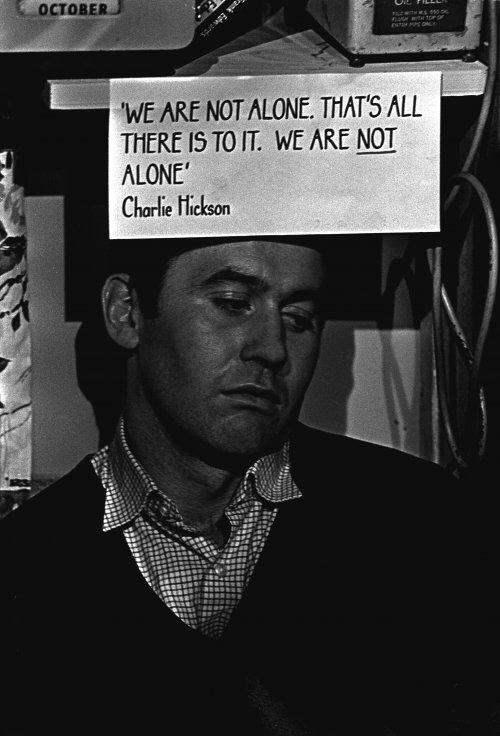 English Regions Drama came into existence as a consequence of a regional reorganisation at the BBC, which saw the three English regions of North, Midlands and South West replaced by eight smaller regions. At the same time, the facilities at the regional production centres in Manchester, Birmingham and Bristol were improved to enable the regions to supply more programmes to the national television service.

The first drama in the new series, Tara Prem’s A Touch of Eastern Promise (broadcast on 8 February 1973), was shot entirely on film, on location, in a predominantly Asian district of Birmingham, emphasising both regionality and the multicultural population of Birmingham, with some of the younger Indian characters speaking with a distinctive Birmingham accent, while others spoke Punjabi.

Following A Touch of Eastern Promise, Tara Prem joined English Regions Drama as a script editor, and she came up with the title of Second City Firsts for the next series of half-hour plays, transmitted from October-November 1973.

While some experienced regional writers had been commissioned to submit plays for the first three series of half-hour plays, the intention with Second City Firsts was to premiere work by new writers (to television), hence the ‘firsts’ in the series title, produced by English Regions Drama in Birmingham, England’s ‘second city’.

Second City Firsts enabled a number of now very well-known writers to have their first television scripts produced: King of the Castle (broadcast 12 November 1973) was the first play by Willy Russell, while another Liverpudlian, Alan Bleasdale, made his television debut in 1975 with Early to Bed (20 March 1975).

As with the plays for Thirty-Minute Theatre, the primary objective of Second City Firsts was to commission regional writers rather than regional drama. The distinction is important because it meant that not all of the plays produced by English Regions Drama were obviously ‘regional’ in subject-matter.

The importance of the Second City Firsts series was that it gave writers an opportunity to experiment and to have original work produced, rather than having to conform to the more formulaic strictures of the continuous drama serial, which is what most new writers are obliged to do today.

Not all of these plays were considered worthy of preservation, as is evident by the fact that only 39 of the 74 half-hour plays produced by English Regions Drama in the 1970s survive (and 10 of these only survive because they were recorded on a domestic format, such as VHS or Philips 1500 tapes). Thwum is the 39th. 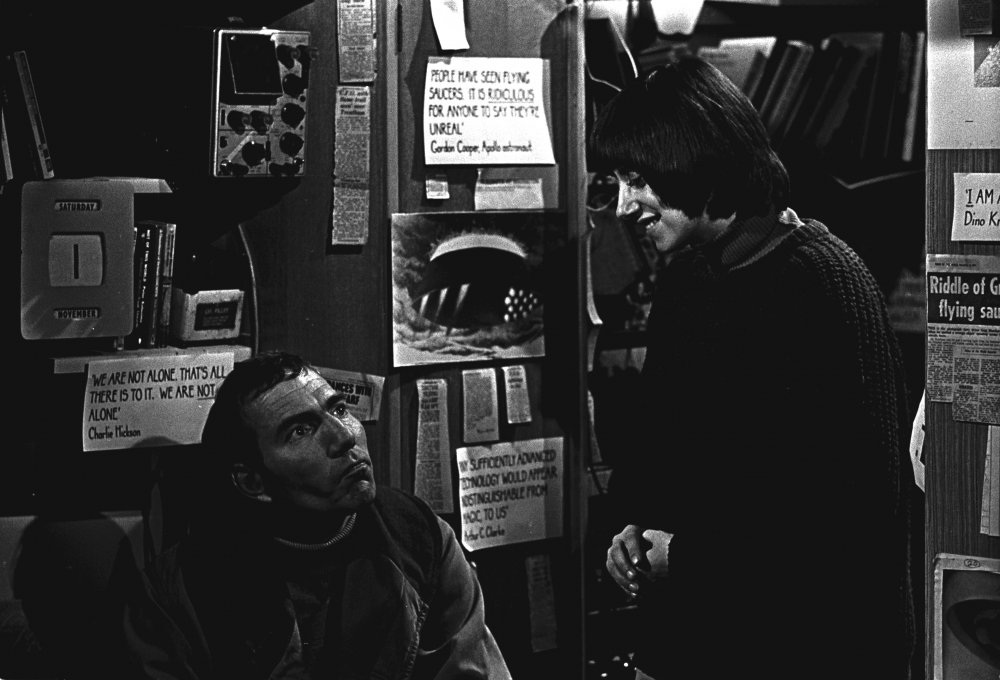 Its director, Pedr James, joined the English Regions Drama department in November 1974, recruited by Tara Prem and David Rose following a recommendation from Mike Leigh. He had been working at the Almost Free Theatre in Soho, seeking out new plays and playwrights, and was brought in to assist in the hunt for regional scriptwriting talent new to television.

One of the talents he had come across at the Almost Free was Mike Stott, who was soon pitching scripts to Second City Firsts. Stott’s first script, Granddad, was rejected as being too grim and cynical (it concerned British First World War soldiers shooting their superior officers rather than going into battle), but he pitched a second idea, Thwum, which was commissioned.

By the time it was delivered, Pedr had completed a BBC directors training course, and Tara Prem asked him whether he wanted to direct the play. Pedr jumped at the chance to direct this strange cross between sci-fi and magic realism.

Stott was very keen for Pedr to see Peter Postlethwaite for one of the roles, an actor who had immensely impressed the writer in several productions at the Liverpool Everyman Theatre. Pedr did, and thought him to be a wonderful and stimulating actor. The other roles in the three-hander were played by Paul Moriarty and Rosalind Elliot.

When the piece was completed in 1975, Pedr was given a Philips VCR of the first edit and later, following transmission, the broadcast copy was wiped. Around 1985 Pedr tried to transfer a copy from the Philips tape, but it proved fruitless, the tape seemingly too damaged to play properly. In 2017 – at David Rose’s memorial celebration at Channel Four – Pedr mentioned to me that he still had this tape. I suggested that we get our technicians at the BFI archive to have a look at it. 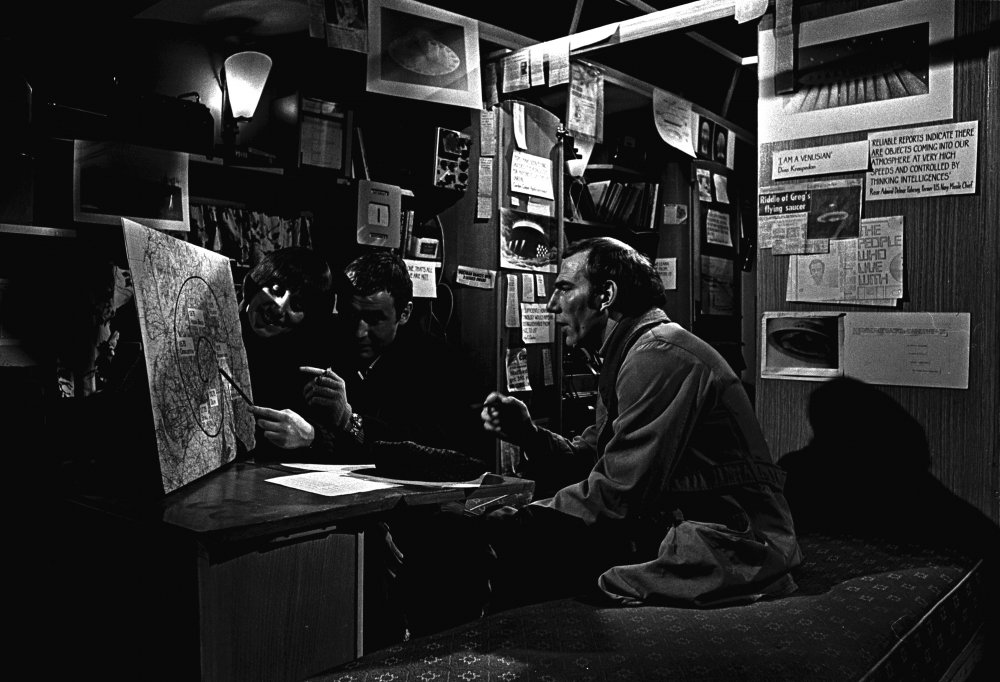 After initial misgivings at the poor state of the tape, they made a huge effort to salvage what they could and managed to get a flawed but watchable, near complete (a couple of minutes missing) copy. An added bonus was that, though picture quality fluctuated, the sound remained pretty decent throughout. This is the version that was shown at BFI Southbank.

With thanks to Lez Cooke and the Forgotten TV Drama website for information on Second City Firsts and to Pedr James for his invaluable reminiscences.