This Is Colour: the restoration of an early Technicolor gem

Curator Patrick Russell talks us through the pleasures of the 1942 film This Is Colour, shot by legendary cinematographer Jack Cardiff and now newly restored to its original, beautiful colours. 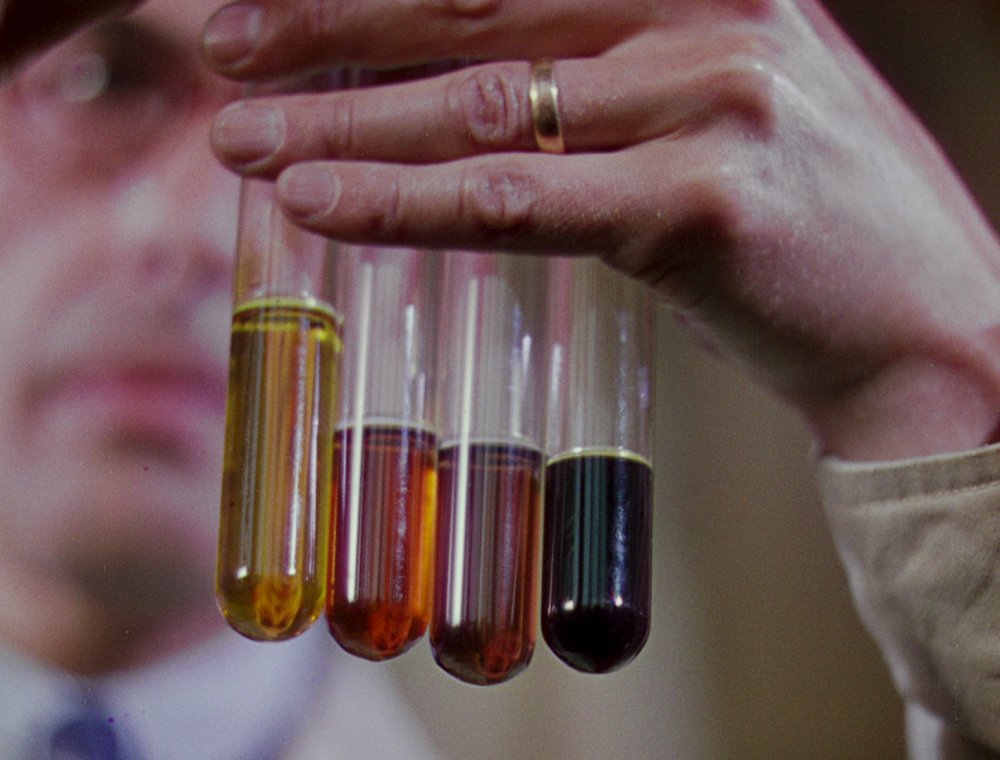 Its eponymous centrepiece is This Is Colour, an 18-minute 1942 ICI-sponsored Technicolor documentary, which has been beautifully restored by the BFI National Archive. It’s not only because it’s great to look at that this restoration makes such a fine climax to the programme. It’s also because it takes colour theory itself, and its application to the material world around us, as its very subject and method. Its integration of function, form and content sheds telling light – light of various hues, of course – on several broader topics in film history. 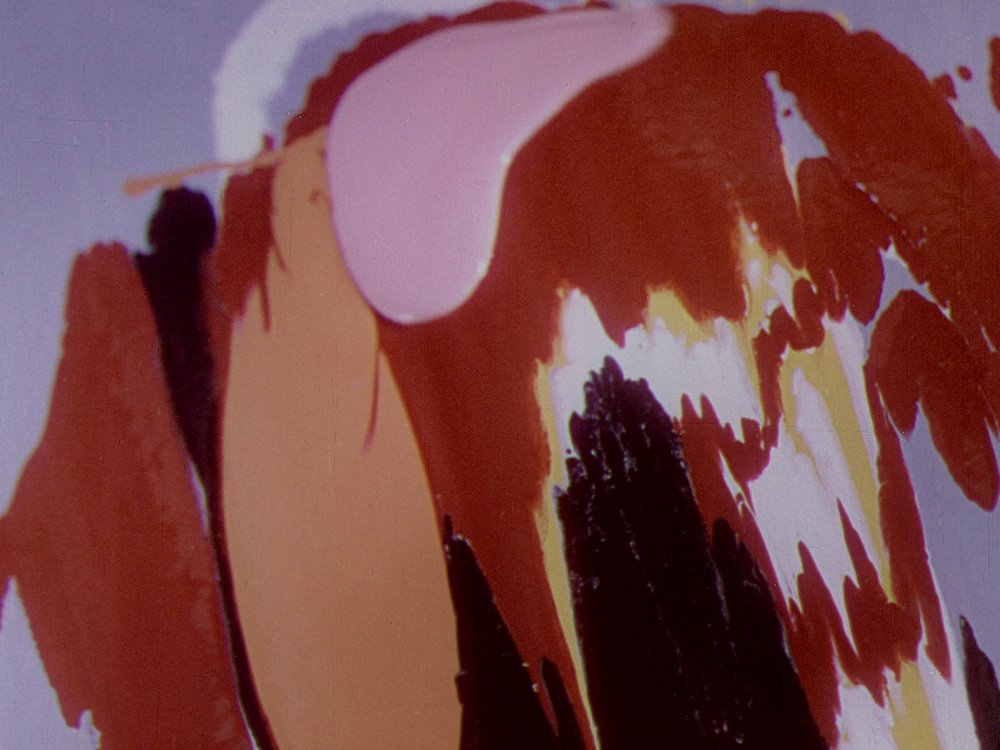 As Sarah Street emphasises in her definitive historical account of colour in British cinema, at the time the sponsored documentary short was at least as important a site of experimentation with 3-strip Technicolor as the feature film – both as often as not involving one Jack Cardiff.

Today celebrated as one of the great cinematographers (particularly famous for his work with Michael Powell and Emeric Pressburger), in the late 1930s and early 40s Cardiff was virtually Mr Technicolor UK. You booked 3-strip, you got Jack. I oversimplify, but only a bit. And, certainly in this case, Cardiff deploys his by now well-honed mastery of the system to deliver shot after shot of rich, varied colours, bathed in light and shade.

But Cardiff’s is just one of the names on This Is Colour’s very distinguished credits list (including Dylan Thomas, no less). While the film’s look is in large measure owed to him, its shape and feel owe as much to producer Basil Wright and director Jack Ellitt. As Wright gets the most prominent credit, while Ellitt’s is for ‘location direction’, it’s fascinating to speculate on (and difficult to prove) the relative weight of their contributions. 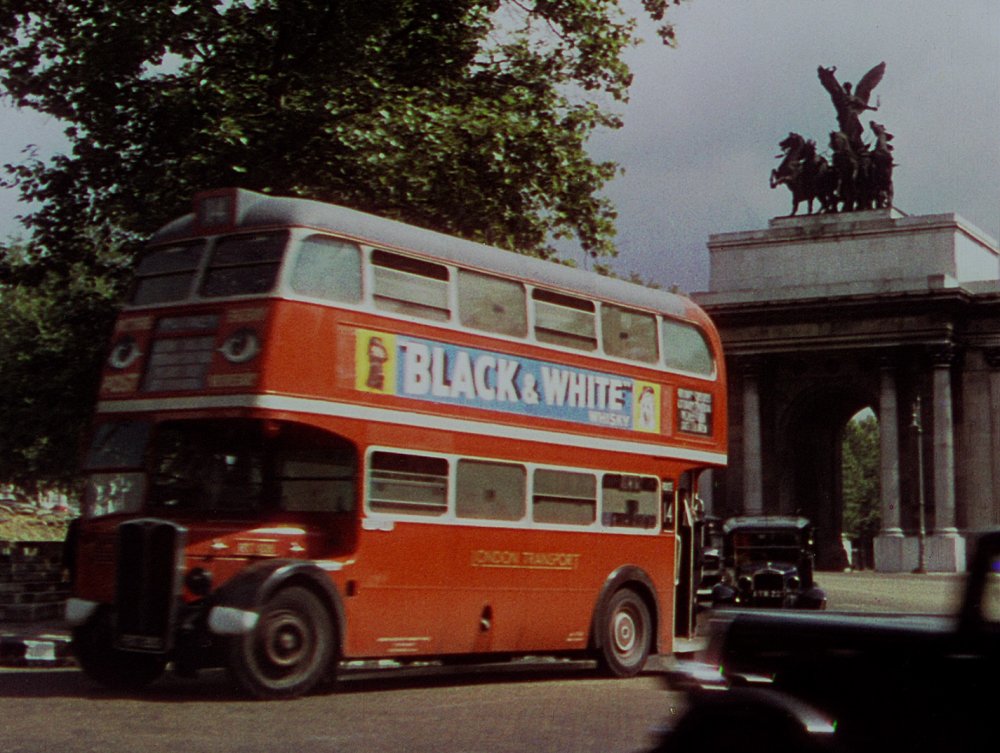 Certainly both had a long-standing interest in exploring documentary form and its relation to documentary purpose. Wright is a well-known leading light of the documentary movement, while Ellitt is usually written about (if at all) only in terms of his association with the great Len Lye on productions such as the GPO Film Unit’s A Colour Box (1935).

Academic Andy Birtwistle, currently researching an article on Ellitt, argues: “Although some recognition is belatedly being given to Ellitt as a pioneer of electroacoustic music (he first created compositions using recorded real-world sounds in the 1930s), little attention has been paid to his work as a director and editor of documentaries. His early films have a vitality and creative energy standing comparison with those of his friend and collaborator Lye.” 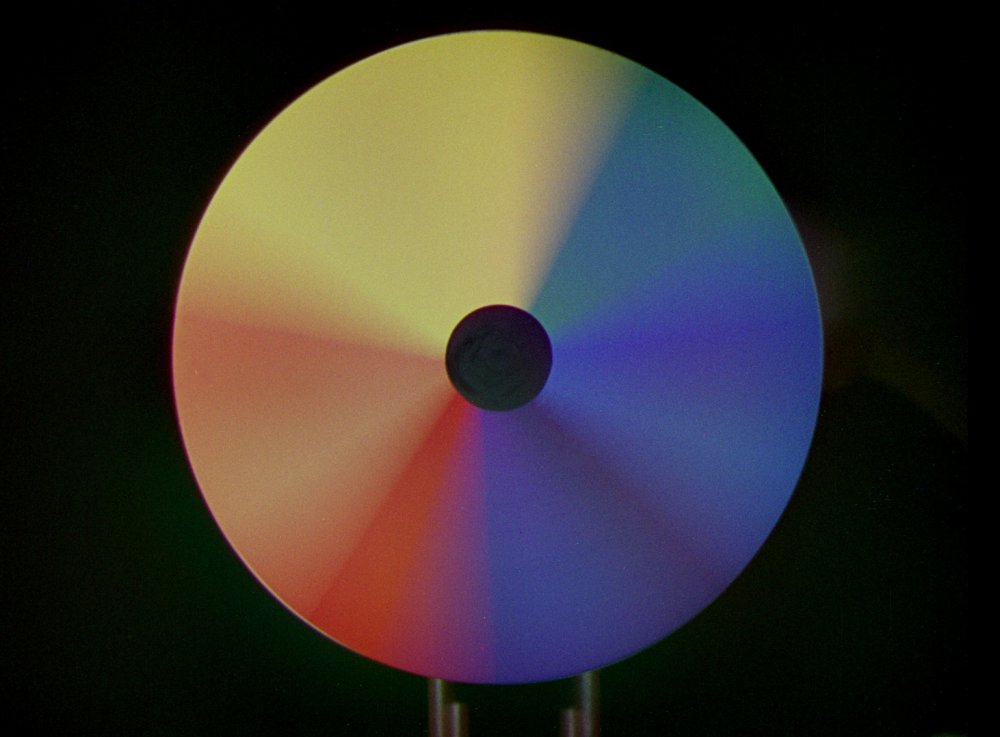 What makes the elusive Ellitt fascinating is precisely that his experimentalism is a little more furtive than Lye’s, more subtly assimilated into a more orthodox documentary approach. Within Sunday’s colour programme at the London Film Festival there’s a contrast with, on one hand, the standard documentary approach of the travelogue Ruins of Palmyra and Baalbek, also shot by Cardiff, and, on the other, more purely abstract, independently produced artists’ films by filmmakers like Malcolm Le Grice, Jordan Belson and Jules Engel.

This Is Colour directly alternates sequences which are informational and figurative with ones that are stylised and almost abstract – but each is the more effective for sitting alongside the other.

This yin-yang quality takes us to the heart of questions about sponsored documentary itself. If you agree with Orson Welles that “the enemy of art is the absence of limitations”, then logically you’ll find the industrially sponsored film fertile aesthetic territory – on top of its obvious value as a historical source. In any case, you can’t understand British documentary of the pre-television era without appreciating that sponsorship was the basis of its business model, nor without giving some measure of ‘co-authorship’ to sponsors themselves. 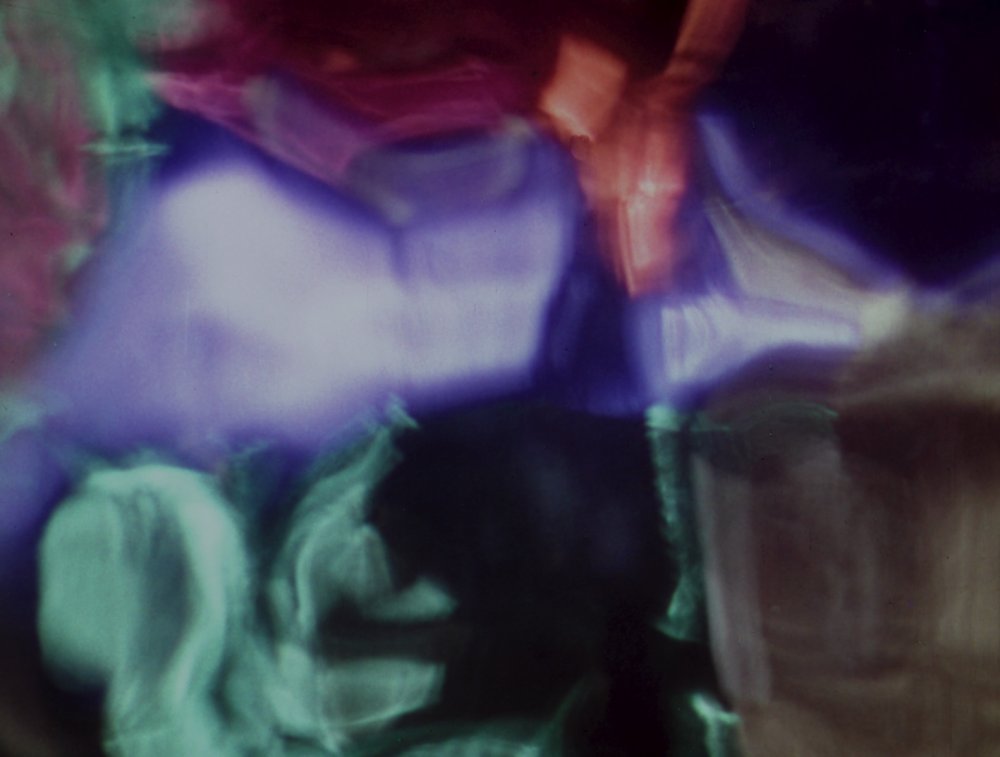 As it happens, ICI counts as another unfairly neglected filmmaker – its many films less widely seen and discussed today than those of other ‘biggie’ film sponsors, such as Shell, BP and British Transport. They have several points of special interest, but the salient one here is that ICI’s was one of only two significant lines of wartime sponsorship outside of the vast programme of public information and propaganda overseen by the wartime Ministry of Information (MOI). The other was the British Council’s.

Both sets of films rarely ‘mention the war’ (completely absent from This Is Colour, whose escapist quality is one of its most attractive features) and – as Street points out – both made much more use of colour, proportionately, than the MOI. As a chemicals giant, ICI had an obvious interest in the potential of colour cinematography to, indirectly, illustrate and promote its work in colour research and in designing and manufacturing dyes widely used across the design and manufacturing sectors.

But the sponsorship strategy here, as I read it, is just as much about a more general positioning of the company in the viewer’s mind as simultaneously both a reliable scientist and a tasteful artist (many of Shell’s films have a very similar strategy). This is no simple advert, then. In today’s parlance, it’s more a piece of branded content, and an opportunity calling for exactly the blend of information and stylisation that Wright and Ellitt, working with Cardiff, were so well placed to deliver. 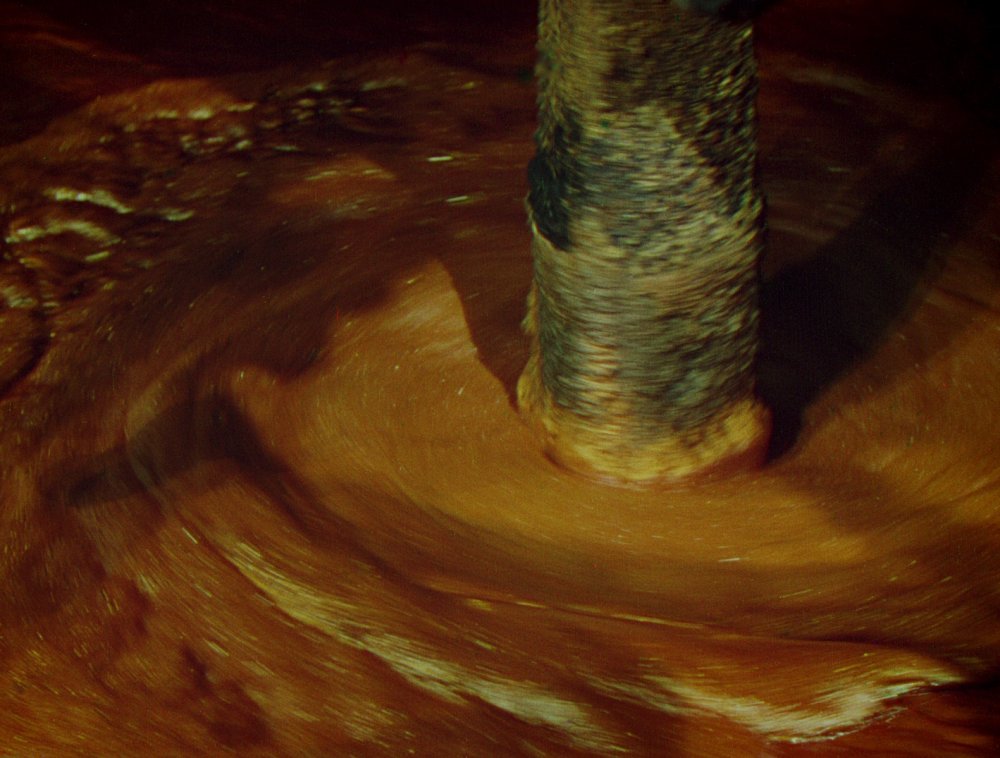 ICI were clearly pleased: in 1947 they commissioned a slight reversion, titled simply Colour, which anecdotal evidence suggests remained in heavy non-theatrical distribution for nearly three decades afterwards – it was then completely remade in 1975. A comparison of the three versions would make for an interesting article in itself, but for its restoration of the original 1942 experience, the BFI National Archive drew on both the early versions.

The ‘yellow cyan magenta’ negatives do not exist, possibly a result of the 1947 reissue involving recutting the original. Comparison reveals that the image in reel one is identical, but in reel 2 the 1947 version has shortened or missing scenes with some in a different order. The BFI used ‘promasters’ for reel 1, and a 35mm technicolor print for reel 2 from which some small sections were missing (again probably due to the 1947 recutting) and were incorporated from a 16mm Technicolor print. We dare anyone to spot them! 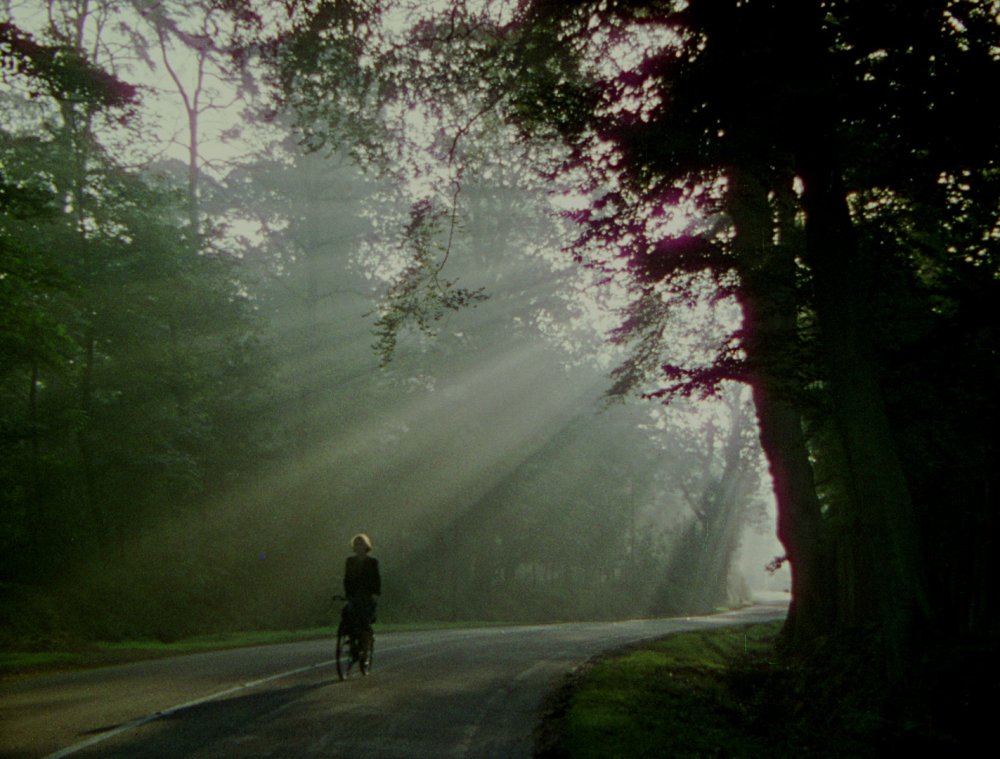 “The restoration challenge was to balance the look across both reels,” explains Kieron Webb, the BFI National Archive’s conservation manager. “The original dye-transfer print is both a colour reference for the first reel and the restoration source for the second. Prints are the end of the filmmaking chain, to be seen in cinemas. Their density, colour and contrast are right for viewing rather than copying. However, it’s precisely when films survive incompletely that restoration is necessary. This Is Colour embodies restoration’s twin aims: matching an historical process through modern systems and making a print look like its own release since it cannot be projected.”

The result is a fine recreation of that beguiling balance, not just of colours but approaches to making a corporate documentary, which is the secret of the film’s richness and great charm.

Now… let all the colours dance.