The Fits: gender, sports and stereotypes – standing out and fitting in

An 11-year-old girl toys with swapping rounds in the ring for synchonised dancing in Anna Rose Holmer’s debut film, which explores how our ideas of our gender are formed as we grow up. 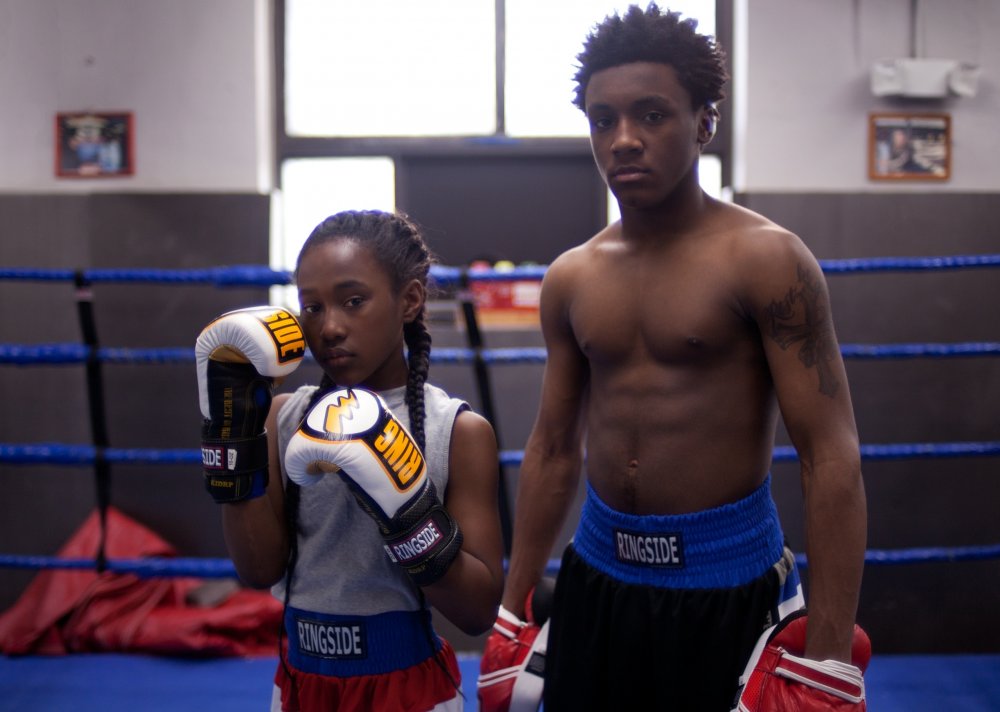 The Fits is in cinemas now. Its release is supported by BFI Film Audience Network

Anna Rose Holmer’s debut feature film, The Fits, with its minimal dialogue and scarce exposition, relies on the power and strength of an 11-year-old girl’s body to tell a story about standing out and fitting in.

Toni (Royalty Hightower) is a typical tomboy: instead of spending time with girls her age, she trains as a boxer with her older brother at a community centre in Cincinnati’s West End. She is muscular and athletic, sporting an androgynous silhouette. She layers her sports bra over a singlet under her t-shirt, somehow simultaneously pre-empting and preventing the visible signs of puberty. Entrenched in the embodied acts of masculinity, she even adopts the male gaze. Her first look at The Lionesses, an all-girl’s competitive dance troupe, plays out in slow-motion: their bodies and their movements are fetishised as different to her own.

Soon, looking isn’t enough for Toni, who yearns for more than the sweat and blood-stained towels boxing leaves behind. She wants to move like the other girls and to be included in their exclusive clique. A choice between the bloodied boxing ring of individualism and the energetic drill battle of choreographed team work stands before her.

Her brother Jermaine (Da’Sean Minor) encourages her to “get in the ring”, but his words implicate both male and female occupied spaces. The binary is confusing for Toni. When she finally makes the decision to join The Lionesses, she traverses rather than changes spaces. At first, she has difficulty in mimicking their eight-count routine with precision; her movements and her gaze become softer than before. It is only after the repetitiveness of practising the sequence that her individual interpretation of the movements transition into the sharpened, regimented and narrow focus that synchronised dance work requires.

Pride in the team ... The Lionesses, the dance troupe at the centre of The Fits
Credit: Oscilliscope Laboratories

The transition is both empowering and emasculating. Suddenly, Toni has friends. Chatterbox Beezy (Alexis Neblett) and quietly conforming Maia (Lauren Gibson) help her pierce her ears and paint her fingernails in gold glitter. She seems happy for the feminine accoutrements but later removes the jewels from infected ears and scratches away at the artificialness of the glitz. Toni comes to realise that some aspects of femininity are performed, and perhaps being a Lioness is more about purring in unison than releasing her own deep-bellied roar.

As the older girls experience the titular fits, she second-guesses her desire to fit in. Being a Lioness doesn’t mean changing her physical body, but it does mean embodying their physical style. Nicknamed ‘Guns’ for her muscular, toned biceps, Toni’s pre-pubescent body somehow symbolises ammunition, the release of which would not be in keeping with pack mentality. She is charged with the difficult task of keeping the animal instincts bubbling up inside her from being unleashed.

The fits themselves are inspired by real-life stories of hysterics and contagion phenomenon. Matching them to expressive dance routines preferences their physical implications above symbolism and metaphor. But nothing can exist in a cultural vacuum. The Fits is loaded with screen references, from Peter Weir’s Picnic at Hanging Rock (1975) to Carol Morley’s more recent The Falling (2014). Still, there is something disconcerting about this movie mystery, which, free of Weir’s postcolonial backdrop and Morley’s classroom setting, seems preoccupied with the dangers of enforced femininity at the expense of a strong, non-stereotypically gender binary body. 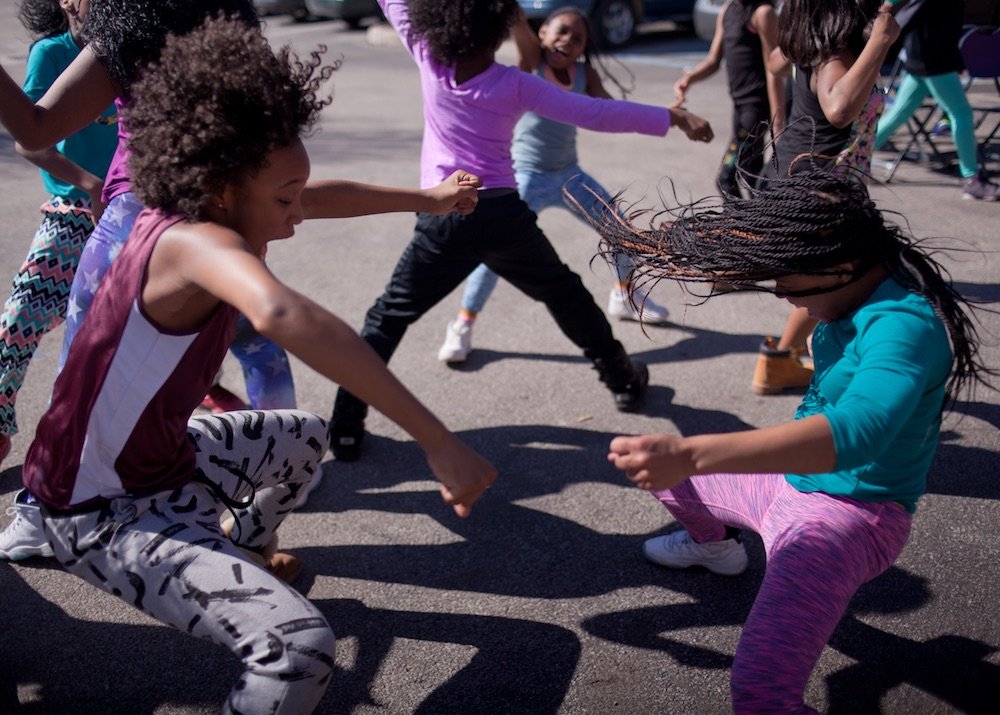 It is not incidental that no two girls fit at the same time or in the exact same way. As the fits are physical, first and foremost, they are characterised in the movements of the bodies of each of the girl. Puberty may be symbolic of physical transformation but there is nothing to say that the fits absolutely must represent adolescent rites of passage, pregnancy, sexual awakening or the onset of menstruation (though all of these readings ring true). Instead, the focus for Anna Rose Holmer, seems to sit squarely in the complicated expression of individualism within the paradox of conformity.

Toni’s body, no matter which space she occupies, is strong. Her movements, even when uncertain, are determined. Both sports she participates in demand discipline, strength and focus, but both have their pitfalls too. Boxing, though gendered masculine, in the context of cinema, also raises questions about permanence and persistence – Martin Scorsese’s Raging Bull (1980) was New Hollywood’s seminal screen text for masculinity in crisis. As such, Toni’s decision to join the dance troupe shouldn’t be read as a surefire sign of weakness. But synchronised, choreographed dance – a Hollywood stand in for sexual dalliance during the Hayes Code – is not an inherently brave act, either.

Still, the girls are Lionesses, proud predators, who express themselves with as much animalism as the hungry, pizza-guzzling depicted boys. And Toni’s 11-year-old body, desperate to stand out while trying to fit in, expresses a stunning complexity through popular discourse around gendered sports stereotypes – whether she is training in the literal or figurative ring.

Related to The Fits: gender, sports and stereotypes – standing out and fitting in