Before Tarkovsky: the little-known original version of Solaris

How does an early TV version of Stanisław Lem’s novel Solaris – among a series of Lem adaptations screening at this year’s Kinoteka Polish Film Festival – compare with Andrei Tarkovsky’s philosophical sci-fi classic? 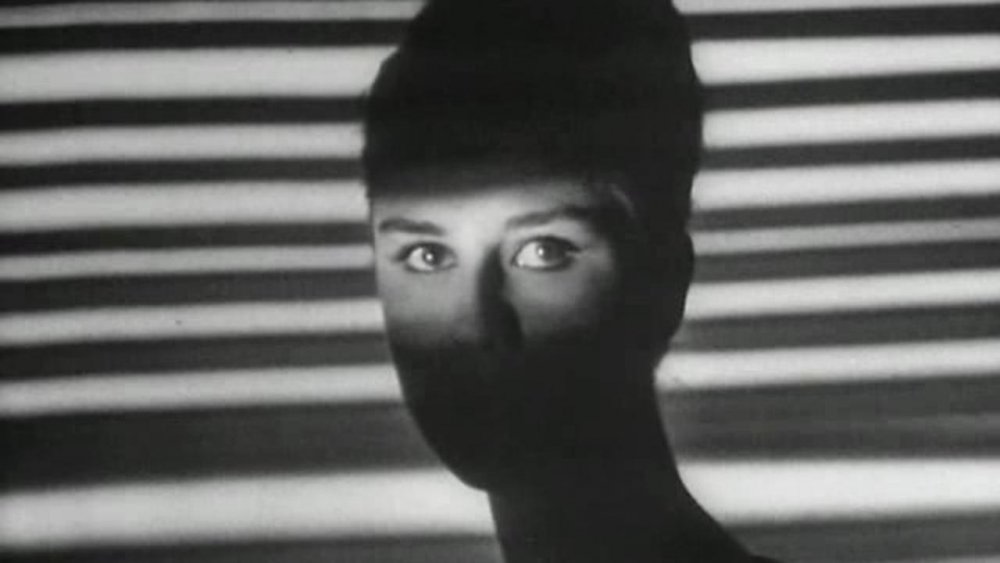 2001: A Space Odyssey screens this month at BFI Southbank

The most internationally popular Polish-born author since Joseph Conrad, sci-fi visionary Stanisław Lem (1921-2006) has long been regarded as the equal of Isaac Asimov, Arthur C. Clarke and Philip K. Dick – although Lem’s admiration for the latter was decidedly not reciprocated. Dick was so convinced that Lem was part of a Communist plot to subvert western sci-fi that he reported him to the FBI.

Lem’s domestic popularity continues to this day, delightfully underscored by his name being comfortably the biggest on the Polish poster for the part-animated adaptation of The Congress (2013), dwarfing Robin Wright, Harvey Keitel and director Ari Folman.

Instead, there’s a much rarer screening (on 14 April) of the very first version of Solaris, made for Soviet TV in 1968 by Lidia Ishimbaeva and Boris Nirenburg.

Whereas the Tarkovsky film spends its first quarter on terra firma, the TV version opens, like the novel, with the arrival of cosmonaut Kris Kelvin (Vasiliy Lanovoy) aboard the space station orbiting the planet Solaris. “Everything’s OK, we’re controlling you,” he’s cheerfully assured by an electronic voice as he comes in to land, a notion that will become decidedly more sinister later on, as it transpires that the planet itself, or at least the mysterious ocean covering its surface, may be influencing the mental state of the station’s inhabitants, causing them to hallucinate based on their own long-buried memories – in Kelvin’s case, of his former girlfriend Hari (Antonina Pilyus), who killed herself a decade earlier.

Both structurally and philosophically, it’s more faithful to Lem’s original than either of the two features, although, as in the Tarkovsky version, the cynical rationalist Dr Sartorius (Viktor Zozulin) gets noticeably more narrative time to compensate for the substantial truncation (mostly to brief voiceover snippets) of Kelvin’s internalised philosophical debates. However, several aspects of the novel are still missing: for instance, Kelvin’s recurring hallucination of a large near-naked black woman, considered inappropriate for both Soviet and American eyes (although presumably for somewhat different reasons). 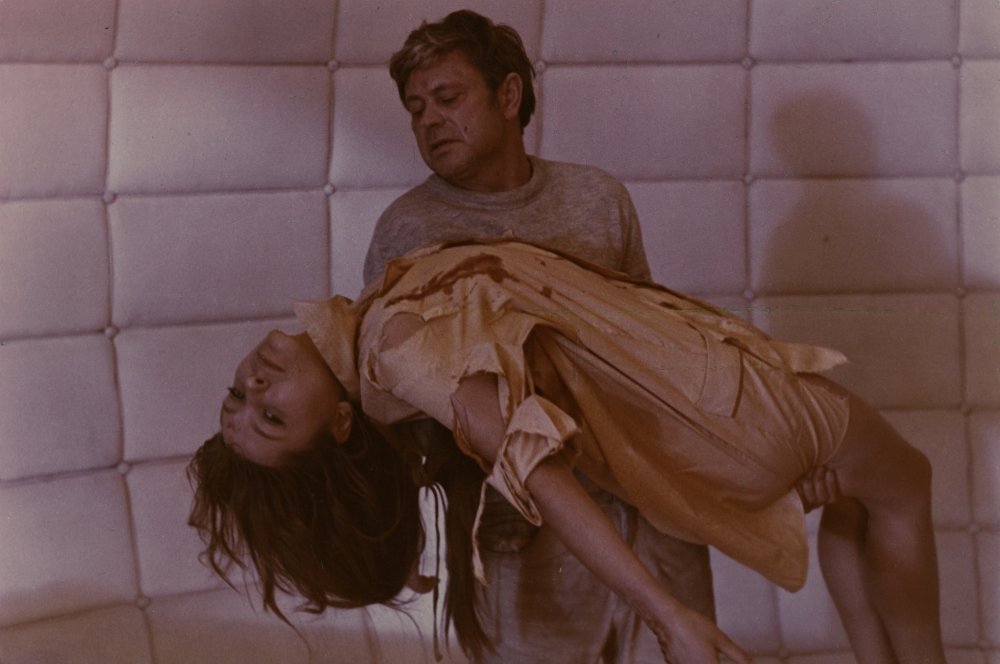 Unsurprisingly, Soviet TV production values can’t compete with big-budget cinema of either the Soviet or Hollywood variety, but the directors concoct imaginative equivalents, notably through lighting (there’s more than one shadow straight out of an Expressionist nightmare, while Hari’s appearances begin with her eyes highlighted by a strip of light as if shone through the slats of a blind), and the squarish picture (the two features are in anamorphic widescreen) intensifies the abiding sense of mental as well as physical claustrophobia.

The Lem retrospective’s two big-screen features are Kurt Maetzig’s Silent Star (1960, screening on 13 April) and Marek Piestrak’s The Interrogation of Pilot Pirx (1979, screening 16 April). The former, adapted from Lem’s debut novel, The Astronauts, echoes Forbidden Planet (1956) and anticipates Ikarie XB-1 and 2001: A Space Odyssey (1968) in its widescreen treatment of an exploratory space mission, populated by a crew that foreshadows Star Trek’s approach to highly visible gender and ethnic diversity. 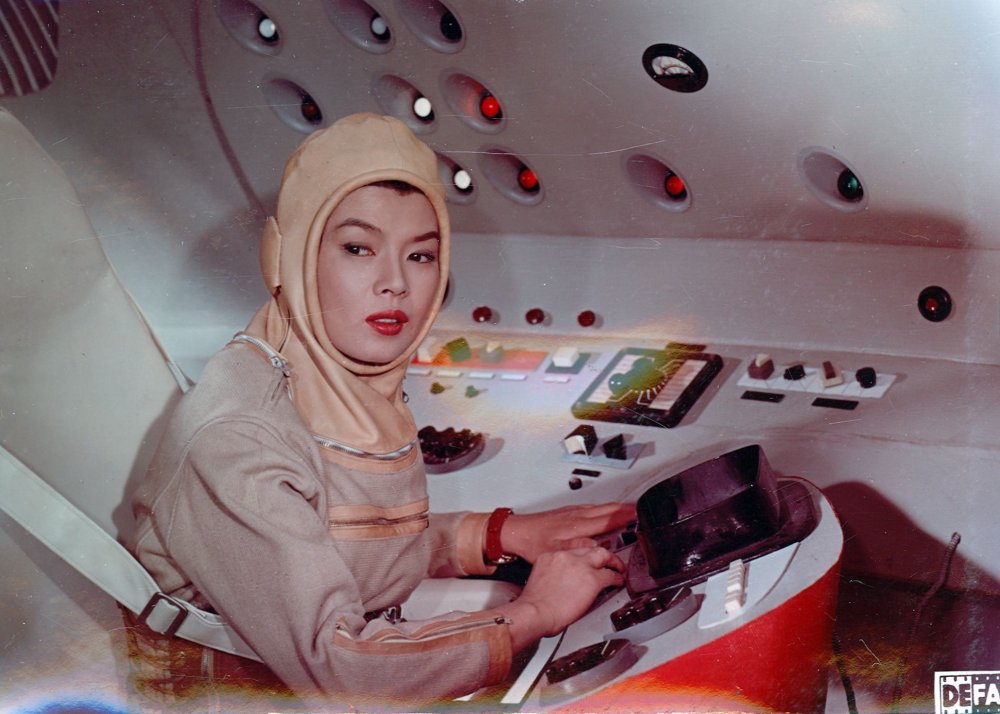 Pilot Pirx (adapted from Lem’s The Inquest) is also about an interplanetary voyage, but the diversity here is between humans and uncannily lifelike androids, with Pirx being required to report on the success (or otherwise) of this experiment, a challenge compounded by him not knowing which is which. So we’re in Alien (1979) and Blade Runner (1982) territory, and what Pilot Pirx lacks in comparable resources it amply compensates for with an absorbing and intelligent script. A further bonus is an original score by a highly recognisable Arvo Pärt, composed when he still needed a steady day job.

Questions of identity also underpin two short Lem adaptations (screening 11 April). Andrzej Wajda’s only sci-fi foray, Roly-Poly (1968), expands the old conundrum about whether an axe is the same implement after multiple replacements of handle and blade into the story of a man who’s undergone numerous organ transplants after a near-fatal crash.

In the Quay brothers’ riveting Maska (2010), a woman struggles with the discovery that she’s not merely a robot under a realistic surface but has also been programmed to kill, while the constantly shifting focal planes (visual, philosophical, gender, motivation) are as instantly recognisable as if the Quays had personally signed every frame.