A few highlights from our exhibition exploring Terence Stamp’s status as actor, writer and style icon. 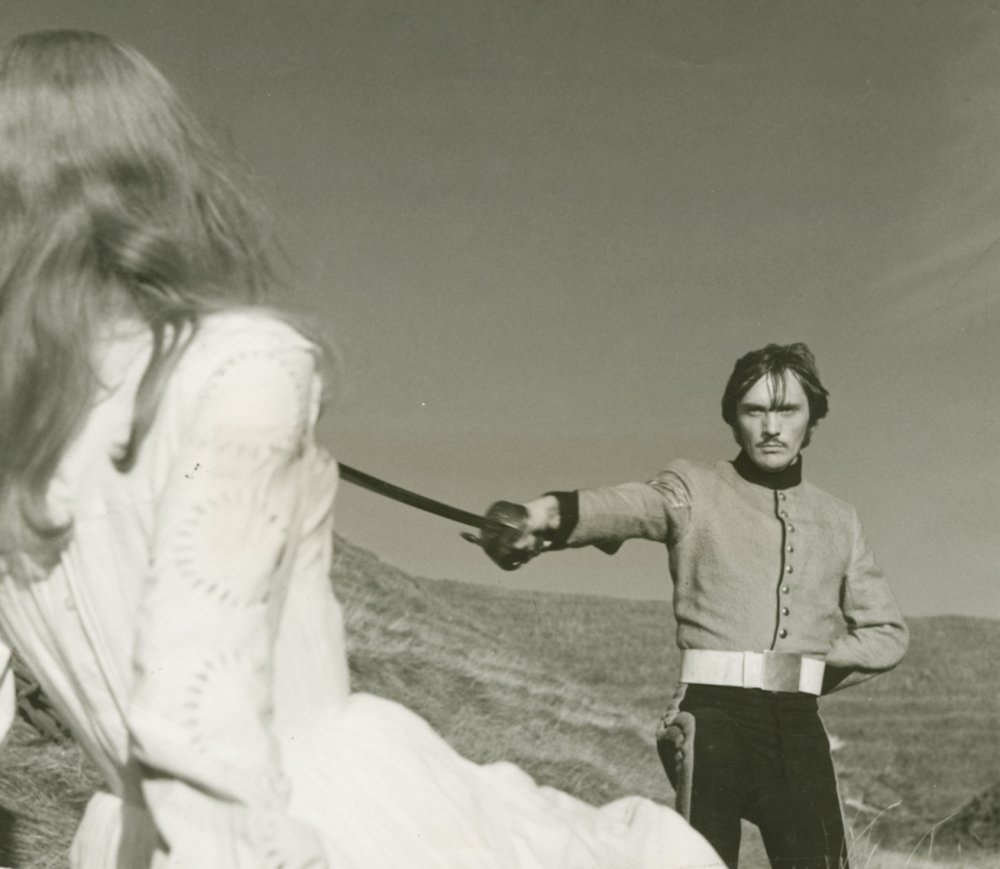 Terence Stamp was one of a new breed of young actors in the 1960s. Like contemporaries Albert Finney and Michael Caine, Stamp came from a working class background and spoke with a regional (in his case, Cockney) accent. His father, a tugboat captain, told his son that acting wasn’t for people like them. But Stamp was inspired by Hollywood actors such as Gary Cooper and James Dean and, after taking a number of different jobs as a young man, won a scholarship to study at the Webber Douglas School of Dramatic Art. He then toured in repertory theatre before securing the title role in his first feature film, Billy Budd (1962)… 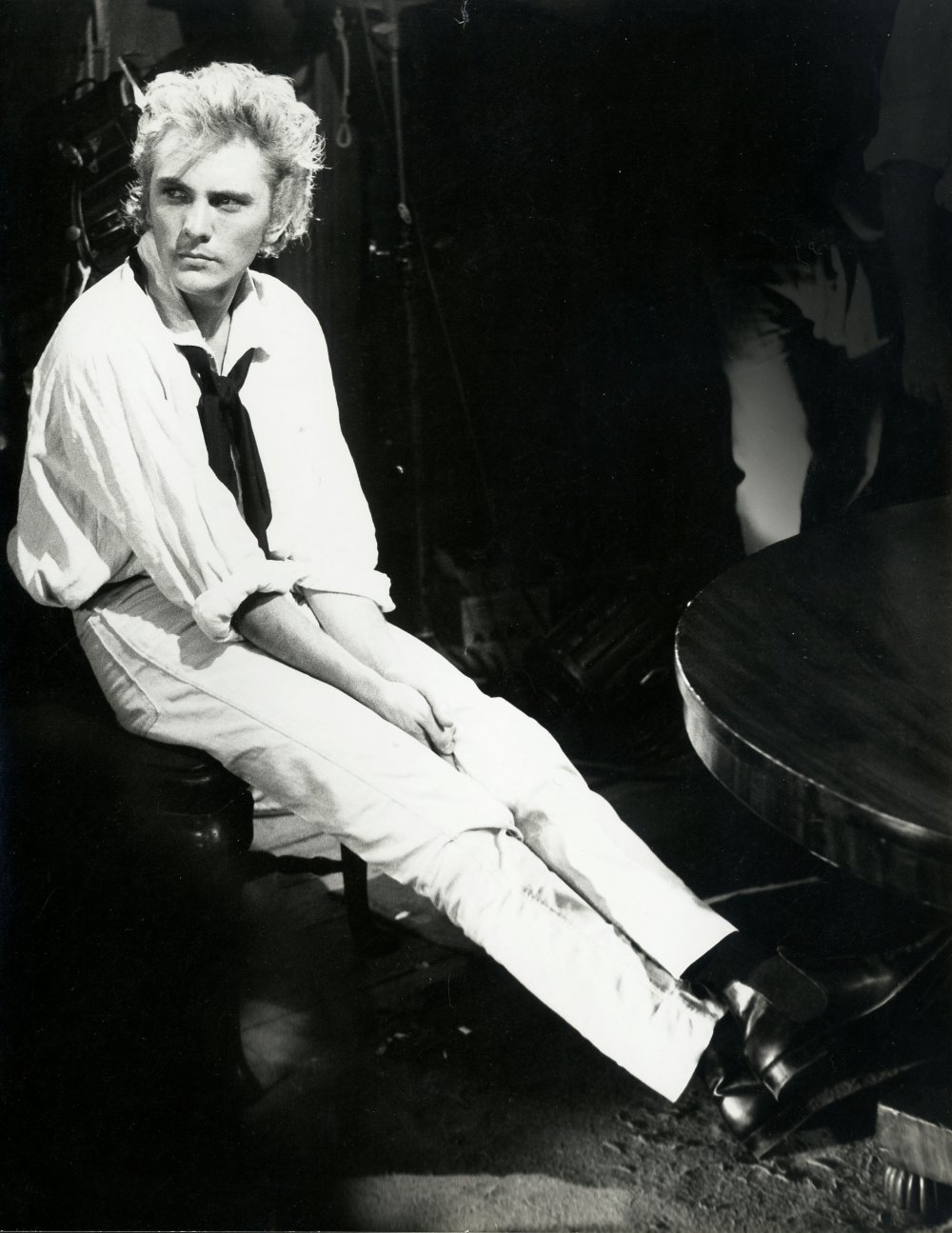 Peter Ustinov’s Billy Budd is an adaptation of Herman Melville’s unfinished novella of the same name. For his first onscreen role, Stamp’s coal black hair was turned ash blond, ostensibly to match Melville’s creation. However, this early draft manuscript page from Double Feature, the third instalment of the actor’s autobiography, explains the real rationale behind the peroxide: 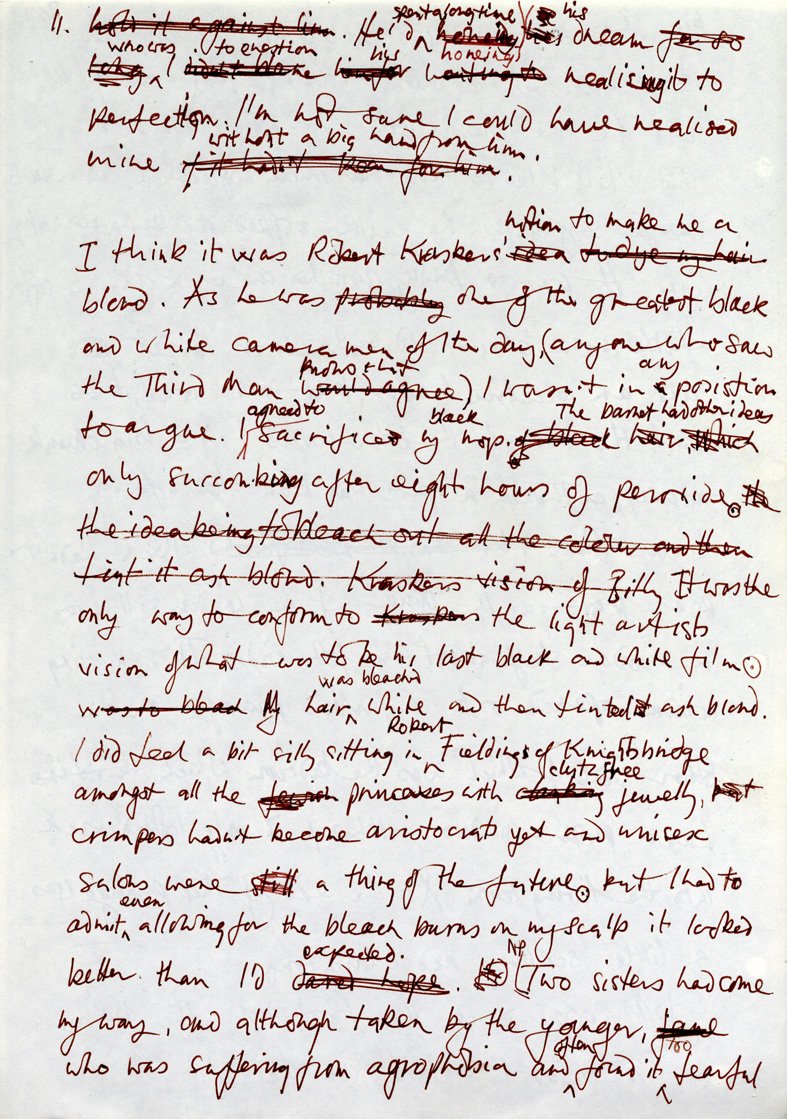 I think it was Robert Krasker’s notion to make me a blond. As he was one of the greatest cameramen of the day (anyone who saw The Third Man knows that), I wasn’t in any position to argue… It was the only way to conform to the light artist’s vision of what was to be his last black and white film. 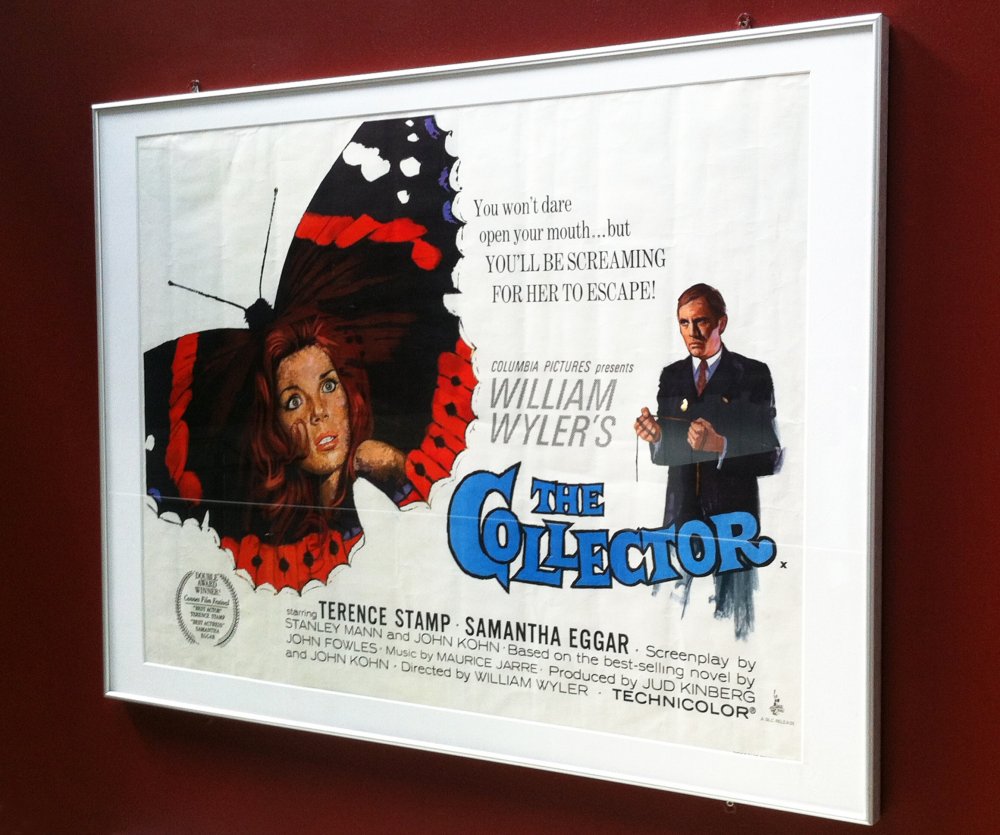 An Oscar nomination for his performance in Billy Budd, and the Cannes Film Festival’s Best Actor prize for his role as neurotic recluse Freddy Clegg in The Collector (1965), meant that by the time Stamp saddled up as Thomas Hardy’s dashing antagonist Sergeant Troy in Far from the Madding Crowd (1967), he was already a 60s film icon.

Troy’s unmistakable uniform, designed by Alan Barratt for John Schlesinger’s adaptation, came from the famous costumiers, Nathan’s. Nathan’s was established as a theatrical costume house in 1790 and specialised in military costume. 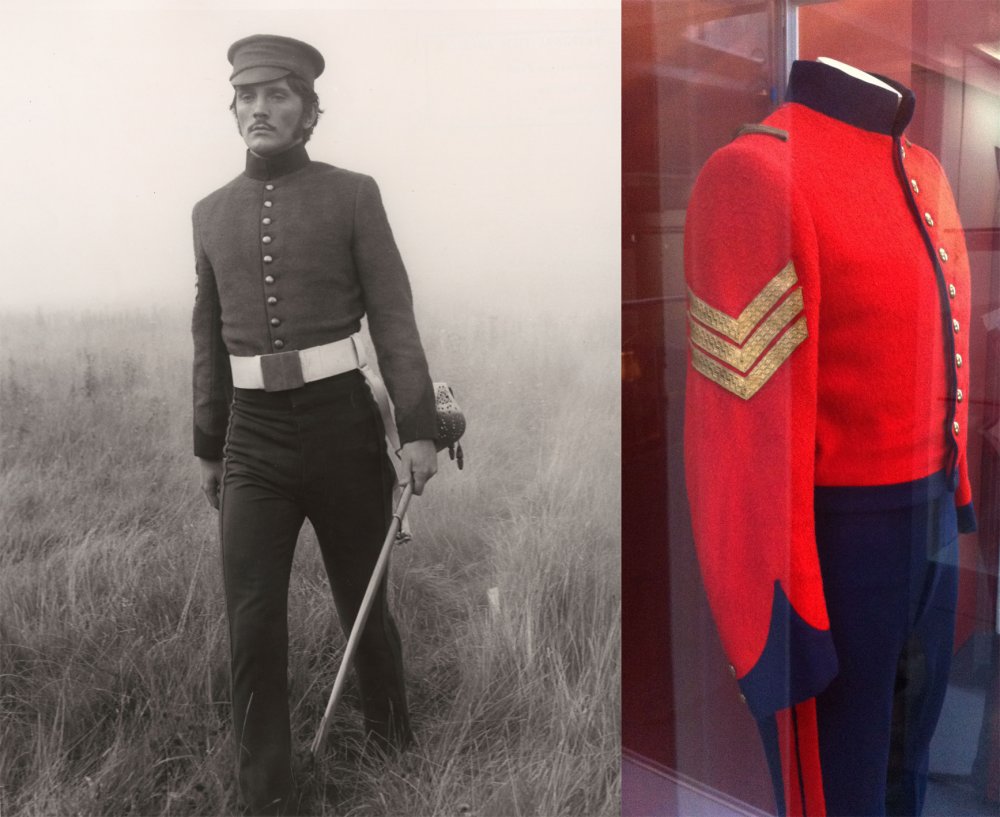 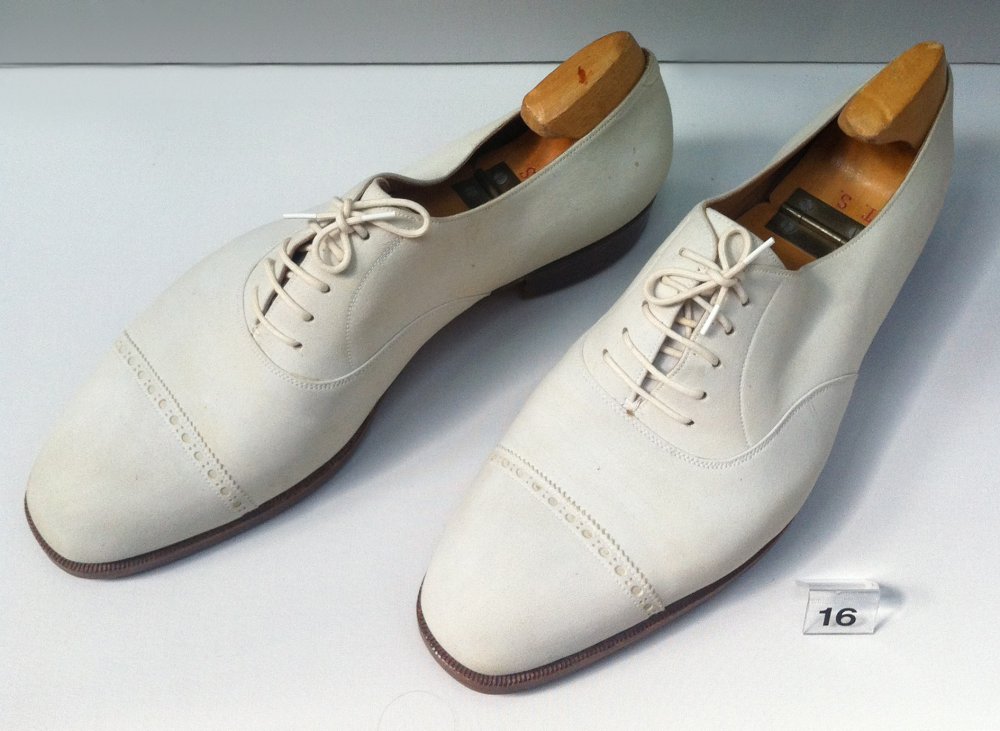 No exploration of the work and life of Terence Stamp would be complete without a nod of appreciation to his sartorial know-how. These striking white Chinese buckskin half brogues, inscribed T.S, were made by George Cleverley, whose previous clients included Rudolph Valentino and Stamp’s first film idol, Gary Cooper.