Stuart Croft – Insights from the archive of the British artist-filmmaker

These documents from the private archive of Stuart Croft reveal the creative processes of a filmmaker working on the boundary of art and cinema, whose unrealised feature owed something to the spirit of Lynch and Buñuel. 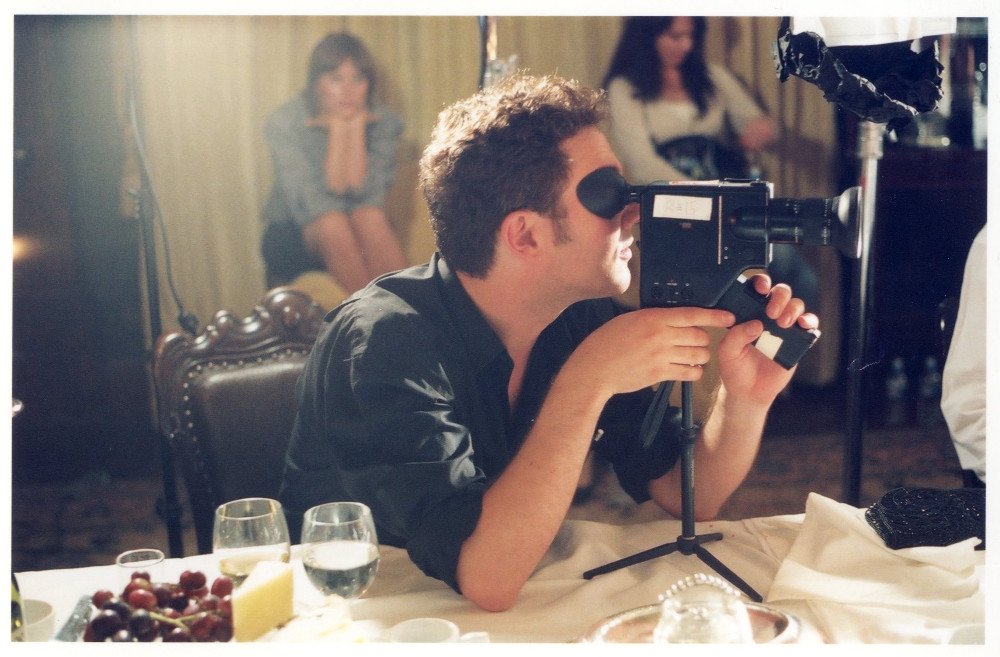 Months pass… [we have returned to the beginning of the script: the film plays on a seamless loop].

This is the last line of the script for the late British artist-filmmaker Stuart Croft’s The Death Waltz (2008). Gathered around a dinner table adorned with silver candelabra, a group of guests listen in silence as an unidentified man regales them with a ghost story. He carries on speaking, but the denouement never arrives. The guests, we gradually realise, are caught in a time loop, their uncanny repetitions creating a structural echo of the undead couple in the man’s story. 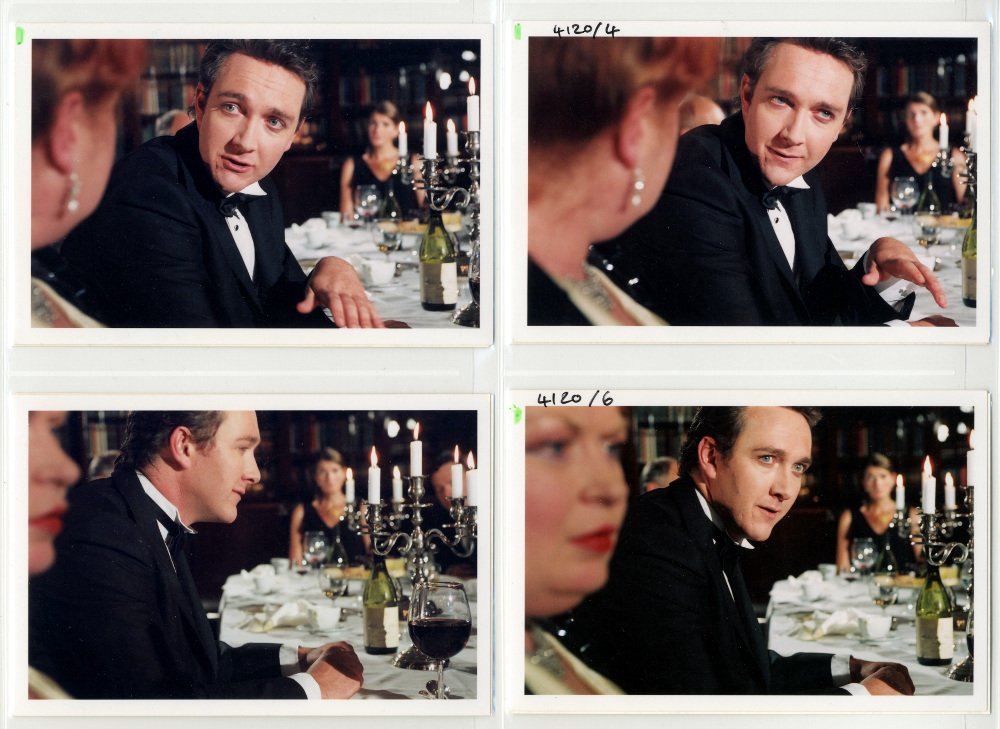 Production stills from The Death Waltz (2008)

Croft’s films exist in an ambiguous space between the cinema and the gallery. Having started out in the early 1990s as an art student stretching adhesive tape over canvases, he turned to video, while putting on shows with titles like ‘Post Neo-Amateurism’ as part of the east London-based curatorial collective Unit. Dissatisfied with what he saw as the poor production values of most video art, he aspired to a more cinematic aesthetic. 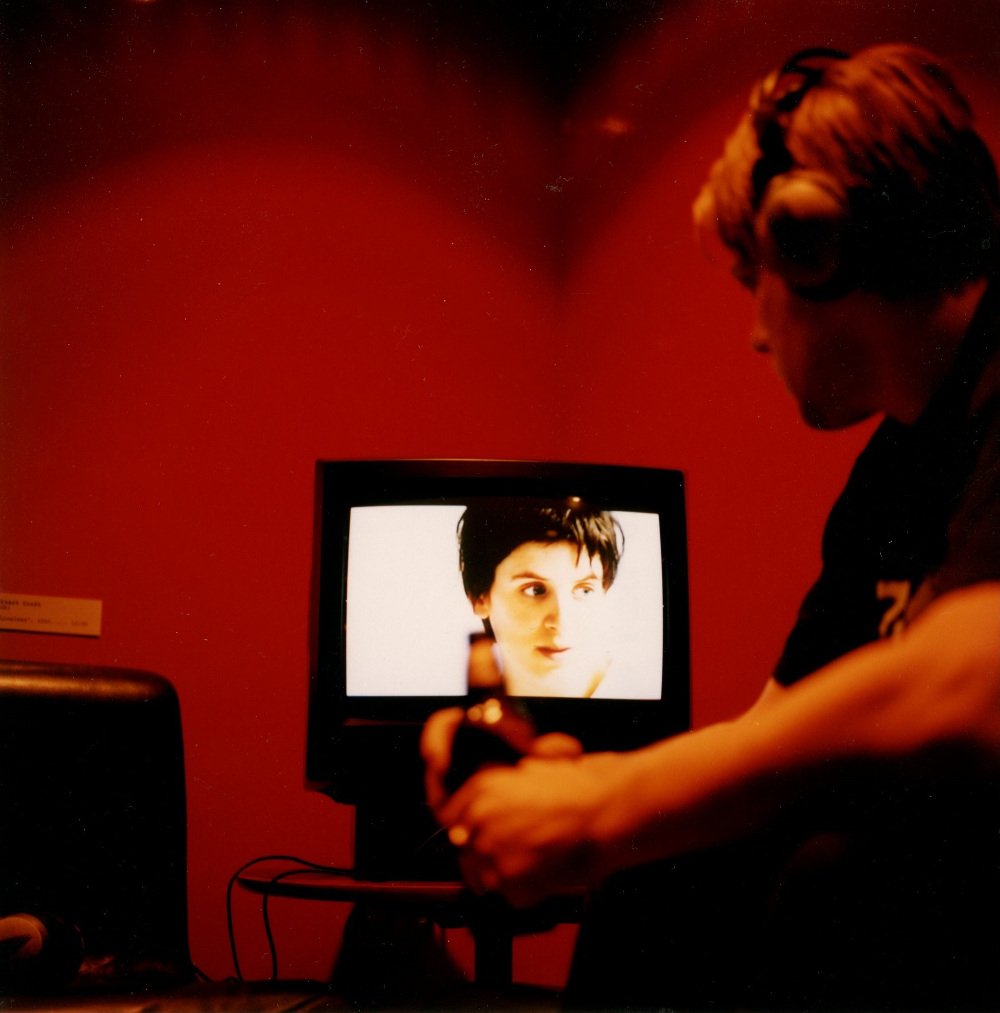 The arc of Croft’s concentrated career – he died in 2015, at the age of 44 – can now be traced through his personal papers, posthumously donated to the BFI National Archive and recently catalogued with the support of the Stuart Croft Foundation. They include production documents for all of his films, as well as exhibition ephemera, notebooks and lecture texts.

The documents for Croft’s earlier films suggest the influence of the structural film movement of the 1960s and 70s, often involving elaborate diagrams of the editing structure, as in the following example for Rococo 55 (2002): 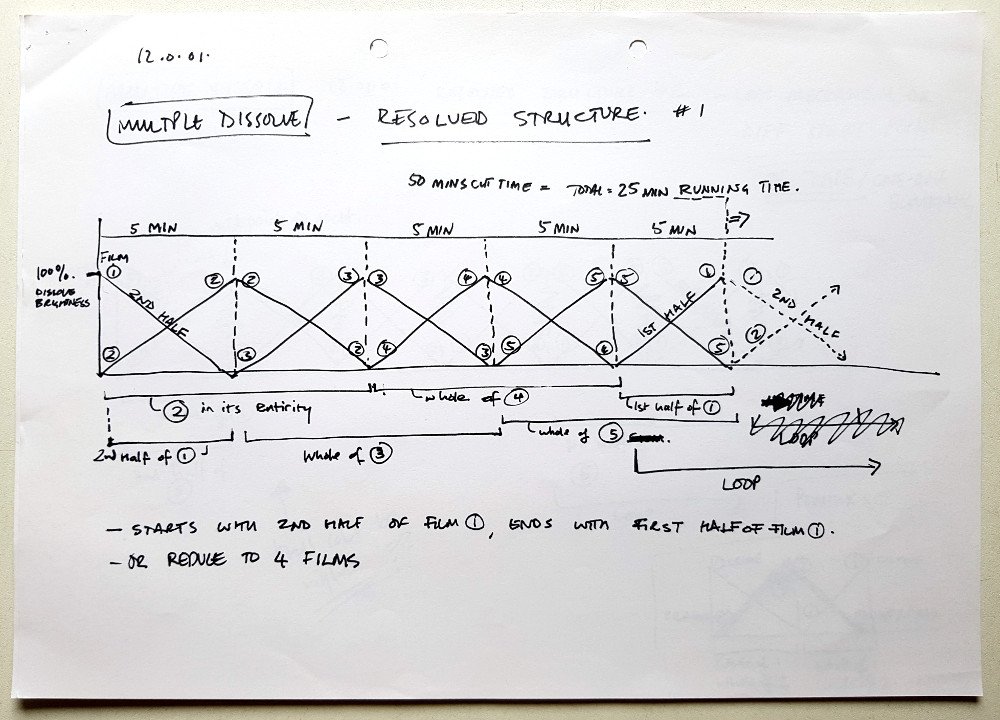 However, these experiments with formal structure take place in fictional settings typical of narrative cinema, particularly those with an air of mystery or unease. The storyboard drawings for The Stag without a Heart (2010) conjure an ‘old dark house’ with subdued hints of gothic horror. 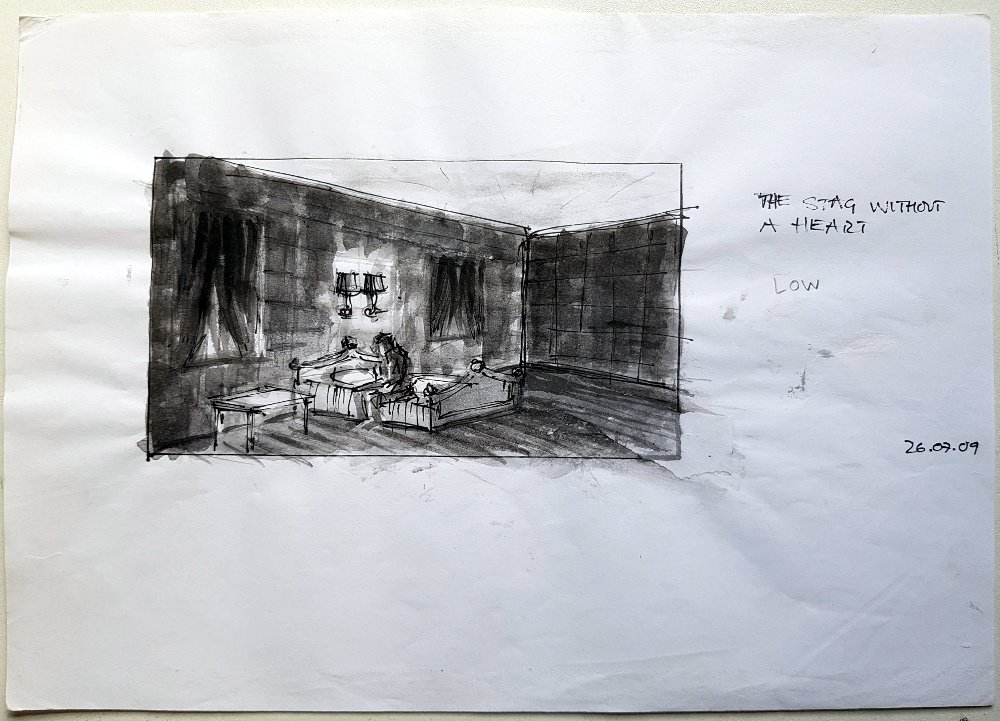 Storyboard for The Stag without a Heart (2010)

Important as visual ideas were for Croft, the element of film production he worked on most obsessively was the script, usually going through multiple drafts in search of some elusive turn of phrase. Although the scripts of his realised films became more minimal over time, moving from dialogue to monologue to – in the case of dance film Comma 39 (2011) – silence, he also worked for almost a decade on an unrealised feature project, The Kingdom of Angels. 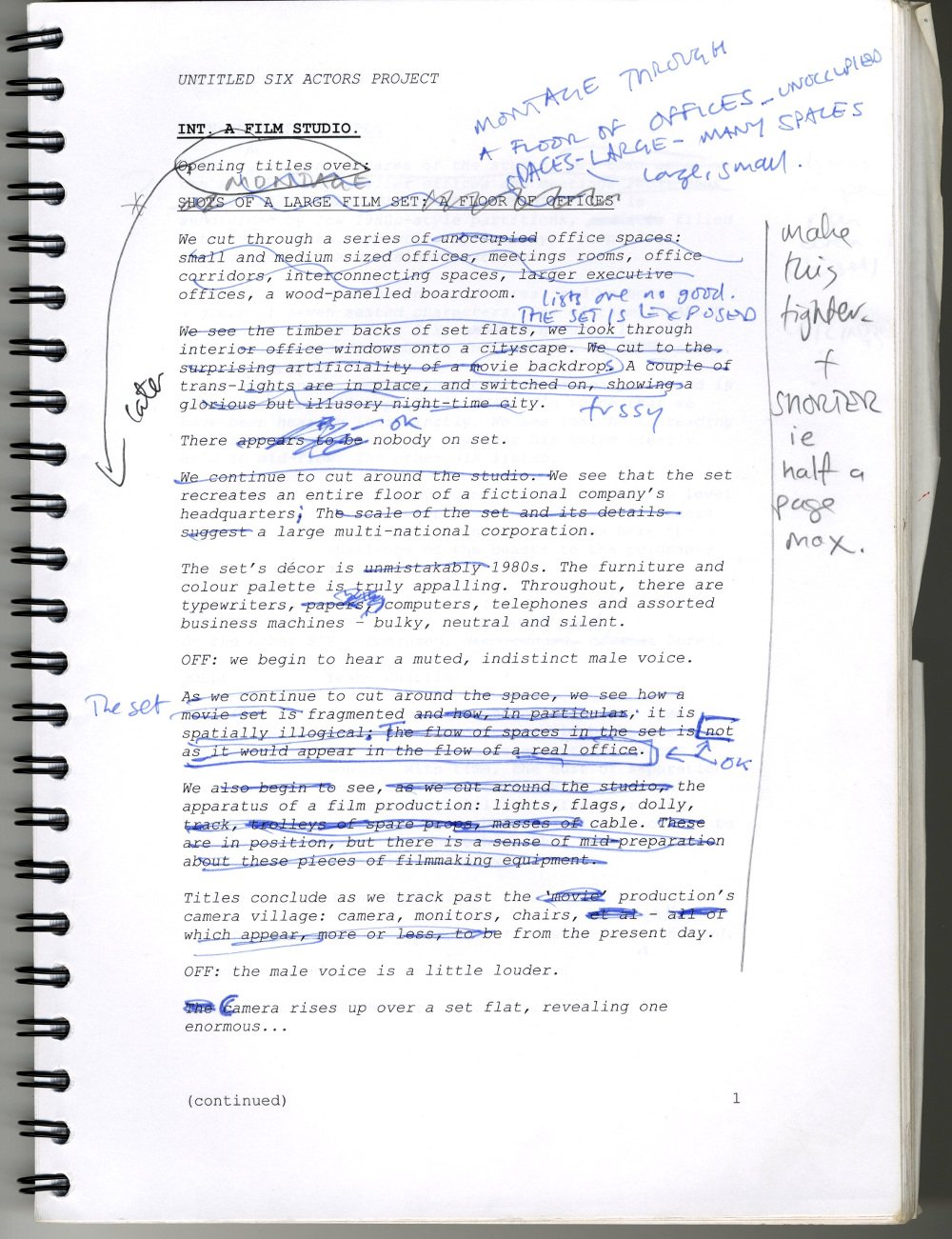 This film would have followed the gradual breakdown of six actors trapped on a Hollywood film set, a scenario that owed something to both Luis Buñuel’s The Exterminating Angel (1962) and David Lynch’s INLAND EMPIRE (2006). Croft produced 12 successive drafts of the script, and was working on a 13th at the time of his death. Along the way he also set up meetings with producers in Los Angeles and Berlin, but struggled to attract financial backing for a project deemed too uncommercial.

Although he may have dreamt of big budget studio spectacles, he continued to regard the art gallery as a space of utopian potential. In a lecture he gave to students at Sotheby’s – recently ‘re-enacted’ at an event in the BFI’s Experimenta strand – he wondered whether the form of the gallery loop might not come closer to approximating reality than conventional narrative film, becoming “more authentic, more truthful perhaps” in its refusal of finitude. 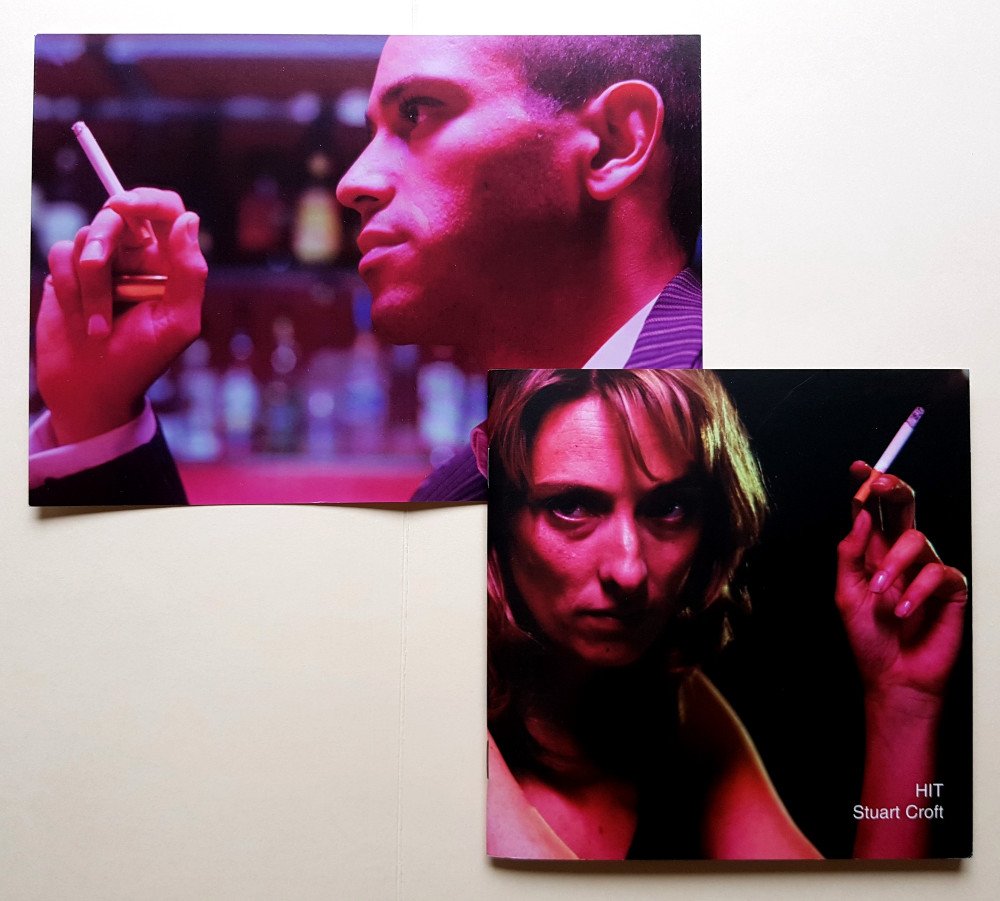 At the same time, his vision of the art world was resolutely Darwinian: “It is big business, an industry, as corrupt and as susceptible to competition and hierarchy as any other. I’m not actually saying this is bad, it’s not – it’s the natural order of things.” These competing impulses of scepticism and enthusiasm are visible in his notebooks, which contain critical reflections on his own projects alongside notes on his energetic efforts to develop the Moving Image Studio (and Pathway) at the Royal College of Art, where he taught for just over a decade. 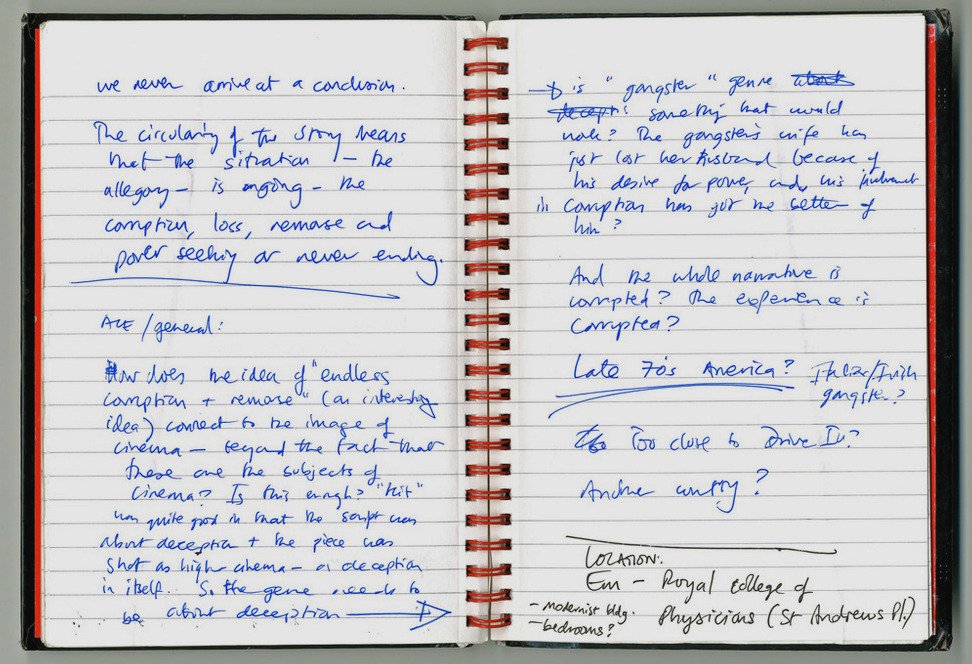 Croft’s archive will be of interest to those researching artists’ moving image, film education or independent film production more generally. The catalogue is now accessible via BFI Collections Search.

Promoting engagement with the collection is one of the goals of the Stuart Croft Foundation, which recently granted a research award to curator and filmmaker Adam Roberts for a project that will explore archival residues and absences.