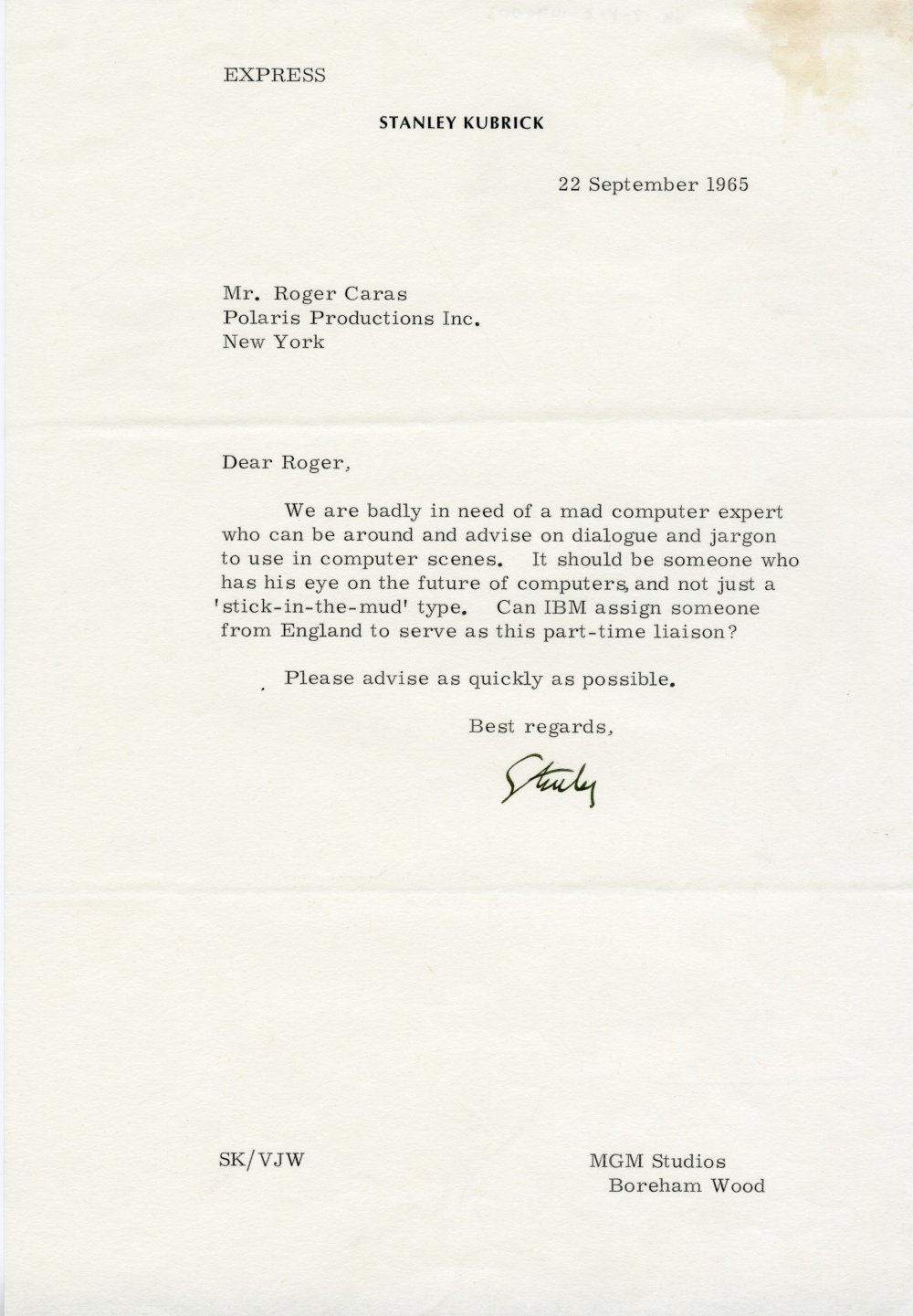 Memo to Roger Caras from Stanley Kubrick
Credit: With thanks to the SK Film Archives LLC, Warner Bros., the Kubrick family, and University of the Arts London

is back in cinemas nationwide from 28 November.

On 22 September 1965, during early production on 2001: A Space Odyssey, Stanley Kubrick fired off this short memo to his collaborator Roger Caras, then vice-president of the director’s production company Hawk Films.

“We are badly in need of a mad computer expert who can be around and advise on dialogue and jargon to use in computer scenes. It should be someone who has his eye on the future of computers, and not just a ‘stick-in-the-mud’ type. Can IBM assign someone from England to serve as this part-time liaison?”

Kubrick was himself fascinated with advancing computer technology and consulted with IBM on details for HAL, the film’s sentient mainframe, which malfunctions during a US mission to Jupiter.

A later memo from Kubrick to Caras on 31 August 1966 expressed concern that IBM were fully aware that his film’s super-computer wasn’t all it was cracked up to be.

“Does IBM know that one of the main themes of the story is a psychotic computer?” he wrote. “I don’t want to get anyone in trouble, and I don’t want them to feel swindled. Please give me the exact status of things with IBM.”

It has often been suggested that HAL’s name was derived from a one-letter shift of the computer company’s name, but both Kubrick and Clarke strenuously denied this: in Clarke’s novel, HAL is a derivation of Heuristic ALgorithmic computer.

As HAL itself nearly says, the misapprehension “can only be attributable to human error”.