Is Close Encounters of the Third Kind Spielberg’s most optimistic film? 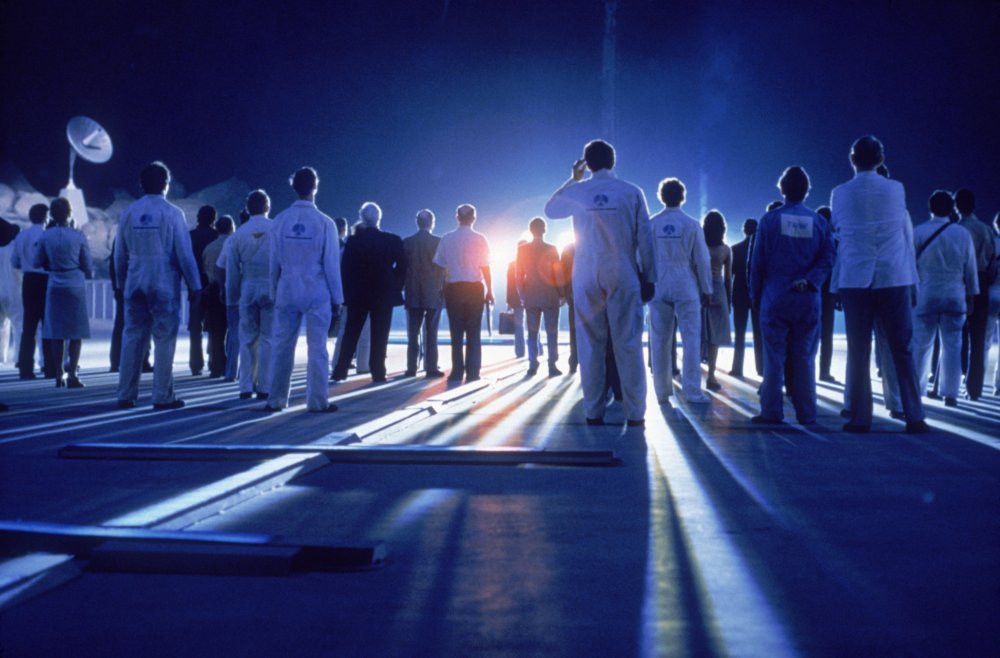 While on first glance it might seem the quintessential Spielberg film, discrepancies place Close Encounters of the Third Kind (1977) slightly apart. When considered in relation to Spielberg’s later science fiction films and their more conservative attitude to family, their overtly pessimistic view of human nature, their ambivalent presentation of the other, the cosmic outlook and wide-eyed optimism of Close Encounters marks it, alongside 2001: A Space Odyssey (1968) (one of Spielberg’s primary influences on Close Encounters), as utopian – even transcendent – science fiction.

With the arguable exception of E.T. (1982), Spielberg hasn’t taken this approach since then (his subsequent futuristic fables have been determinedly dystopian); although he did, of course, return to Close Encounters twice more – the Special Edition (1980) and the Director’s Cut (1998) – indicating that the film might still continue to represent to its director a small ray of light in an otherwise increasingly dark world view.

Since Empire of the Sun (1987), Spielberg has become more interested in portraying loss of innocence than (in his words) the “celebration of a kind of naiveté” that Close Encounters represents. Indeed, War of the Worlds (2005) is almost the complete inversion/negation of Close Encounters inasmuch as Spielberg presents the genocide of human beings rather than mankind’s transcendence as the likely outcome of an alien visitation; and rather than having the protagonist leave behind his family to discover a world beyond the stars as Close Encounters’ Roy Neary (Richard Dreyfuss) does, Spielberg, in War of the Worlds, has Ray Ferrier (Tom Cruise) fight tooth and nail to protect his children from ET. 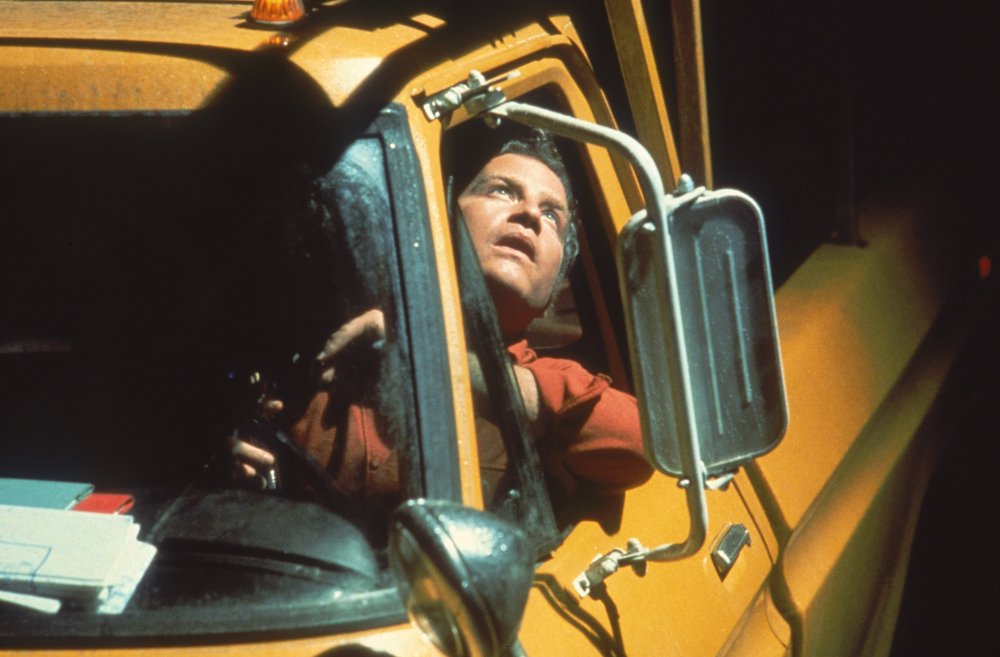 A comparison of Close Encounters’ symbolically named Barry Guiler (played by four-year-old Cary Guffey) with the robot-boy, David, (Haley Joel Osment) in A.I. (2001) shows how Spielberg’s ‘star-children’ have darkened, too. (The visual metaphor of the little girl in the red coat destined for the funeral pyre in Schindler’s List (1993), and the Jewish children driven to hide in cess pits in order to survive Auschwitz, marks a pivotal moment in Spielberg’s cinema in terms of his changing representation of childhood, portraying an inexorable end of innocence.) 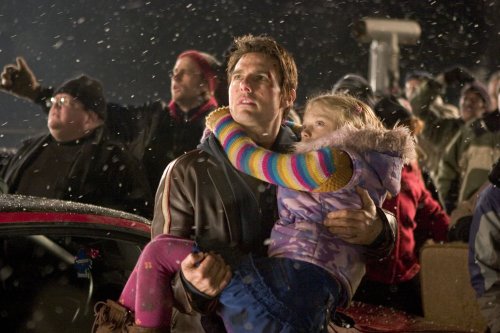 Survival in Spielberg’s later work becomes less a matter of wider co-operative social endeavour than a need to protect oneself – and, more to the point, one’s family – against a common enemy. The romanticised paternalism of Oskar Schindler (Liam Neeson) is thus replayed in War of the Worlds with greater reactionary inflection, as Ray locates within himself his capacity for violence as a means of survival for himself and his children. What Spielberg is sanctioning in the film is not violence per se. Rather, it’s the sanctity of family that Spielberg champions above all else, something that has come to replace Close Encounters’ advocation of cosmic open-mindedness as Spielberg’s project in his later films.

At the root of Spielberg’s concern lies the fear of the family’s violation by (ultimately) external forces. This scenario (elements of it already exist in 1975’s Jaws) is played out in the destruction of family and home by Martians in War of the Worlds, the invasion of privacy by technology and corresponding disruption of family structures in Minority Report (2002); and in the threat to family members by the devastations of war (Saving Private Ryan, 1998; War Horse, 2011), government-sponsored terrorism (Munich, 2005) and escalating Cold War hostility (Bridge of Spies, 2015). In later Spielberg, only the strength of familial bonds enables these threats to be vanquished (or at least temporarily assuaged). 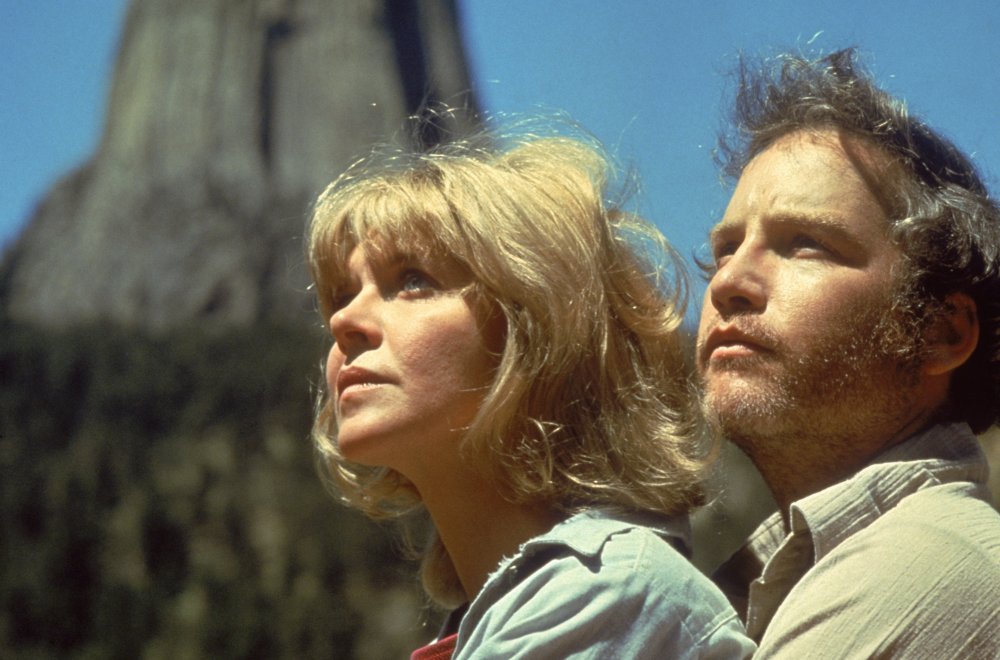 Therein the artist and his work have diverged significantly in the years since Close Encounters was made. “I was a real devotee of the UFO phenomenon in the 1970s”, Spielberg remarked in 2007, “but since then, I’ve revised my thinking.” But even if Spielberg now sees in his film only the “blind optimism” of his youth, the transcendent philosophy of Close Encounters prevails in some areas of science and culture.

During the filming of Close Encounters, a rumour spread that the film was being secretly sponsored by an American government agency as part of its acclimation programme to ready humankind for imminent first contact with extraterrestrials. Such rumours are, of course, good old-fashioned urban myths (like the one about Stanley Kubrick ‘directing’ the fake Apollo moon landings). In some ways, however, there is a sense – conspiracy theories aside – that Spielberg may have achieved something along those lines with Close Encounters. Its cosmic outlook has influenced not only subsequent science fiction films (and a subculture still obsessed with Roswell, Project MK-Ultra and ‘little green men’) but also areas of legitimate scientific enquiry. 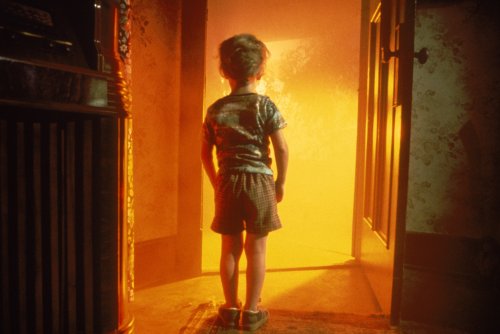 The recent detection of Earth-like planets (such as Kepler 186f) that may be capable of sustaining life in the habitable zones of distant stars has prompted SETI (Search for Extraterrestrial Intelligence) scientists to consider actively messaging the night skies in the hope of detecting extraterrestrial intelligence. And while areas of the scientific community still seem stuck in what Dr J. Allen Hynek (consultant for the US Air Force’s Project Blue Book, and technical advisor to Spielberg on Close Encounters) termed ‘cosmic provincialism’, others feel that as a civilisation we, like Roy Neary, are in dire need of the kind of transformative contact with alien intelligence that Close Encounters represents. As posthumanist scholar Elana Gomel puts it: “We need aliens because we are already alien to ourselves.”

If Spielberg hesitates, then, between the childlike and the childish in his own view of Close Encounters, perhaps the reason lies, not so much in Spielberg’s own ideological contradictions, as in the simple co-existence of the two states inside Roy, and by extension, in us all. Neary retains a child-like potential, a receptivity to the aliens and what they represent: growth, renewal and willingness to ‘go abroad’, but at the same time he’s kept in a state of cosmic immaturity by social constraints. It’s his defiance, as much as a childlike openness – his courage and willingness to break society’s rules – that ultimately transforms him. 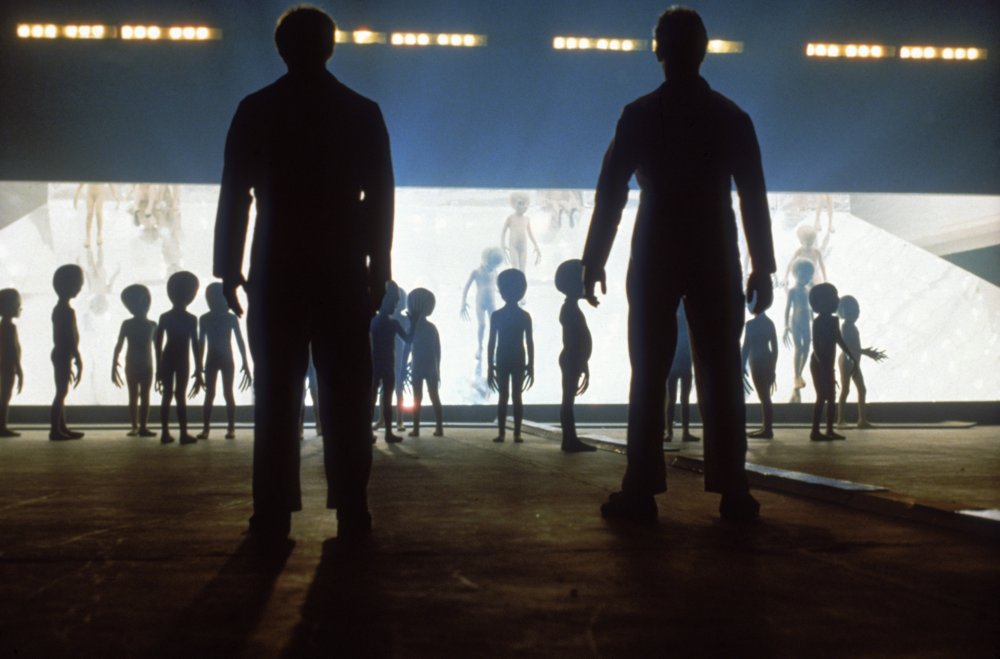 “We need extraterrestrial civilisations to introduce us to an array of possibilities and variations beyond our past experience and also to shock us out of such parochialisms as regarding ourselves as the summit and final goal of evolution”, announced scientist Ben Finney to a team of specialists in history, theology, anthropology, psychology, sociology, international law and political science at a SETI Institute conference in 2000. It’s like a moment straight out of Close Encounters, like a speech given by Lacombe (François Truffaut) to the United Nations: one that looks forward – as Spielberg once did (and, who knows, perhaps still does) – to a new epoch in humankind’s evolution and our journey into the sublime.

Related to Is Close Encounters of the Third Kind Spielberg’s most optimistic film?