The spell of The Tempest: Derek Jarman designs

Beautiful designs and annotations from Derek Jarman’s notebooks reveal the magical thinking behind his version of The Tempest. 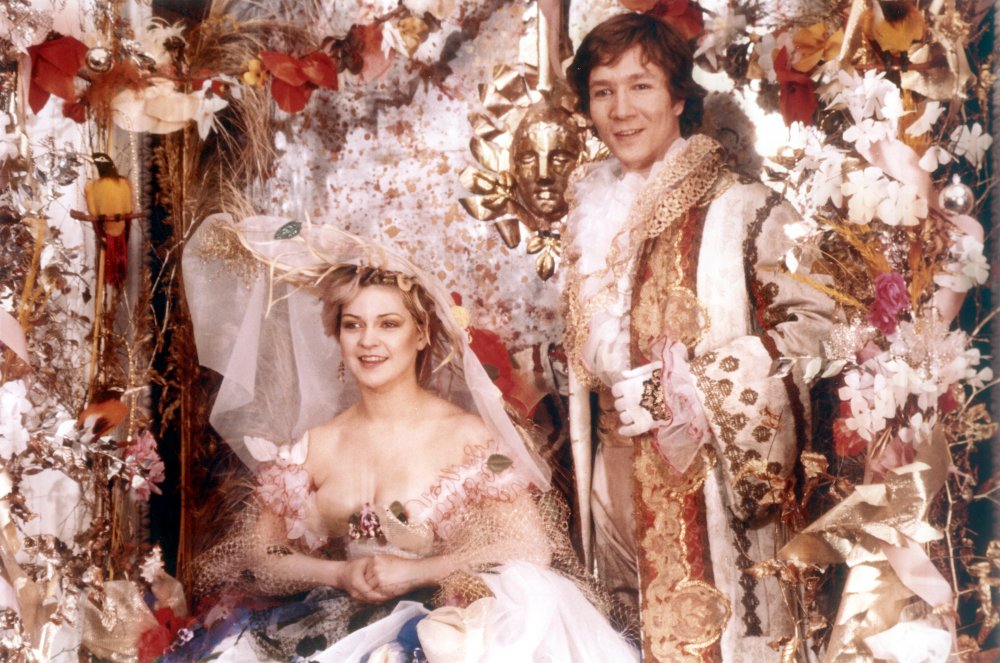 The items included in this article are held in the BFI National Archive’s Special Collections.

The English Renaissance was a period that fascinated Derek Jarman and he had an enduring love of Shakespeare. He had wanted to film The Tempest for several years before he finally made it in 1979. His version of the play draws on and celebrates the Renaissance world of magic.

Shakespeare’s protagonist, Prospero, is a magician with the ability to exert control over the elements, and over beings such as the spirit Ariel, and the more earthly Caliban, both of whom he enslaves. Prospero is widely thought to be based on Elizabethan astrologer and alchemist John Dee. Dr Dee certainly influenced Jarman’s conception of Shakespeare’s character; indeed his previous film, Jubilee (1978), features Richard O’Brien as Dee, who transports Elizabeth I forward in time to 1970s Britian. 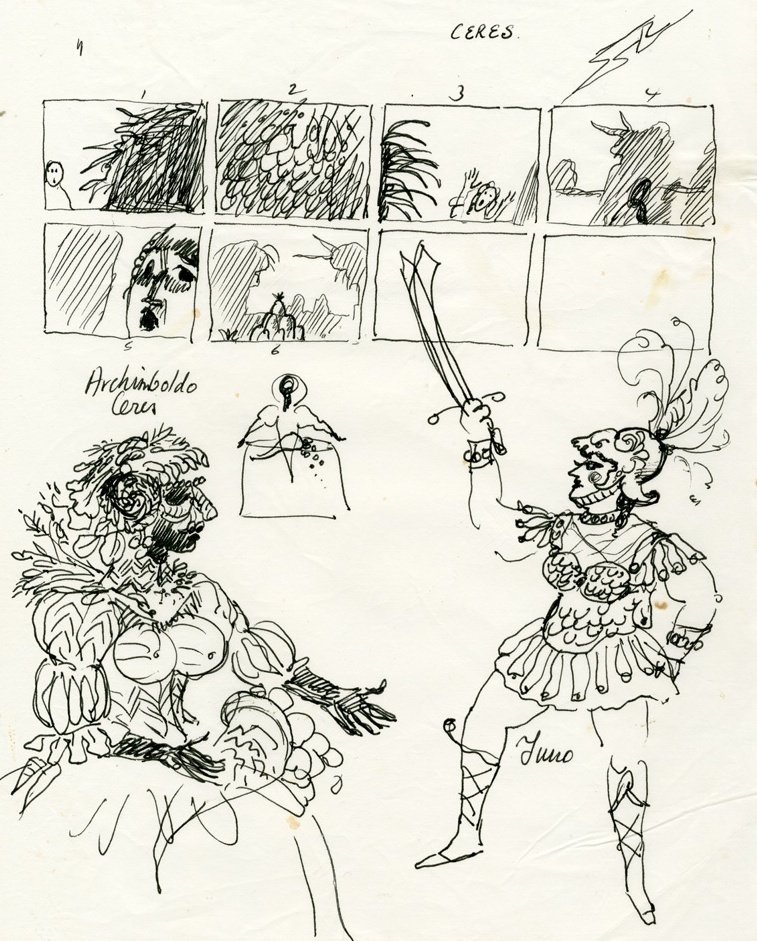 Storyboard and designs for the masque scene in The Tempest (1979)
Credit: The Estate of Derek Jarman

The masque – a form of festive, courtly entertainment – was a key element of Elizabethan and Jacobean drama. Scenes such as those imagined in the sketches above, depicting the appearance of goddesses from classical mythology, offered the opportunity to delight and amaze audiences with magical theatrical effects.

In the final version of Jarman’s film, the masque is reinterpreted and the three goddesses combine into one glorious form, the singer Elisabeth Welch. Her rendition of ‘Stormy Weather’ is full of the magic and spectacle (plus a healthy helping of camp) that the masque traditionally provides. 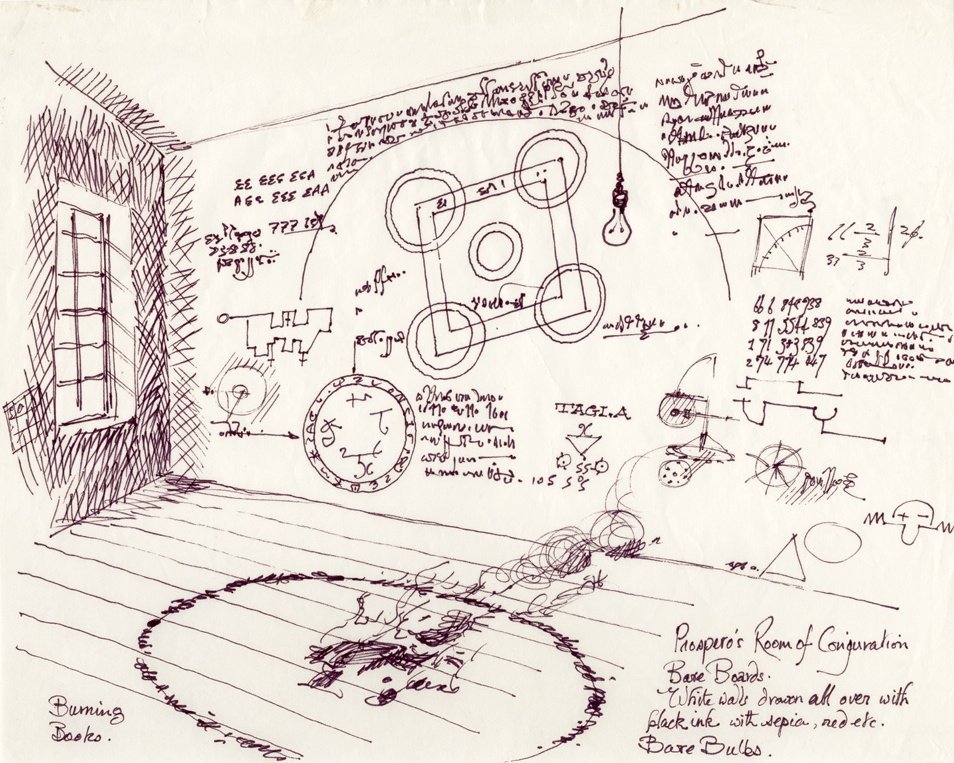 Jarman kept this concept design for Prospero’s “room of conjuration” bound into one copy of his script for The Tempest.

Jarman’s extensive handwritten notes consider the importance of magic to The Tempest and how contemporary audiences would have received Shakespeare’s play when it was first performed in 1611. It was the reign of James I and the Elizabethan notion of sympathetic magic was no longer in favour. Jarman develops this to think about how a modern, 20th-century cinema audience conceive of the idea of magic (in “the style of Hammer or the excesses of a film like Rosemary’s Baby”).

Jarman is clear about his own intentions as he states: “I hope to capture something of the mystery and atmosphere of the original […] There are films where magic works.” 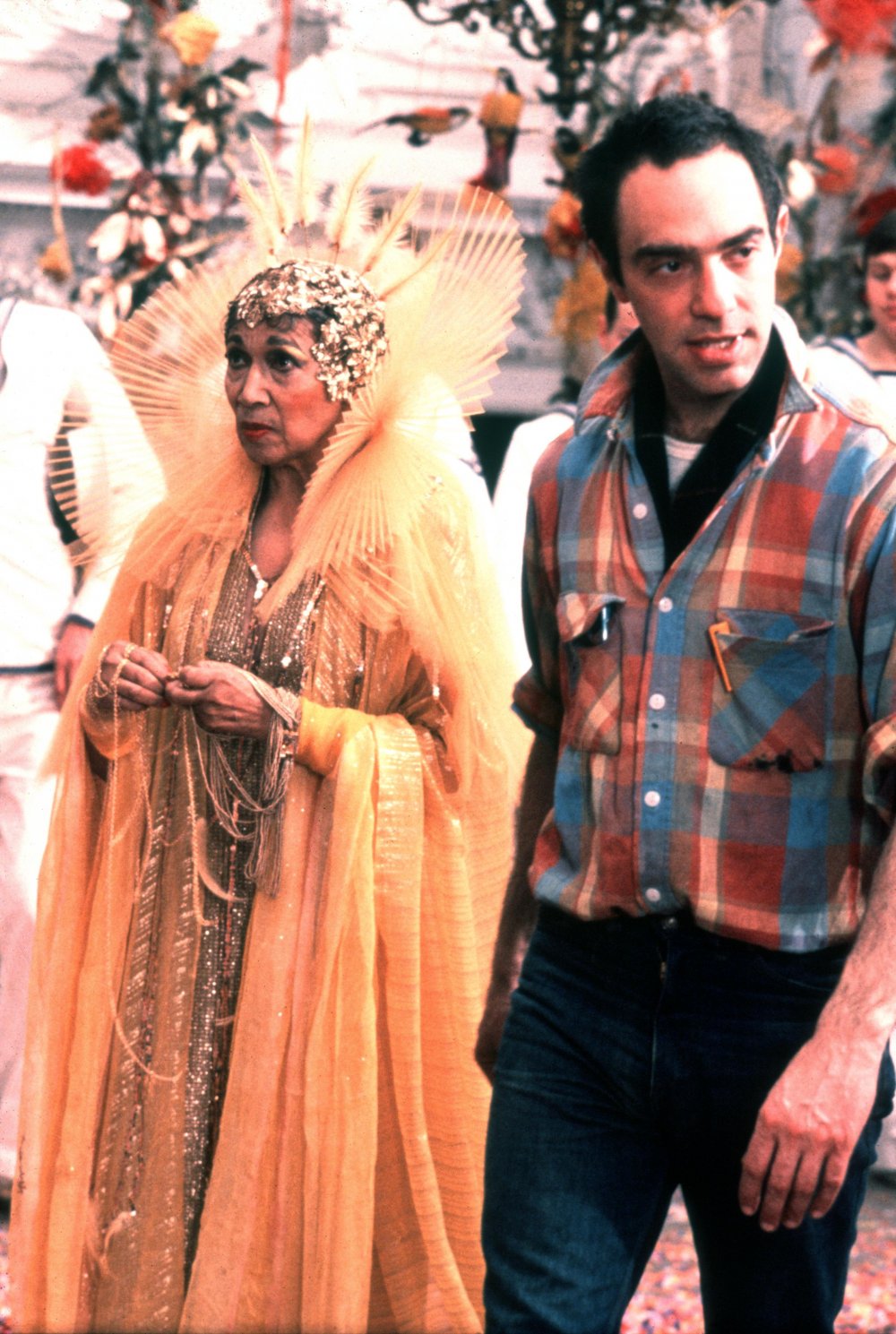