With the Fringe! festival hosting a quote-a-long screening of teen movie Mean Girls, Alex Davidson presents a guide to other ‘straight’ films that have been adopted as cult favourites by queer audiences. 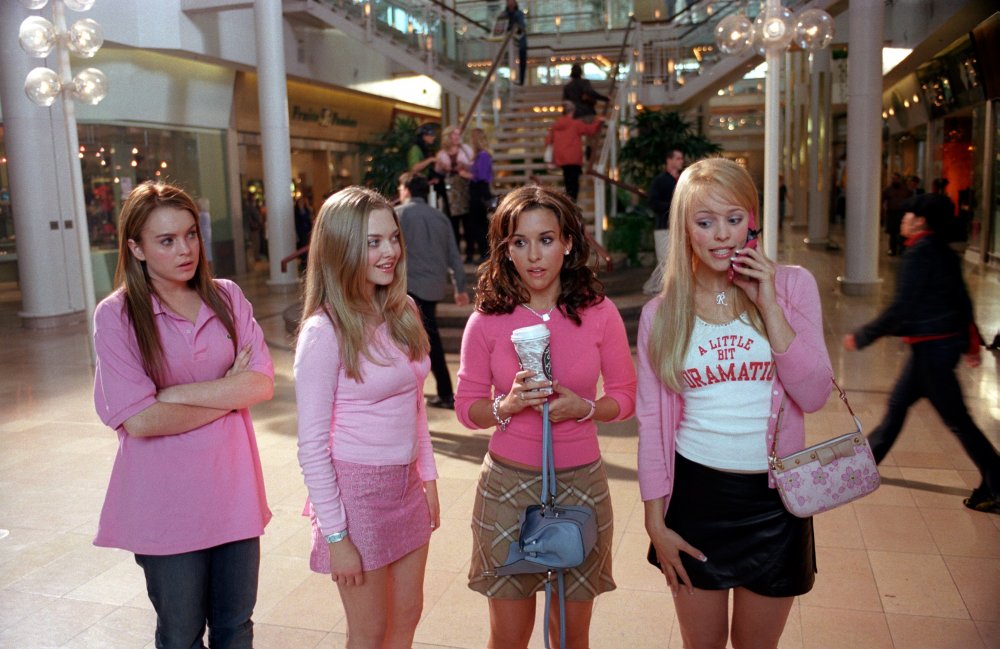 Fringe!, East London’s annual queer film and arts festival, kicked off last night with Five Dances, about a young man trying to make it in the tough world of a New York dance company.

As well as a feast of international queer cinema, this year’s selection boasts a number of choice archive films, including Barbara Hammer’s Nitrate Kisses (1992), Derek Jarman’s The Garden (1991) and a rare screening of Rosa von Praunheim’s extraordinary manifesto, It Is Not the Homosexual Who Is Perverse but the Society in Which He Lives (1971).

One of the highlights of the festival is a quote-a-long screening of Mean Girls (2004), Mark Waters’s smart high school comedy written by Tina Fey and starring Lindsay Lohan. Unlike most high-school comedies that clogged up the cinema listings in the late 1990s and early 2000s, Mean Girls is sharp and witty, with an avalanche of zingy, quotable lines (“Gretchen, stop trying to make ‘fetch’ happen!”).

But what’s it doing at a gay arts festival? True, the heroine’s best friend is gay, but he’s a secondary character, and despite being “too gay to function” he’s just about the only character who doesn’t hook up by the end. Yet gay audiences have embraced it as one of their own.

Mean Girls is by no means the first straight-themed film to find itself belonging in a box marked ‘gay interest’. Some explode with queer camp appeal, either intentionally (Les Demoiselles de Rochefort, 1967; Auntie Mame, 1958) or otherwise (much of Joan Crawford’s 1950s output). Women trading barbs is a common trope, from The Women (1939) and Stage Door (1937) to Death Becomes Her (1992).

The strong female characters in the Alien films, Steel Magnolias (1989) and Thelma & Louise (1991) have also attracted gay and lesbian audiences. Sometimes just a brief scene can catapult itself into the queer consciousness – think Jeanne Moreau donning Chaplin drag in Jules et Jim (1962) or, latterly, Daniel Craig’s emergence from the waves in Casino Royale (2006). Recently, particularly in America, Black Swan (2010) has emerged as a new contender for gay iconic status, with its operatic depiction of realising the other self.

Below are some other ‘straight’ films that have been adopted by queer audiences which often, intentionally or otherwise, offer a window on to the LGBT experience or revel in camp. 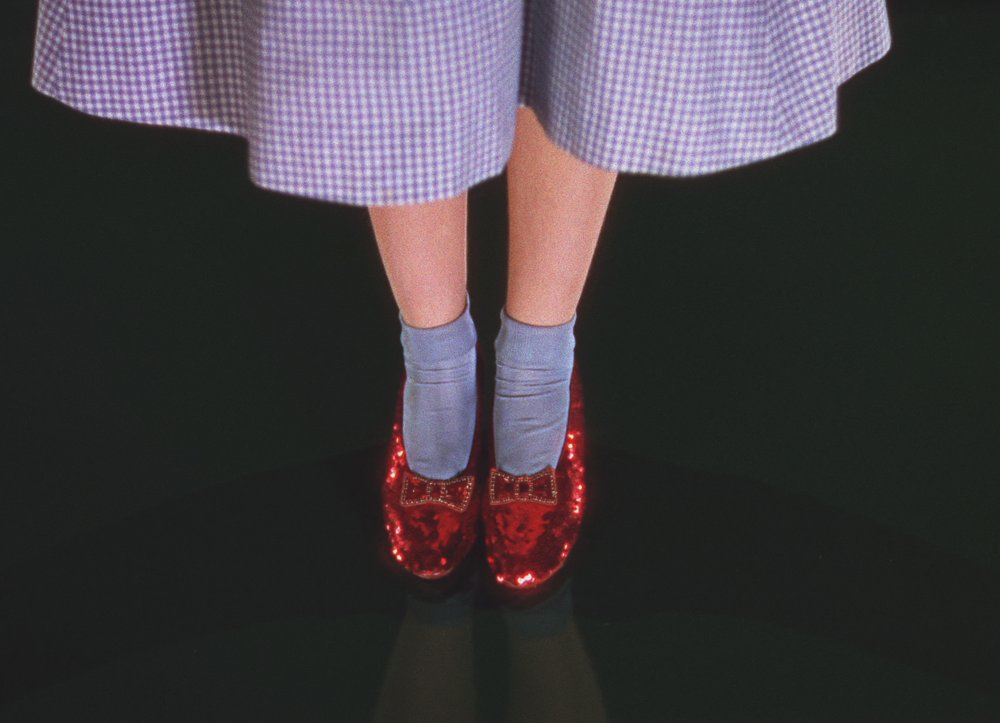 The film that launched a thousand gay clichés. Judy Garland’s queer following is well documented, and the film probably sparked the coinage of the phrase ‘friend of Dorothy’ (although some claim this refers to Dorothy Parker’s gay admirers). ‘Somewhere over the Rainbow’ inspired the multi-coloured pride flag. The behaviour of some of the characters – notably the cowardly lion – embodied the cliché of the ‘sissy’, prevalent in cinema of the time. Some read Dorothy’s journey, from dull sepia to the Technicolor joy of self-realisation, as a coming-out metaphor. Whatever your personal take on the film, its position as a gay classic remains undiminished. 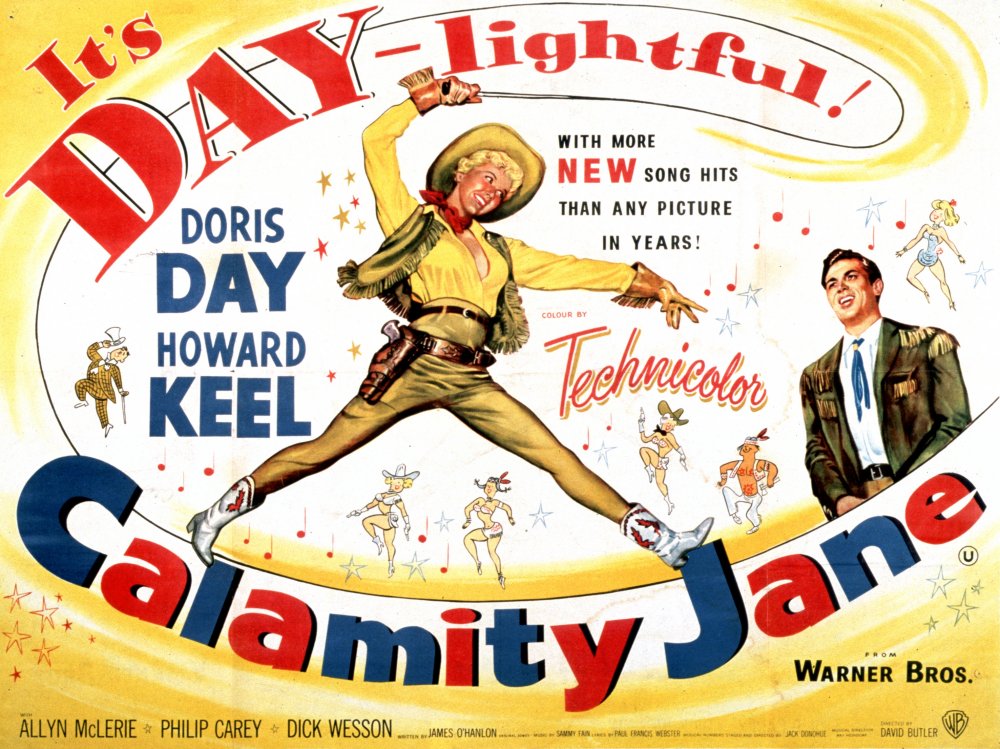 Another subtextual musical. The queer aesthetic of Doris Day’s films would come to the fore in her comedies, notably those that starred Rock Hudson (the scene in which the closeted actor plays a straight man pretending to be a gay man in Pillow Talk is something of a classic). But Calamity Jane probably enjoys the largest following among gay and lesbian audiences. At the start of the film Jane is a classic tomboy who is shocked yet fascinated by the femininity of the women around her. But it’s Day’s rendition of ‘Secret Love’ that has entered queer folklore, a heartfelt ballad that could be read as being directed towards another woman, which k.d. lang covered in the 1990s. She hightails it with the leading man in the end, but many audiences remain unconvinced. 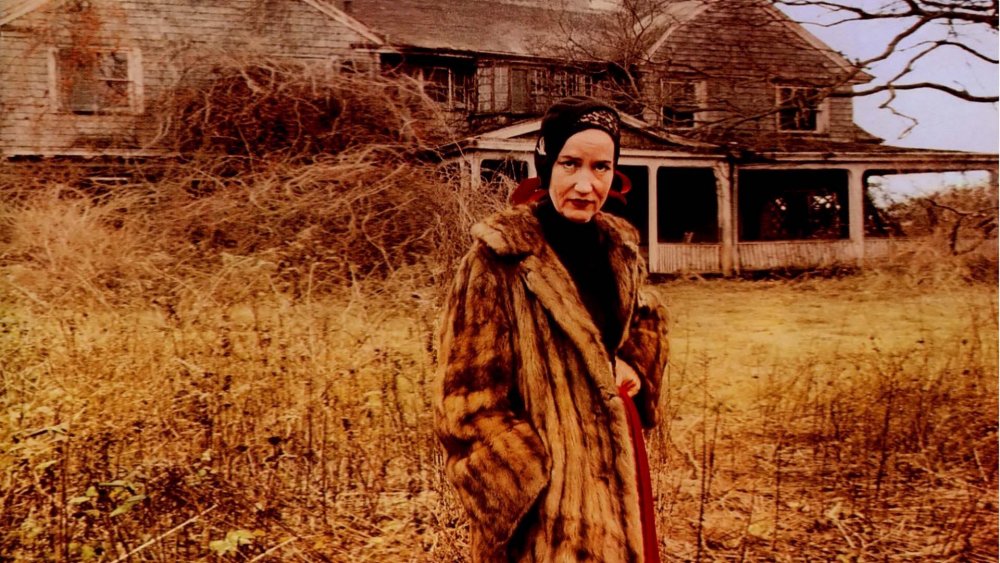 When the aunt and first cousin of Jackie Kennedy were revealed to be living in squalor, the Maysles brothers, Albert and David, took their camera to film a documentary about the women, and a pop icon was born in the shape of Edith ‘Little Edie’ Bouvier Beale, a larger-than-life character who finally got her chance to be in the spotlight. Her outré dress sense (fur coats, head scarves fashioned out of shirts) and fiery views (“If you can’t get a man to propose to you, you might as well be dead”) racked up a considerable gay following, and after the film Beale realised her dream of becoming a cabaret star. Many critics considered the film exploitative, but Little Edie had no such qualms, stating, “To my mother and me, Grey Gardens is a breakthrough to something beautiful and precious called life.” 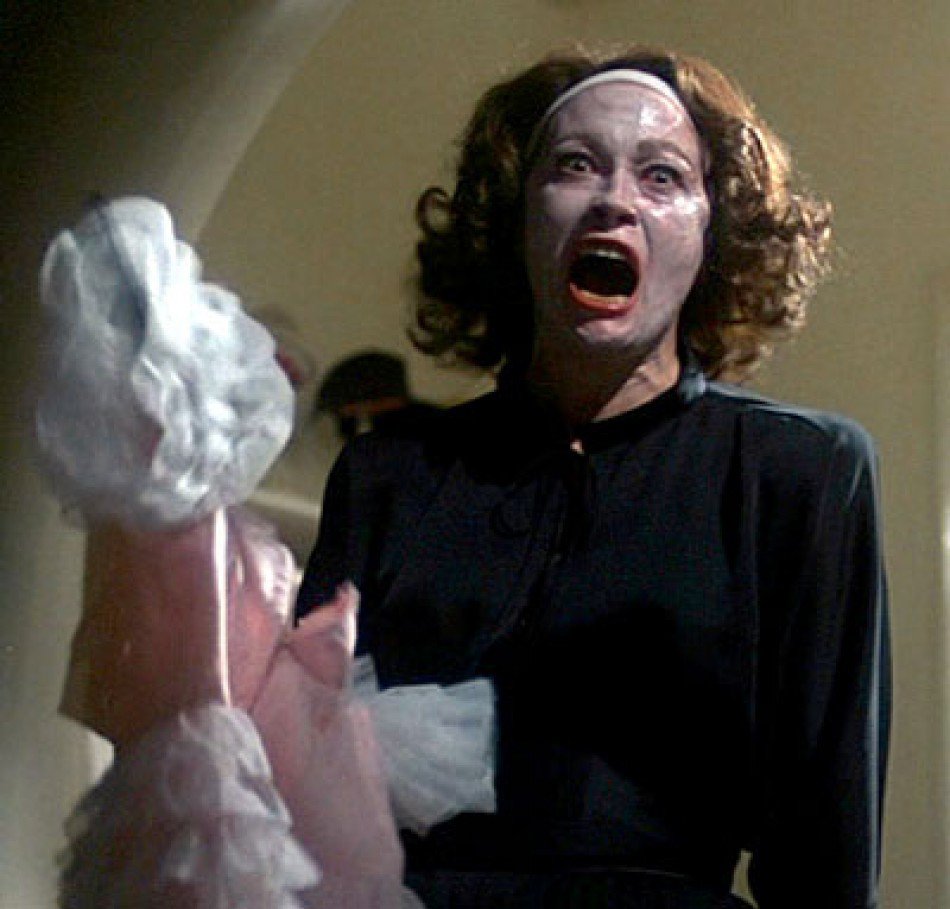 “The enduring audience for Mommie Dearest has been gay, sardonic and rather cruel” – so wrote David Thomson in “Have You Seen…?”: A Personal Introduction to 1,000 Films. The figure of Joan Crawford, as played by Faye Dunaway, as a deranged child-beating monster has been a gift for drag queens, and many viewers, gay and straight, find the high camp of the most extreme scenes hard not to mock. Whether beating her child with wire coathangers or screeching “Tina, bring me the axe!”, it’s been lapped up by the gay community. The adulation isn’t always cruel, though. John Waters is a fan, while drag performer Lypsinka makes the case that Dunaway’s extraordinary performance is “operatic, almost experimental” rather than histrionic. 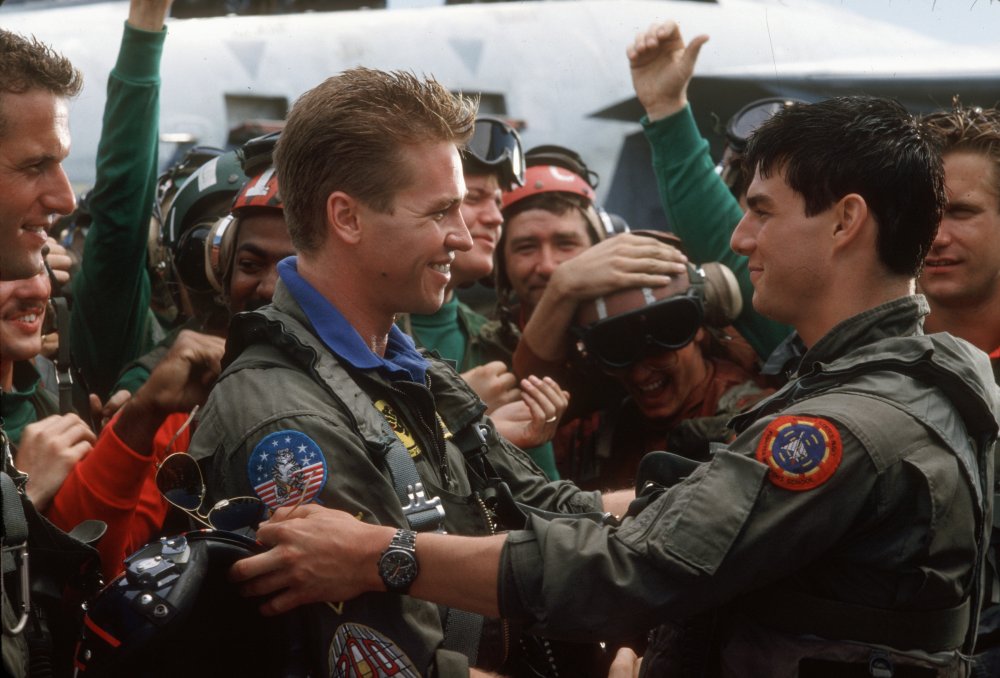 A thundering action movie about fighter pilots may not sound like a gay-friendly proposition, but Top Gun’s unknowing homoeroticism has been mocked mercilessly over the years. The topless volleyball scene, enacted in slo-mo to a song called ‘Playing with the Boys’, was parodied by Will Young for the music video to his hit ‘Switch It On’. Quentin Tarantino did a whole monologue on the film’s alleged gayness in Sleep with Me (1994). The film’s queerness continued off-screen – gay rumours, sadly often in a homophobic context, have followed Tom Cruise for years, while Kelly McGillis came out as a lesbian in 2009.