The Small World of Sammy Lee: Anthony Newley and a long-gone Soho

The vibrant, down and dirty Soho of the 1960s lives on in British classic The Small World of Sammy Lee, featuring Bowie-inspiring actor and singer Anthony Newley as a strip-club compère. 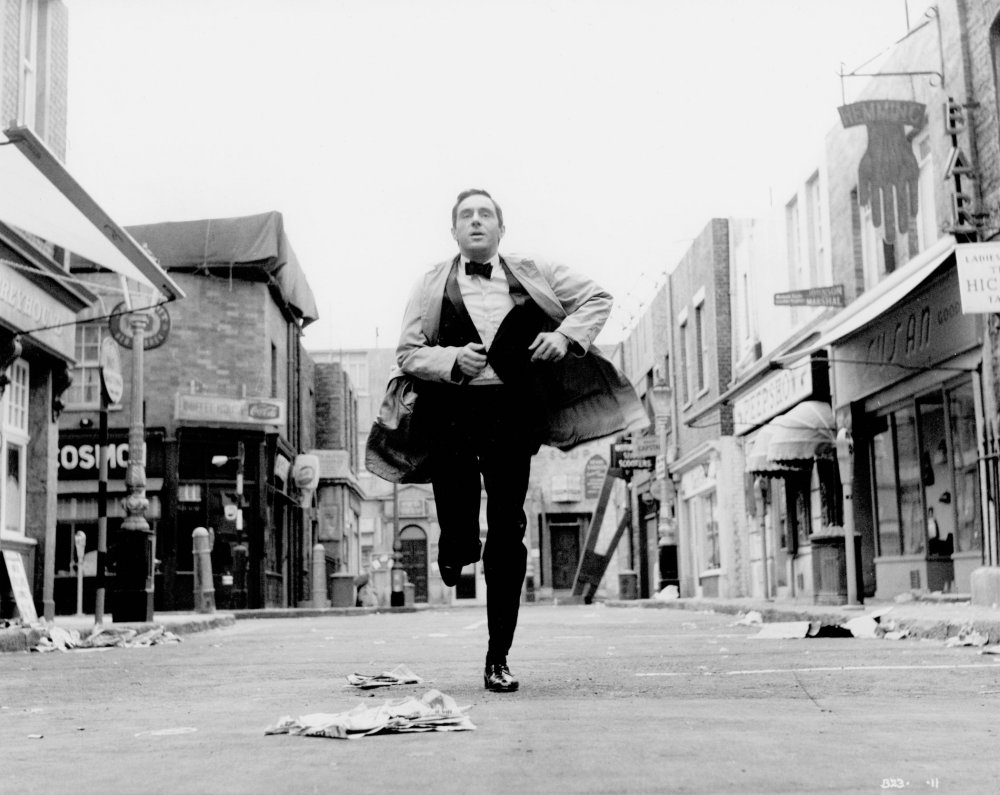 Do you remember Anthony Newley? He was a star in the 60s. In 1963, the same year he played the lead in Ken Hughes’ breathless, splendid Soho-set Brit noir The Small World of Sammy Lee, stylishly shot by Wolfgang Suschitzky (who died last week, on 7 October, at the age of 104), he was all over the place – an acclaimed actor, singer, and songwriter at the top of his game.

Having started out as a child performer, he’d been splendid early on as the Artful Dodger in David Lean’s Oliver Twist (1948), but he’d scored still more success as an adult – striding towards fully-fledged screen stardom with films like Idle on Parade (1959), portraying a drafted rock‘n’roller, in a services comedy loosely inspired by Elvis Presley’s much-publicised army call-up. Newley could sing, and write songs too: a film tie-in EP showcased Newley’s self-penned rock’n’roll, plus his powerful performance of a brilliant bombast-ballad, the superbly syrupy, achingly overwrought ‘I’ve Waited So Long’ – the first of numerous chart hits.

Precociously gifted, Newley could do it all. Working with Leslie Bricusse, he co-wrote the lyric to John Barry’s Bond theme ‘Goldfinger’; continuing his enduring partnership with Bricusse he co-wrote – and then starred in – the musical Stop the World, I Want to Get Off, a smash hit in the West End and on Broadway in 1961-62.

But celebrity – however well deserved – does not always endure. Now, nearly two decades after Newley died of cancer, aged 67, in 1999, while his work is still celebrated by a small but ardent band of devotees, he’s far from a household name. He’s sometimes referenced nowadays as a one-time husband of Joan Collins; cited as the cockney-sparrow influence on David Bowie’s vocal style; occasionally smirked back upon at as the archetypal hammy Las Vegas songster. But to remember him only like this is to do his versatile talents grave disservice. 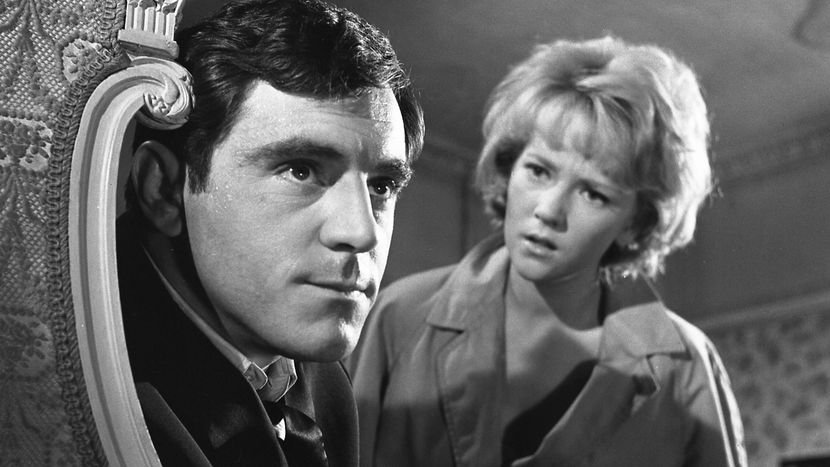 Sure enough, latter-day Tony did cheerfully crank out selections from his bounteous back catalogue in chintzy casinos to bolster his bankroll. Skipping mischievously about plushly carpeted supperclub stages (perhaps his natural habitat), flared collars flapping, great (but past) glories like ‘Candyman’ (from Newley and Bricusse’s Academy Award-nominated score for the 1971 film Willy Wonka & the Chocolate Factory) were belted out. This particular catchy classic was invariably performed while Tony daintily clutched a basket of glacé goodies, from which he’d bung the occasional well-aimed boiled sweet at any corpulent, disinterested audience member not giving him the attention he craved.

Sure enough, Tony appeared content to enjoy the jetset high-life that success bought, and he energetically played the playboy, with glamorous wives and girlfriends. But back in daring, monochromatic early days of artistic endeavour, he’d been a fearless risk-taker. He’d starred in one of the weirdest television ‘comedy’ shows ever, The Strange World of Gurney Slade (1960), a self-referential six-part serving of creepy almost-comic strangeness that broke new ground but baffled viewers with its arty absence of belly laughs. 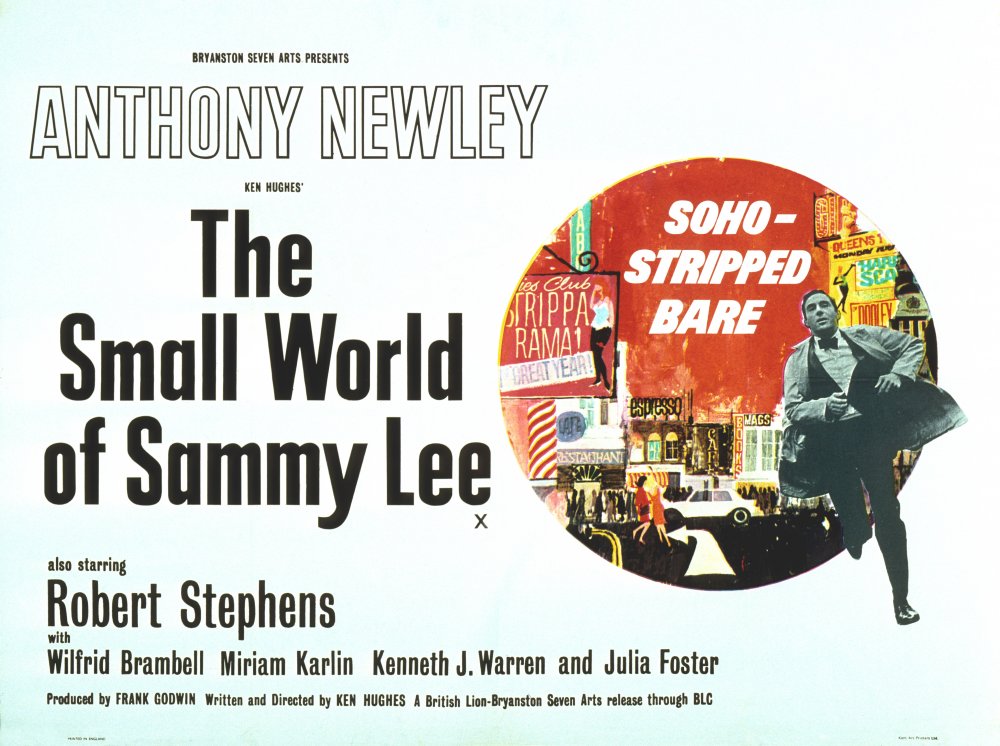 Later, and in full colour, Tony’s bizarre, grandiose Fellini-esque musical mid-life self-analysis feature-folly-masterpiece Can Heironymus Merkin Ever Forget Mercy Humppe and Find True Happiness? (1969) threatened to expose so many potentially unflattering semi-autobiographical wrinkles for all to see on the big-screen that Leslie Bricusse tried to talk his old chum out of the dangerously psyche-splurging scheme altogether. He failed. Tony’s seriously strange movie divided critical opinion. General audiences, meanwhile, already put off by its archly unwieldy title, stayed at home anyhow, and the film was a resounding flop.

But one thing’s for sure: when something worked for Newley it really worked; and The Small World of Sammy Lee worked brilliantly. See this superb film (screening in the BFI London Film Festival in a 2K digital film restoration) and you will witness precisely the acute creative on-screen energy that – when tightly harnessed, channelled, and controlled, in this case by Ken Hughes’ spiky script and taut direction – made Anthony Newley so extra special.

The Small World of Sammy Lee originated as a claustrophobic one-man television play, Sammy (1958), written by Hughes, centring around Newley’s titular Soho wide-boy on the blower desperately trying to scare up £200 for the bookie before burly bully-boys arrive to collect.

Bolstered by the recent successes of Hughes’ The Trials of Oscar Wilde (1960) and Newley’s well-received stage show, Sammy was expanded to become a feature film. With gifted Wolfgang Suschitzky aboard as cinematographer, this talented team delivered a gloriously grimy, gritty, downbeat London gangland classic.

Largely shot on the streets of Soho, it sees Newley – again exceptional as Sammy, now a strip-club compere – frantically chasing cash across town before time runs out, surrounded by a crackerjack cast including Julia Foster (as an old flame who’ll do anything to win Sammy back), Miriam Karlin, Wilfrid Brambell, Roy Kinnear and Warren Mitchell. 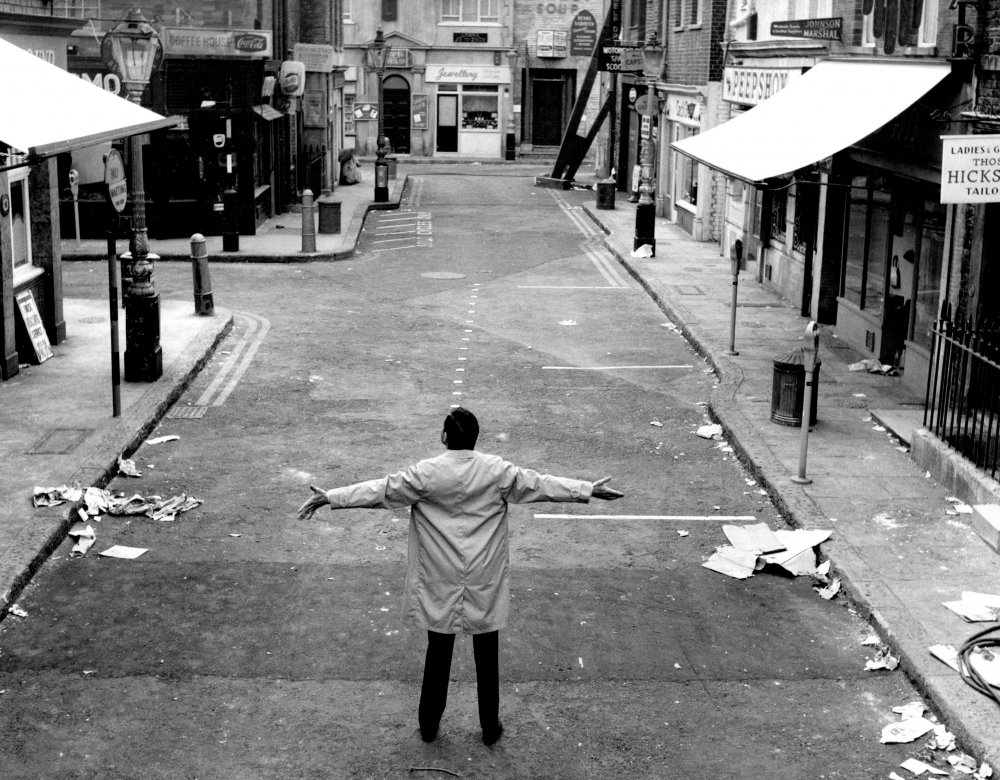 Now that seamy Soho seems to have vanished before our very eyes, the lewd London glimpsed so effectively as the backdrop to Sammy Lee also eerily emerges as valuable documentary evidence of a largely unsung urban panorama. Captured by Suschitzky’s lens are narrow streets and shop-fronts that speak evocatively of a grime-encrusted Soho, circa 1960, a little run-down and slightly seedy perhaps, but oozing with individuality, character and atmosphere – a Soho now largely being supplanted by interchangeable retail chains, office blocks, and harshly angular vistas of chrome, plastic and glass.

As Sammy dashes about the curvy, cobbly, intricate, increasingly distant streets of long-ago London town, seeking financial salvation, despite the hustle and bustle of the crowd he strikes a lonely figure. Hard-hitting, gripping, achingly melancholy in tone, but sharply spiced with the hopelessly piquant pepper of Sammy’s cynical wisecracks, The Small World of Sammy Lee reminds us that the loneliest place can very often be that spot right at the heart of a crowd.

Which may be just one of the reasons why Anthony Newley is so exceptional in this role. Newley, though at home on stage, oft gave the impression of a man unsettled, with love, with life, and always on the run – perhaps from himself – despite his success. Certainly that’s the conclusion you might draw if you allow yourself to believe the words of his signature song – perhaps the most lugubriously theatrical ballad he ever wrote with Bricusse, the tears-of-a-clown show-closer ‘What Kind of Fool Am I?’

Could it be that offstage, despite fame’s glitziest trappings, Tony considered himself a man alone at the heart of a crowd – something like Sammy? Was it, perhaps, the part he was born to play? Certainly, London is a lonely place when you’re down on your luck; and certainly, here, Anthony Newley, thoroughly convincing in his supremely lonely portrayal of sad Sammy, gives what might be his greatest and most affecting performance, in what is perhaps Ken Hughes’ finest film. Don’t miss it.