Honey, we shrunk the history of movies about shrinking people

A short history of miniaturising people on screen – in eight mini classics. 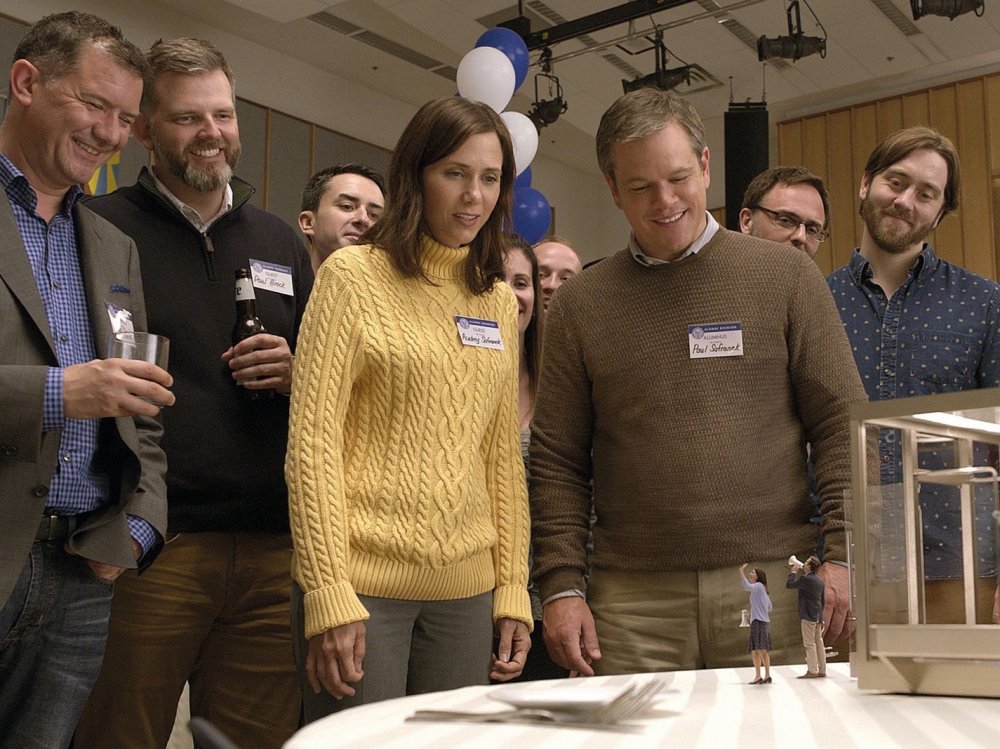 Downsizing is in cinemas now

One of the most entertaining things about cinema is its ability to visualise the impossible. It can take you to distant galaxies, make you believe a man can fly, or imagine life from the perspective of an ant.

Or an ant-sized person.

Films where our heroes have been shrunk and are forced to grapple with an outsized world have long been a fascination for popular cinema, from the very earliest pioneering days to modern stories such as Alexander Payne’s latest satire, Downsizing.

Each era has used the scenario for very different purposes, in ways that often reflect the anxieties of the time. The story of miniaturising people on screen is also a story of the evolving special effects and wizardry that have shrunk actors down to (micro)size.

Shrinking is a big part of Lewis Carroll’s beloved story, which has been adapted to film countless times. The first ever adaptation, a British short film from the early 20th century, breaks down Carroll’s story into bite-sized episodes, with perhaps the most impressive being the moment showing Alice drinking from a vial and shrinking to fit through a door.

The effect is thought to have been achieved through the manipulation of lenses, similar to the pioneering effects achieved by Georges Méliès around the same time. The result is a work of great ambition at a time when filmmakers were curious at the possibilities of their new medium. 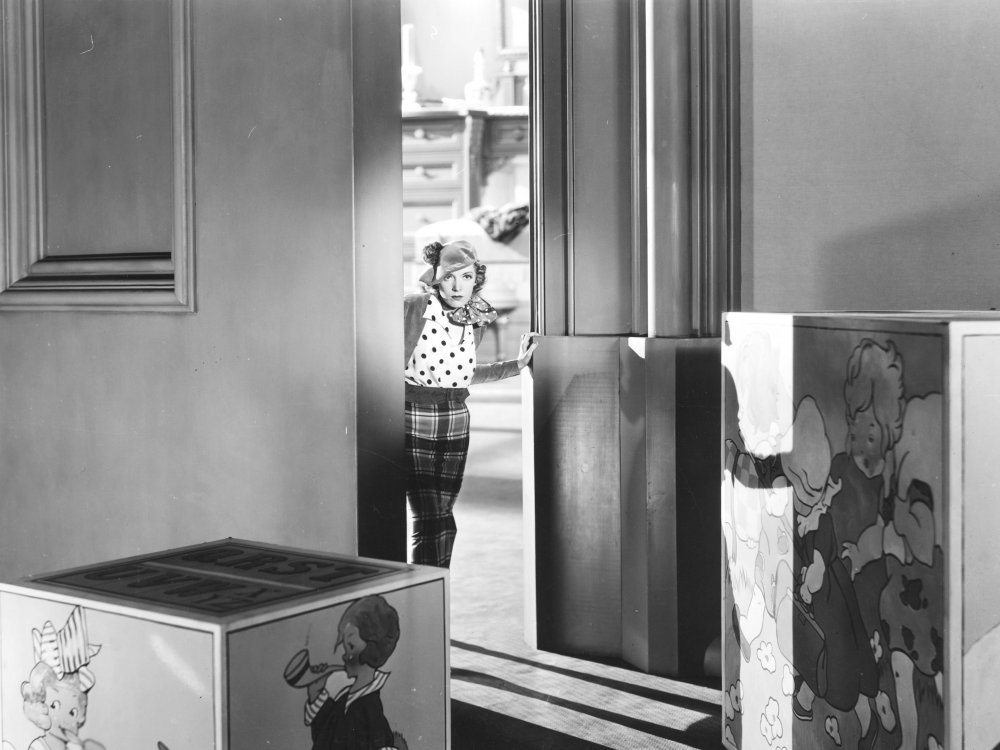 A more melancholy motivation is at the centre of this cult classic, starring Lionel Barrymore as a wrongly convicted felon who uses a scientist’s shrinking technology to exact revenge on those who put him in prison.

Playing as much on mind control as it does miniaturisation (Barrymore’s lead controls the ‘Devil Dolls’ to do his bidding), The Devil-Doll is nonetheless one of the first mainstream feature films with a shrinking story, though the theme had also been broached in James Whale’s classic monster movie Bride of Frankenstein (1935).

The Devil-Doll’s use of superimposed images and enlarged props brought to life a complicated story that flits between genres, and is partly inspired by director Tod Browning’s experiences as a circus performer. 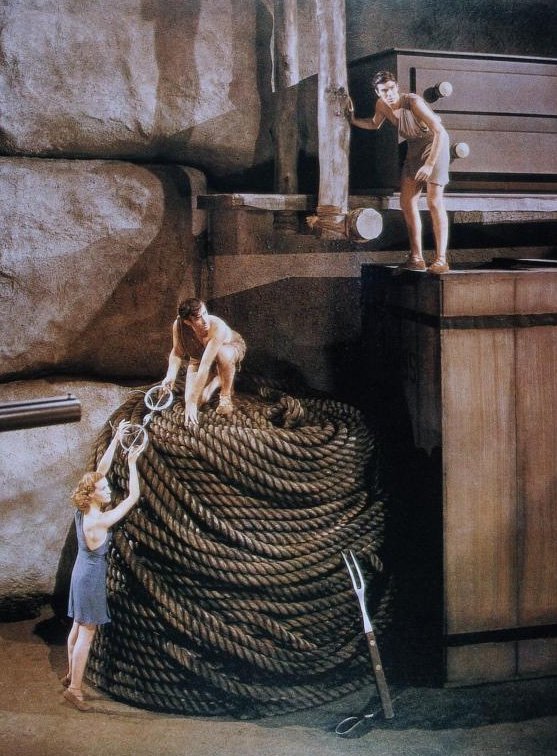 Directed by King Kong’s Ernest B. Schoedsack, Dr. Cyclops was the first Technicolor horror film, which had to evolve some of the techniques used in previous shrinking movies, given the increased level of interaction between big and small characters.

Using rear projection (‘small’ stars acting against a larger projection of a ‘giant’ character) and physical effects (such as a mechanical hand), Dr. Cyclops plays on the concept of shrinking to horrific effect. Albert Dekker plays the wonderfully mad scientist Dr Thorkel, who is given the power of a giant after miniaturising a group of unwitting ‘specimens’. His 12-inch victims must find a way to escape his clutches, and the claws of his cat, the subtly named Satanus. 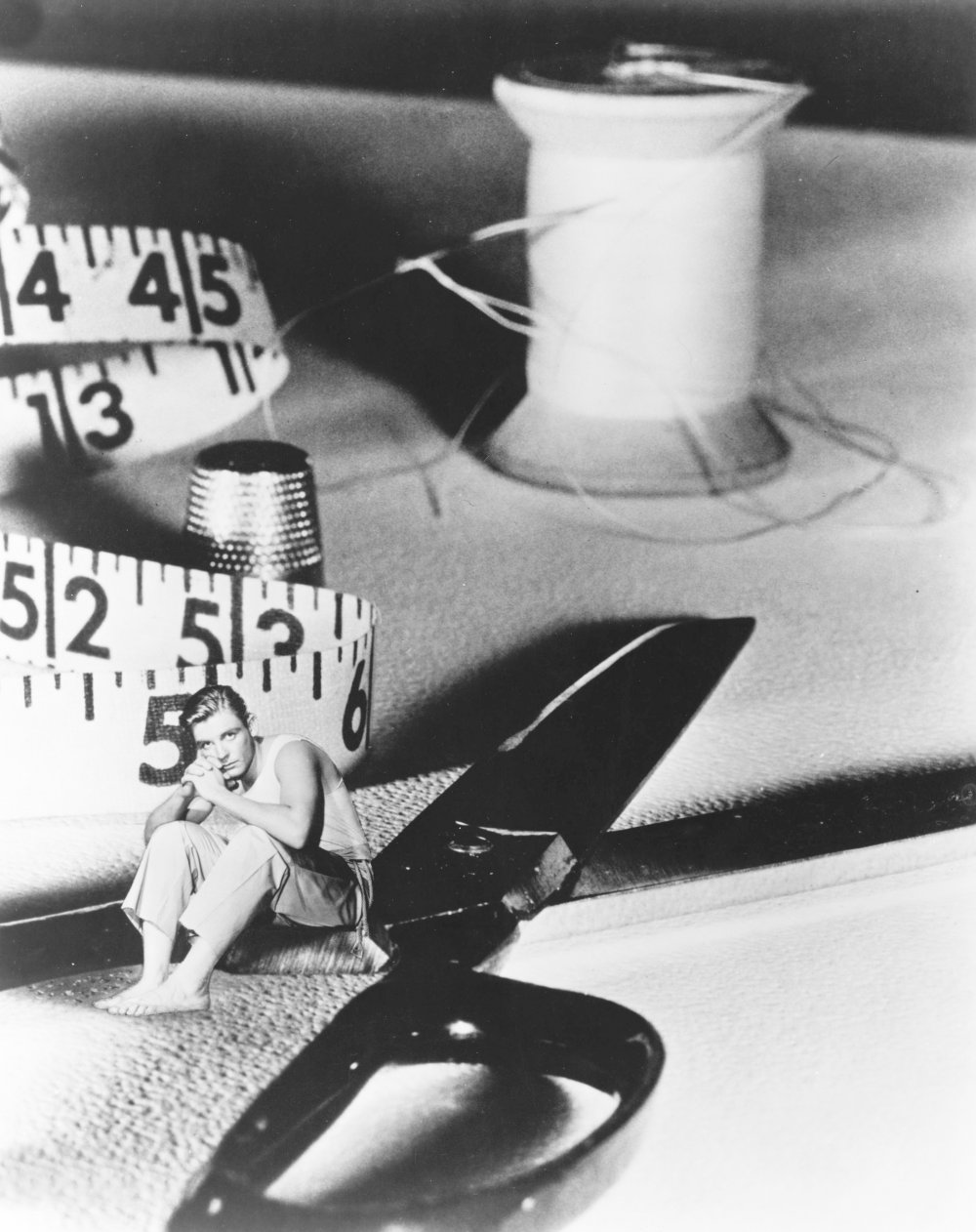 Jack Arnold’s influential black-and-white horror used similar (albeit refined) techniques to Dr. Cyclops, but the scares came from more than attacks from over-sized animals. The story, following a father who begins to gradually shrink after being exposed to radioactive rain, harnesses the very real fear of nuclear war in the 1950s. Much like in Invasion of the Body Snatchers the year before, the helplessness of the hero’s plight echoed the feelings many had in America during the Cold War. Just as the nation’s own position and influence in the world threatened to shrink, this timeless work of terror was the subtle manifestation of those fears. 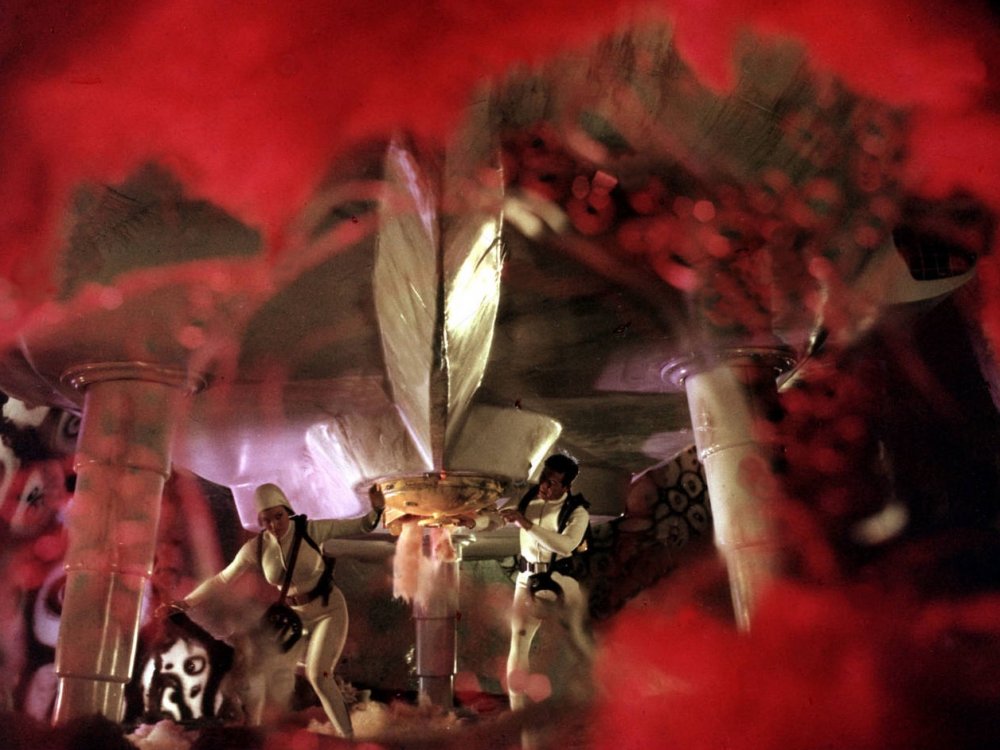 As the wariness of the 1950s gave way to the colourful expression of the 60s, Fantastic Voyage drew on the influence of Jules Verne to turn the shrinking process into a device for adventure instead of dread. It did, however, still have a Cold War theme, with a team of American government agents shrinking down to the size of a microbe to pilot a ship through the body of a scientist in an attempt to save his life. Along the way they face numerous obstacles, not least the very obviously dubious Donald Pleasence.

While using more straightforward effects than other shrinking films (as most of the plot takes place within the human body), Fantastic Voyage has proved highly influential, inspiring numerous TV parodies as well as Joe Dante’s 1980s tribute Innerspace (1987). 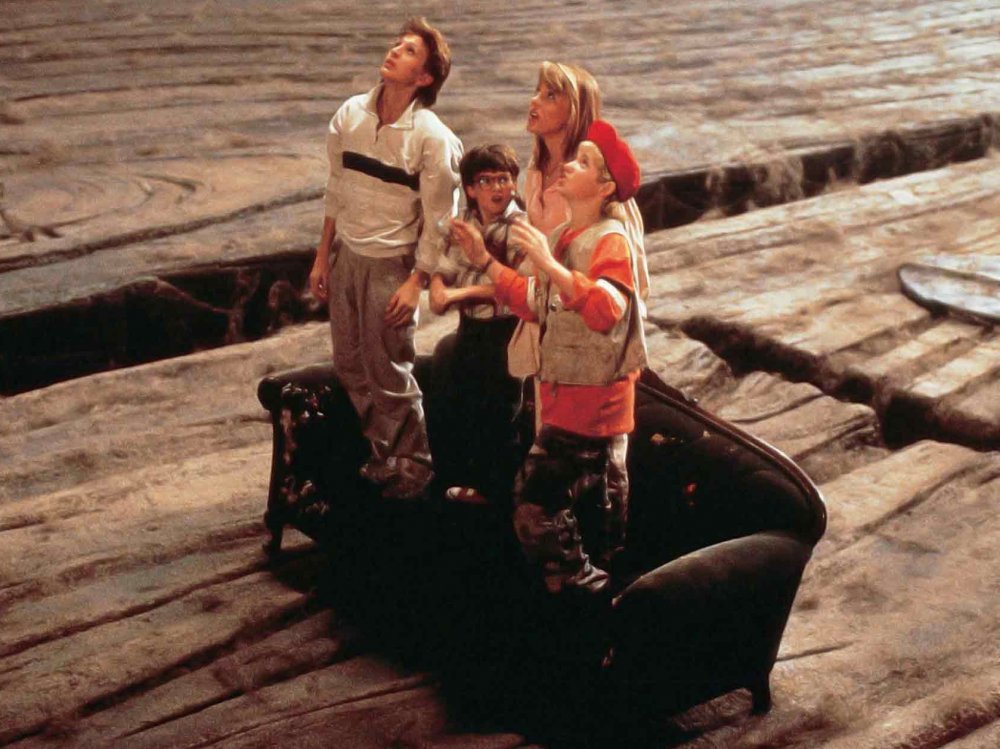 “Earthquake!” “No, worse – lawnmower!” The benchmark when it comes to shrinking on screen, Joe Johnston’s comedy turned the average American household into the adventure of a lifetime. The backyard becomes a forest, and items such as brooms and cereal bowls become death traps.

Heavily influenced by the past (particularly The Incredible Shrinking Man), Honey, I Shrunk the Kids presents a combination of forced perspectives, animatronics and giant sets, which make the Szalinski kids appear as though they are the size of insects. Coming towards the end of the heyday of practical effects, Johnston’s film pushed the limits of what was possible on screen. 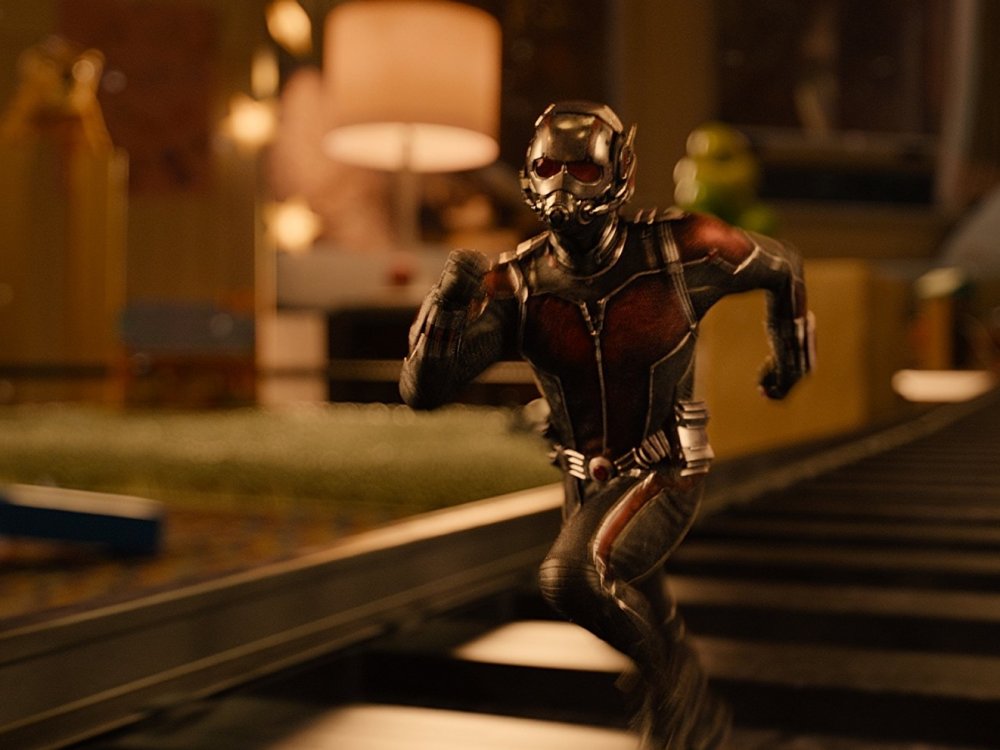 Twenty-six years later the evolution of computer effects had brought about a creative environment where anything was possible. Initially an odd proposition for the Marvel Universe, Peyton Reed’s quirky action comedy introduced a character that didn’t need to be larger than life – in fact, quite the opposite. Despite his diminutive size, he was able to integrate seamlessly with his fellow Avengers.

British effects company Double Negative used a combination of computer animation and motion capture technology to create the shrinking sequences, which were developed to replicate a stop-motion feel. Ant-Man’s ability to shrink and grow on command made traditional action sequences thrilling by the shifts in perspective. 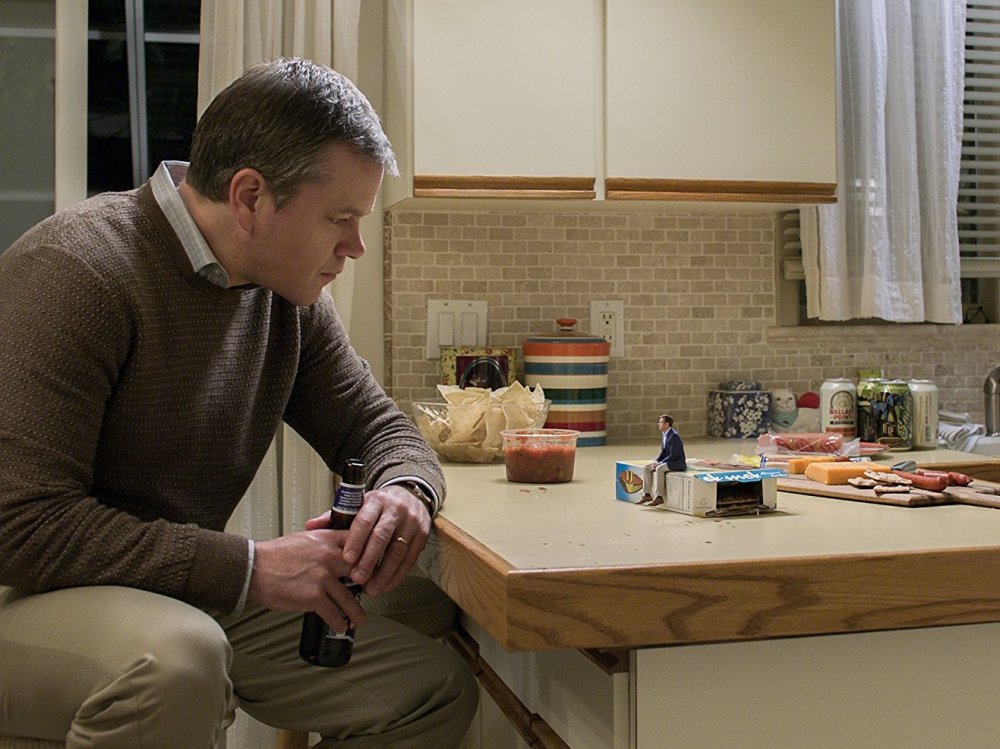 Whereas other films have used the concept of shrinking to scare or thrill, award-winning filmmaker Alexander Payne (Sideways, 2004) uses the device to make you think. His tale of a world in which volunteers opt to shrink to five inches tall in order to lead a less wasteful life incorporates green screen and giant props as it explores contemporary issues, such as overpopulation and making the most of our resources.

The reason shrinking characters have been so popular in films is that they enable the viewer to see the world in a different way, and for Payne that means ideologically as well as physically.