Inside the production company behind the viral ‘Run, Hide, Tell’ counter-terrorism campaign video, which has been viewed by 7 million people and counting. 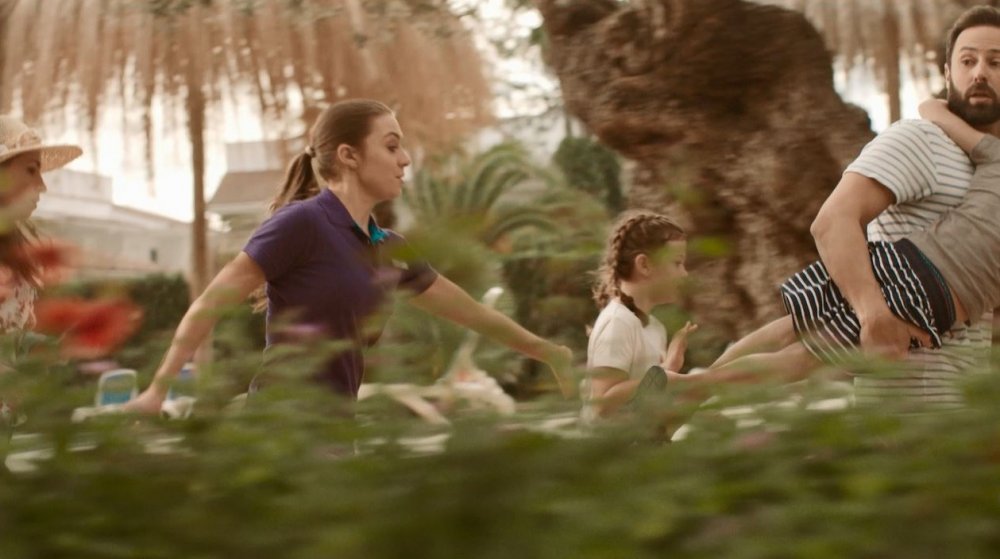 As cogent, concise and cadenced as ‘Stop, Look, Listen’, it’s a message in the great British tradition of public information. But it’s not the punchline for a film about crossing the road: it’s about what do in the event of a terrorist attack while holidaying abroad. A horribly topical prospect, its essence is cinematically distilled by a film that pulls off that crucial, tricky balance: making viewers sit up and pay attention without scaring them off.

Most impressively, in the era of platform proliferation and content saturation, its viewing figures vie with those of the Public Information Filler’s three-channel TV golden age. Within 24 hours of its upload on 10 July, a whopping 4.5 million viewers had watched. Three months on – and since tweeted by 10 Downing Street and covered by mainstream media including the BBC – the figure has reached more than 7 million and rising.

But who the devil made it?

The answer is the Embolden Agency. Embolden is the new name for a company, previously called CTN, which is currently celebrating its 25th year in business. What better subject for the 25th blog in this series on a screen industry that’s seen a quarter-century of seismic change?

Initially, both were also linked to ITN’s investment in satellite distribution, putting CTN at the cutting edge of what was then termed ‘business television’. Much early work consisted of live broadcast (containing pre-recorded video inserts) to companies’ staff and shareholders. For obvious reasons, a strict wall was maintained between CTN’s commissioned and ITN’s independent broadcasting, though recognisable journalists – from Michael Buerk to Trevor MacDonald – were often used as CTN presenters.

Clients included Shell, Sainsbury’s, IBM, HM Customs & Excise and, notably, British Airways and BP. Two 1998 mega-projects highlight CTN’s technical innovation: they covered the opening of BA’s Waterside HQ with a 17-camera outside broadcast transmitted live via satellite to BT Tower and global broadcasters, while for BP’s merger with Amoco they masterminded the world’s first-ever corporate webcast. From there, CTN went on to develop an ‘interactive TV’ model for webcasting, a 2008 online Q&A in connection with the Financial Services Authority’s regulation for transparency initiative, leading to regular programming for staff of big companies like Unilever. 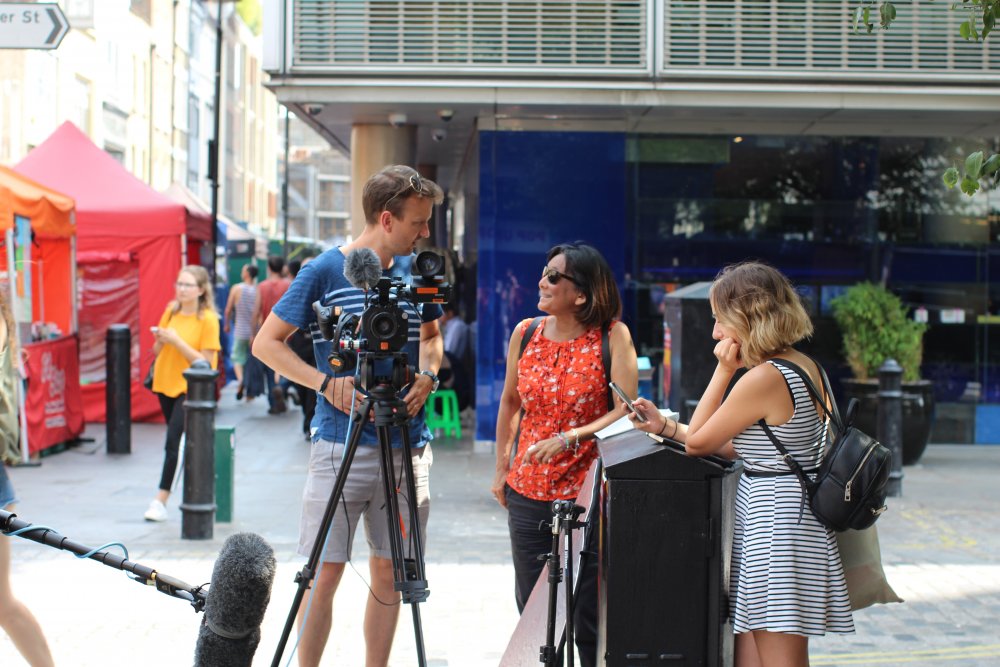 Providing proprietary infrastructure for live video was part of CTN’s early business offer, but today Facebook, YouTube and larger organisations’ intranets offer readymade streaming platforms, and Embolden focuses on production expertise. But in the early 2000s CTN had also begun developing, alongside its live work, a strand of crafted programmes distributed first on VHS, later on DVD and now also online. In-house staff magazine series became one specialism. The longest running is a quarterly mag for The Royal Navy: originally a DVD sent out to all ships, now a YouTube channel.

But longer production schedules also fostered opportunities for deeply researched journalistic and human-interest documentaries for clients such as Tetra Pak and BUPA. For companies entering new territories, CTN programmes combined market information with travelogue elements. Among their most unusual clients was the Greek Royal Family – making some of the more polished family wedding and christening videos of modern times.

Today, journalism and aesthetics, live and recorded video, have all caught up with each other, yielding increasingly varied work. Contrast CTN’s quirky production of the 2011 Think Before You Share cyber-security awareness campaign for the Ministry of Defence (a foretaste of the impact of Run Hide Tell having garnered substantial media coverage dubbing it a modern version of WW2’s ‘Careless Talk Costs Lives’ propaganda)…

… with the thoughtful, beautifully photographed documentary Embolden recently made for the Global Teacher Prize initiative.

They’ve also demonstrated continued expertise in staging multimedia events, such as the environmentalist campaign supporting the Arctic basecamp at the World Economic Forum in Davos, as well as in user-generated content and virtual reality.

Musing on market trends, Denholm welcomes the advertising industry’s growing interest in the ‘branded content’ space, but believes a company with Embolden’s heritage is well placed to compete, practised at making films that “promote the voice of the brand rather than the image”, emphasising people on the ground rather than the products they make and sell, and with a nimbleness easier when not weighed down by the advertising world’s account structures. “We give clients what they need, not what they want… Today, delivery is cheap. It’s ideas, research and understanding the subject that are valuable.”

Very interestingly, Embolden report that their client base has changed from a predominantly private sector one to one in which public-sector and charitable foundation commissioning predominate.

Denholm describes her team as “proud film practitioners who work on wider campaigns”. The rebranded agency is very much a digital multimedia one but employs 20 moving image staff, including four in-house creatives as well as freelancers.

They handle some 120 screen-based projects each year and reckon that over the last 25 they’ve put to bed at least 4,000. To mark their 25th birthday – and this 25th blogpost – Embolden are supplying the BFI National Archive with an appropriate sample for preservation: 25 analogue tapes from the early years of production, 25 digital files from recent times.

What changes will the next 25 years – between now and (gulp) 2042 – hold for Embolden? And for film itself? The mind boggles.