Curator Patrick Russell continues our survey of trends in the corporate film sector with a look at an agency whose clients have included Sainsbury’s, HSBC and tokyobike. 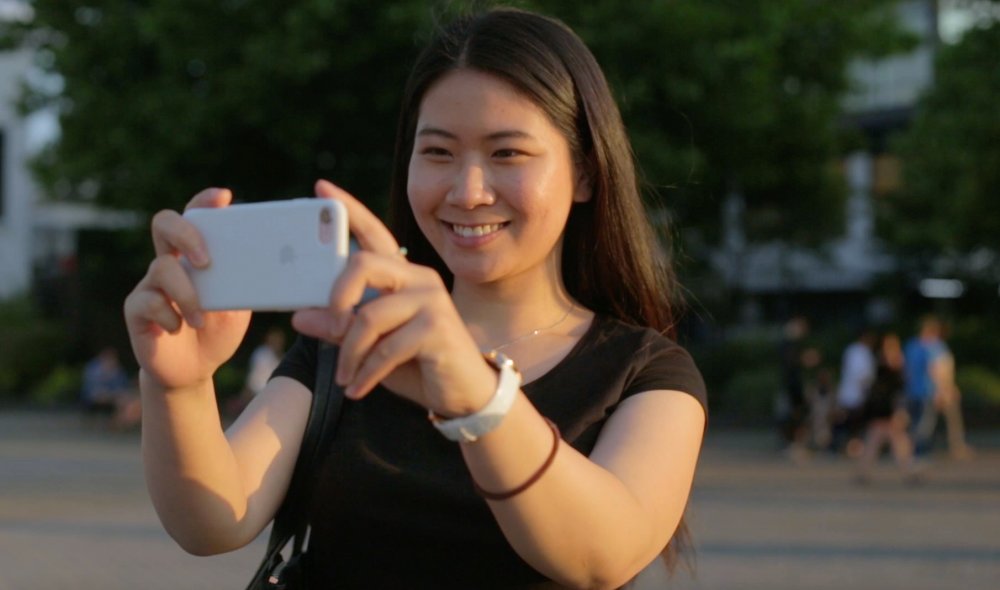 Remember Rock Family Trees? I’ve long thought someone should compile a film and TV equivalent – the screen industries are chockful of Film Family Trees. As with music, tracing individual careers and production companies against genres across time is addictive in its own right. But it also brings out broader trends.

A case in point, in the ‘corporate’ sector, is the tree taking us from Hawkshead in the 1990s via Radley Yeldar in 2000 to Gorilla Gorilla!, founded two and a half years ago. The common thread, personnel wise, is producer and creative director Dean Beswick. Thematically, it’s a story bringing out the use of both informational animation and live-action documentary as communications tools par excellence – against a surrounding landscape of ever growing content production for online distribution.

When I wrote about Radley Yeldar two years ago, I noted that its films department had originally been separate company Hawskhead (part of TV company Endemol), for whom the most important tools in the box were documentary, which is well placed to humanise organisational messaging, and animation, which is suited to simplifying complex data.

At that time, Beswick (whose family tree extends even further back to staff positions at Jacaranda and World Television before Hawkshead) was departing to found his own company. Radley Yeldar’s film team is still going strong, meanwhile Beswick’s new business Gorilla Gorilla! has secured itself a firm niche in the industry – and an interesting sectoral voice, particularly around animation.

Gorilla characterises itself as an “intelligent film and animation company” positioned somewhere between production company and agency. After what Beswick admits was a challenging first few months, they now have a growing stream of work from multiple brand, digital and agency clients, with several London and New York awards under their belts.

Their docu-storytelling has been deployed in punchy pieces of digital/social content for organisations as varied as Tokyobike (a short series for Instagram), Seven Trent Water (an environment-themed piece to appeal to investors) and most recently in support of a digital campaign for HSBC. (It should also be mentioned that, on his own time, Beswick has made Frying Tonight (2014), a warm indie documentary about a family-owned fish and chips business.)

But Gorilla’s two biggest clients are both FTSE-listed companies; one a firm you’ll know and possibly use frequently, the other a business you might also use a lot without ever having heard of it.

The household name is Sainsbury’s. As previously reported, veteran agency drpgoup produces the supermarket giants’s monthly staff video-mag. In parallel, it’s commissioned Beswick and co for several one-off films utilising human interest documentary in a way that feels fresh. Used for both general awareness-raising and cultural diversity training, these projects place a premium on the voices and faces of employees, not just as interviewees but as presenters. One of these internal productions proved so successful that Sainsbury’s have released it into the public domain: the deft deafness awareness raiser Life Doesn’t Come with Subtitles. It’s reportedly had organic engagement levels on a par with Sainsbury’s more heavily promoted commercial content.

The company that will need more of an introduction is electronic payment facilitator Worldpay. Keep an eye out for the name next time you swipe a contactless payment. A sequence of films like this, this and this exemplify the ‘animated explainer’ bringing to life dense information (a skill also applied to work for other clients, notably publishing company Informa, for whom Gorilla produced an award-winning short on the ultra-topical topic of data protection).

Gorilla Gorilla! not only produces animation but has taken on a wider industry role as advocate and analyst of the form, as used within the commissioned media sphere. They sit, in Beswick’s phrase, “at the crossroads of film as art and applied science”. Gorilla’s Awesome Animation project surveys use of the “most flexible tool at our disposal, an unrivalled creative problem solver” with universal, trans-national appeal and “stretchy powers”, meaning it can easily be broken down into modules for multiple uses.

The project systematically surveyed and evaluated recent examples made for digital channels, good and bad. No surprises that Google proves the most effective and brand-consistent of all commissioners, with Apple and Facebook also high-ranking. Among UK brands, British Gas, Marks & Spencer and Royal Mail score highly. But the project draws wider conclusions: a key one being the centrality of script. It’s well worth engaging with if you have any interest in animation’s place in the world of work.

So where might Gorilla Gorilla! branch to next? I’m told their long-term plans include one day making a feature film. Watch this space…