Operating out of Ealing Studios, video agency Catsnake Film has drummed up 4m views in a week with its latest commission: an online video about the ethics of the meat industry. 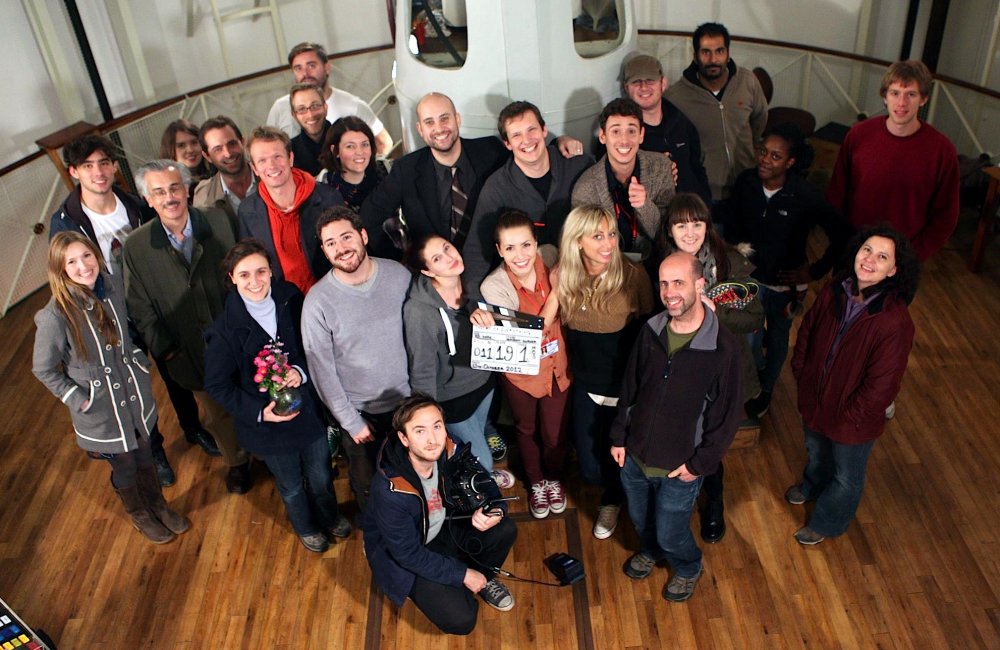 The team at Catsnake Film

“People don’t come to us unless they’re willing to take a bit of a risk. But all art is a risk.” In making issue-based campaigning films – rather than working mainly for corporations – Catsnake Film never shy away from risk-taking. Catsnake is an online video agency set up by writer and producer Stephen Follows and director Edward Dark, based in Ealing Studios. I first came across Catsnake when I saw their viral hit A Love Story in Milk (2011), a touching and funny film combining romance and recycling, made for Friends of the Earth – more of which below.

To get an idea of the launchpad for their witty and inventive style, I recommend taking a look at the short film Sign Language, which was an early success for Follows. After an apprenticeship at the Edge Picture Company (the subject of Shooting the message #2), Follows wrote this wonderfully observant and unexpected love story for an employment agency. It will strike a chord with any city pedestrians who have spotted ‘Golf Sale’ sign holders and wondered about the job satisfaction possibilities in such an occupation. It was “written from the heart” by Follows and won the Virgin Short Media Award. You can take a look here:

After this successful debut, Follows teamed up with director Edward Dark to form Catsnake Film, which has since produced a range of corporate and campaigning online videos. And now they have employed extra permanent staff in addition to the many freelancers taken on to work on each film.

Visiting Catsnake in their Ealing Studios office provided a fascinating glimpse into their working environment. Follows’ and Dark’s conversation – and walls – are peppered with psychological observations and concepts, which have seeded previous projects as well as informing work in progress and multiple future possibilities, including a feature film. Their skills complement each other; Dark explains that any differences of opinion are resolved by Follows having the final call on writing matters while Dark has the deciding vote on directorial questions.

They are evangelical about the power of narrative storytelling based on shared emotions. Their creative process starts by identifying a social trigger that will kick off the story. As Follows engagingly recounts about their early success, A Love Story in Milk, milk is an effective social trigger because nearly everyone worries about it a tiny bit every few days (except vegans, presumably). Do I have enough milk? Has it gone off? From this prosaic universal trigger, A Love Story in Milk shifts into the realm of tragic romance via some very neat wit.

In this age of the internet, there is a far greater likelihood of campaigning films being seen by the unconverted than in previous years when the probable outlet for activist films was 16mm film screenings on the non-theatrical circuit. Catsnake’s latest film, The Secrets of Food Marketing, commissioned by Compassion in World Farming, “to provoke conversation about the ethics of the meat industry”, has been a massive internet success, garnering more than 4m views in a week. The central aim of the film is to provoke the viewer into awareness that turning a blind eye is effectively to make ourselves complicit in exploitation. This is achieved by a mightily discomforting twist in the tail that marks a move away from Catsnake’s more usual congenial style. See what you think:

Follows and Dark clearly believe in the messages they convey – “when you’re on the right side of the debate all you need is the debate” as Follows puts it. Several of their films are now preserved in the BFI National Archive and I’m looking forward to seeing how the ideas currently adorning their office walls come to fruition.