A look at the NHS-wide impact of Barbara’s Story, a powerful cycle of films made for Guy’s and St Thomas’ Hospital by White Boat TV about an elderly patient experiencing the disorientation of dementia.

For an uplifting recent demonstration of the power of film, look no further than Barbara’s Story. This 2012-13 film cycle produced by White Boat TV for a major London hospital trust not only had a powerful effect internally, it’s also gone on to be used throughout the NHS and by numerous other organisations worldwide. Best of all, it’s a rare instance of committed and skilled production in the same package as bold commissioning, ambitious distribution and rigorous evaluation – all, remarkably, by a first-time client.

White Boat TV (WBTV) was founded by managing director Nick Gardner in 2001, a sideways move following 15 years as a BBC producer and presenter (probably best remembered as a 1990s Newsround reporter). Gardner correctly anticipated that ‘corporate’ would prove a growing market (and a better fit with raising a young family). Much of WBTV’s emphasis has been on applying broadcast production values for factual programming to commissioned video: events coverage, presented programmes, podcasts and observational documentaries. (An in-house studio at WBTV’s Barnes base enables much video and audio to be recorded onsite.)

Several staff are TV-schooled: Gardner argues it’s an advantage, when ‘shooting the message’, to have a TV journalist’s grasp of how moving image can clarify potentially complex institutional stories. Via a mix of direct contracts and commissions through agencies, WBTV’s clients have included BP, BT, Siemens, Smart Works, IFPI, Business Launchpad and The Vintner. 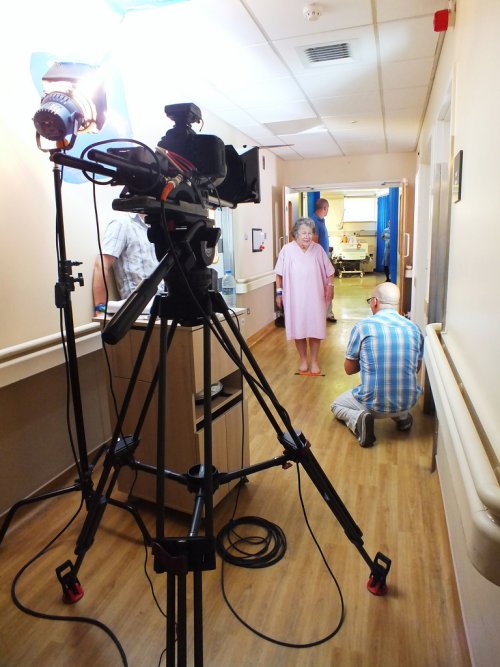 Then, in April 2012, WBTV won the tender for a film commission from Eileen Sills, chief nurse at Guy’s and St Thomas’ NHS Foundation Trust (some years earlier they’d produced informational films about self-care kidney dialysis, and a kidney donation campaign piece, for another client within the Trust). Sills eloquently recounts the project in this linked video, its objective being to spread staff awareness of dementia, encouraging more thoughtful interaction with patients suffering from it. Client and producer together developed the Barbara’s Story concept: a drama following an elderly patient’s often-disorienting experiences while in the hospital’s care.

It was in the can by the end of summer 2012. At which point, many clients, having paid for and received a film, would have stuck it on their intranet, sent out a few emails about it and left matters there. Guys and St Thomas’ instead embarked on a campaign of screenings, making attendance mandatory for all clinical and non-clinical staff, 200 at a time. Over eight months, 11,054 employees viewed Barbara’s Story on a big screen. For a large-scale employer, this is not only a major logistical operation but also a genuine gamble, risking a cynical response and placing a premium on astutely-judged filmmaking.

The need for improved measurement of ‘corporate’ film in relation to its objectives has long been a thorny topic in the business, too often met with a shrug. In this case the Trust commissioned a formal evaluation of Barbara’s Story from South Bank University. Analysing written comments and focus group discussion it found “strong evidence that Barbara’s Story raised awareness […] prompted staff to think more broadly about care provision in the Trust [and] revealed many specific examples of where staff believed they had made improvements in their own practice and/or had observed improvements in others”. 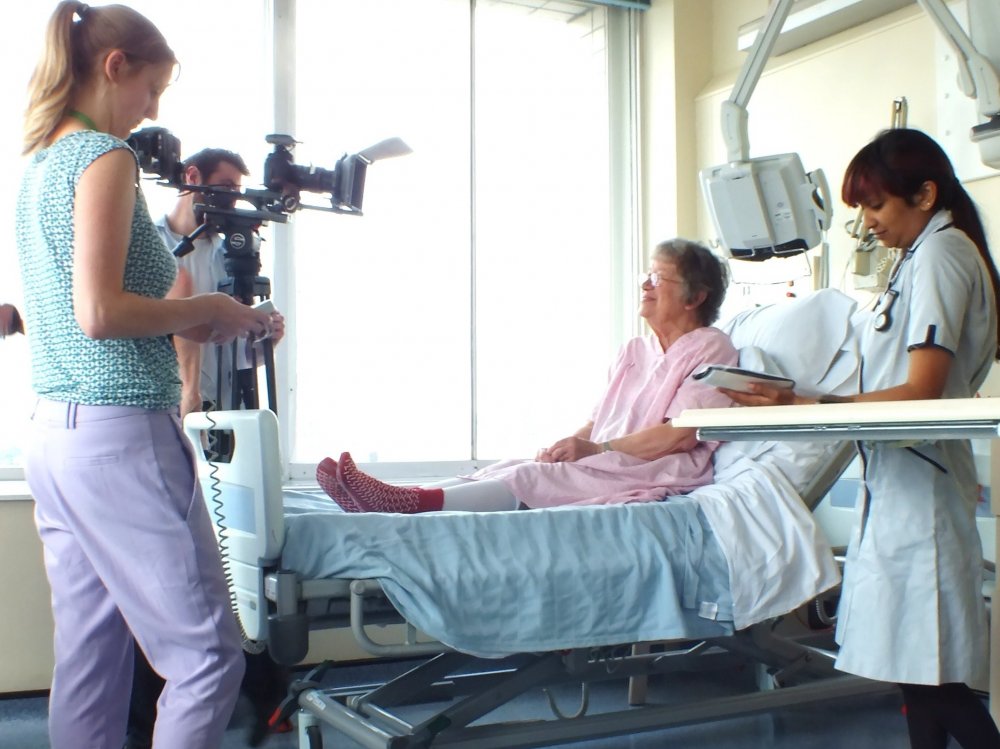 Barbara’s Story has also opened a new chapter for WBTV: a stylistic departure that’s substantially boosted their industry profile. Last year they were commissioned by still birth charity Abigail’s Footsteps, for a video aimed particularly at midwives to improve bereavement care. Originally intended as an interview-based factual programme, after the charity saw Barbara’s Story, following fund-raising for a more ambitious production, it developed into another powerful and adeptly modulated drama. Before clicking through to watch the film, be prepared for some, at times, distressing viewing.

Meanwhile, Barbara’s Story continued… Five sequels (for clinical staff) took the narrative through Barbara’s recovery, in hospital and at home, then further illness ending with a terminal diagnosis and death. While these were rolled out internally, the original film was being adopted by other NHS Trusts (and noticed by the Secretary of State) and elsewhere. Reportedly, it’s been used by some 950 organisations across the world. And, this March, a 30-minute composite of the six films (embedded at the top of this article) was uploaded onto YouTube where everyone can pick it up.

The BFI National Archive exists to preserve the art, history and impact of British film. The Barbara cycle scores on all three, and especially the last: demonstrable impact, easily exceeding the average feature film. High resolution copies of all six films will be permanently preserved in our archive, alongside a selection of other White Boat TV productions.