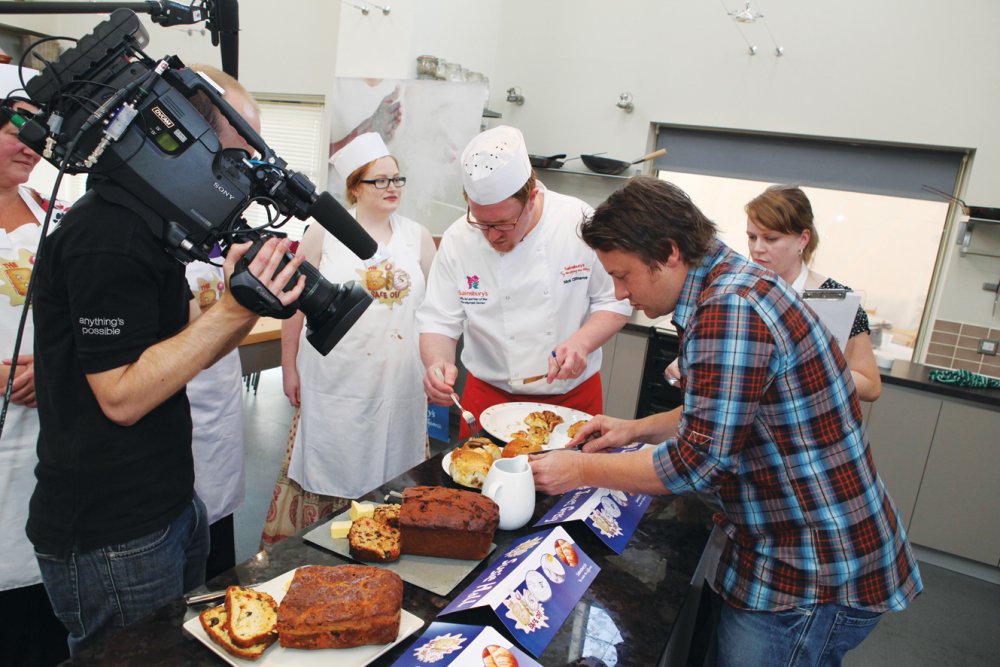 ‘A screen review of work and play, progress and development in the company…’

These words might have been written about Sainsbury’s Monthly Briefing (2006-), a fascinating digital video series produced for the supermarket giant by leading communications company drpgroup. Actually they’re how, 60 years ago, steelmakers Richard, Thomas & Baldwin promoted Ingot Pictorial (1949-59), a ‘cinemagazine’ screened to staff in mobile cinema vans and some public cinemas near to their many steelworks.

Ingot Pictorial was merely one of a host of industrial cinemagazines, including London Transport’s Cinegazette (1947-57), ICI’s Just Billingham (1947-60) and Panorama (1951-56), the Laing News Review (1954-55), Babcock and Wilcox’s Home and Away (1954-61) and, heftiest of all, the National Coal Board’s Mining Review (1947-83). Following the demise of the industrial film, internal company news on videotape was a staple of the emerging corporate video industry. Today, ‘regular communication’ is bigger than ever and, in an era in which superstores matter as much as mills and mines once did, Sainsbury’s Monthly Briefing is one of the most significant and charming current examples. 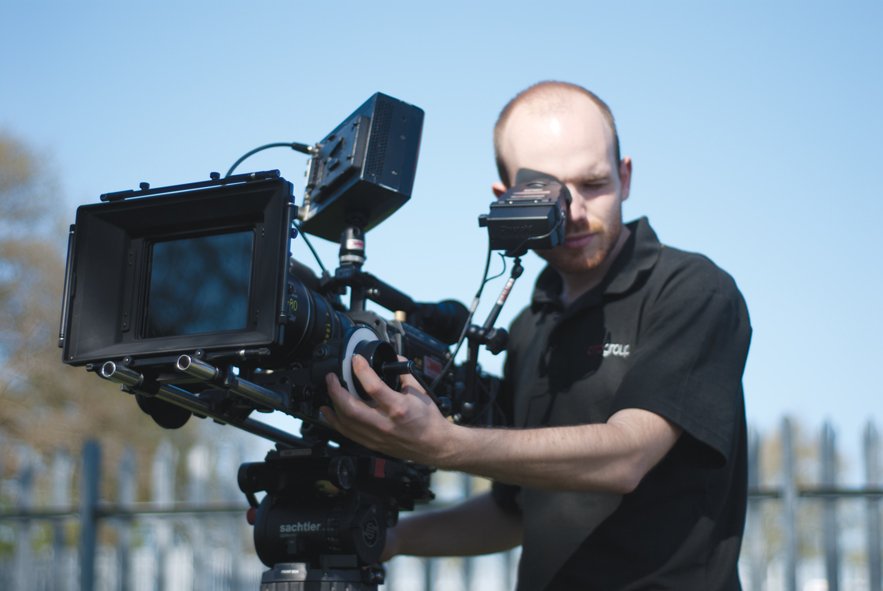 Sainsbury’s “screen review of work and play, progress and development” illustrates how, behind the scenes (at the coalface, one might say), film quietly and professionally pursues the task of keeping workforces informed and, the theory goes, motivated and productive. The impact of moving images has always rested less on how many people view them than on who they are, how it affects them and how it plays out in their behaviour. Sainsbury’s’ several million customers never see these films but are served by those who do – 150,000 employees per issue, according to drpgoup.

Then there are special editions on single topics: company ethics, staff grappling with family carer issues and, naturally, a Christmas special. In the outside world, Sainsbury’s’ recent Christmas marketing campaign is centred on a film, by Kevin Macdonald and Ridley Scott Associates, which pioneers a remarkable hybrid of advertising, corporate, documentary and amateur filmmaking. The Sainsbury’s Monthly Briefing, meanwhile, has a deliberately ‘homely’ feel, reminiscent of regional news programming. Impressively, most issues are personally presented by CEO Justin King. (In interests of commercial balance, I should point out that King’s isn’t the only supermarket chain in the film biz: Tesco’s Philip Clarke gives him a run for his money here.) 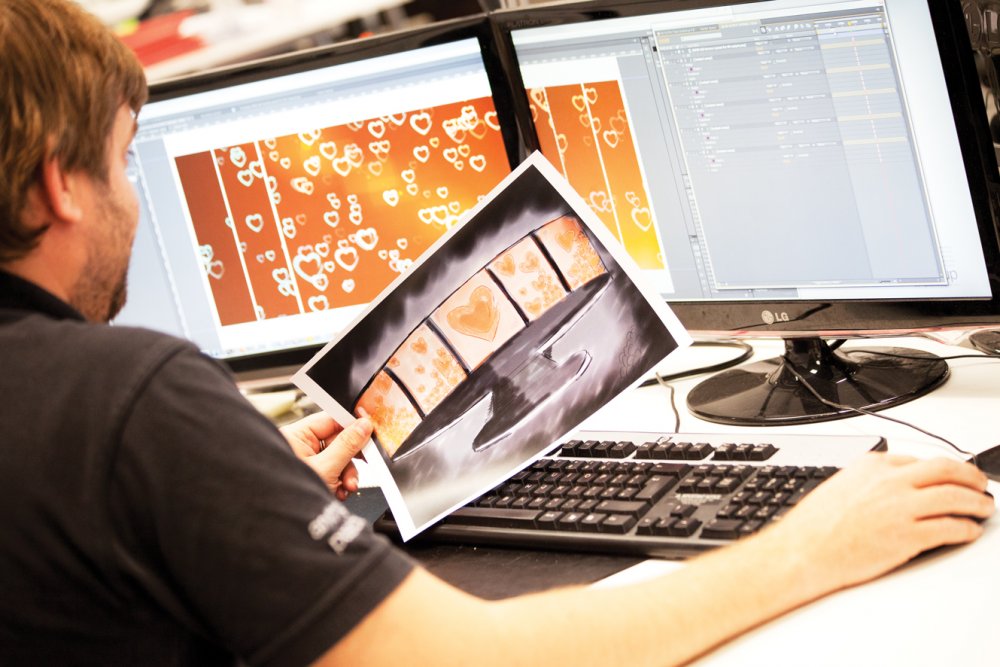 drpgroup had produced a Marks and Spencer’s video magazine in the days when King was a senior M&S manager, then followed him to Sainsbury’s along with several senior communications staff. But the drp story goes much further back, to the video industry’s Wild West pioneer days. Managing director Dale Parmenter founded the company as DRP Films in Worcestershire (still its main home) in 1980, producing initially on 16mm before switching to video.

Their first video client was Brintons Carpets, for whom they produced, yes, a regular video magazine, projected onto large screens in store car parks! Thomas Cook proved a reliable early client and remains one: drpgoup have produced their quarterly staff video for 12 years. Providing video facilities for staff conferences proved a significant line of business and along the way Parmenter also bought up a digital company.

So drpgroup exemplifies today’s media ‘convergence’, producing events, film, interactive and print products. Events constitute the biggest production line measured by turnover, but video accounts for 40%, and growing, if measured by scale of production. Of 135 staff, nine are based in London, four in Leeds and the rest at purpose-built Worcestershire studios. 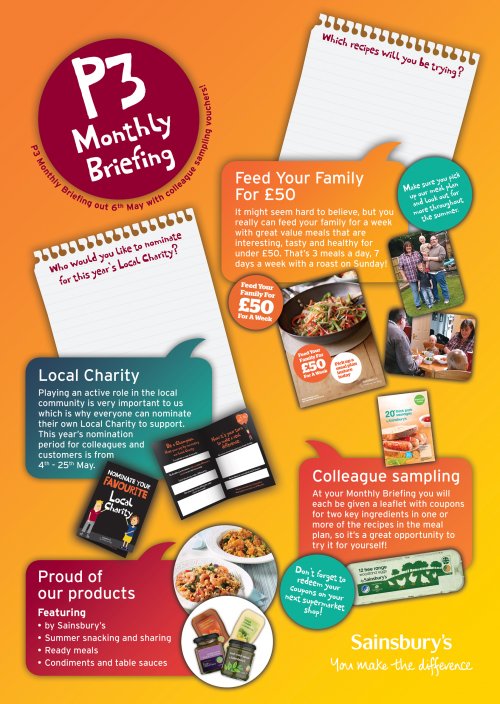 The Sainsbury’s programme constitutes 35% of production. Other clients include Jaguar, National Express and both the Lloyds and Nationwide groups. For the little-known but large-scale retail distributor LF Europe, drpgoup produces films conveying the sheer magnitude of company operations. For Bosch, they make films on new technology: strong on computer graphics, they’re aimed simultaneously at engineers, dealers and customers.

Cutting-edge technologies notwithstanding, some underlying principles are timeless. Parmenter argues that his best clients owe their success in no small part to the level of employee engagement their internal communications have facilitated. Conversely, he believes other companies hastened their own extinction by failing to do the same.

Two drp staff are based full-time at Sainsbury’s Holborn head office, embedding the production company in the client’s culture and operations. Each edition is placed on Sainsbury’s intranet, but all store managers receive a DVD and support pack for arranging monthly screening sessions which is where, apparently, most viewers see them. How encouraging to know that the spirit of the mobile cinema lives on!