How The Shawshank Redemption became the internet’s favourite film

It flopped at the box office in 1994, but now sits secure at number one on the IMDb poll of greatest films ever made. What’s behind the unstoppable rise of The Shawshank Redemption? 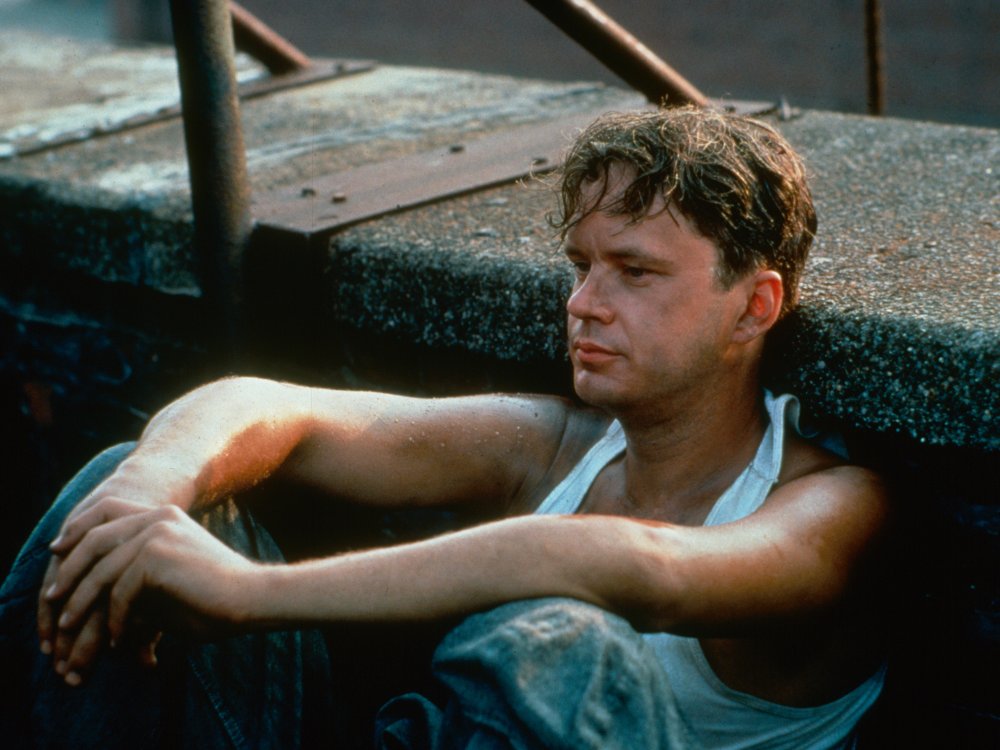 The Shawshank Redemption’s journey to become one of the world’s best-loved movies is an unlikely underdog tale to rival that of its enigmatic protagonist Andy Dufresne (Tim Robbins). Over the course of the film, Dufresne suffers a succession of appalling setbacks – incarcerated, perhaps unjustly, for the murder of his wife and her golf pro lover; repeatedly beaten and sexually assaulted by a sadistic group of inmates; further tormented and terrorised by corrupt warden Samuel Norton (Bob Gunton). But in forming a tactical alliance and subsequent friendship with fellow prisoner Ellis Boyd ‘Red’ Redding (Morgan Freeman), Dufresne ultimately summons the inner strength to outsmart his antagonists in extraordinarily satisfying style.

So it was that Shawshank’s meandering road to glory was littered both with maddening obstacles and convenient shortcuts. It’s tempting to read the doggedly determined Dufresne as a cipher for the film’s creator, Frank Darabont. In 1980, aged just 21, the aspiring writer-director wrote to his literary idol Stephen King, seeking permission to adapt his story ‘The Woman in the Room’ into a short film. Fortuitously, King had recently established a benevolent policy of granting unknown filmmakers the right to adapt one of his short stories for a $1 fee, on the condition that the resulting film could only be exhibited commercially with his approval.

Darabont’s short took three years to complete, and in the final year, while eking out a living as a prop assistant, he spent $7,000 of his $11,000 salary on post-production. This prompted an audit by the IRS, who couldn’t fathom how he’d managed to survive on the remaining $4,000. But this period of intense frugality was by all accounts worth it, as King loved the finished product. Several years later, he allowed Darabont to have a crack at another story, ‘Rita Hayworth and Shawshank Redemption’, from the 1982 collection Different Seasons.

With just a few schlock horror screenwriting credits to his name, Darabont turned this decidedly uncinematic novella into what Castle Rock Entertainment producer Liz Glotzer called “the best script I’d ever read”. Said script also caught the attention of Rob Reiner, who had enjoyed critical and commercial success helming Stand by Me (1986), adapted from another story in Different Seasons. Reiner reportedly offered the fledgling, flat-broke writer around $3m to direct Shawshank himself, a figure that would have immediately propelled Darabont into the ranks of Hollywood’s highest-earning screenwriters. However the industry newcomer admirably stuck to his guns and insisted that Shawshank would be his debut directorial feature.

It’s a decision that cost the film the guaranteed box-office draw of Tom Cruise, who wanted to play Dufresne but was unwilling to take a risk on an unproven director. But the fresh-faced first-timer was nevertheless able to entice an impressive roster of collaborators to the table – Robbins and Freeman, of course, but also Roger Deakins, fast emerging as a superstar cinematographer through collaborations with the Coen brothers, and Thomas Newman, who was on the cusp of becoming one of Hollywood’s most sought-after composers. 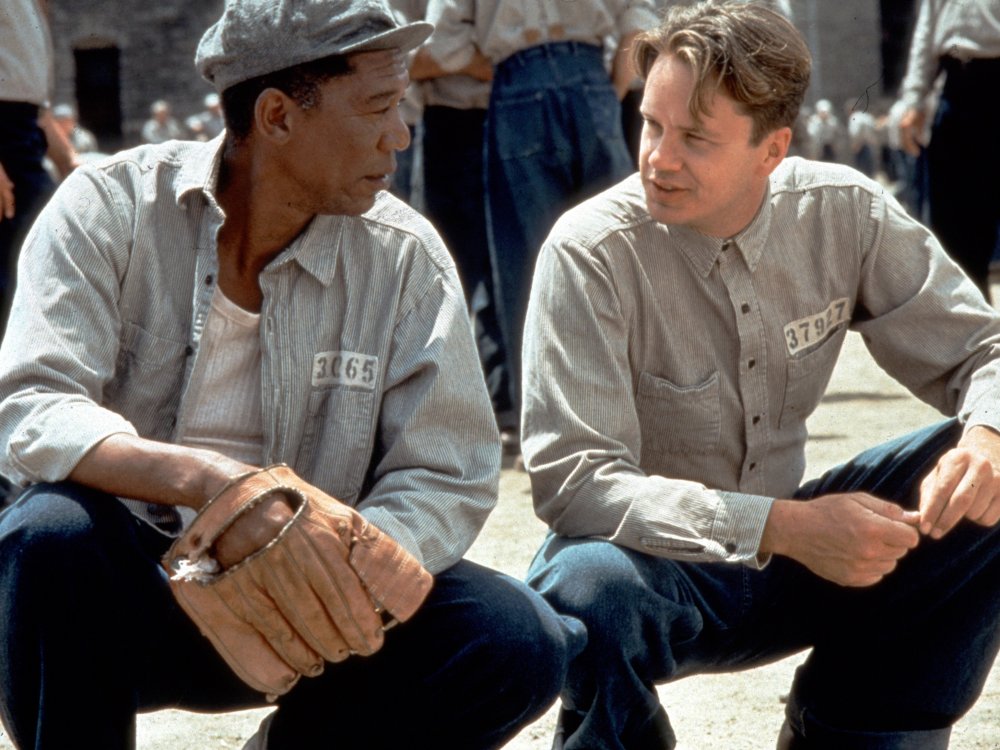 A 2014 Vanity Fair piece by Margaret Heidenry offers an enthralling deep dive into the film’s development and production history. But suffice it to say that in the lead-up to its release, its makers had every reason to believe they had a hit on their hands. Reactions to public test screenings were through the roof, and most early critics were similarly won over. Yet when it initially opened on 23 September 1994, the crowds failed to materialise. Some may have been discouraged by a negative take from influential Los Angeles Times critic Kenneth Turan, who lamented: “its message of hope and friendship comes premixed with a sizeable dollop of unappetising violence, intended to convince audiences that what they’re watching isn’t a big glob of cotton candy after all.” 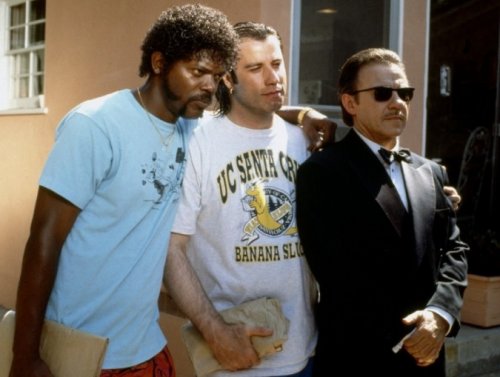 Then, in a case of astonishingly poor timing, Shawshank expanded into wide release on 14 October, the very same day that Quentin Tarantino’s Pulp Fiction, red hot from its Cannes Palme d’Or win and adulatory early notices, opened on 1,100 screens, shooting straight to the top of the charts and establishing itself as a once-in-a-generation pop culture phenomenon.

Meanwhile, Robert Zemeckis’s Forrest Gump was still in the relatively early stages of its epic 42-week theatrical run, on its way to becoming one of the highest-grossing films of all time. And let’s just take a moment to reflect on what an unlikely pair of blockbusters these were – on the one hand, a breathtakingly explicit, precociously cine-literate, non-linear fever dream of a crime saga; on the other, a decades-spanning, CGI-augmented tale of a disabled man who plays an unwitting role in virtually every major cultural and political event in modern US history, which would go on to inspire an international chain of seafood restaurants. 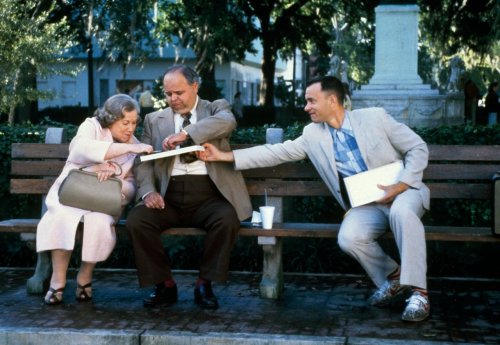 In hindsight, it’s no wonder that the classical stylings, deliberate pacing and earnest moralising of Shawshank initially failed to steer both audiences and the broader cultural conversation away from its outlandish rivals.

A second chance was granted for the film when it received seven Oscar nominations in early 1995. While it went home empty-handed on the big night, this paved the way for a moderately successful theatrical re-release, swiftly followed by a phenomenal run on VHS, where it ended the year as one of the country’s most rented titles. But it’s on American TV, Heidenry asserts, that the film really began to cement itself as a modern classic. With cable magnate Ted Turner having acquired Castle Rock in 1993, he was reportedly able to sell himself broadcast rights to Shawshank for a bargain rate, partly as a result of its poor box-office haul. The film first aired on his TNT network in 1997, to record-breaking ratings. It swiftly began to screen almost daily, given that Turner could charge a premium for advertising with minimal broadcast costs. 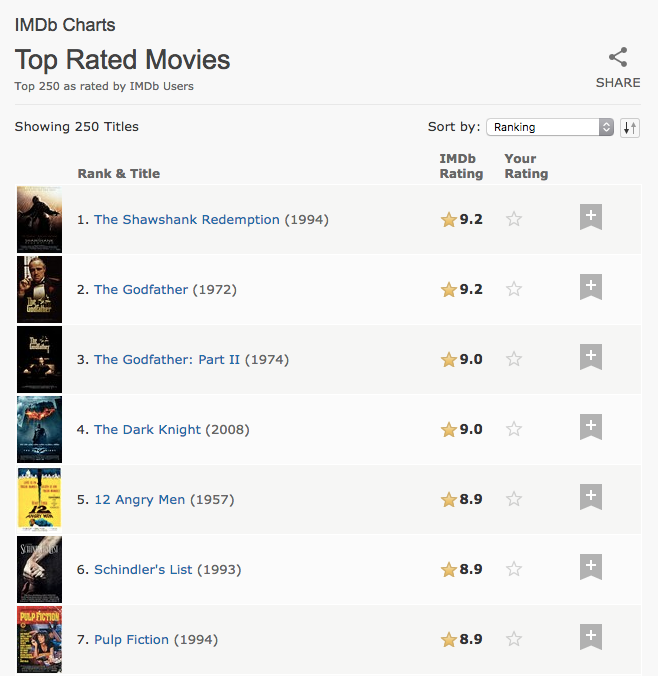 Just as The Shawshank Redemption was becoming a home-viewing staple, online film culture was beginning to broach the mainstream – around 25% of US households had internet access in 1997; by 2001, this figure was closer to 50%. With this came a hitherto unprecedented proliferation of public-generated best film polls, chief among these being the IMDb top 250. Shawshank could reliably be found hovering around pole position on the list, establishing it among tech-savvy film lovers as a must-see. And as video shops began to be usurped by online DVD rental services, Shawshank’s popularity ensured it a prominent position on virtual storefronts – on the UK’s soon-to-be defunct Lovefilm, for example, ‘Best of IMDb’ is its own top-level category.

Recent polls suggest the film has remained as popular in the UK as across the Atlantic. It’s a mainstay in the upper echelons of Empire magazine’s reader-voted top 100, ranking number four in this year’s edition. And in 2015 it was declared Britain’s favourite film by YouGov, whose survey statistically supports my own hunch as to why it’s such a consistent performer. Looking at the vote broken down by age and gender, it fails to claim the top spot among any individual group, but emerges as the one film in the top 15 that every demographic enjoys. Compare this to Star Wars (1977) and Pulp Fiction, which both rank highly among 18-39 year-olds, but poorly with over-60s; or to Gone with the Wind (1939), where the opposite is true. Shawshank is the consummate all-rounder – visceral enough to capture the imagination of the teenage cinephile; sufficiently moral and life-affirming to win the approval of said hypothetical youngster’s grandparents.

Ultimately, this very particular blend of grit and schmaltz is the key to Shawshank’s success. Much like that other perennial favourite It’s a Wonderful Life (1946), it spends the majority of its running time heaping misery on its stoic protagonist. And so when the tide finally begins to turn in Andy’s favour, it paves the way for an ending that amps the feel-good factor up to 11. In her Vanity Fair article, Heidenry uses the hideous term “guy cry” to describe its unusual appeal, claiming that “watching Shawshank on TV allows a man to shed a few cathartic tears… in the privacy of his home”. Set aside the crass perpetuation of traditional gender roles and there’s a perceptive underlying point – this is a rare example of a relationship movie centred around a platonic male friendship. Moreover, it’s a weepie that tricks you into feeling like it’s truly earned your tears – even, it would seem, among those whose fragile masculinity would be shattered by the revelation that they had been so easily duped. 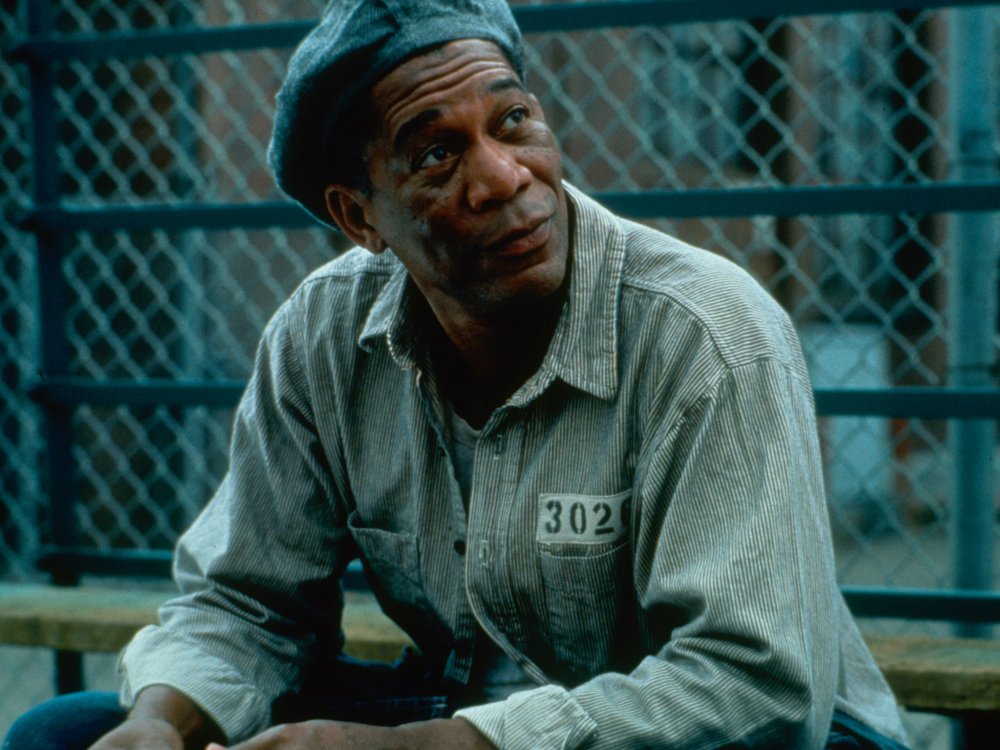 Another significant factor, which I feel is sometimes overlooked, is its success as a Stephen King adaptation. Through highly quotable dialogue and Red’s rambling voiceover narration, some of it lifted directly from the source material, Darabont brings to the fore many of the qualities that make King one of world’s most popular storytellers – his easygoing, conversational tone, his poetic profanity, his seemingly effortless ability to blend the mundane and the fantastical. And while it’s a far cry from the supernatural suspense that remains King’s forte, there’s a potent horror undercurrent, detectable in Deakins’ elegant framing of the intensely sinister prison architecture, in the larger-than-life villains, and in the spectacular thunderstorm that enables Andy’s triumphant final act of defiance.

I must confess, Dufresne’s unlikely escape doesn’t really do it for me. Here’s a film all about maintaining hope and patience in the face of adversity, which climaxes with our hero literally crawling towards the light at the end of a tunnel. But it’s as an allegory that Shawshank seems to inspire its fiercest devotion, particularly from people of faith. When making a Channel 4 documentary about the film, Mark Kermode encountered a host of American fans who likened it to a religious experience, having been shaken to their core by the clarity and directness of its central message. And really, once a piece of popular art has been declared literally life-changing by its most passionate fans, any sniffy misgivings that a critic may have are surely rendered pathetically irrelevant.