Ingmar Bergman’s masterpiece about a doomed medieval knight who plays chess with Death is one of the great classics of world cinema. On its 60th anniversary, we count up the reasons it’s still so special.

Set in the time of the Black Death, Ingmar Bergman’s The Seventh Seal (1957) centres on a pensive knight, Antonius Block (Max von Sydow), who returns to Sweden after fighting in the Crusades. Death (Bengt Ekerot) comes to claim him, but Block forestalls his demise by challenging Death to a game of chess – Block wishes to find answers to some of life’s big questions and perform at least one meaningful deed before he dies.

Since its release 60 years ago, The Seventh Seal has become an acknowledged classic of world cinema. But just why has the film proved so popular?

1. Because it’s both timely and timeless

When The Seventh Seal was released in 1957, the world was still recovering from the Second World War, the Cold War was underway and a well-founded fear of nuclear destruction was spreading far and wide. For contemporary audiences, Bergman’s tale of a knight returning from war to face the possibility of society being decimated by the bubonic plague clearly resonated. But by focusing on the wider issues of man’s relationships with death, life and God, Bergman was able to transcend simple metaphor and make the film a rich philosophical allegory that remains relevant even today.

2. Because, despite being a film about death, it’s life-affirming

During his journey through the plague-ravaged land, Block meets a band of travelling players – Skat (Erik Strandmark), Jof (Nils Poppe), Mia (Bibi Andersson) and Mikael (Tommy Karlsson), the infant son of Jof and Mia. Early on, Skat dons a stage mask of Death, but he soon throws it casually aside, for death is not on their minds. In fact, the players represent all that is good in life and, in an idyllic moment, Mia offers Block wild strawberries and milk – a moment that he promises never to forget. It is with Jof, Mia and Mikael that the film ends, proving that the lightness of life will always survive the blackest of days. 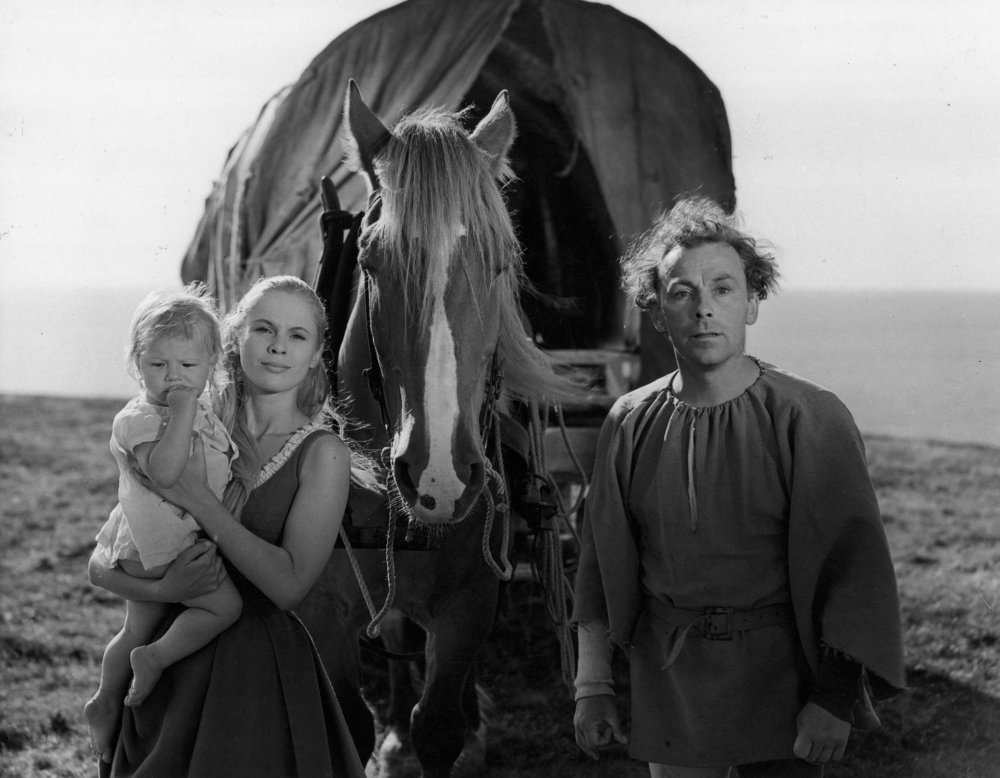 3. Because it’s full of great performances

Throughout much of the 1950s, Bergman served as the director of the Malmö City Theatre, where he established a troupe of actors to work with him across both stage and screen. Those featured in The Seventh Seal include Gunnar Björnstrand, Åke Fridell, Gunnel Lindblom, Anders Ek and Bibi Andersson. But it was Max von Sydow, in the leading role, who would rise to international stardom thanks to the success of the film: Hollywood came calling, and some of his most famous roles followed, including Jesus in The Greatest Story Ever Told (1965), Father Merrin in The Exorcist (1973) and Ming the Merciless in Flash Gordon (1980). 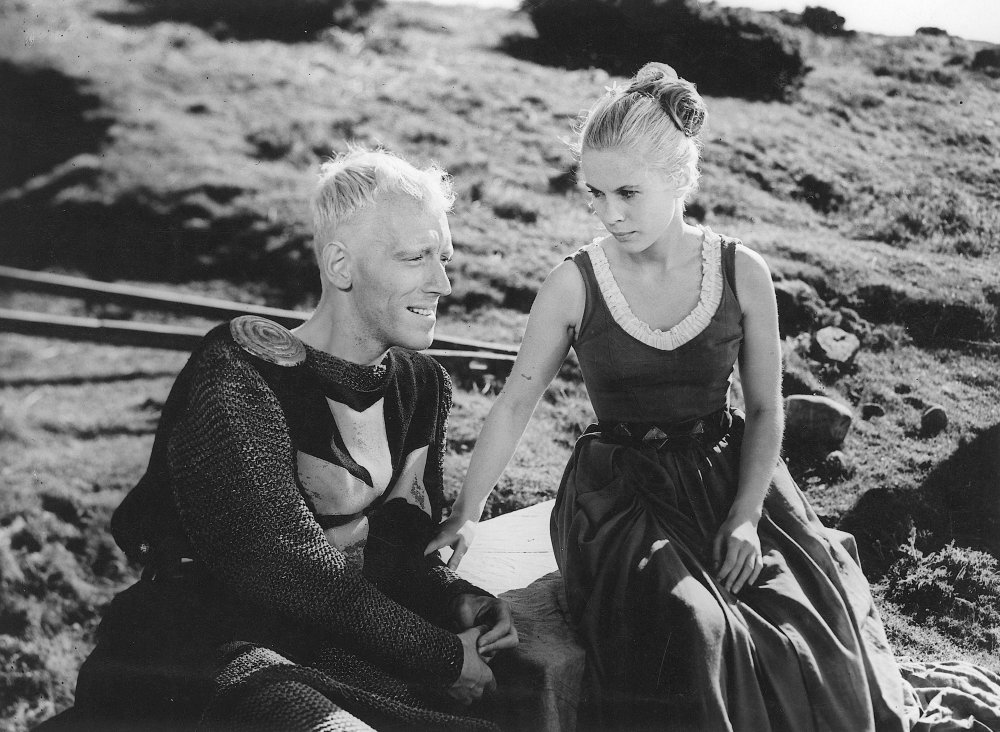 While Bergman’s later partnership with Sven Nykvist might be more famous today, it was cinematographer Gunnar Fischer who created The Seventh Seal’s indelible images. Fischer’s collaboration with Bergman stretched from 1948’s Port of Call to 1960’s The Devil’s Eye, and can be identified by the sheer clarity of his highly composed images. Fischer had a unique understanding of lighting and contrast, which he claimed to have learned from the Danish director Carl Theodor Dreyer (they collaborated together on 1945’s Two People). Perhaps the crowning visual achievement of the Bergman-Fischer period, The Seventh Seal’s stark black-and-white cinematography exemplifies the duo’s penchant for expressionist, chiaroscuro lighting – the perfect visual metaphor for a film about the clash between lightness and darkness.

Unlike many arthouse directors, Bergman never forgot the need to make his films entertaining. He felt a great responsibility towards his audience, seeing them as the people who were ultimately paying his wages. Somehow, over the years, The Seventh Seal has acquired a reputation for being humourlessly bleak, but the truth is quite different, and the weightier scenes are balanced by scenes of comic relief. In fact, even the opening sequence, in which Block first meets Death, is littered with witty one-liners – as Death draws the black set of chess pieces, he quips: “Appropriate, don’t you think?”

There are few films that enter the wider public consciousness to the extent that they become identifiable from a few simple signifiers, but The Seventh Seal’s images of Block playing chess with Death must surely be among the most recognisable in cinema history. In crafting the scene, Bergman drew upon a medieval church mural he saw as a child, in which a man played chess with Death. But even if Bergman wasn’t the originator of the concept, it was The Seventh Seal that made it iconic – and, like all iconic works, the film has been parodied many times, perhaps most notably in Bill & Ted’s Bogus Journey (1991).

7. Because it helped launch the international arthouse film scene

Although films had been travelling overseas since the silent era, the widespread success of The Seventh Seal, especially in America, helped usher in a new period of international exposure for arthouse cinema. The film proved that cinema could be a serious means of philosophical expression and, what’s more, that such expression could be popular with audiences. Foreign films became a viable enterprise in America and, in 1957, the Academy even introduced an Oscar for best foreign language film (though The Seventh Seal wasn’t nominated). Bergman’s film has since become a staple of arthouse cinema and been admired by directors as diverse as Woody Allen, Eric Rohmer, Martin Scorsese, Guillermo del Toro, Paul Verhoeven and Krzysztof Zanussi.