Made in Chelsea in 1963, the unsettling Dirk Bogarde drama The Servant is often considered one of the greatest of all London movies. More than half a century later, how have its locations changed? 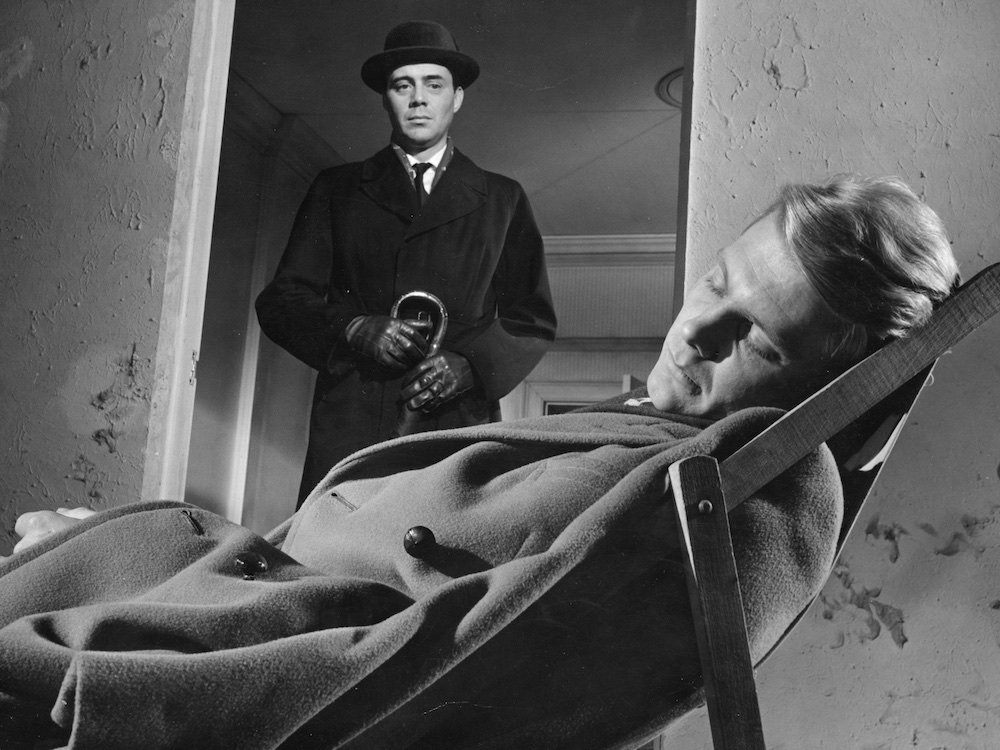 On film, London has been seen through the eyes of many different directors, yet often the most interesting portrayals of the city have come from filmmakers from other countries, who provide fresh perspectives on the capital. Films such as Michelangelo Antonioni’s Blowup (1966), Jerzy Skolimowski’s Deep End (1970) or Aki Kaurismäki’s I Hired a Contract Killer (1990) have arguably come closest to capturing its fluctuating atmospheres, despite often fragmenting its streets and even filming outside of Britain entirely. 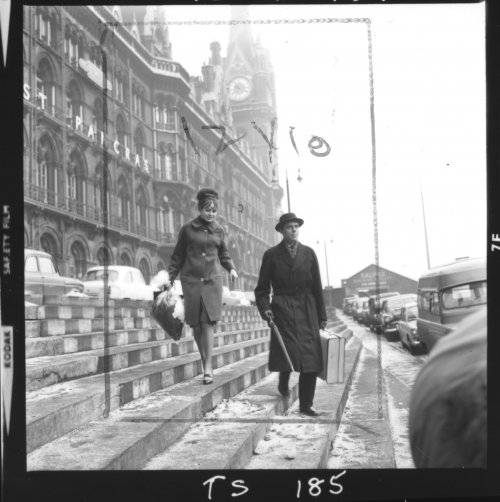 Opposite to this, we have the American Joseph Losey and his 1963 collaboration with Harold Pinter, The Servant. Adapted from the novel by Robin Maugham, the film avoids the abstracted spaces favoured by Antonioni and Skolimowski in favour of geographic accuracy. Places shown to be near the house where the film’s drama unfolds are genuinely nearby, while if in the film it requires a taxi to get there, then the destination is actually that distance away. Filmed during one of the coldest British winters on record, Losey’s London is as icy and beautifully stark as any portrayal of the city on film.

The Servant follows the unusual power-play between aristocrat and developer Tony (James Fox), his insidiously controlling manservant, Barrett (Dirk Bogarde), and Tony’s girlfriend Susan (Wendy Craig). The tension mounts as Barrett brings his supposed sister, Vera (Sarah Miles), down from Manchester to also work in Tony’s new Chelsea house, only for the pair to drive him to the point of madness through drink and psychological torment.

Furthest west of The Servant’s locations is the mansion where Tony and Susan visit Lord and Lady Mounset (Richard Vernon and Catherine Lacey). Susan clearly uses the location to try to draw Tony away from Barrett’s increasing stranglehold, and so a great deal of the house and its gardens are seen.

The house in question is Chiswick House on Burlington Lane, now owned by English Heritage. Unlike the snowy vistas that greeted Tony and Susan, my visit was in high summer, with the snow replaced by green grass and dogs bathing in the house’s lake. 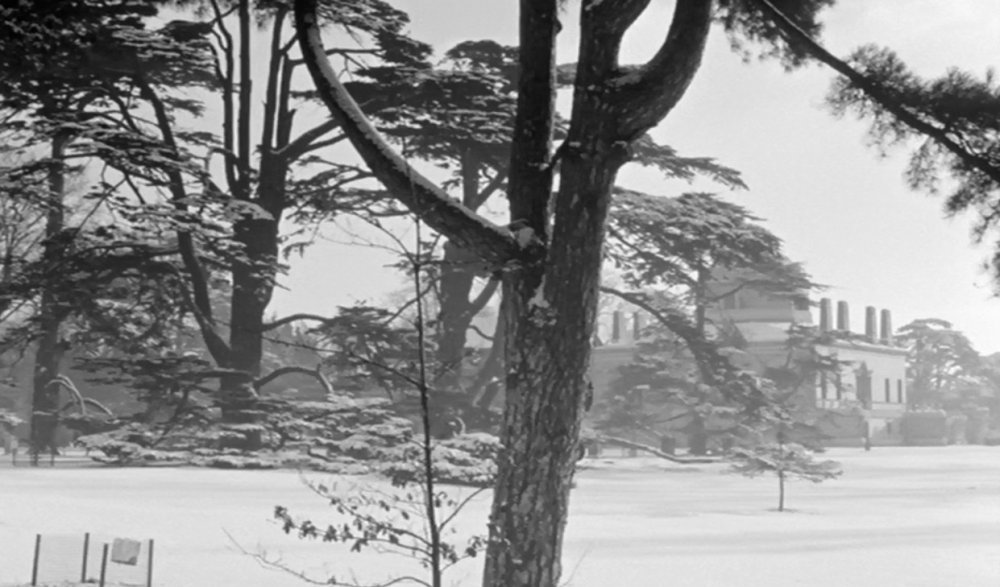 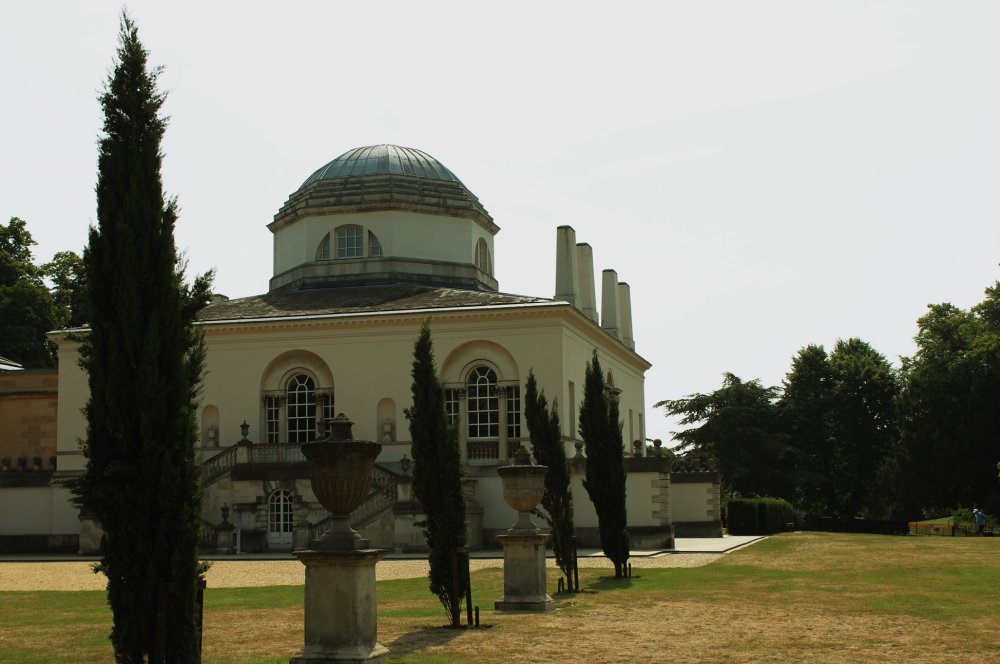 The garden’s ornaments are all still part of the property, and brought to my mind the music video for The Beatles’ ‘Paperback Writer’, which was also filmed here. Attempting to recreate the angle of one particular snowy shot proved impossible due to the hedgerows, though the house has been preserved and little has changed. 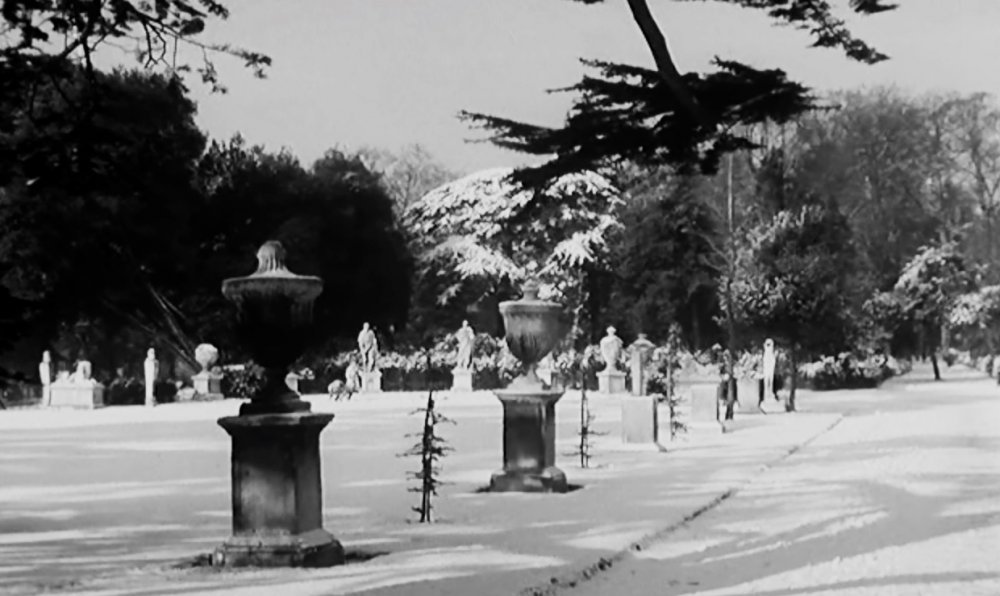 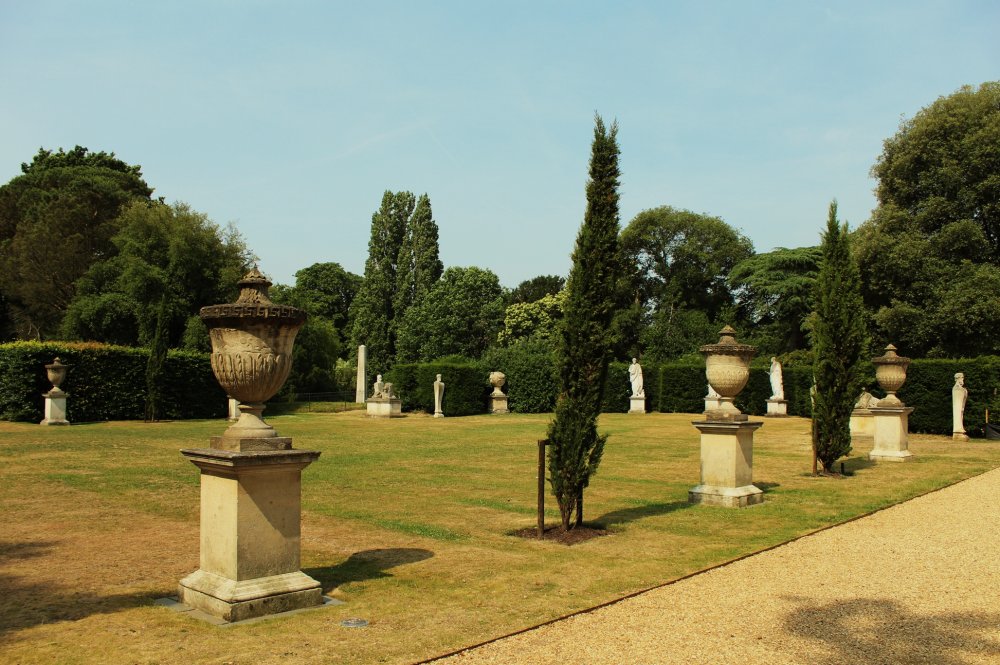 Sadly, after asking several members of staff about taking photographs in the rooms where Losey filmed, access was denied. The room seen in the surreal exchange about ponchos is entirely as it was and is accessible to the public, but, due to the copyright that current owners now hold on all of the furniture, photography is strictly not allowed. I wondered how possible Losey’s filming would be today, daydreaming about the director having to gain permission for the many pieces of furniture used in the scene. 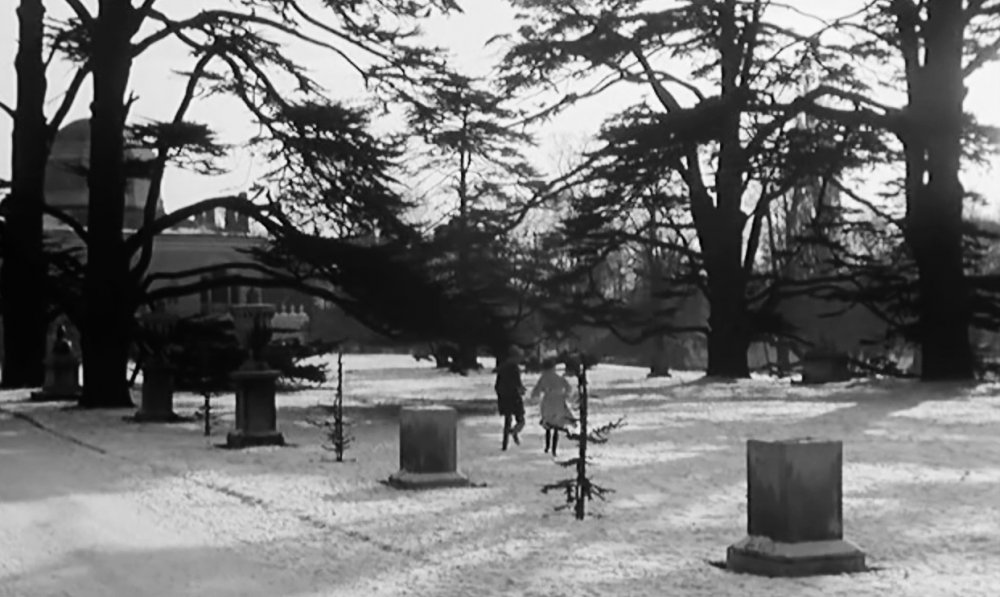 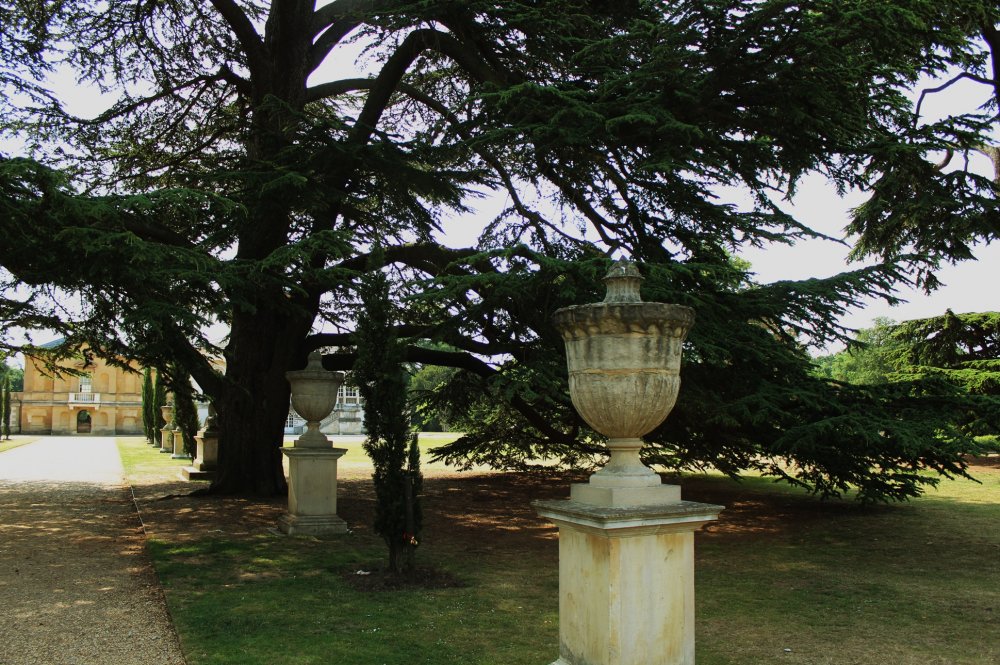 Taking a train in the opposite direction to many top-hatted Ascot attendees, I made my way to West Brompton with the intention of walking the rest of the locations. My first stop was a good mile away on the endless Fulham Road.

Number 241 eventually came into sight: this is The Queen’s Elm pub, seen variously in the film when Tony and Barrett eventually meet again after he has initially sacked him for his deceitfulness. Though the building’s outer features are intact, the pub is now an “appointment only” wedding dress shop. The new business has emptied the features of the pub entirely; it is now depressingly sparse but full of ghostly mannequins. 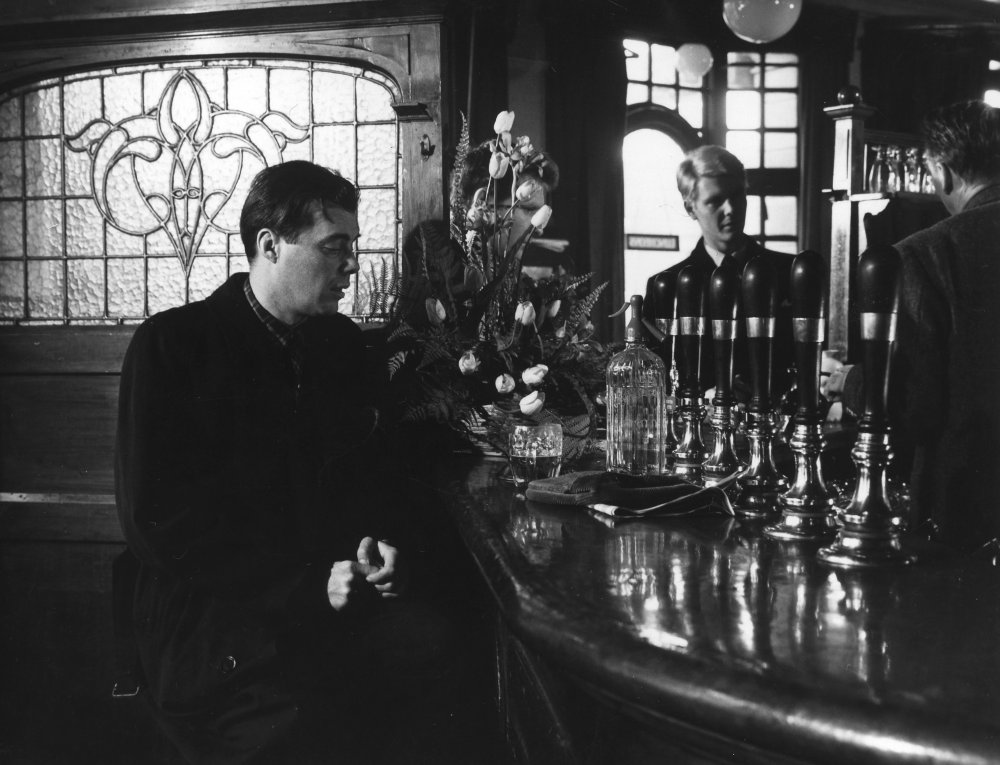 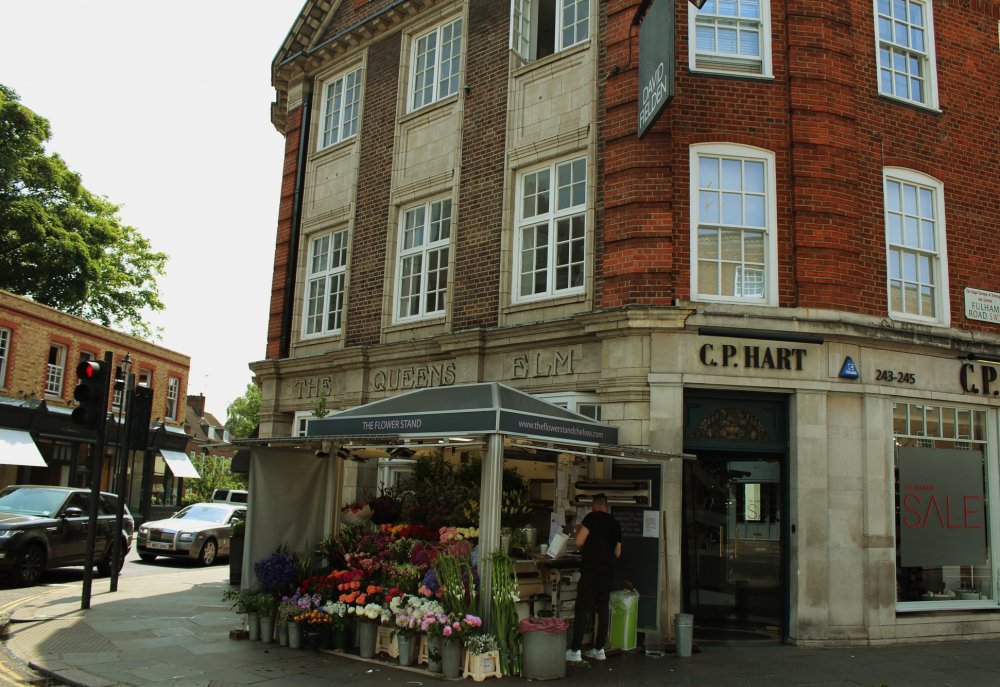 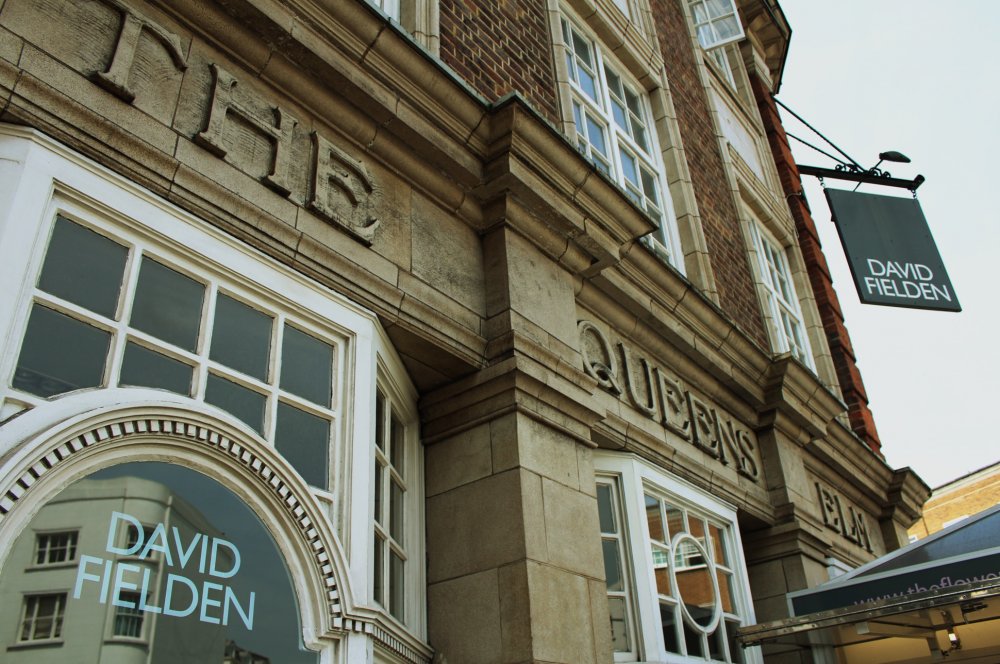 The next stop was to be more exciting and unchanged: the main location of the house and various shots that Losey filmed around it. Finding the King’s Road, I ventured down until coming to Royal Avenue where so much of The Servant was shot. I first wanted to see what had become of the famous ‘Thomas Crapper’ Sanitary Engineers, which is seen in the very opening pan following Barrett. The building is now a clothes shop called Ghost.

Following the pan, the square that’s seen throughout the film has also changed very little, though high summer meant that the trees were full of leaves and hiding the many Georgian properties that we see in Losey’s film. 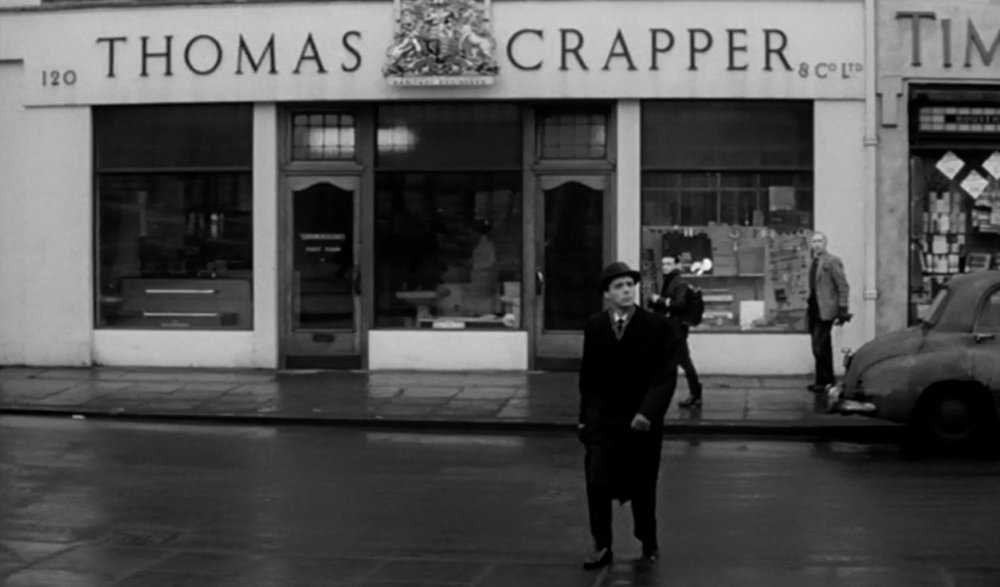 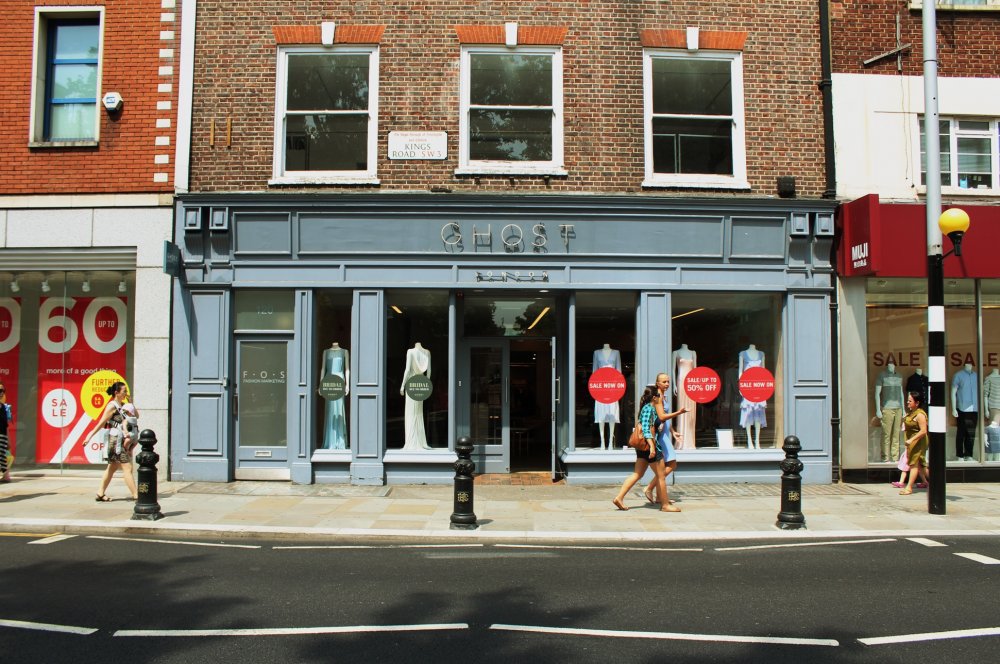 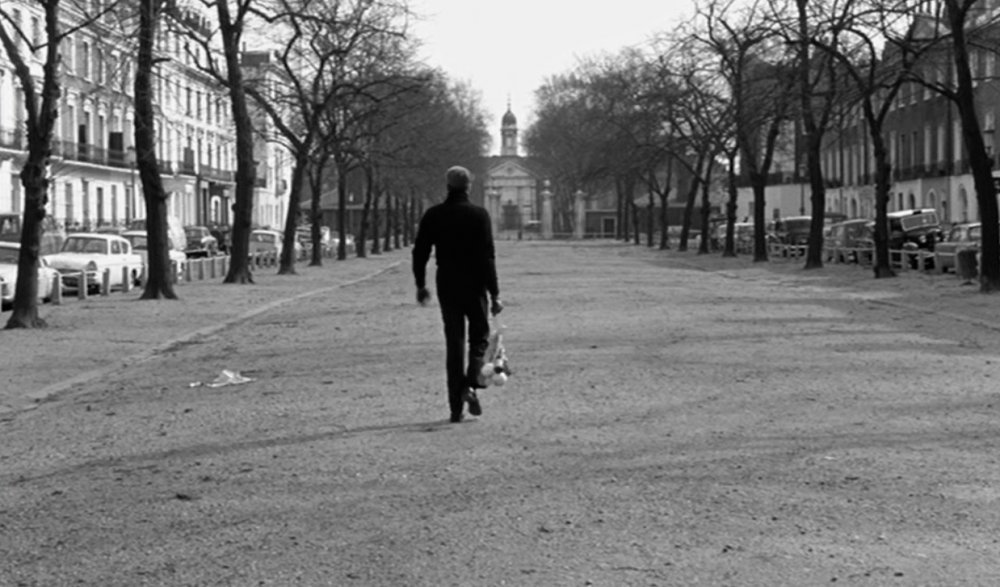 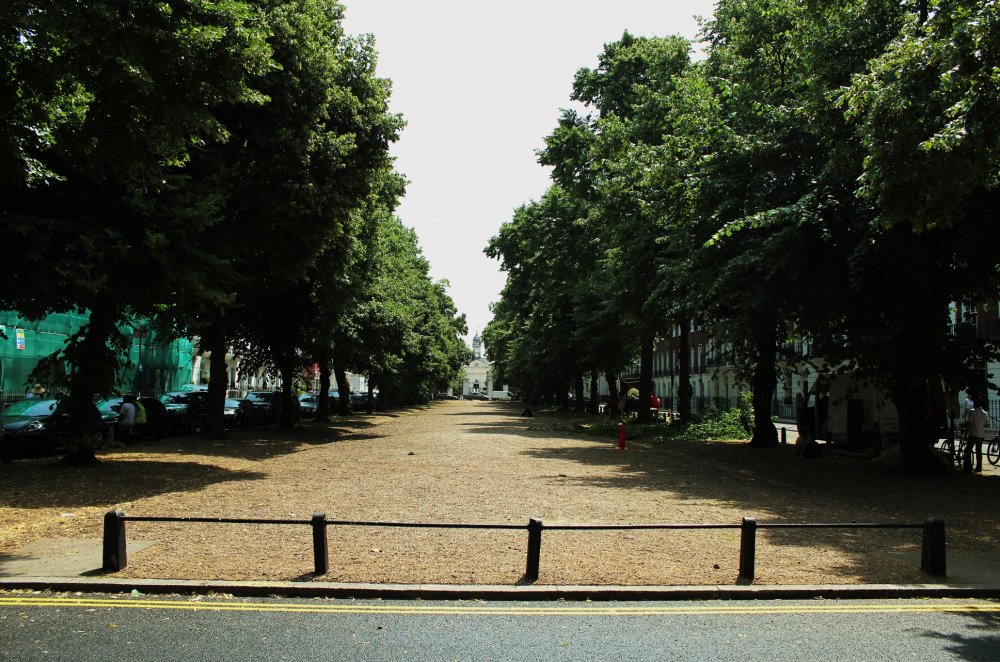 I wanted to try for a shot recreating the location image of a single tree in the snow. By sheer misfortune, however, a number of tree surgeons were currently working on this exact tree during my visit.

The King’s Road itself is far from the quietude that Losey captures in his film. The house used for most of the exteriors is number 30, and the door, with the exception of a new lick of paint, is the same as seen in the film. Even the railings seen when Barrett first arrives promptly for his interview with Tony are the same. 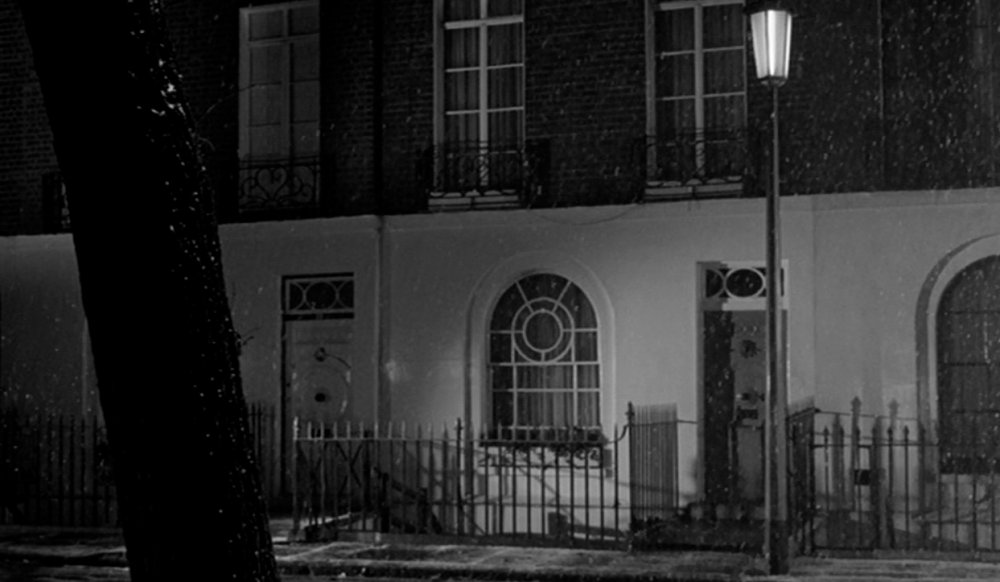 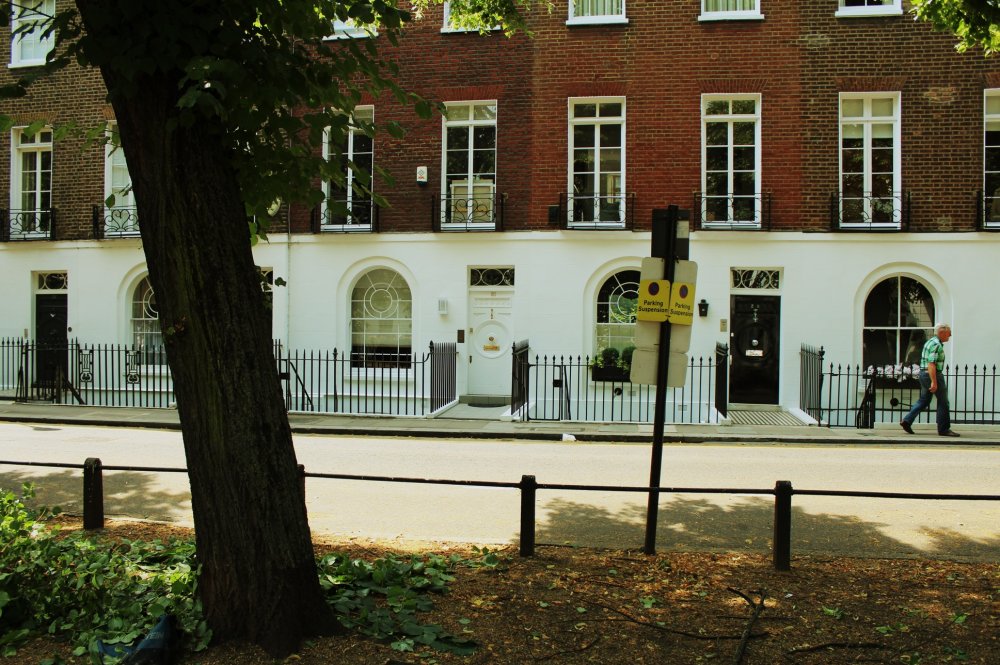 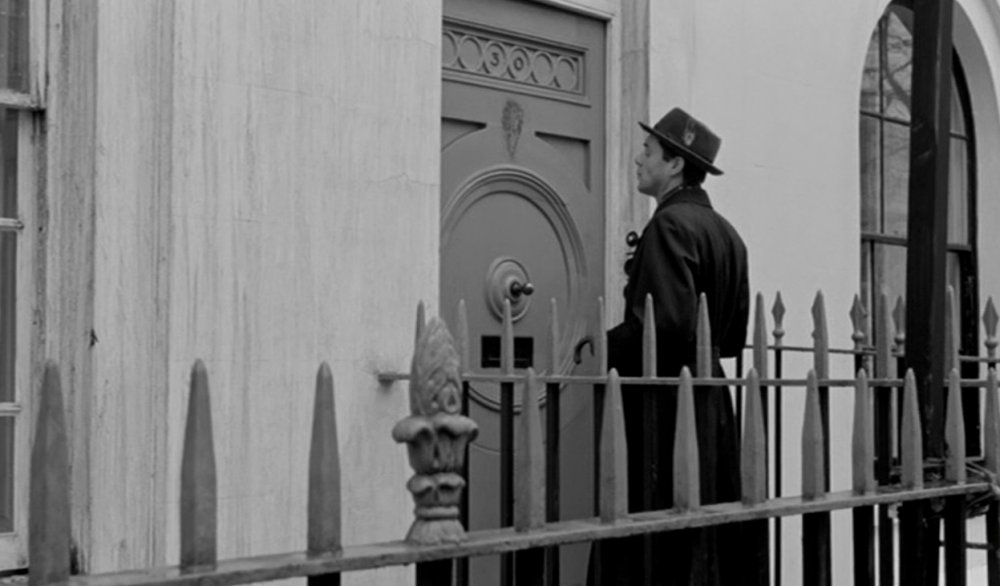 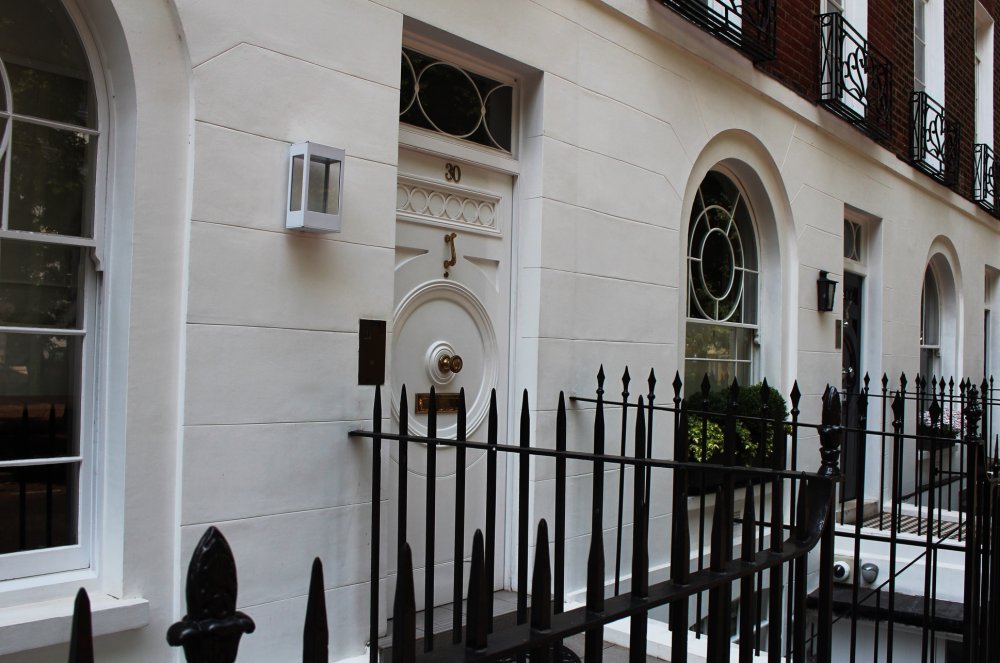 I had always been curious about the phone box seen in the film, where Barrett swears at the girls wanting to use the phone. After much research, it was clear that Losey had brought in a fake phone box just at the end of Royal Avenue, with the shot still marked by the tower of Burton Court Tennis Club.

Moving on, I followed the King’s Road again, with half a mind to search for the late night café where Davy Graham is seen playing guitar. But, due to so much change on the road, it was impossible to tell where it could have been. 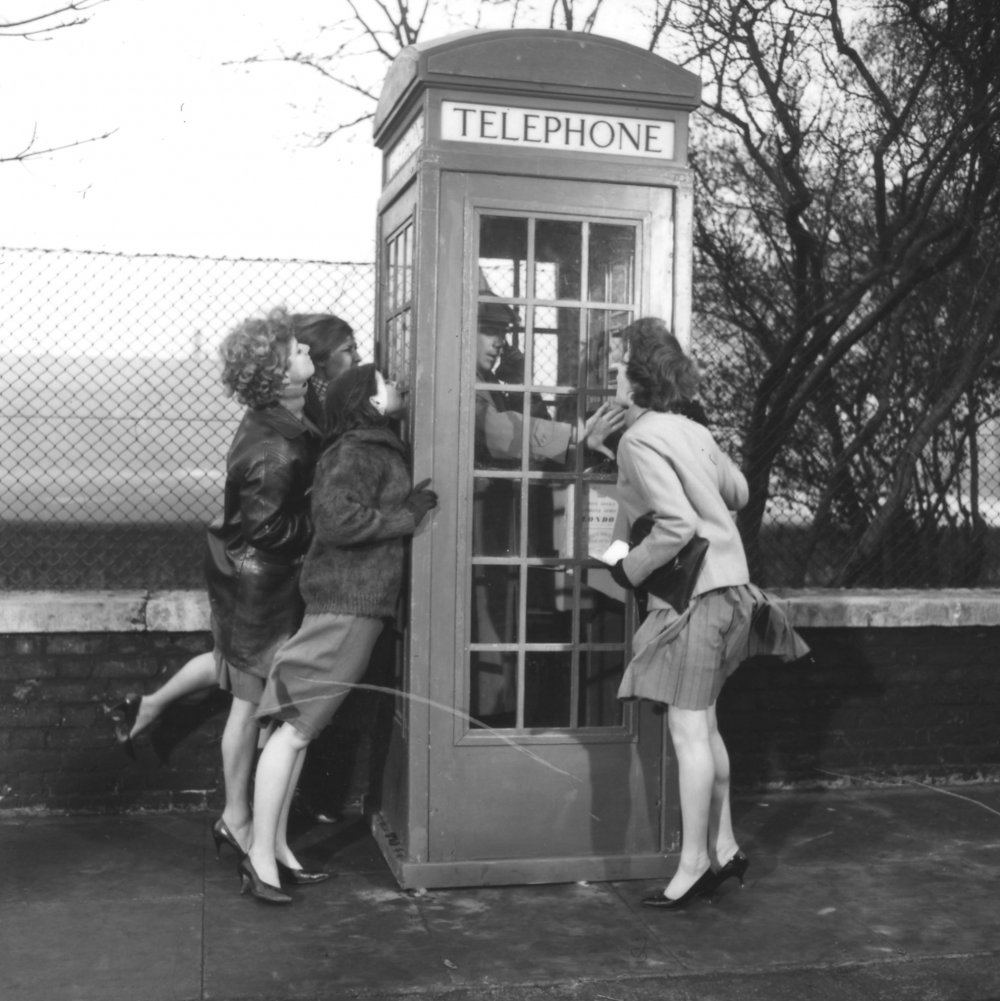 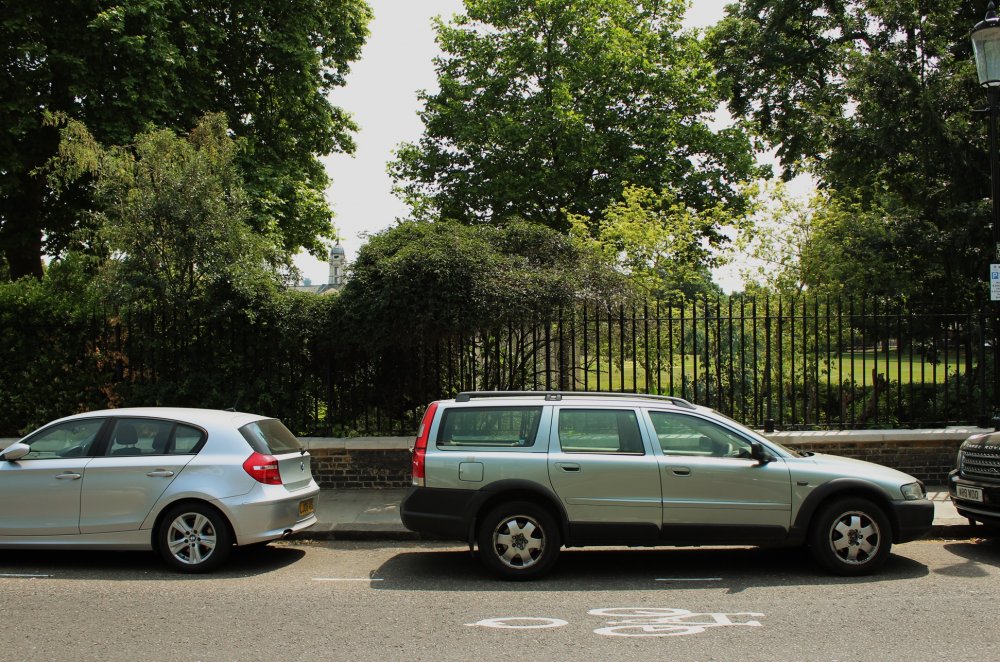 Instead, I followed the King’s Road through to Sloane Square, up Sloane Street and right into the heart of Belgravia in search of another eatery. The restaurant used for the famous scene with Harold Pinter and Patrick Magee, among others, was on Lowndes Street. It is, like so many buildings in this part of London, now a clothes shop where the clothes are so expensive that a guard is required, but the view out when Tony and Susan leave is still perceivable. It looks out onto Harriet Walk and, minus the arch seen on the opposite building, is preserved. 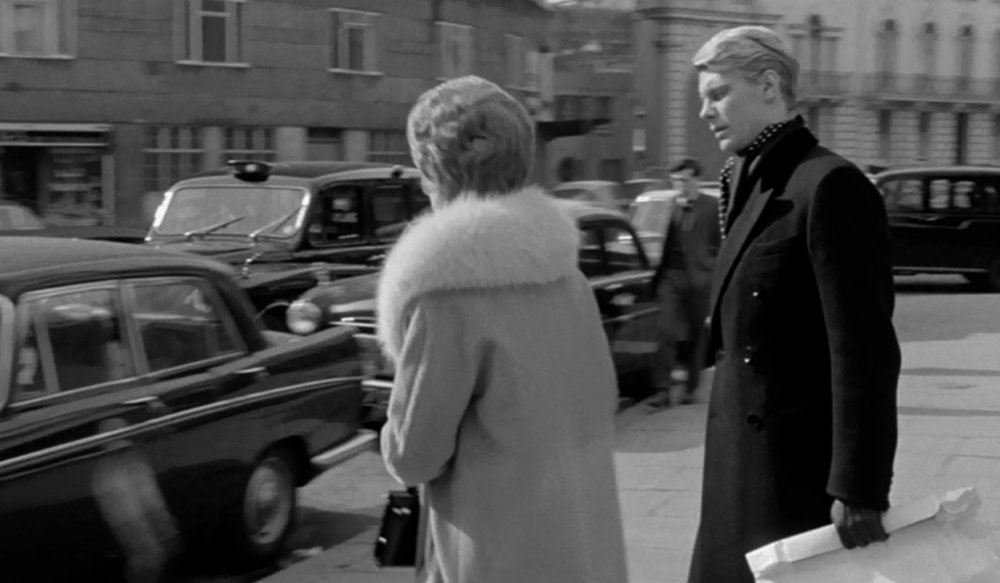 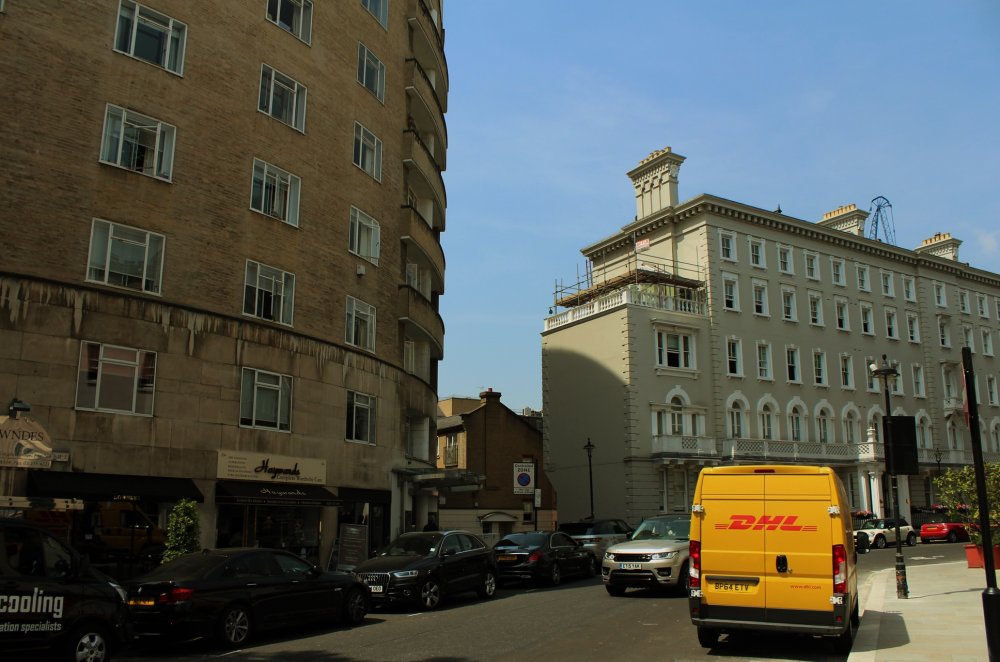 Taking a tube at Knightsbridge, I had one last location to visit. It was the outer building of St Pancras railway station where Barrett picks up Vera after her journey down from Manchester. The steps that matched the building have since been replaced by concrete equivalents, but the building is, of course, the same. I wandered back through town, considering the changes that had taken place all around the city, in Chelsea especially. 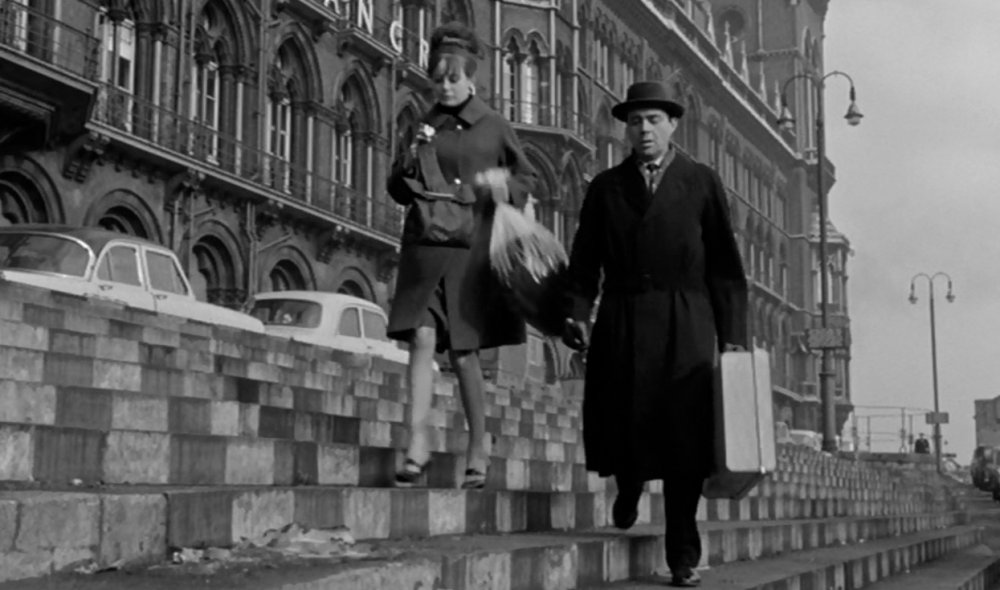 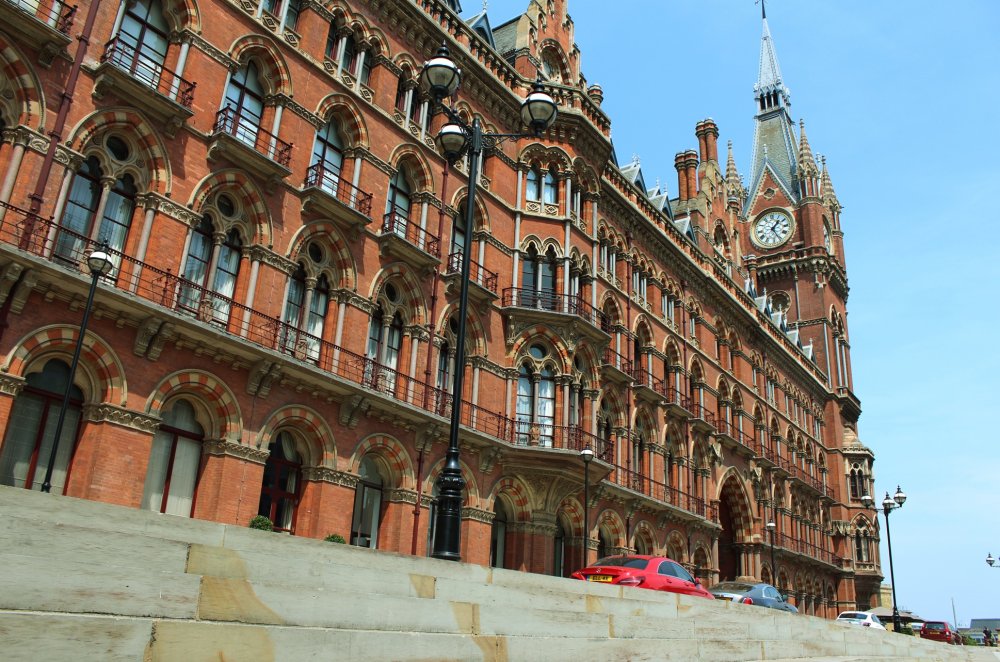 Losey has documented something intriguing, and his love of the place, in spite of the darkness of the drama, is all too clear. It is telling that only a few years after making The Servant he moved into Royal Avenue himself, directly opposite Tony’s house at number 31 – where his blue plaque now sits today. Perhaps, like Tony, he too could ultimately not escape the allure of the area’s streets, first seen on that bitter winter’s day. 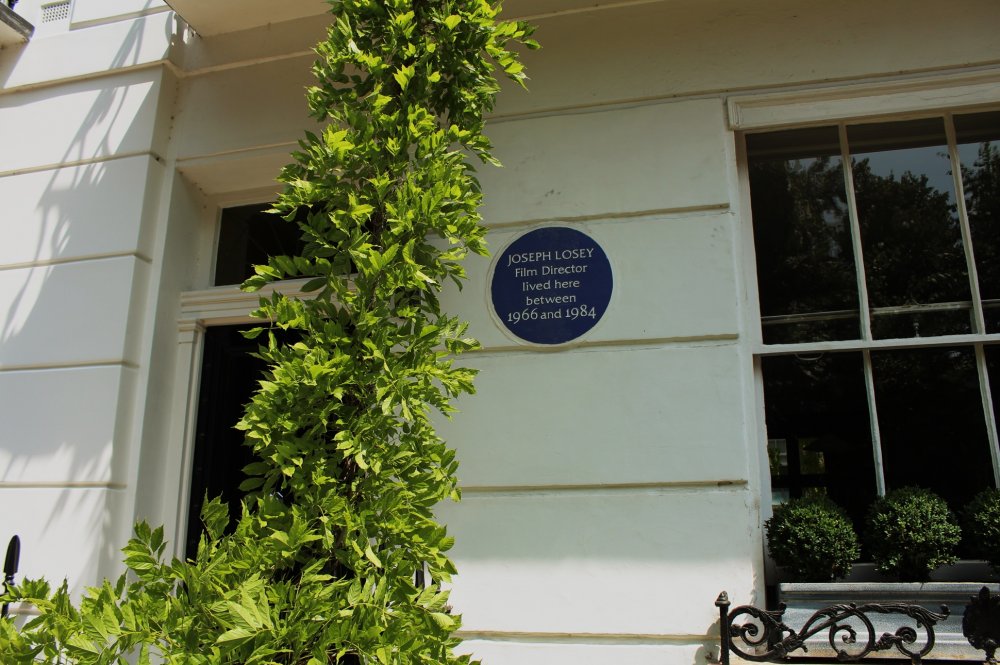