Scenes on the streets of 1960s London: unique films by Joan Littlewood

This footage filmed by theatre director Joan Littlewood provides a fascinating glimpse of London life and landmarks before the 60s began to swing. 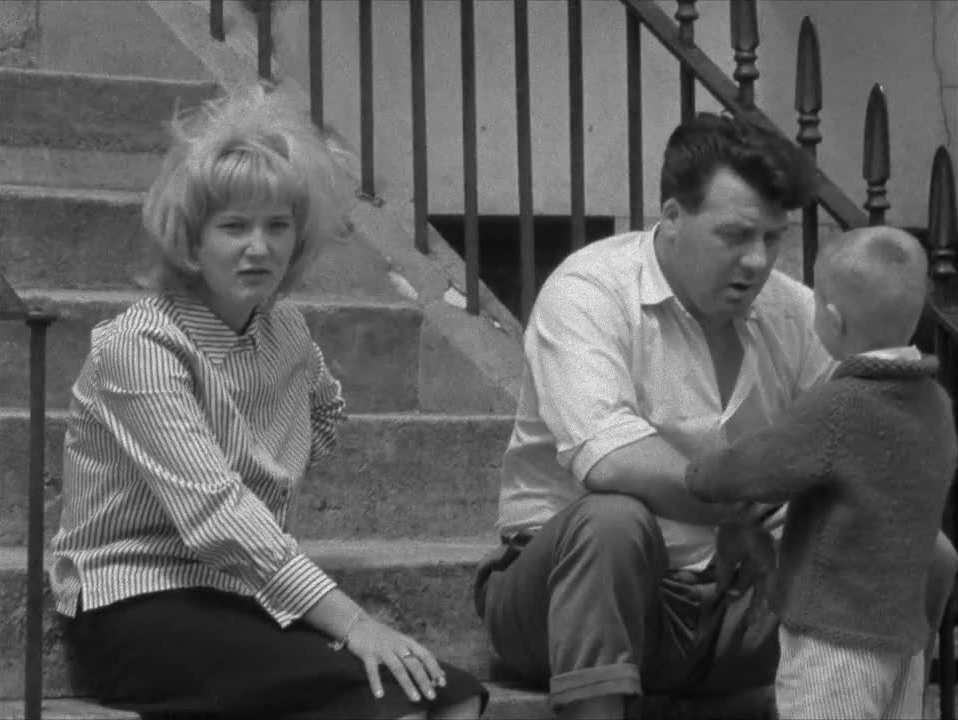 This weekend (3 and 4 October) is the second year of the Fun Palace revival, which will see local communities around the country bringing to life a project that controversial theatre director Joan Littlewood spent years trying to get off the ground. And this Sunday a statue to Littlewood is being unveiled outside the Theatre Royal Stratford East, where her Theatre Workshop performed a string of innovative productions.

To mark last year’s centenary of controversial theatre director Joan Littlewood, we published a blog about the film collection we acquired from her friend Peter Rankin. This includes footage shot around London in 1963, the basis for a film made to support her Fun Palace project. Now, through the BFI’s Unlocking Film Heritage, we have begun to digitise the original footage and make it available free to view on BFI Player as part of Britain on Film.

Littlewood went out onto the streets of London in the summer of 1963 to find out how people were spending their leisure time; she wanted to show that there was an appetite for a venue combining education with recreation: her Fun Palace. The footage is an amazing record of everyday London life at a time when Britain was still recovering from postwar austerity yet moving towards consumerism. The aerial footage she shot from a helicopter shows a city still dotted with bombsites but with high-rise buildings beginning to radically change the skyline – one clip shows a scaffolding-clad Post Office Tower, still three years away from opening.

Also worth a look are the excellent views of Battersea Funfair – a remnant of the 1951 Festival of Britain which was still going strong in 1963 but closed down after the Big Dipper crash in 1972, which saw the tragic death of five children.

While the scenes in these outtakes may look like a random collection of images, once you dig deeper, it becomes clear that Littlewood’s choices of location were very carefully made. Take the shots of Cardigan Road, Kilburn, a street buzzing with the kind of atmosphere Littlewood created in her only feature film, Sparrows Can’t Sing (1963). The Victorian housing brought residents together, with kids playing outdoors and adults chatting on their front steps. But within a couple of years the houses had been demolished in the slum clearances, and Cardigan Road was no longer to be found on maps of the area. The film is probably the only record of the vibrant community that once lived there, and you can’t help but wonder if Littlewood knew that it was about to be destroyed.

In contrast is the film of Keeling House in Bethnal Green. Built on the site of ‘slum housing’ demolished in the 1950s, this block of flats was an attempt to recreate the same kind of community feel that would have existed there. Designed in 1957 by architect Denys Lasdun (whose most famous London building is The National Theatre), it was intended to be a kind of high rise two-up-two-down; each flat was two storeys and communal areas were built for storage and hanging washing. But, as the film shows, six years on and the block is run down and deserted, the experiment to make tower blocks more people-friendly clearly having failed. A small boy wanders around disconsolately outside the entrance, the arrival of a camera crew clearly the most interesting event that has occurred for some time. After years of social problems, Keeling House was closed down in 1992 and later sold off to developers. Now renovated and with a swanky glass entrance hall and water feature, the block houses young professionals who pay up to £600k for a flat.

The other reels of the Fun Palace outtakes give further glimpses into London life and leisure, including young people in a record shop, ladies in a salon de thé, bus queues, an amusement arcade and a curtain call of Littlewood’s own celebrated stage production, Oh, What a Lovely War. Each brief snapshot is fascinating, not just for the detail they provide about how people spent their time but because they are seen through the eyes of Joan Littlewood herself and reveal her to be an astute observer, with a genuine interest in the lives of ordinary people.

Related to Scenes on the streets of 1960s London: unique films by Joan Littlewood