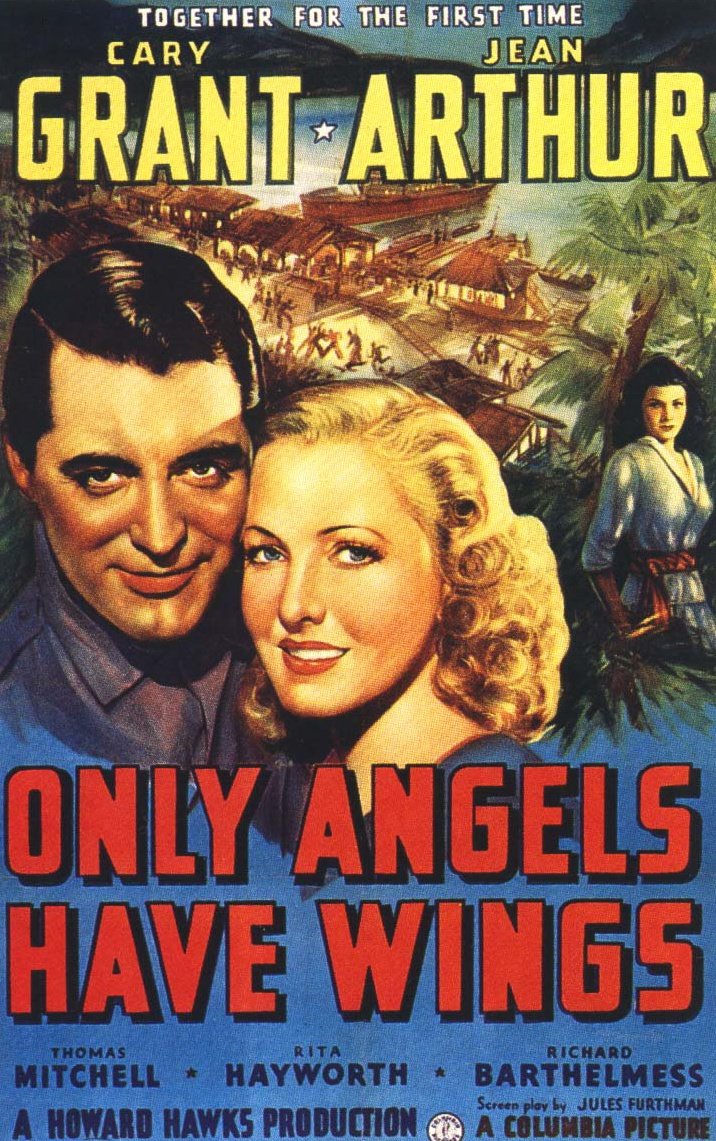 A hard-bitten Cary Grant is holed up in the Andes running an air-freight service in an almost documentary-style, life-and-death Boy’s Own Adventure that’s also a terrific love story of unsentimental camaraderie. Into this feast of character-acting steps big-hearted Jean Arthur. Things grow yet more complicated when young Rita Hayworth vamps her way into the picture that made her name. 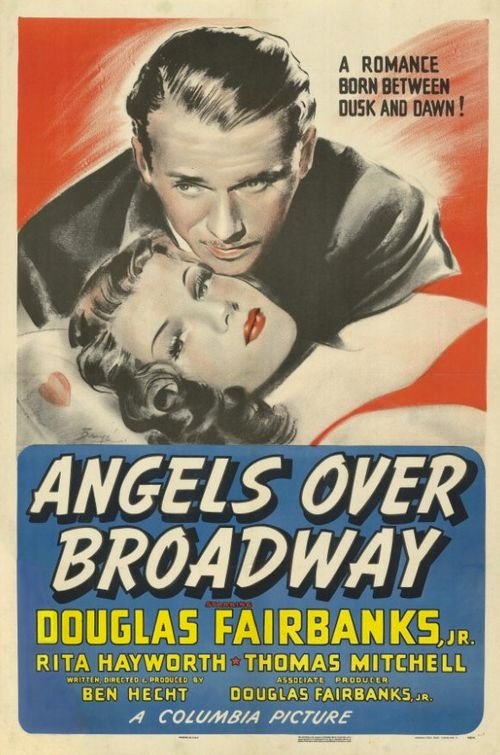 How many movie styles can you pack into 78 minutes? Written, directed and produced by Ben Hecht (Nothing Sacred; His Girl Friday; Notorious), this fast-talking, deliciously high-boozing, bitter comedy is also a crime thriller crossed with a backstager, a heartbreaker beneath film noir lighting. Handsome, gum-chewing Douglas Fairbanks inveigles Hayworth’s radiant young dancer into a risky gambling plot masterminded by a gloriously grandiose playwright. 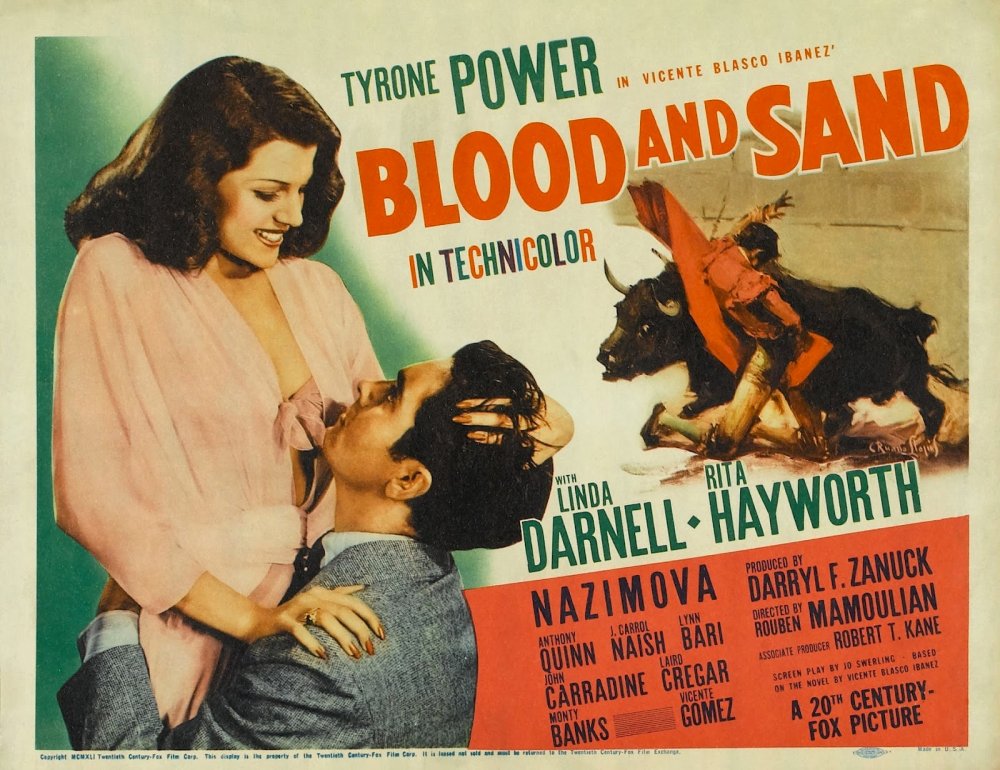 Ever wondered what costume design can do for a picture? Shooting in luscious Technicolor, Mamoulian took a tale of a toreador, ensured everyone shone in super-saturated colours, and pitched Tyrone Power into a dilemma between faithful Darnell and temptress Hayworth’s explosive trademark mix of hauteur and come-hither. Gazing at her at a bullfight, Laird Cregar drools, ‘If this is death in the afternoon, she’s death in the evening.’ 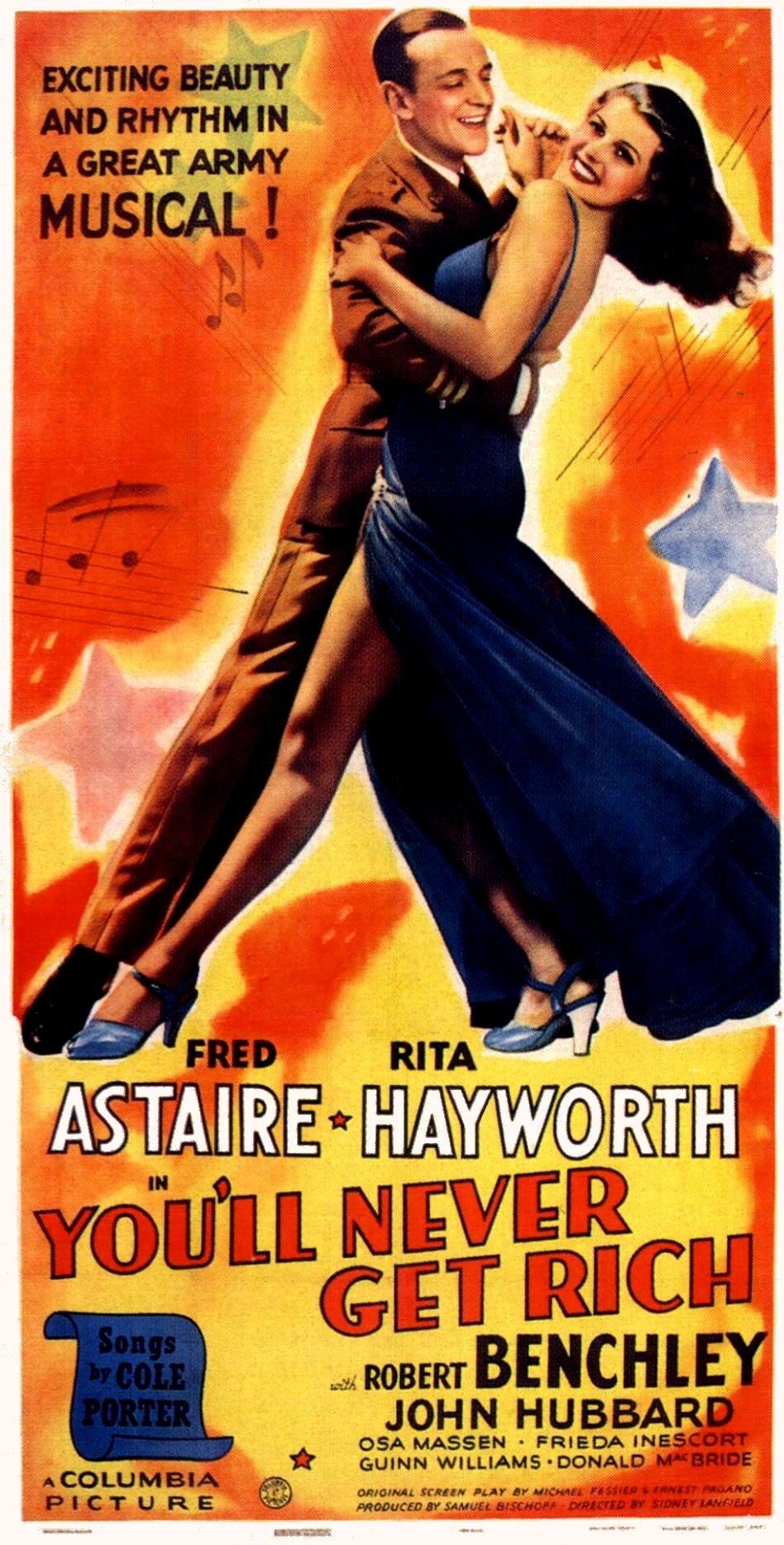 This near-screwball musical-comedy of misunderstanding boasts a largely lunatic plot with Astaire joining the army to avoid being shot by showgirl Hayworth’s brother who isn’t her brother. Still with me? Smart Hayworth equals Astaire step for step in their opening routine, delights in a rhumba and winds up duetting with him in a Cole Porter finale on a wedding-cake in the shape of a tank. 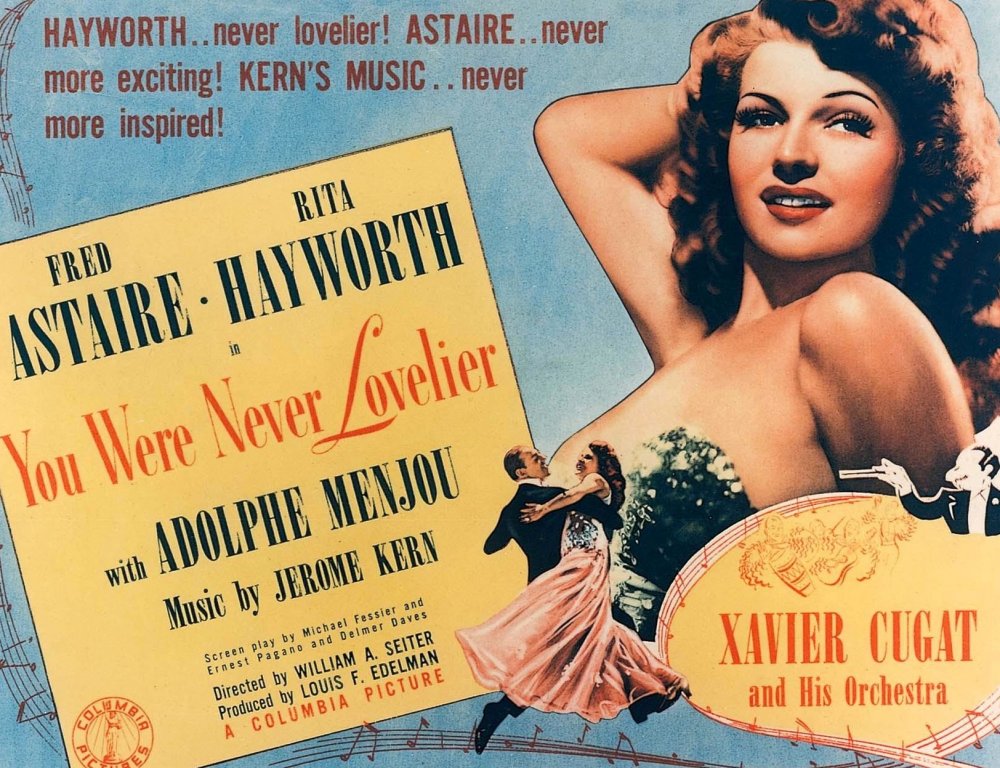 Hayworth’s second pairing with Astaire – the only film in which anyone fell in love with him because of his voice – is a 30s mistaken-identity comedy in 40s (well-cut) clothing. Latin maestro Xavier Cugat heats up Jerome Kern’s score and highlights include Astaire’s tap solo all over his enraged boss’s office and Hayworth’s joy as she matches him in ‘Shorty George’ and ‘I’m Old-Fashioned’. 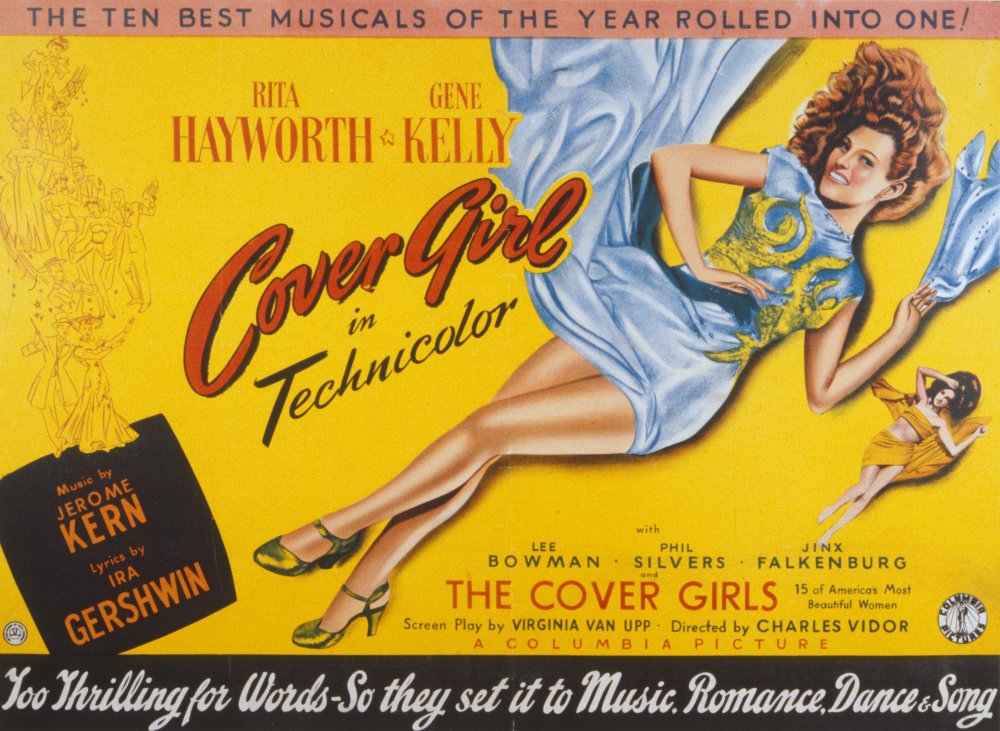 Loyalty is tested as top-form Hayworth swaps Gene Kelly’s Brooklyn club for Broadway fame via Vanity magazine. Hayworth positively gleams, doubles as her character Rusty’s grandmother and dances like a dream in the sockeroo title number. With Phil Silvers making it an ebullient song’n’dance trio, astringent Eve Arden, Jerome Kern-Ira Gershwin songs and more millinery than you can shake a stick at, it’s the finest musical Hayworth made. 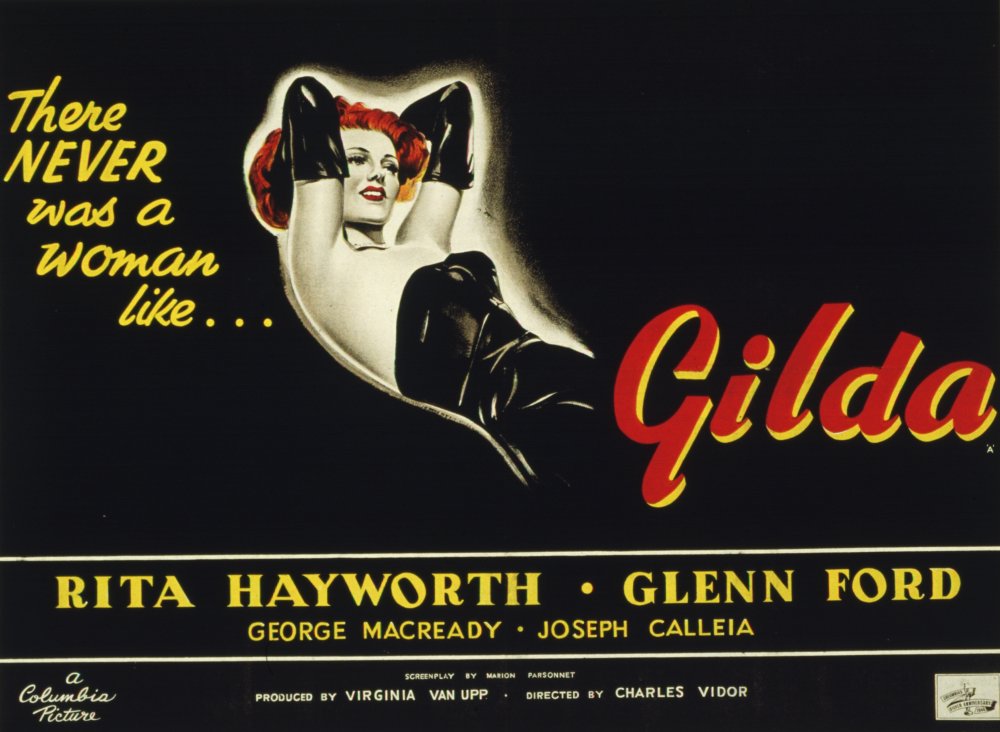 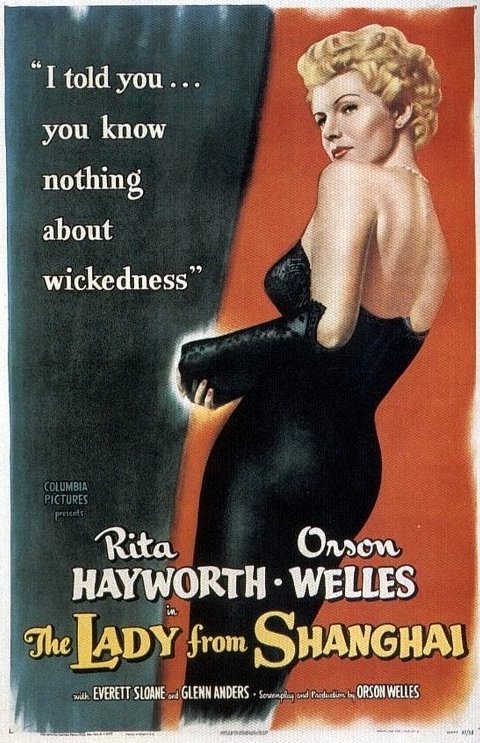 “Some people can smell danger. Not me.” So says Orson Welles in hard-boiled voiceover of femme fatale Hayworth. Columbia slashed over 65 minutes from Welles’ rough-cut, but it still proved box-office poison. But the now celebrated noir-thriller has deep-focus cinematography, serious smouldering from paradoxically newly ice-blonde Hayworth and a dazzlingly surreal funhouse/hall of mirrors finale echoed in Woody Allen’s Manhattan Murder Mystery. 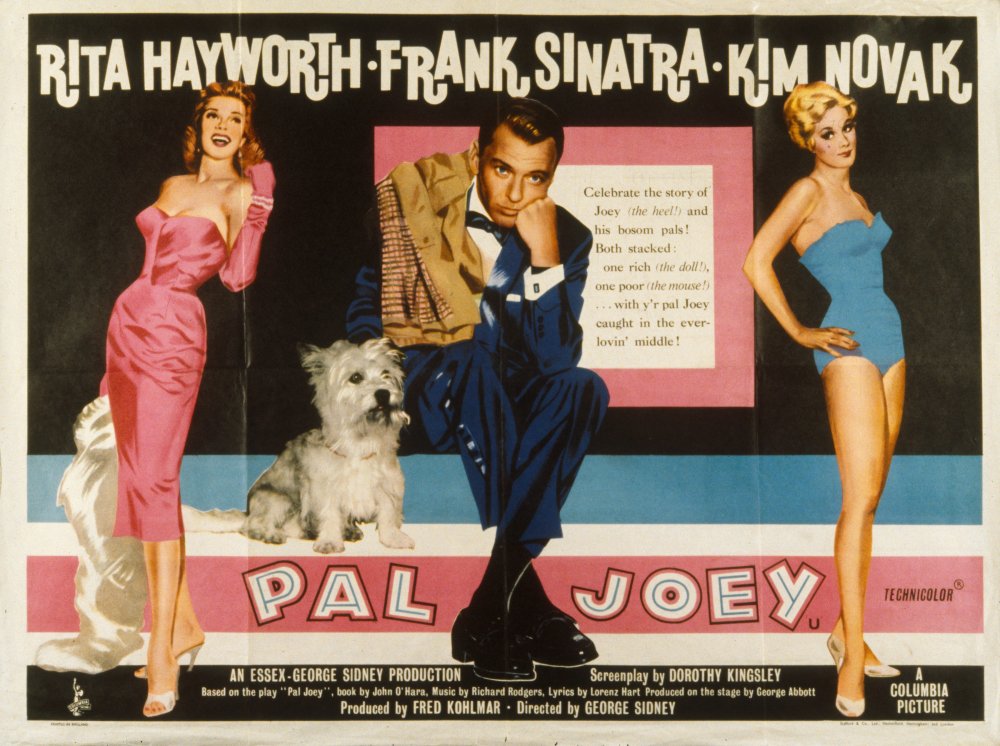 “I’ll sing to him, each spring to him, and worship the trousers that cling to him” was one of many Rodgers & Hart lyrics deemed too scandalous for Hollywood’s version of their Broadway hit musical. But gains included Sinatra swinging through ‘The Lady Is a Tramp’ for the delectation of Hayworth encased in orange fur. Now the classy older woman, she competes with Novak for Sinatra’s, er, favours. 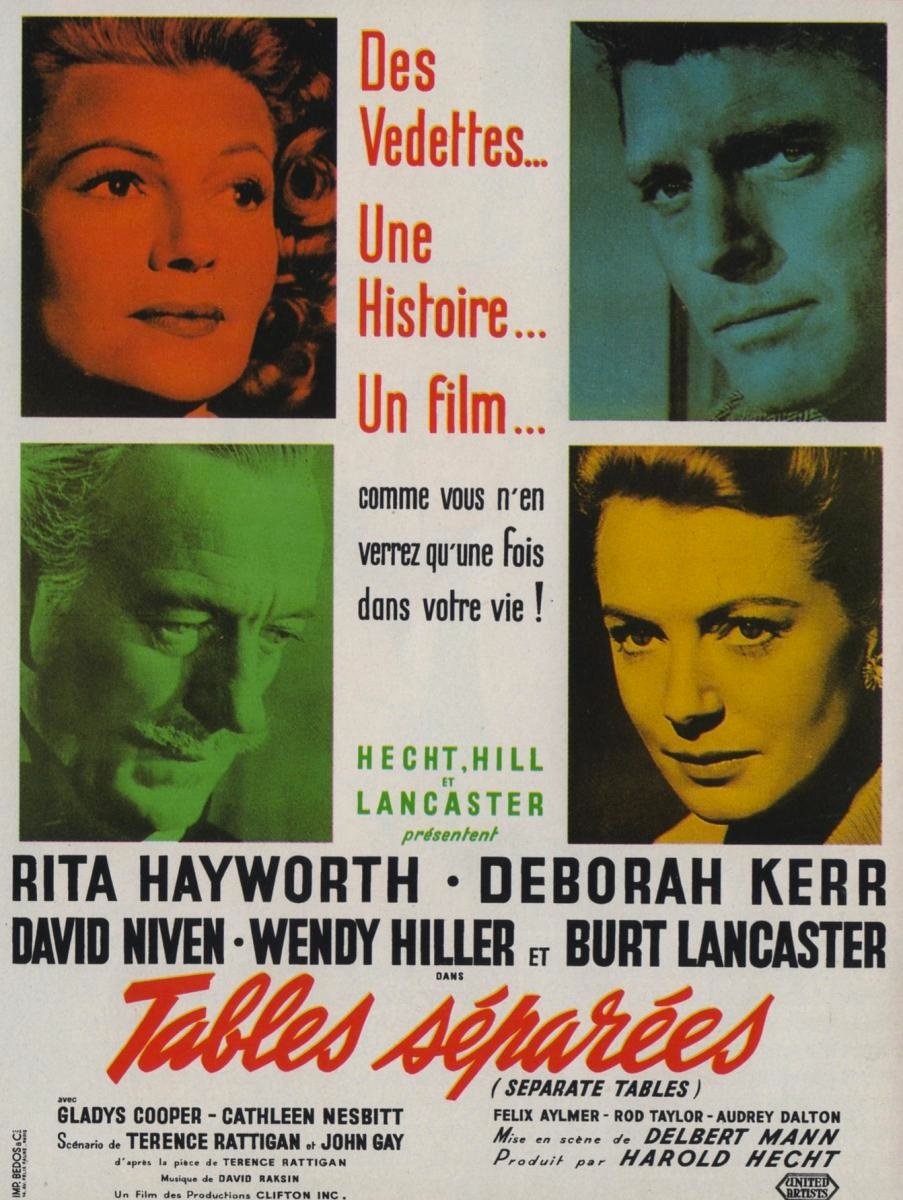