Starring Robert Carlyle, Ken Loach’s drama Riff-Raff is a time capsule of life on the margins in 1990s Britain. Would its characters recognise the north London locations today? 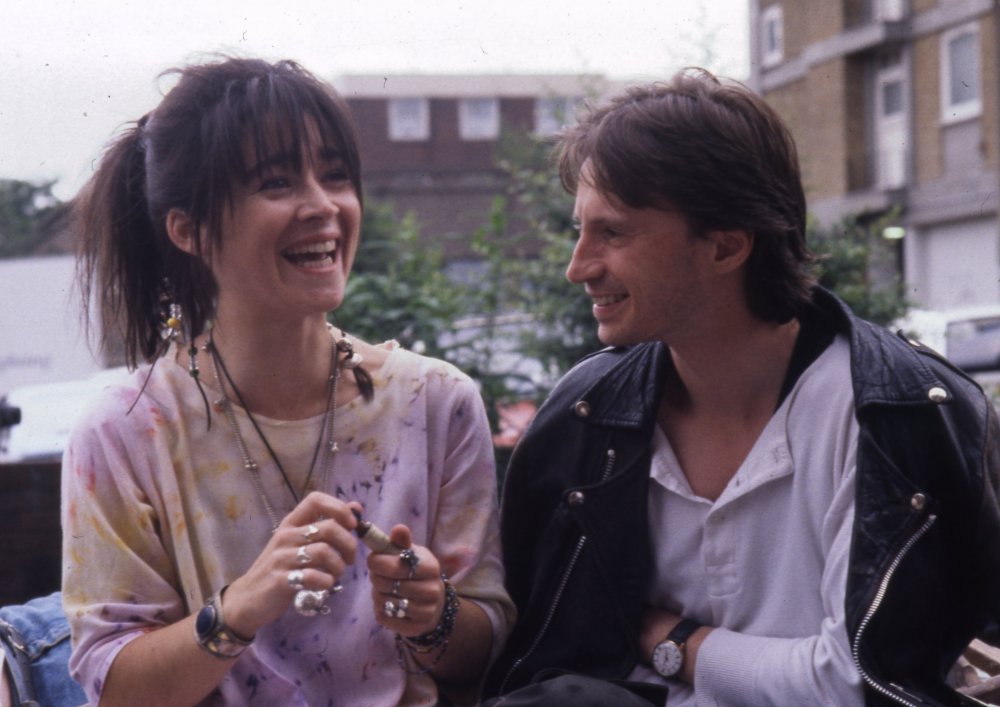 Ken Loach’s Riff-Raff (1991) follows the hardscrabble life of a Glaswegian labourer in London. The Scot (played by Robert Carlyle) lands a job on a building site turning a derelict hospital into luxury apartments. There, Loach zooms in on the camaraderie and stoic spirit of labourers facing abysmal working conditions: shoddy scaffolding, broken portaloos, rats. The film was shot on an actual building site, in an actual derelict hospital in Tottenham that indeed turned into luxury flats. As you can imagine, it looks a little different today. Riff-Raff is a movie about early 1990s Britain, about working-class life under Thatcher. Here’s how its locations look some 26 years later.

The building site at Tottenham Green 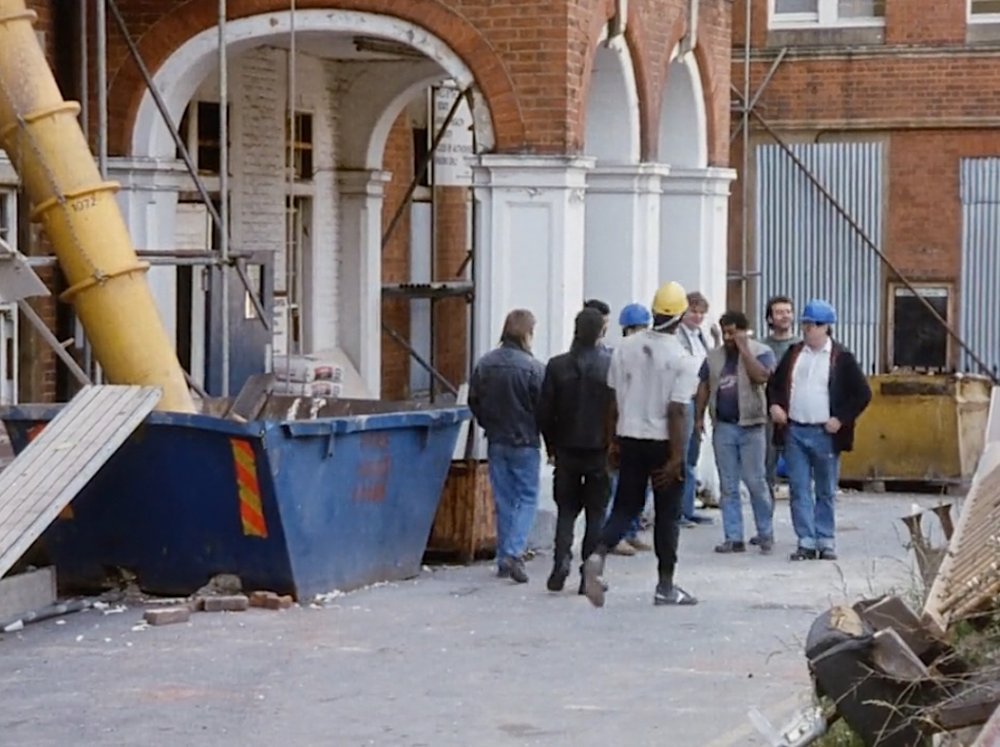 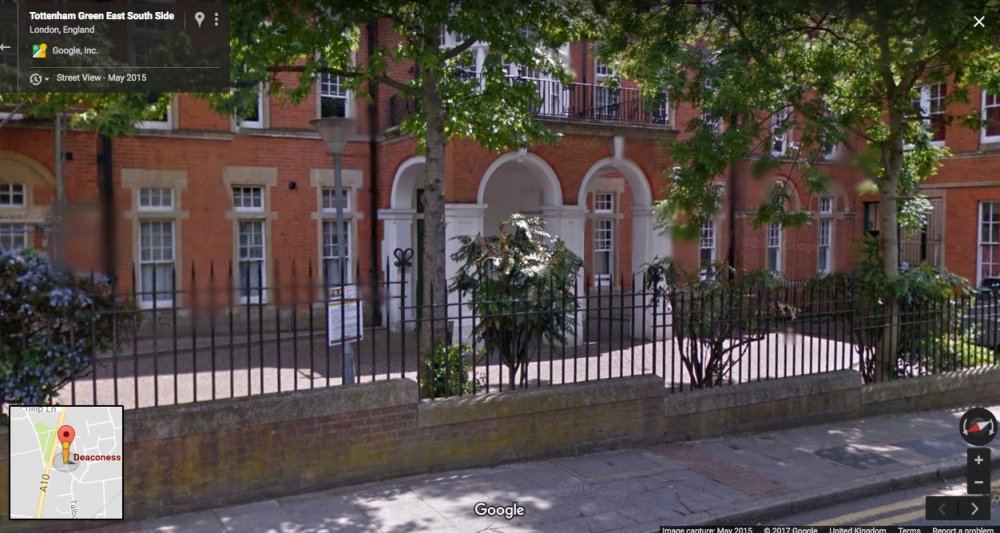 The film opens with two builders, sans hard hats, working on the old Prince of Wales Hospital in Tottenham, north London. They’re erecting scaffolding for a company turning the building into luxury apartments. In a life-imitates-art twist, this was exactly what happened not long after the film was released. The building is one of London’s lost hospitals from the 1800s that closed in the mid-1980s. When Loach and crew were there the site was in disrepair. Two years later, in 1993, the four-storey redbrick building was converted into 38 apartments. Those apartments are now finished, the hospital sign gone, the site renamed Deaconess Court. You might also be interested to know that Dennis Potter’s The Singing Detective was also filmed there, for the BBC in 1986.

The building site at Tynemouth Road 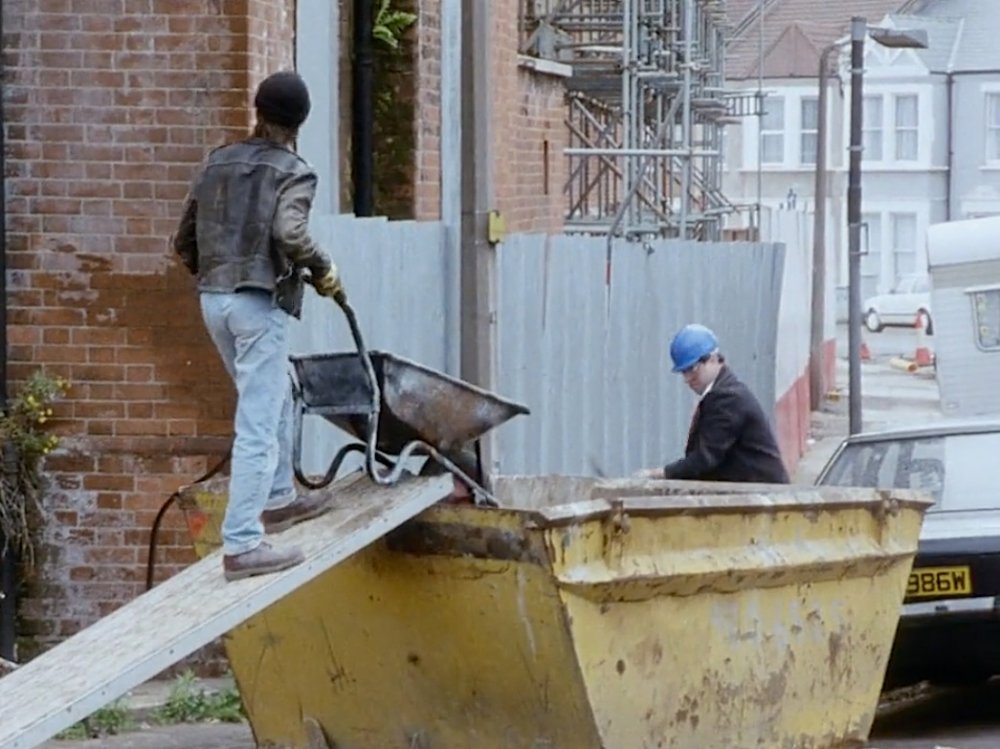 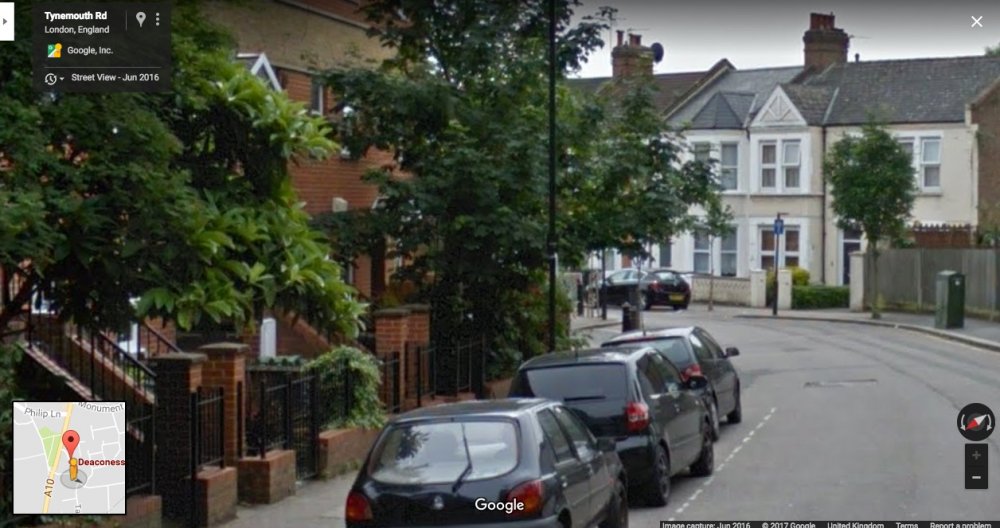 Just down the road, at the north end of Tottenham Green, lay the two-storey wing of the hospital. In the film, you see Robert Carlyle and Ricky Tomlinson loading a skip there. And from another camera angle you can spot an old ‘Seven Sisters Hospital Service’ van. Today the building looks totally different. Converted for residential use, the street, now known as Elliot Court, is lined with redbrick apartments. And yet, across the street, you can just make out those same suburban homes originally framed in the background. They clearly haven’t changed much. 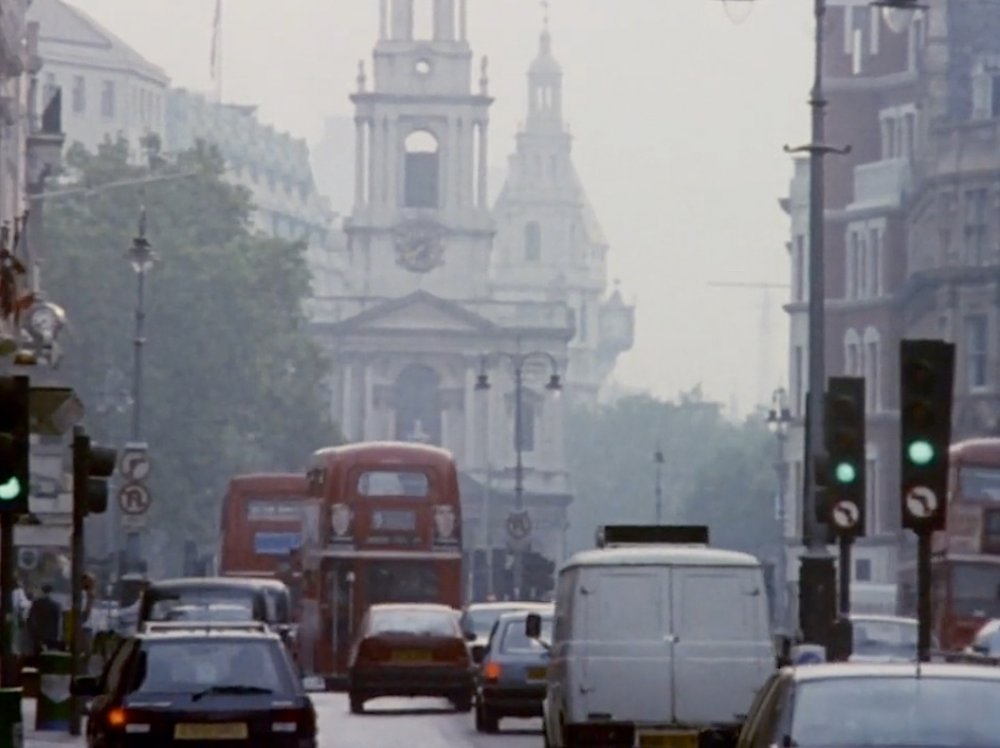 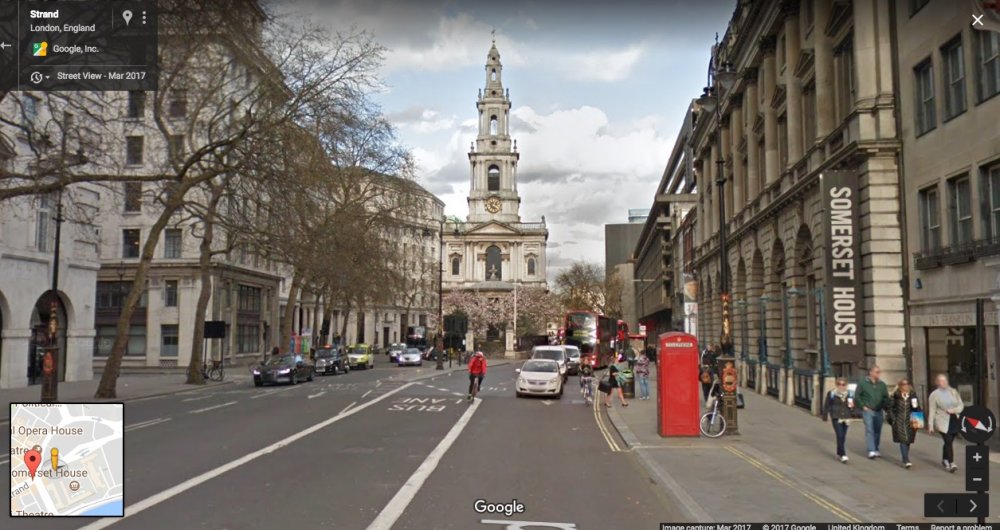 Though the majority of Riff-Raff was shot in north London, there are a couple of curious cutaways to the Strand. For example, there’s a shot, near the beginning of the film, of Saint Mary le Strand Church, looking towards the old Fleet Street. Old hop-on buses and vans with dodgy exhaust pipes chug down the street. Naturally, the vehicles have changed, but the architecture is much the same. To the right of the church – which has stood there since 1727 – is King’s College London and Somerset House. To the left, the more authoritative Inland Revenue building. It’s not exactly an obvious Loach location, but it does help establish that, yes, this is a London-set film. 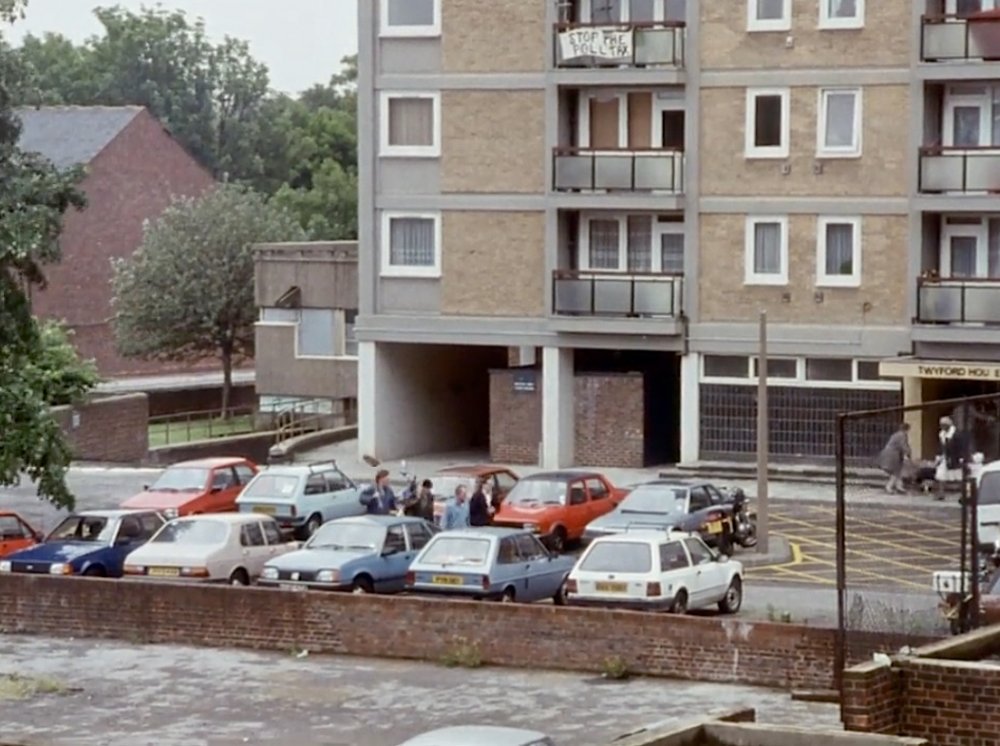 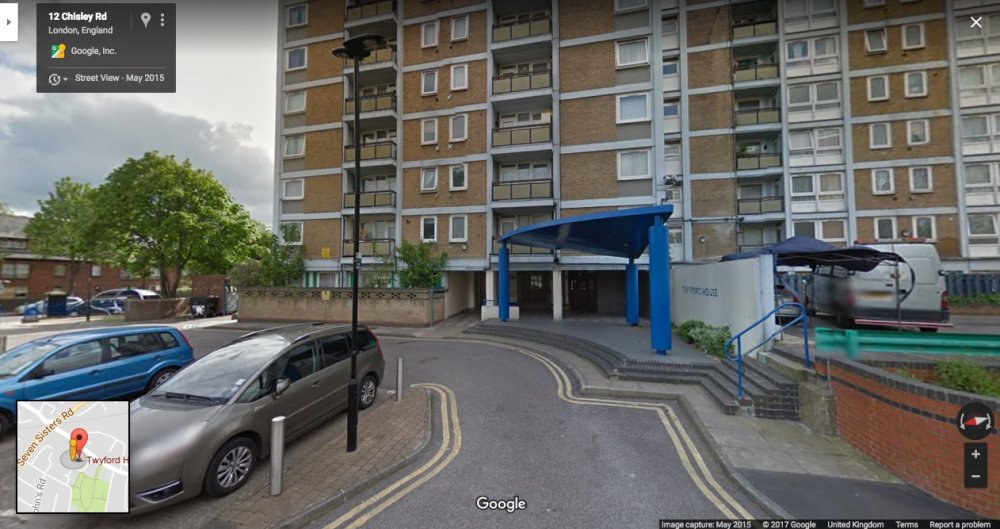 When Ricky Tomlinson and his hard-hatted mates come together to find Stevie a squat, this is where they take him. Not too far from the Tottenham building site, Twyford House is the high-rise where Stevie beds down. Other tenants complain about him, about the stench of urine in the stairwells, about the smell wafting from his place, where the front door is held together with flimsy bits of plywood. Twyford House still stands today, but the banners saying ‘STOP THE POLL TAX’ draped over its balconies have long gone. The entrance has had a complete revamp, too, with a bright blue canopy above the doorway. And of course the residents’ cars look less like relics of the 20th century. 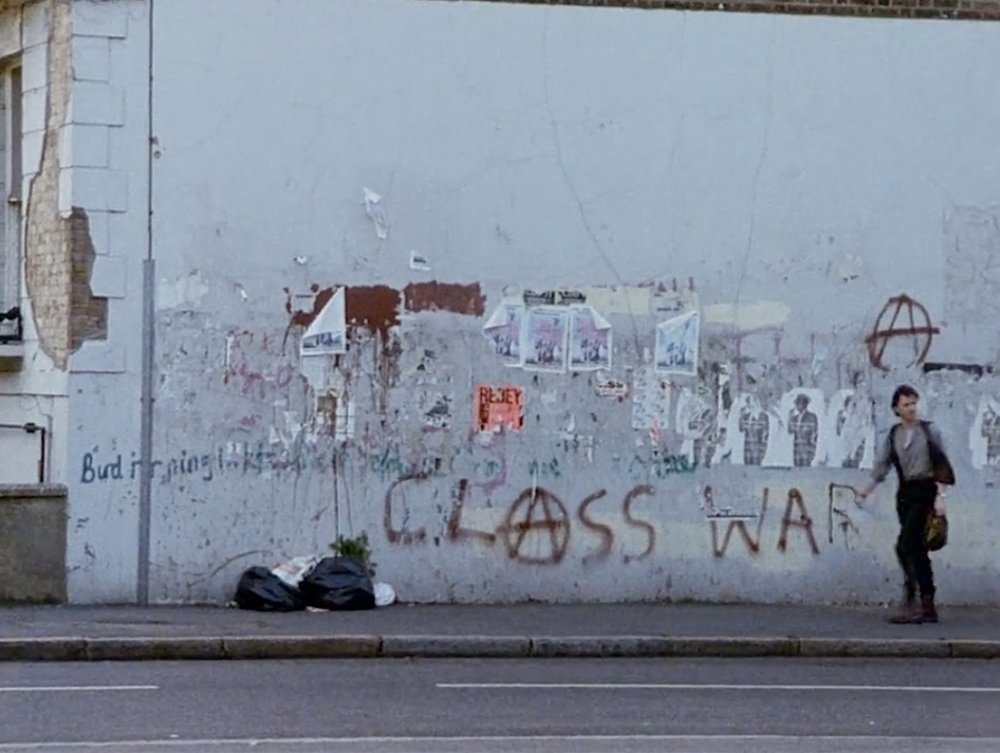 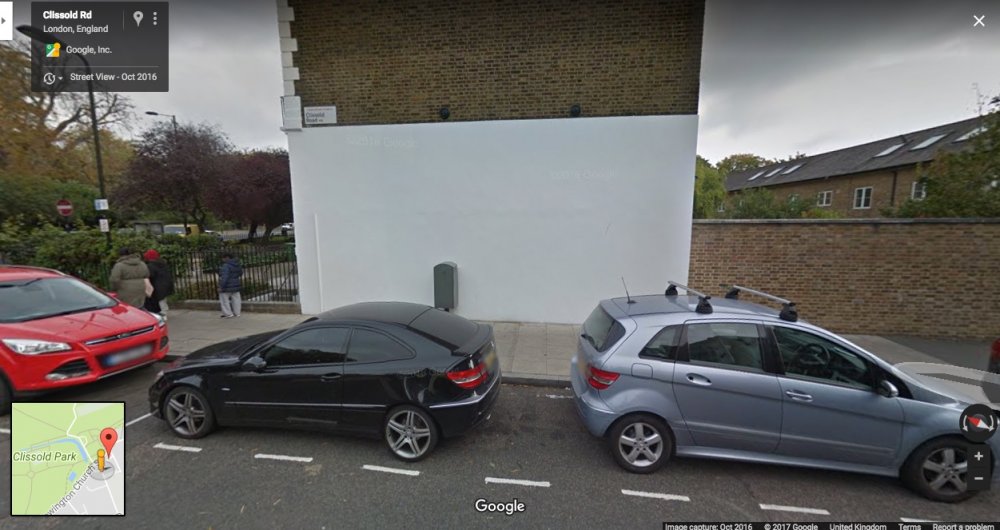 In 26 years, the biggest transformation is to the site of Susan’s flat in Stoke Newington. When Stevie first goes there to return her handbag and horoscopes book, he strolls past a wall awash with graffiti, posters and scribbled slogans. One reads ‘CLASS WAR’, the ‘A’ ringed as an anarchy symbol. The façade of the building is crumbling, a shadow of its former Victorian grandeur. Today you wouldn’t recognise it from the film. Spensley Walk, formerly Park Crescent, has had an extensive makeover. The slogans have been painted over, the wall a pristine white. A flat like Susan’s now goes for upwards of a mil or two, while the whole area is populated by yummy mummies, personal trainers and clipboard-wielding estate agents. 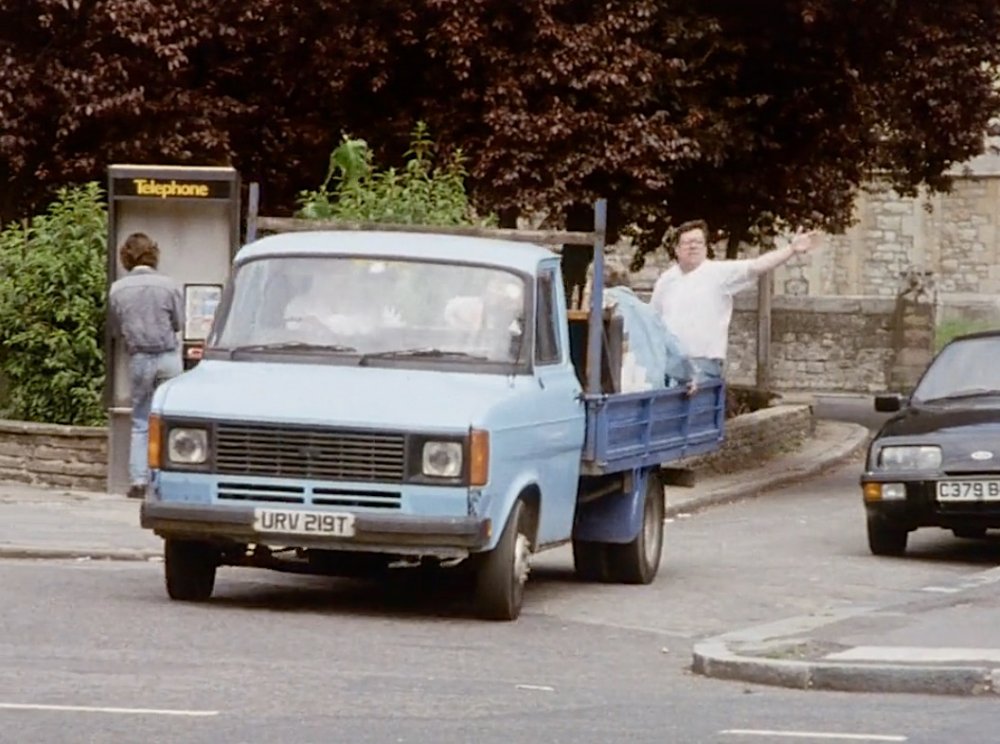 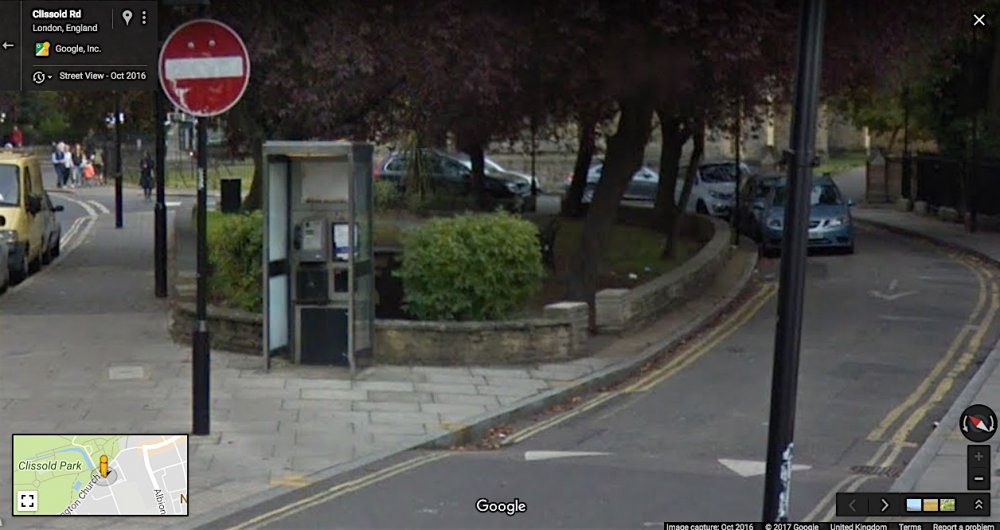 Right by Susan’s flat is St Marys Church, a stone’s throw from Clissold Park and The Rose & Crown pub. It’s where Stevie’s mates help him cart Susan’s stuff to his place. There’s a phone box in the scene that still stands, against the odds, as does the big bushy tree with red leaves. The only marked difference is the stop sign at the mouth of the street. But again, everything around the church and the park is unrecognisable. This is the least likely place you’d bump into a location scout searching for places to shoot a working-class drama.