Our tributes to the great British filmmaker John Krish, who has died aged 92. 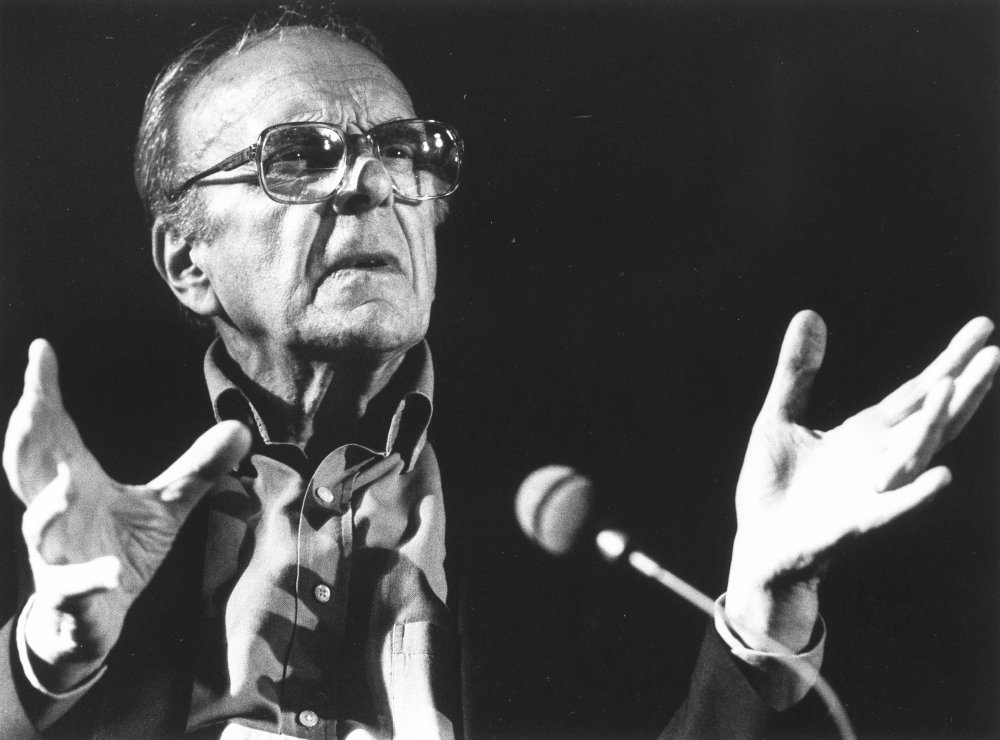 John Krish on his visit to the National Film Theatre (now BFI Southbank) in May 2003
Credit: Peter Everard Smith

We are sorry to report the death, on 7 May, of legendary British director John Krish. Krish’s career spanned a mind-boggling array of forms: cult feature films (Unearthly Stranger), transport documentaries (the much-loved The Elephant Will Never Forget), children’s films (Out of the Darkness) and TV episodes, titles sequences (The Avengers), public information fillers (Searching) and commercials. He is perhaps most acclaimed for his powerful documentaries and drama-docs – such as Return to Life (1960), They Took Us to the Sea (1961) and I Think They Call Him John (1964) – largely made under government, trade union or charity sponsorship.

John Krish’s work can be seen in the BFI DVD releases A Day in the Life, Captured, Shadows of Progress, London Tales and The British Transport Films Collection, the Network DVD release Unearthly Stranger, and several selections on BFI Player. The BFI Palgrave book Shadows of Progress: Documentary Film in Post-War Britain includes a chapter devoted to his career.

I’ve been lucky enough to have known John since 2008. At that time, Patrick Russell was masterminding the brilliant Shadows of Progress project, which resulted in a major season at BFI Southbank as well as a book and a DVD box set, and John’s work was among the very best of the selections made for inclusion in that collection. 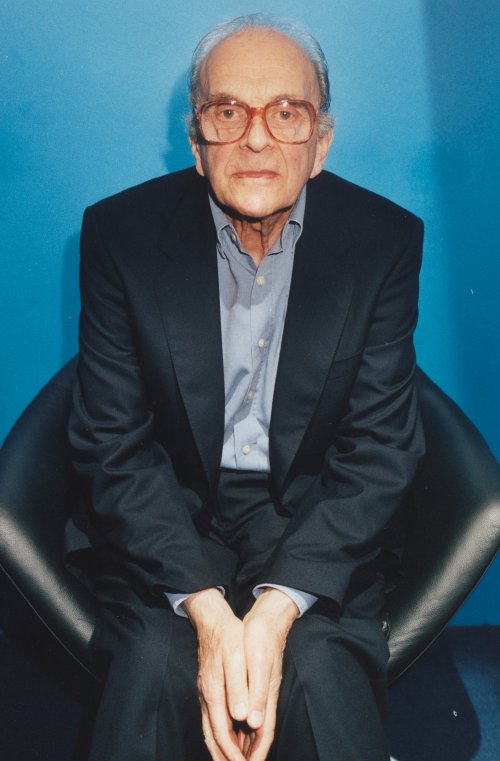 Patrick had thought I might be able to help John locate DVD copies of some of the feature films he made in the 60s and 70s, and I was pleased to be able to dig out my discs of Decline and Fall and The Wild Affair.

From that time, John and I began to meet regularly. We’d grab a curry and chat about life, love, family (he was so proud of his children and grandchildren) and film. He liked to swear, to be provocative and to have a laugh. He had so many priceless anecdotes, all of which would get you into serious hot water if you put them in print.

His passion for the cinema knew no bounds. He absolutely loved it, and he truly believed in its power and importance. He bought DVDs and Blu-rays at a rate that even I couldn’t compete with. And, what’s more, he actually watched them. Contemporary, classic, documentary – the lot. If he thought a film was lazy or incompetent it drove him absolutely mad. He’d write bruising emails warning me to keep my distance from this title or that. Sometimes, my tastes disappointed him – I like a bit of exploitation filmmaking as part of my rich and varied cine-diet – but he’d enjoy pushing my buttons by declaring something was ‘crap’ and then watching as I prepared to mount my defence.

Beyond this shared interest in film, John became a great friend. Part of what made him so special was that he was always direct. He would question and probe, but he did so out of caring. Real caring. He’d listen hard so as to offer deeply considered advice. He was no stranger to emotional ups and downs, and he cared profoundly about the emotional well-being of others.

And that attitude to life and to living – getting to the truth of the matter, showing compassion – is precisely what you get in John’s films. He put his heart and soul into making them, and making them the very best way he possibly could. If he believed in it, he did it. If he didn’t, he found a way to make it truthful. And there’s a great deal to be admired about that.

Farewell, John, from this admirer.

In the few years I had the privilege of knowing him, John showed himself to be someone who was as fundamentally honest and perceptive as his films would suggest. He set his standards high and took great pains to live up to his own expectations. 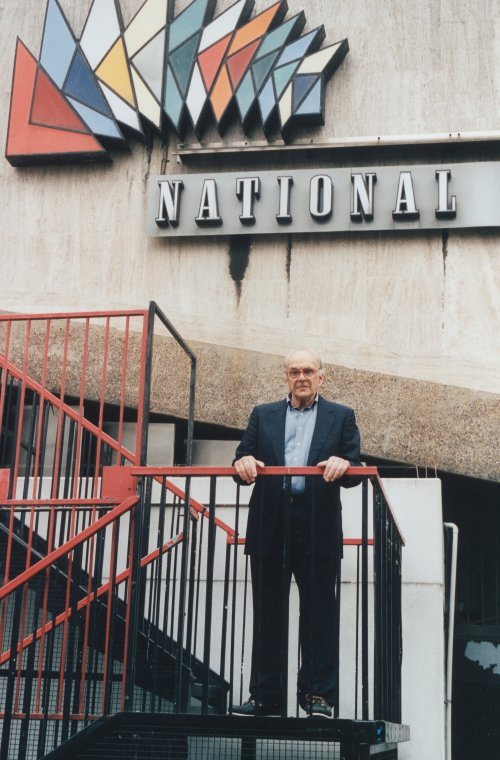 I first met him in preparing for a focus on his work at the NFT (BFI Southbank) in 2003. He had what I learned to be a characteristically close relationship with the development of the programme, investing a lot of time and energy in curating the materials and in preparing introductions to several programmes. Always having an opinion but always, always listening. We had long conversations about what the audiences might already know or want to know about the background to the programmes and I discovered he had an amazing memory bank of stories.

These stories revealed a lot about him, how he saw the world, what he cared about. Insightful, single-minded but decidedly not egocentric. He was supremely aware that his documentaries were his version of reality. In an interview he stated that as a documentarist he was concerned to spread an awareness of what was happening in the world. That we (the viewers) might engage in what was going on. John was always engaged and expected no less of those around him – not box-ticking, not self-serving but responding with genuine feeling, with truth, even if that was uncomfortable.

He once told me about going into the office of the chief executive of a company where he was making a commercial. The building was in a particularly scenic location. The office was in a prime position to see that location. And the boss had his desk positioned so that his back was to the window!  Anyone who spent any time with John would know his reaction to that.

He has told many about his guerrilla filmmaking of the now famous The Elephant Will Never Forget (about the last London trams), which came about because he saw the much bigger, human story in what was happening. From the outset he refused to be confined by his brief and got the sack for it. No regrets.

Many will not know the wide range of John’s talents. As he often wrote the scripts for his work, it might be no surprise to learn that he also wrote poetry. He was also an accomplished photographer, with an eye as insightful in his still compositions as in his moving documentaries. He also wrote music. He was a teacher. Sometimes against the odds in the cruel twists of life he was a forward thinker – to quote “The past is my luggage / Not my destination.”

My experience of sharing time (and Japanese food) with him from time to time was of an artist who really reflected on the nature of the human condition in all its joy and deep despair.

A line I’ve occasionally heard, but disagree with, is that John Krish’s approach to sponsored filmmaking was a subversive one. ‘Subversive’ makes good copy but I feel certain the director undertook commissions in which he believed. Not all sponsors had bargained for such total commitment: the ensuing battles were all about finding the heart of the message, staying true to it, staying true to film itself as a uniquely potent means of delivering it. 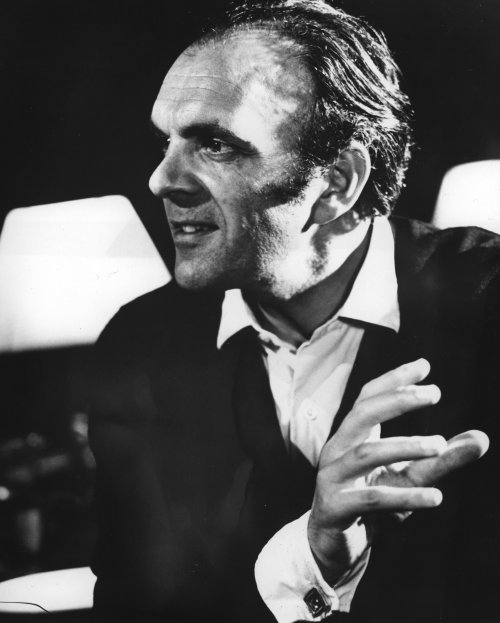 Krish was a professional and a perfectionist. If he was also a rebel, it was always rebellion with a cause. The essence of that cause was nothing more glamorous – or less important – than kindness, decency and public service. I wouldn’t characterise Krish as an overtly political filmmaker, either, but there’s an implicit politics suffusing his work. In short: there is such a thing as society. And film, if more usually in small ways than big ones, can change it. For the better.

John Krish was one of the most charismatic people I’ve ever known. He was also charming, witty and kind. But with an edge. There was an unmistakable intensity about his presence. Less immediately obvious was an unusual combination at work in him: a deep sensitivity, in every sense of the word, coupled with an incredible pragmatism. That combination – pragmatism, sensitivity, intensity – profoundly informed both the practicalities of making his films and the nature of the finished product. That and exceptionally accomplished craftsmanship.

Although held in great professional respect, for films that were highly effective in their various (often specialist) arenas, it wasn’t until the final 15 years of his life that John Krish became a well-known name among cinephiles. Some broader points might be made here about the types of filmmaking likely to garner acclaim in their own time, versus the richer picture that emerges as a longer view forms.

I would like to put on record Kevin Brownlow’s role in championing Krish – really before anyone else. It was Kevin, a friend of John’s ever since they both worked together at World Wide Pictures in the 1950s, who first advocated a BFI retrospective. It was in connection with the Archive’s work towards the Krish season, which ran in 2003, that I first met John. I remember our first meeting, some 15 years ago, as vividly as if it were yesterday. Kevin’s intervention would indirectly lead to the rich and rewarding seam of work with John Krish and his films that the BFI has mined in ensuing years, as well as cherished friendships between John and several BFI staff. We all adored him.

It was an honour to have played a part, with colleagues, in the process of making better appreciated a remarkable body of work, and a pleasure to have known a remarkable man. I trust that the cultural process now has its own momentum. I hope so. So, this time, I will resist the temptation to say more about the films. This time, sadly, I write to say goodbye. The memories and the films will remain. Speaking for myself – they changed my life. For the better.