The strangeness in the land: 40 years of Red Shift, the BBC’s classic Play for Today

Based on Alan Garner’s novel, Red Shift spanned the centuries in its story of an ageless power in the English landscape. Forty years after its first broadcast, Adam Scovell remembers a British TV classic. 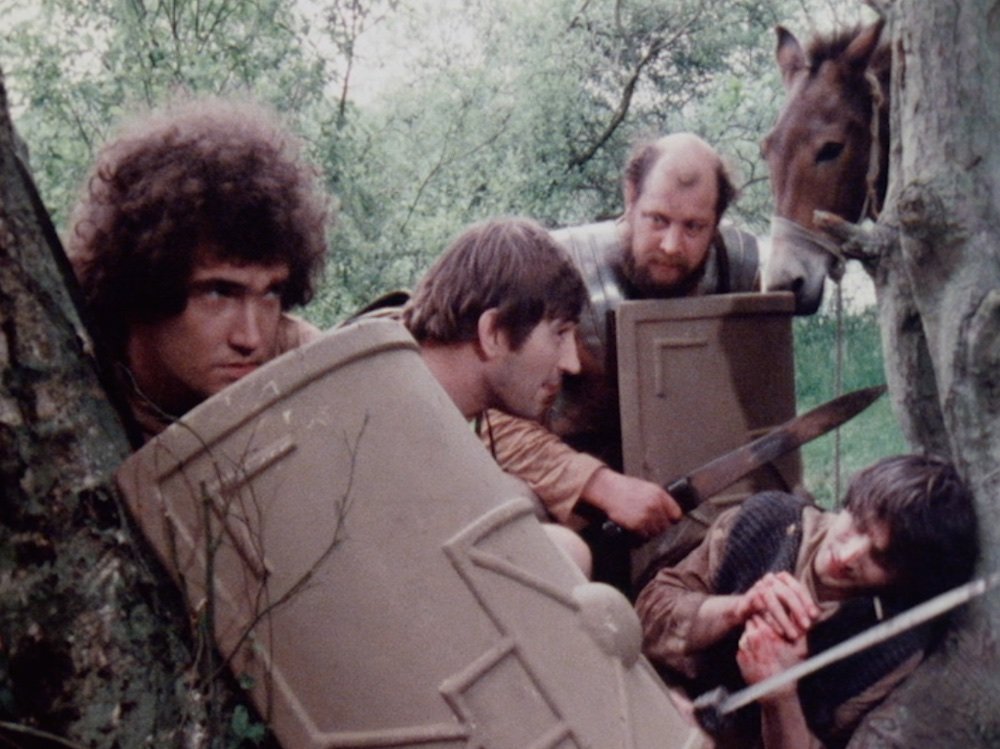 1978 was a successful year for the BBC single-drama strand Play for Today. The slot featured a number of groundbreaking plays, including David Hare’s Licking Hitler, David Edgar’s Destiny and Jim Allen’s The Spongers, to name only three.

One of the lesser spoken of plays from that year is, however, just as effective: John Mackenzie’s adaptation of Alan Garner’s fantastical 1973 novel Red Shift. Mixing a melancholy time-spanning tale with elements of psychological drama, the play is just as thought-provoking today as it was when first broadcast 40 years ago on 17 January 1978.

Staying true to Garner’s story, Red Shift follows the lives of three young men living in different eras yet all interconnected by their troubled personas and the remote location of Mow Cop in Cheshire.

In the 1970s, Tom (Stephen Petcher) is an unsettled young man trying to hold on to his dwindling relationship with Jan (Lesley Dunlop) while experiencing strange visions. Jan moves to London, but they continue to meet sporadically at Crewe station where they venture to the countryside and to a castle tower, finding an unusual stone in the ground that they call the ‘bunty’ before their relationship begins to collapse.

During the English civil war, Thomas (Charles Bolton) is holed up in a church near Mow Cop with his wife, Madge (Myra Frances), hiding with royalist soldiers who are after a concealed rebel, John Fowler (James Hazeldine). Thomas is also plagued by fits and visions, after finding the same strange stone hidden underground.

The story’s third era is the Roman period, when a soldier, Macey (Andrew Byatt), is also suffering from unusual fits, the axe-head he uses inducing a berserker quality when he attacks. It’s said to be derived from a stone fallen from the stars. When his unit is cut off from the main army, they take refuge on the hillside of Mow Cop where they capture a young girl (Veronica Quilligan) and begin to turn on one another.

As in most of Garner’s work, place is key and possesses temporal qualities. Time shifts and folds in on itself, repeating and building like layers of rock and soil. While in the novel a paragraph break leads to a new period in time, Mackenzie uses simple cuts to create this feeling of layered temporalities and cascading years. It’s a subtle shift, made effective by the fixed constant of the location, Mow Cop’s castle tower never really changing in spite of many years in between scenes. 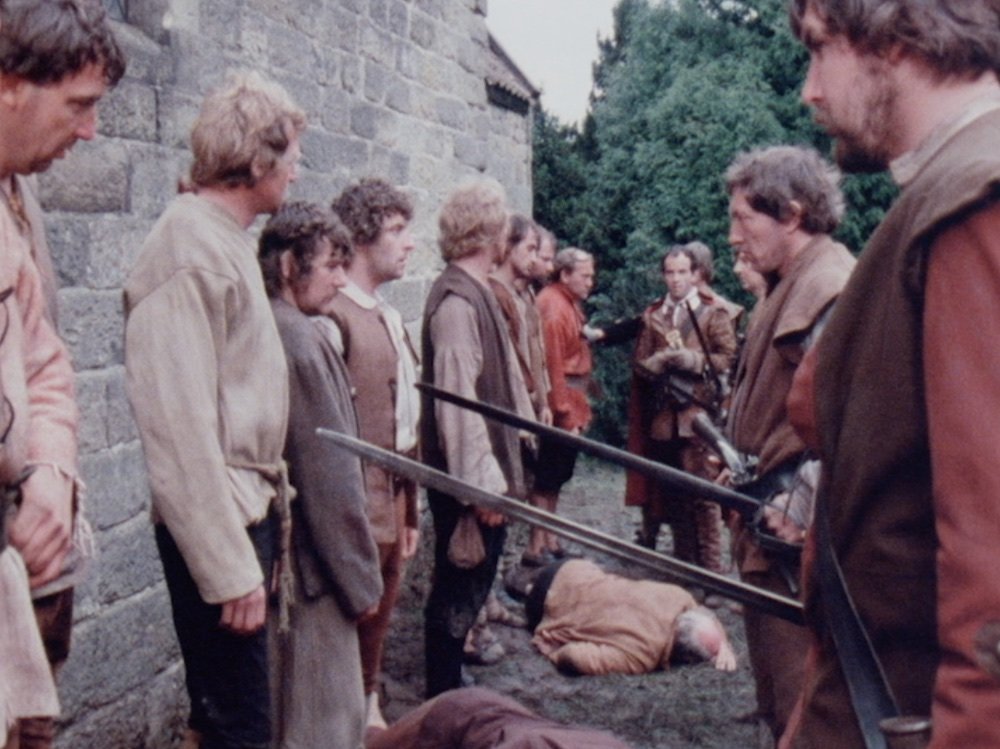 Mackenzie brilliantly manages to retain the links built by Garner in his novel, connecting geography and history together with the layers of the three protagonists’ psychology. All three elements work to create a strata that shifts in time, yet always returns to the location and to the stone that joins the three men.

Most famous for his novels set in Alderley Edge, Garner’s work is notable for its complex and specific relationship to a sense of place. The immense detail in his writing, which is often built on genuine places and history, has made his books ripe for adaptation. Nearly a decade before Red Shift, his novel The Owl Service was adapted by Peter Plummer for Granada, while many of Red Shift’s themes were also explored in a 1972 episode of the BBC documentary series One Pair of Eyes, called ‘Alan Garner – All Systems Go’.

Made in the period when Garner was writing the book, and presented by Garner himself, this autobiographical documentary is worth noting as it reveals some of the genuine emotional trauma that the writer experienced in his youth, some of which was infused into the novel. Surprisingly, the film also addresses many of the themes of Red Shift in what can only be described as an avant-garde essay film, in the vein of Chris Marker or Alain Resnais. 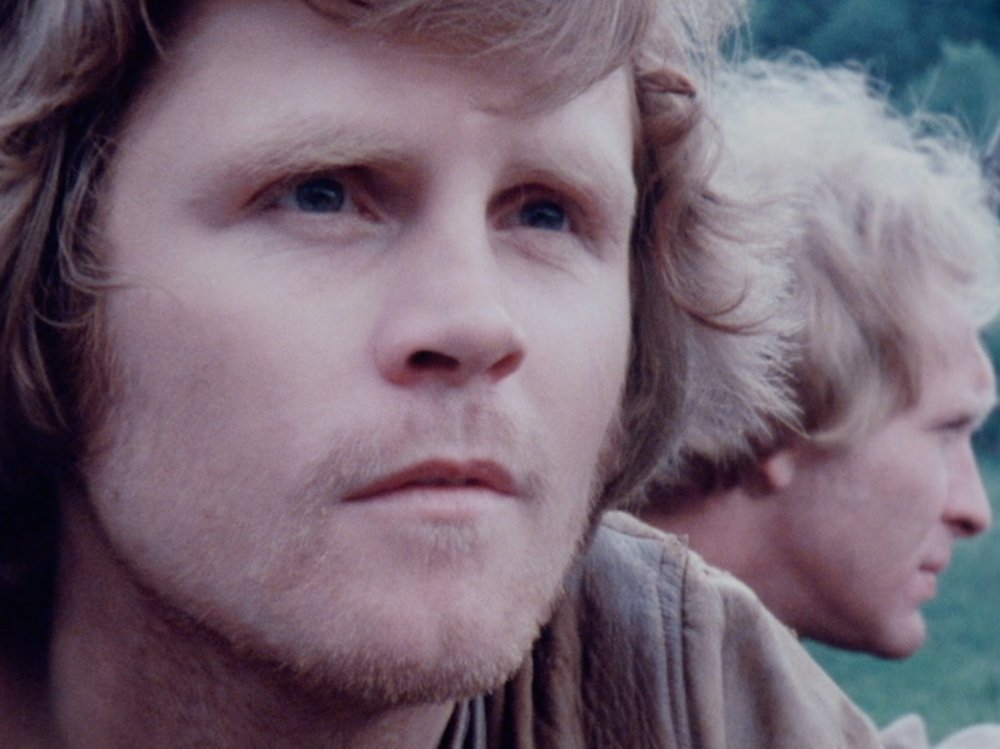 Red Shift is itself an excellent example of this mixture of fantasy, psychology and an unusual element of avant-garde sensibility. Perhaps this is brought over from the novel’s experiments with form and voice, but there’s no doubt that the Play for Today slot also encouraged a sense of daring and innovation.

There’s something endlessly alluring and unusual about Red Shift, however, that makes it stand out, not least for its maturity in not telling the viewer what to expect or feel. The land is fixed, time is passing and, as in many of Garner’s best works, the ancient and the otherworldly sit side by side.