Realer than realism: Journey to Italy

Starring Ingrid Bergman and George Sanders as an estranged English couple holidaying in Naples, Roberto Rossellini’s Journey to Italy represents a shift away from Italian neorealism to a more nuanced examination of life’s complexity. For Geoff Andrew, it’s a key stepping stone on the path to modern cinema. 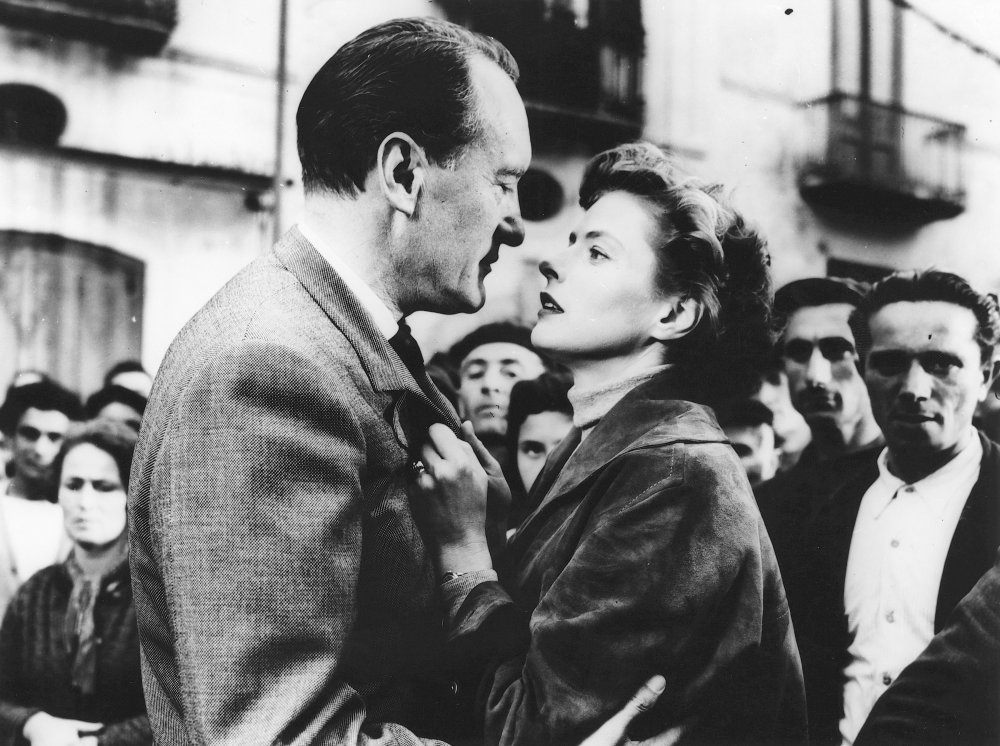 An explanation. There were three reasons – no, four, if we’re to be honest – for the BFI to revive Roberto Rossellini’s Journey to Italy (1954) at this point in time. First, it had recently been restored by the Cineteca di Bologna, and their work had revitalised both Enzo Serafin’s camerawork and the film’s rich soundtrack, all too often done a disservice by prints in circulation in recent years.

Second, together with Sight & Sound magazine, BFI Southbank was mounting a season entitled The Roots of Neorealism, and since Rossellini was one of the initiators of that movement, it made sense to revive one of his films to coincide with the survey. Third, the film is now 60 years old – though, being possessed of its own particular beauty, it certainly doesn’t look its age.

And fourth? Quite simply, it is a very, very great film. A landmark in many respects. One of those masterpieces which feels as if it’s becoming a little harder to ‘fix’ with each and every viewing. Surely no question, then, that the BFI should acquire the rights and revive the film.

No question? Actually, once upon a time there might have been a great many questions. Journey to Italy – aka Viaggio in Italia or Voyage to Italy, or even The Lonely Woman or Strangers as it’s sometimes been known (though I’ve never heard it called The Italian Trip or The Curmudgeonly Man, which would be almost as appropriate as some of the aforementioned titles) – wasn’t always held in the high esteem it commands today.

Rossellini first attracted the attention of the world with Rome, Open City (1945) which, like its immediate successors Paisà (1946) and Germany, Year Zero (1947), pretty much conformed to the notion of neorealist films as stories of the everyday lives of the poor and dispossessed –   ideally played by non-professionals – simply trying to get by. (This, of course, is a gross simplification of what neorealism was about, but that’s how it’s often described and discussed.)

But to many – with the very notable exception of Cahiers du cinéma critics like Eric Rohmer, Jacques Rivette and Jean-Luc Godard – Journey to Italy seemed something of an aberration. For one thing, it was about upper-middle-class types (what’s more, they were English!). For another, the lead roles were played by established stars (Ingrid Bergman, then the director’s partner, and George Sanders). And then there didn’t appear to be a proper story. The couple it depicted just seemed to be bored. They didn’t really do anything. 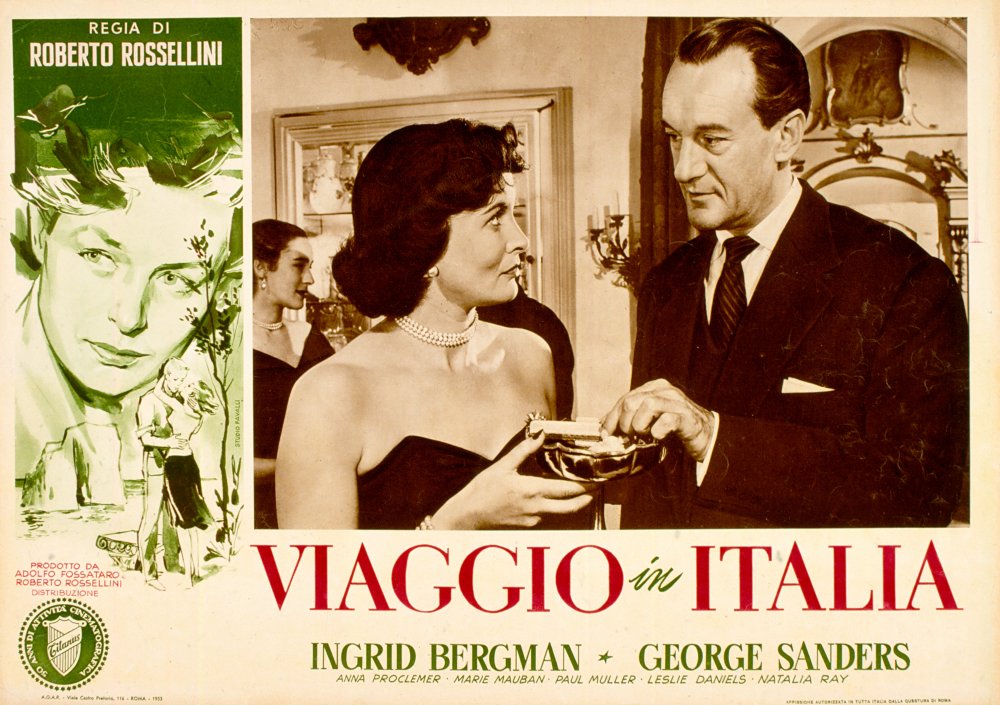 Which only goes to show how hard it is to define ‘realism’. In many regards Journey to Italy is truer to the banality of many people’s lives than the relatively dramatic storylines of Ossessione (1943), Rome, Open City, Bicycle Thieves (1948) and many other neorealist classics.

In depicting the relationship of the Joyces, whose boredom and frustration with each other after years of marriage are brought into much clearer relief when they abandon the comfort zone of home and everyday habits for a trip to Naples and its environs, Rossellini simply lets the couple slowly drift apart from one another, each forced to fall back on all too recognisably limited resources. Nothing extraordinary occurs; they merely respond, in their tellingly different ways, to the sights, sounds and inhabitants of the unfamiliar world around them.

But it’s not just in terms of narrative that Journey to Italy feels somehow more ‘truthful’ than many of the neorealist films. It’s in the overall focus. Rossellini’s sense of the importance of the social, political and material realities of the world around his central characters was as acute as ever, but what distinguishes this film from its predecessors is the attention he paid to their inner lives: the subtle nuances of the thoughts and feelings which they themselves seem often to barely comprehend.

There is an acknowledgement here of profound mysteries at work, and it feels as if Rossellini was determined to try and shed light on those mysteries, even as he made clear that there would be no easy answers to why his characters do what they do.

In this regard, the film moved beyond neorealism, towards another realm populated by figures like Carl Dreyer, Ingmar Bergman, Michelangelo Antonioni, even Rohmer or – more recently – the likes of Krzysztof Kieslowski, Abbas Kiarostami and Nuri Bilge Ceylan. Indeed, it might even be argued that, along with the earlier Citizen Kane (1941), it was Journey to Italy which was most instrumental and influential in effecting the transition from traditional forms of cinematic storytelling to something more recognisably modern. And that’s probably why the film itself feels so timeless.