Raise a gin and Dubonnet to Powell & Pressburger’s “I Know Where I’m Going!” at 70

Michael Powell and Emeric Pressburger’s mystical romance “I Know Where I’m Going!” premiered 70 years ago, on 16 November 1945. In its honour, we’re making its heroine’s favourite tipple… 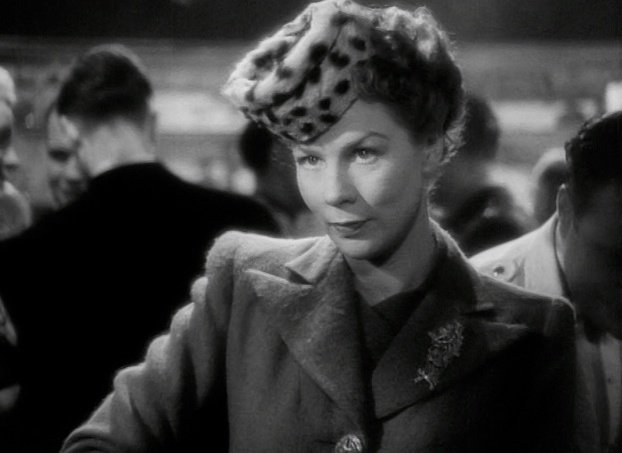 SPOILER WARNING: This feature gives away the film’s ending

Joan (to her father): “Oh, but you must have something tonight. (To waiter) He’ll have a sherry. You know you love sherry.”

Waiter: “And the usual for you Miss Webster?”

Father: “What do you mean, the usual?”

Father: “You have no consideration whatever for my position.”

Joan: “Oh darling, be reasonable. Just think of all of these girls here, they’ve all got fathers who have positions.”

Now that it is best known for being the tipple of choice of HM the Queen and the late Queen Mother, it’s hard to imagine a time when gin and Dubonnet could be considered a racy and exotic concoction, as it is in one of my favourite films, Michael Powell and Emeric Pressburger’s “I Know Where I’m Going!” (1945).

Admittedly, the alarmed party is the provincial bank manager father of heroine Joan Webster (played by stage and screen actor Wendy Hiller), a man for whom a glass of sherry signifies a wild night out, but his daughter’s choice of drink is nonetheless representative of her independence and sophisticated veneer.

It’s wartime. Father and daughter are meeting in a glamorous nightclub/restaurant, complete with off-duty officers in uniform, slick cocktail barmen and classy swing band. Mr Webster (George Carney) is clearly out of his element, while Joan is fully within hers. Wearing a chic utility skirt suit accessorised with a matching ocelot hat and handbag, she’s on familiar terms with the waiters (“the usual for you Miss Webster?”), and the relationship between this older man and imperious young woman is at first unclear.

Joan calls him ‘darling’ and it’s only gradually revealed that he’s her father as well as her bank manager. If Mr Webster is mildly shocked first by Joan’s order and then by her brisk knocking back of a gin and Dubonnet, he’s even more alarmed when she announces that she’s about to marry her boss, Sir Robert Bellinger, one of England’s wealthiest industrial magnates. Presssburger’s script teases the Freudian undertones of their relationship to the surface as Joan’s father muses in dismay that Bellinger “must be almost as old as I am”. “And what’s wrong with you darling?”, Joan retorts, before exhorting her father to dance. 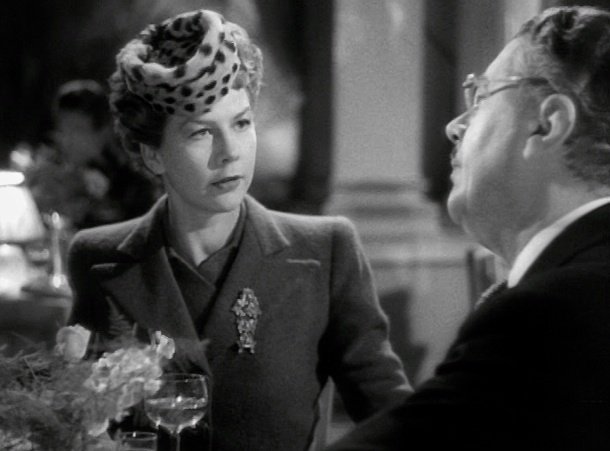 Since its release in 1945, “I Know Where I’m Going!” (widely referred to as IKWIG) has built up a cult following and has inspired many a pilgrimage to Mull in the Western Isles of Scotland (see, for example, Mark Cousins’ delightful 1994 documentary, I Know Where I’m Going! Revisited). IKWIG follows Webster, a modern and determined young woman, as she is thwarted in her quest to get to Kiloran, the remote Hebridean island where she is due to get married. Stopped first by the elements (fog, a storm, a whirlpool), Joan eventually forsakes her destination for true love in the form of a young naval officer, Torquil MacNeil (Roger Livesey), who also turns out to be the impoverished laird of Kiloran.

The film is a romantic and (neo) Romantic masterpiece, its love story enriched by history, myth, and Powell’s deep and abiding passion for the Scottish landscape. Like its immediate predecessor, A Canterbury Tale (1944), IKWIG juxtaposes urban modernity with older, more traditional and often mystical values. Screenwriter Pressburger intended both films to be part of a ‘crusade against materialism’, with the quirky credit sequence, opening nightclub scene and playful sleeper train journey to Scotland set up in direct contrast to the remainder of the film, which is played out amid the sublime and magical landscapes of the Western Isles. 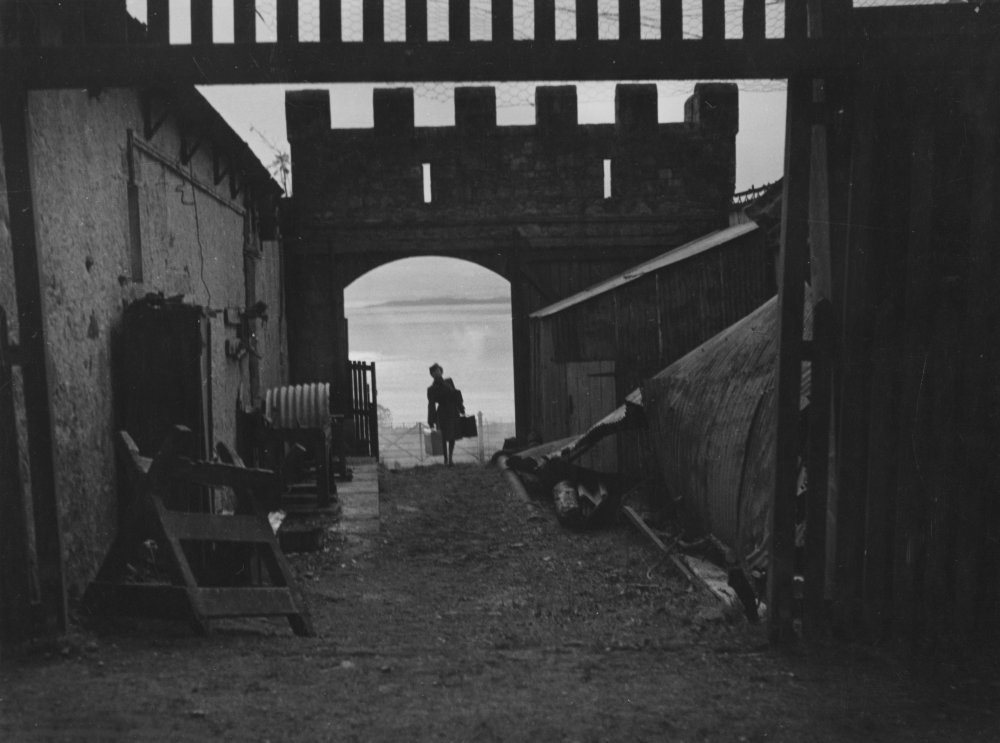 Joan’s trajectory takes her from metropolitan life in industrial Manchester, where she’s almost certainly working as part of the war effort, to a simple and remote community where the war, although more distant, has nevertheless still had an effect. The long-term presence of barracked soldiers has wrecked the ancestral house owned by Catriona MacLaine (Pamela Brown), the young men of the islands have been called up, and peacetime festivities have been renounced for the duration.

But though Mull is under threat from war, economic hardship and the invasion of wealthy English second homeowners, it’s depicted as a place where society, nature and traditional values triumph over sophistication, modernity and materialism. It’s a world where, as the film’s denouement makes clear, swimming in the cold, rough sea is preferable to the placid calm of a swimming pool, and where salmon caught in a stream tastes infinitely better than that delivered by the fishmonger. 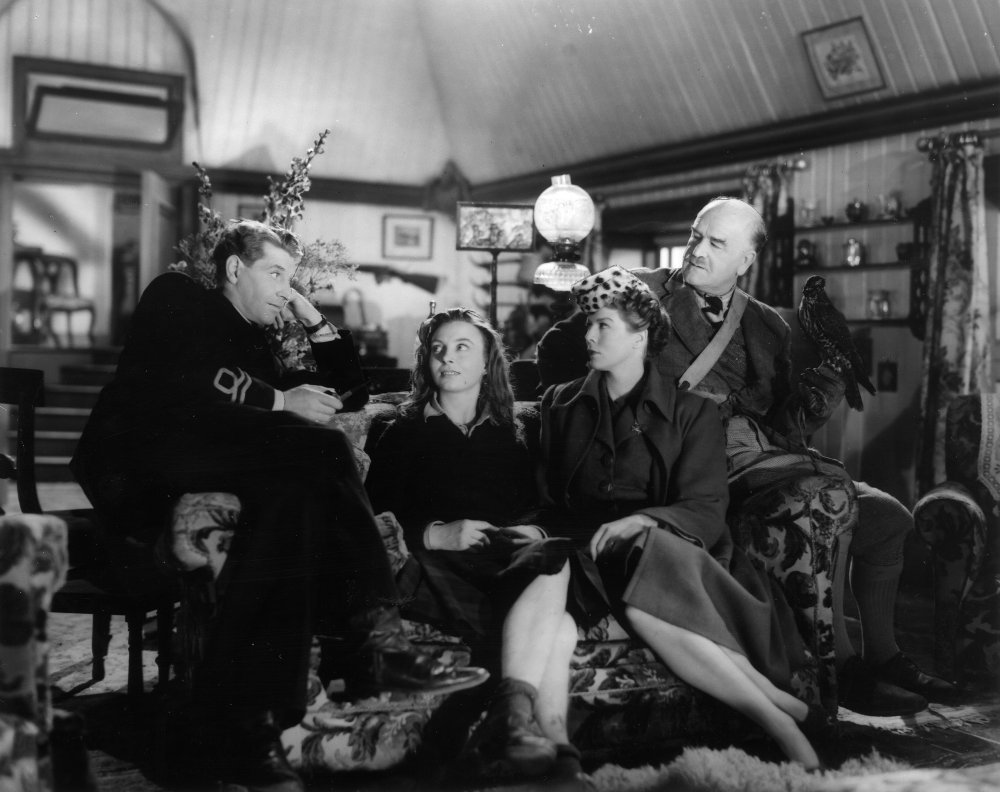 For me the film is rich with many pleasures. Like Joan I’m seduced by the journey up to Scotland and the mysterious and poetic beauty of Mull: its mist-wreathed shoreline, the wish-granting ceiling beams of Catriona’s house, the cèilidh, the whirlpool, and the curse on the lairds of Kiloran (and yes, just a tiny bit by Roger Livesey’s warm, husky voice…). But I also enjoy – and, despite their anti-materialist quest, the filmmakers do allow us to – the film’s opening scenes for their evocation of the exciting, glamorous and glitzy side to wartime life (a lifestyle that is also captured in literature of the time, such as Marghanita Lasky’s 1946 novel, To Bed with Grand Music). Here, at the start, we can see Joan firmly in her element as an emancipated, modern working woman – albeit one who’s delighted to have a hooked herself a rich husband. 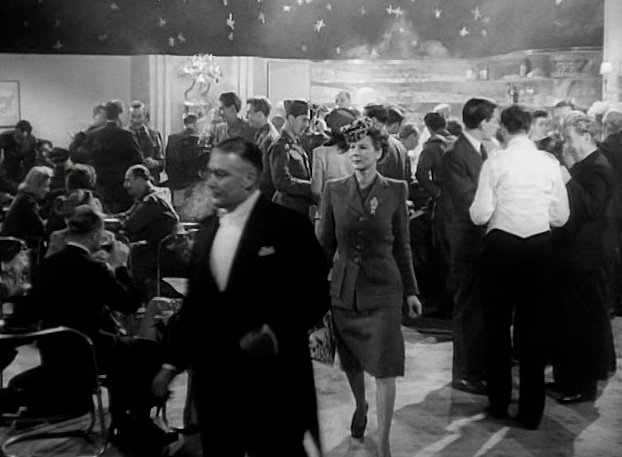 Production designer Alfred Junge’s set creates a quietly spectacular modernist space for our introduction to the adult Joan. It’s replete with classically-inspired columns and statuary, an art deco cocktail bar and a heaving dance floor with star-bedecked ceiling – you can understand why this would be a regular haunt of Joan’s. Her drinking choice of gin and Dubonnet is also deeply appropriate to her character. First marketed in Paris in 1846, Dubonnet is a wine-based aperitif containing quinine, herbs and spices. By the 1930s and 40s, it was highly fashionable among the British aristocracy, and, of course, British royalty. The Dubonnet cocktail (half gin, half Dubonnet) appeared in The Savoy Cocktail Book in 1930 and was celebrated in popular culture, as in Noël Coward’s song ‘I Went to a Marvellous Party’, in 1938:

By the time Joan orders her gin and Dubonnet in IKWIG, the drink’s association with the upper classes, and its status as a ladies’ drink, made it the perfect choice of beverage for a character who is a thoroughly modern miss and an aspiring social climber. After downing her cocktail, Joan preens in front of her compact mirror, to the exasperation of her father who reminds her that she’s not Lady Bellinger just yet. 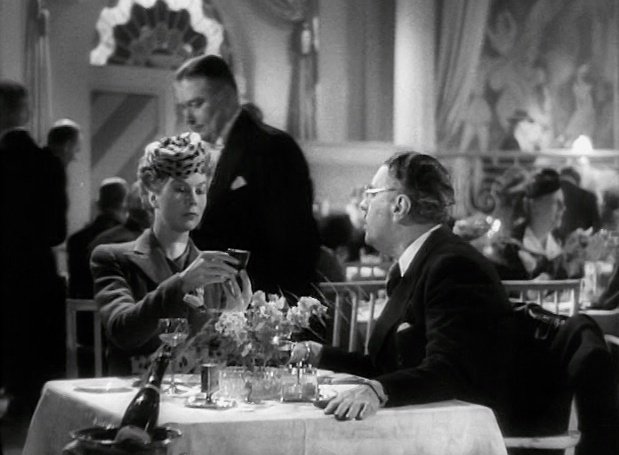 This brings her back down to earth and prefigures the film’s narrative move away from cocktails and jazz and up to the remote Scottish Hebrides, where Joan begins to question her modern values and formerly defining sense of knowing exactly where she’s going. Whether or not she gives up gin and Dubonnet remains an unanswered question (whisky is of course a more appropriate drink on the Isle of Mull), but it’s certainly true that other drinkers have shunned Dubonnet since its1940s heyday.

Unlike IKWIG, which, as well as being a popular and critical success upon its release, has a wide, affectionate and ever-growing fan base, 70 years on, Dubonnet is desperately unfashionable. It’s now seen as being primarily an older person’s drink that has failed to attract a new generation of imbibers. A 2009 BBC news feature pointedly asked ‘Who still drinks Dubonnet?’, suggesting that the Queen is emblematic of the ageing and dwindling demographic who still enjoy the drink.

Like its distant cousin Campari, however, which was out of vogue only a few years ago, perhaps Dubonnet could be ripe for a revival. I can certainly recommend it as a suitable drink to toast IKWIG’s 70th anniversary. Make it to Savoy Cocktail proportions (as opposed to the Queen Mother’s preferred 70% Dubonnet, 30% gin), perhaps with a twist of lemon or orange peel and, if you like, serve over ice. For a version just like Joan’s, here is the recipe (such as it is), courtesy of The Savoy Cocktail Book: 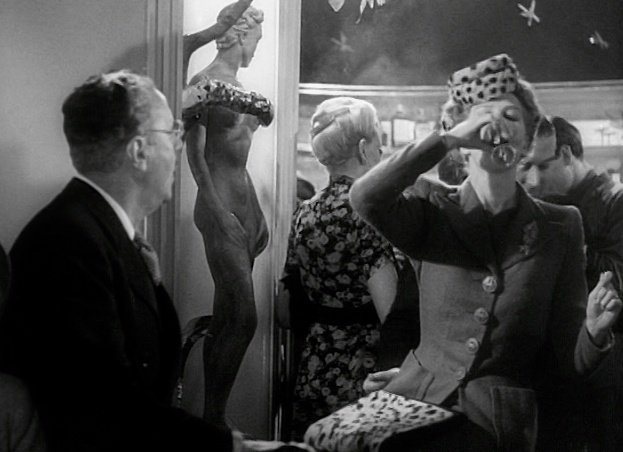 Related to Raise a gin and Dubonnet to Powell & Pressburger’s “I Know Where I’m Going!” at 70