How Britain has changed since post-punk classic Radio On

Featuring a soundtrack of Bowie, Kraftwerk and others, cult British road movie Radio On is a vivid time capsule of England in the post-punk years. How are its locations in London and Bristol faring today? 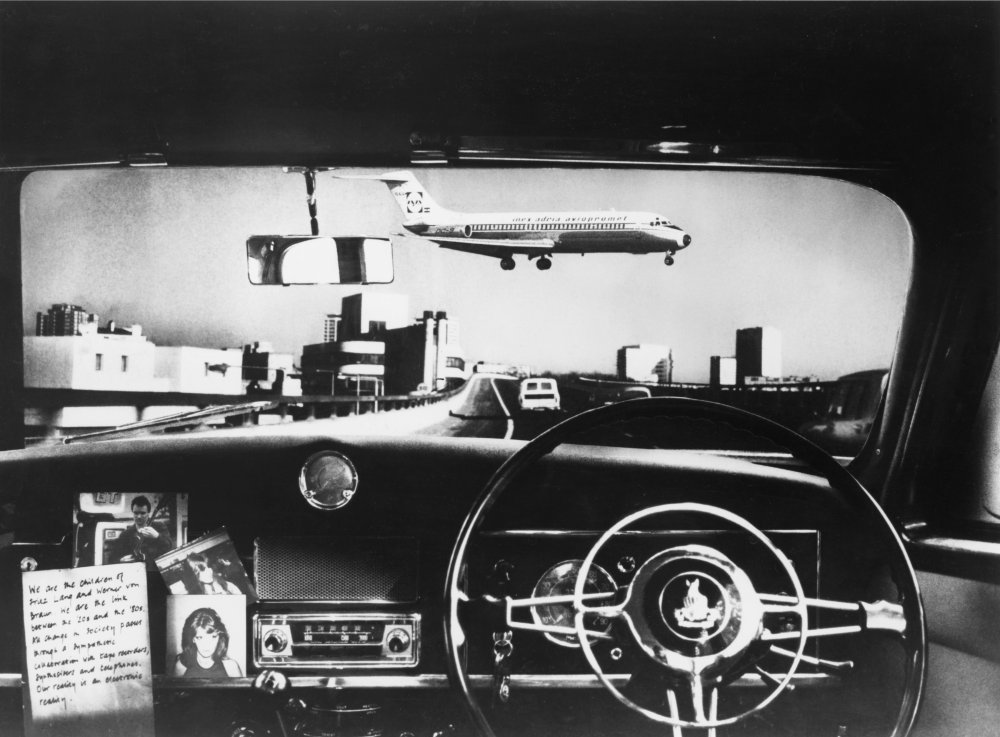 Chris Petit’s cult road movie Radio On (1979) is singular in British cinema. The film, about a man who drives from London to Bristol to investigate his brother’s death, looks like nothing else shot here before or since. That’s mainly because half the crew was German. Wim Wenders was an associate producer, and, crucially, Martin Schäfer was the cameraman, and so the British landscape is partially viewed through a German lens. Watching it now, you might mistake parts of Bristol and London for Berlin in the late 1970s. The atmosphere is gloomy, the weather overcast, everything captured in grainy black and white. Of course, the synths of Kraftwerk and Berlin-period Bowie on the soundtrack help.

Another reason Britain looks like Germany in the film is Petit’s choice of locations. He’s got a thing for flyovers, high-rises and motorways. This was the cityscape that shot up in Berlin following the Second World War, and seemed to be emerging in Britain. But it wasn’t fully embraced in the way you suspect Petit hoped. Concrete buildings are as contentious as ever. With that in mind, I revisited some of the locations from the film in Google Street View to see how the English landscape has changed. 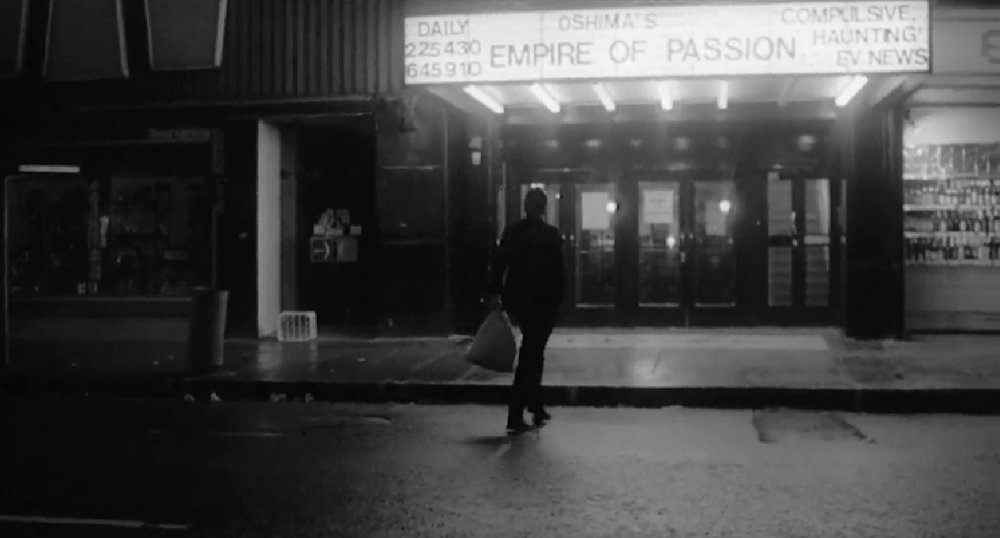 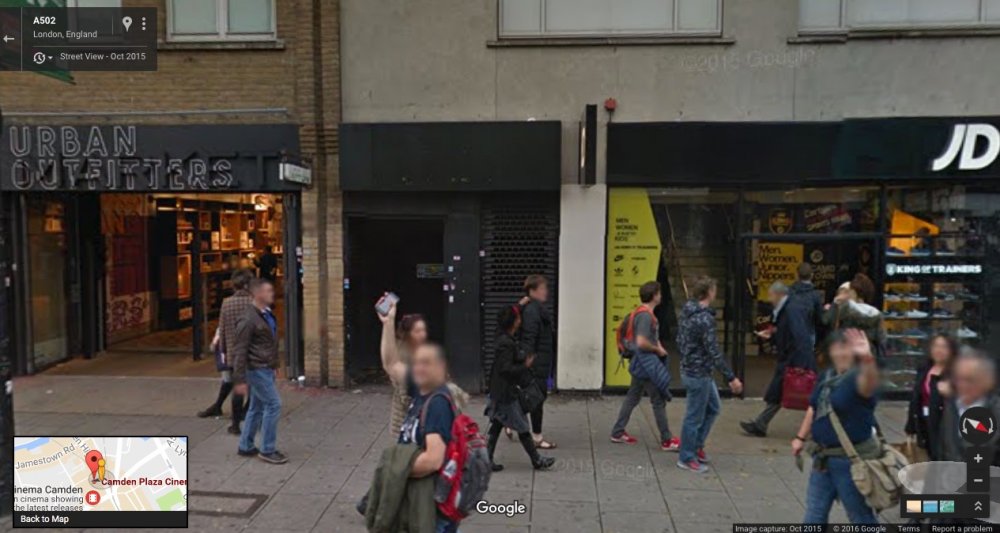 Robert, the film’s laconic protagonist, lives above the old Camden Plaza cinema, a little arthouse theatre that screened films like Nagisa Oshima’s Empire of Passion (1978) in the late 70s. Sadly, it’s since been replaced with an Urban Outfitters and a JD Sports. Where once you could have a life-changing experience in front of a glowing screen, you can now buy a T-shirt sans branding for £40. The reason: rent increases from the landlord. The cinema was forced to close in late 1994 and is now part of a sprawling shopping district around Camden High Street. It’s highly unlikely that you’d find a lone man milling about on the pavement now, let alone be able to close off the street for a low-budget indie film. The cinema may be gone, but Radio On immortalised it. 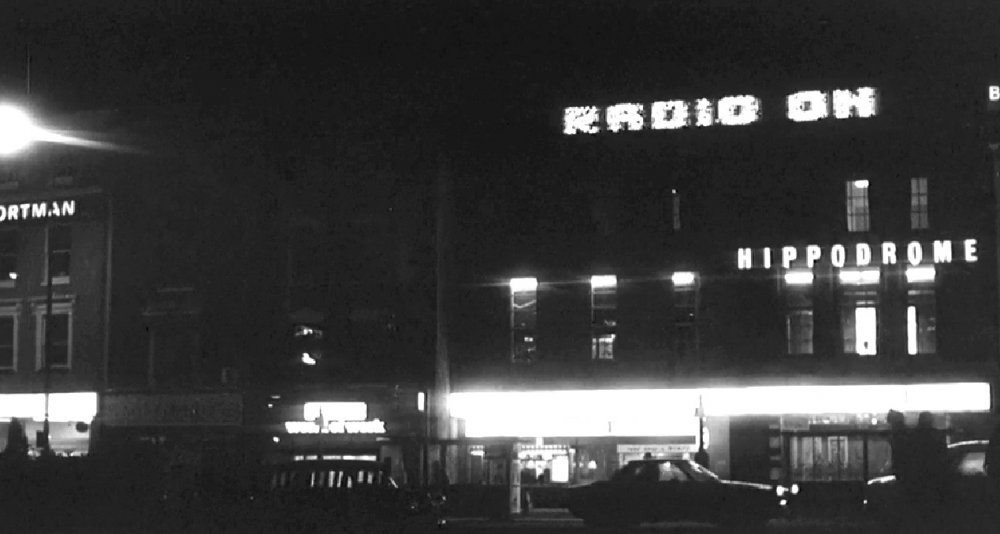 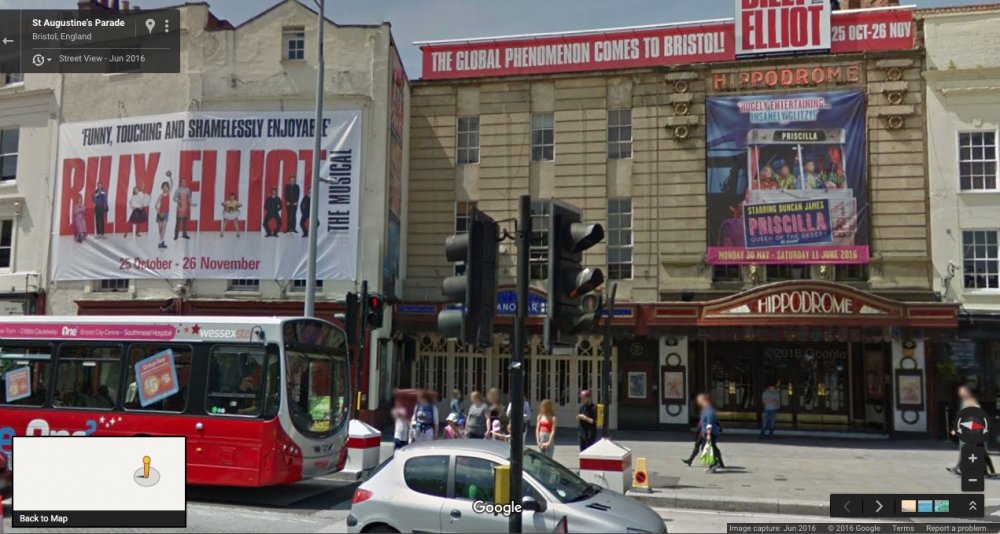 The film’s opening titles flash across an electronic screen on the Bristol Hippodrome. The building – a stone’s throw from the Watershed cinema – still stands, but the aforementioned screen has gone and the theatre’s sign has changed drastically. If anything, it looked more modern back then. The surrounding area by the floating harbour has had a pricey facelift: it’s more pedestrian-friendly now, with benches and fountains lining the road, and the enormous Radisson Hotel casting an ominous shadow over everything. 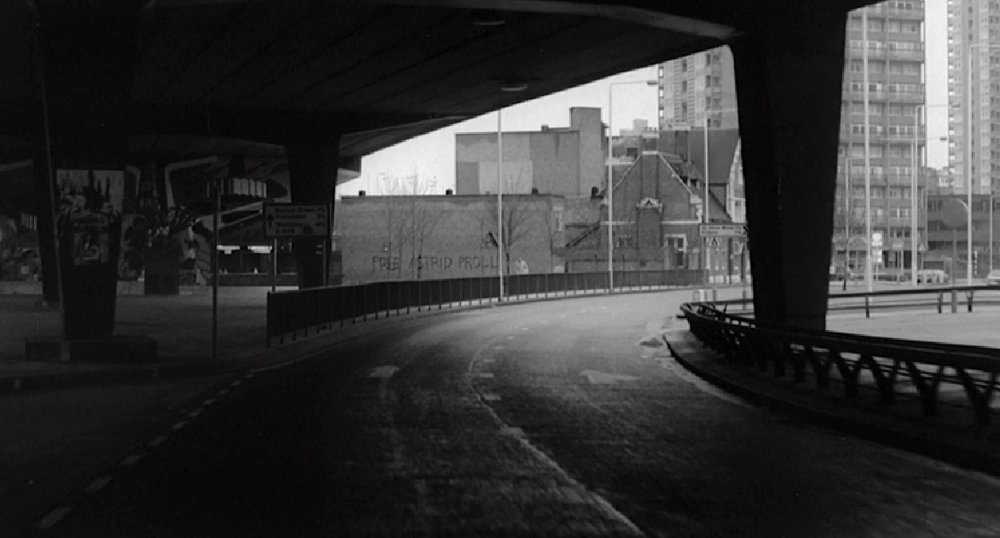 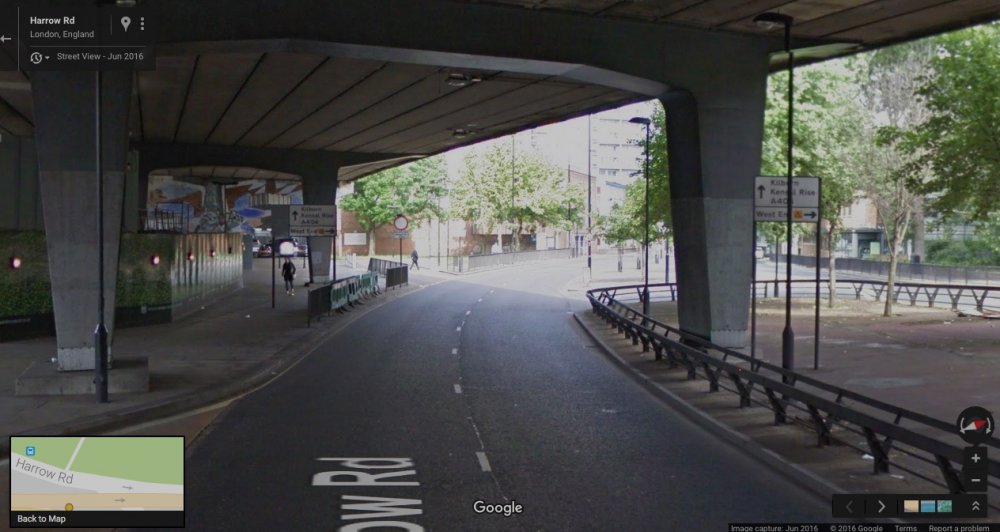 Before Robert zooms out of London he drives under the Westway and past a large wall awash with graffiti reading “FREE ASTRID PROLL”. Astrid Proll was a member of the Baader-Meinhof gang who worked briefly in Hackney before being caught by British police. This, of course, adds another layer to the German-British co-production. But the graffiti was painted over long ago. The area under the flyover, just in the distance, is now home to a basketball court and a skate park. There’s still plenty of graffiti but nothing that appears politically charged.

Canal House, aka The Battleship Building 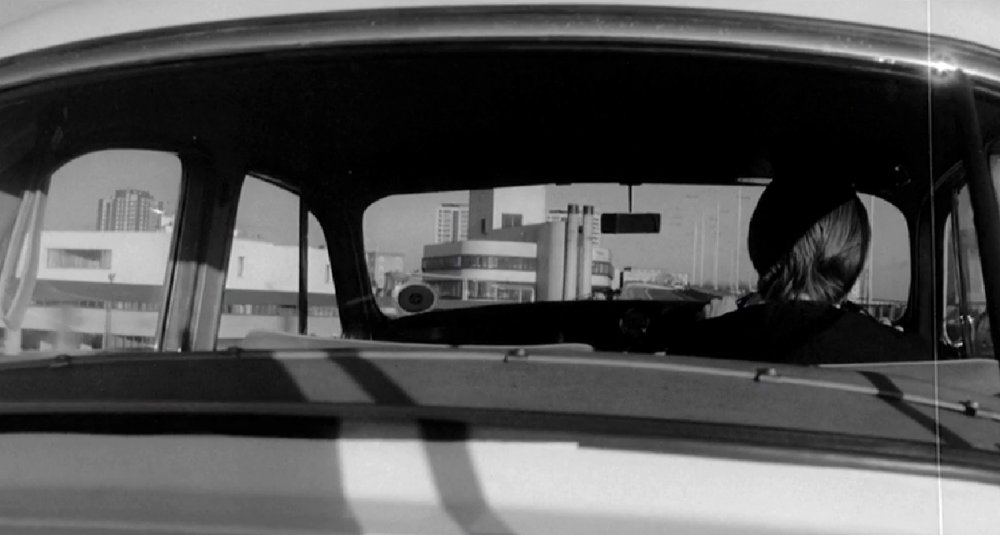 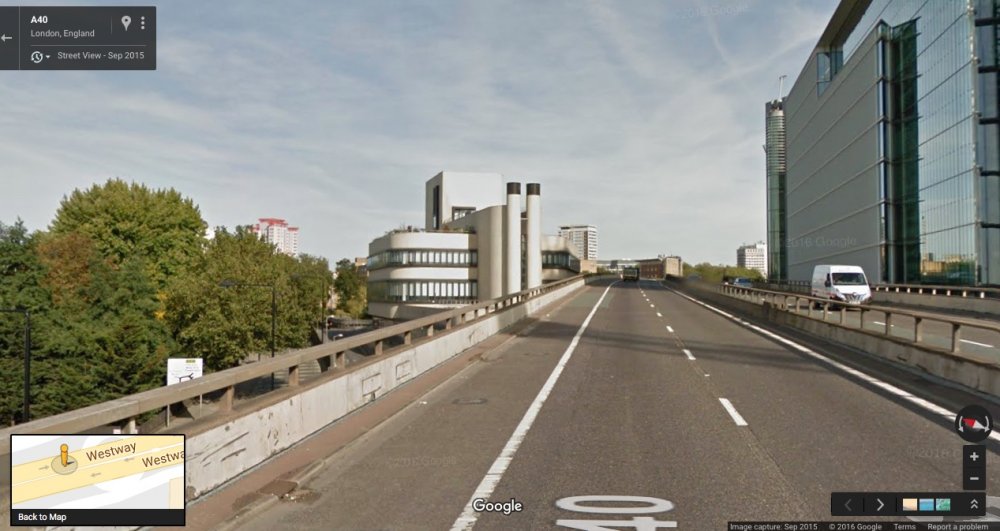 Almost directly above this still is where the film’s iconic poster image was captured. Forget that he’s driving the wrong way out of London – eastbound – to Bristol; it’s the building on the left that counts. Canal House, aka the Battleship Building, is so close to the flyover that you could practically high-five someone in it from your car. This is what makes it feel so aptly modern for the movie, as if you were driving on a skyway through the heart of the city. In the film, the camera can’t resist a glance to the left as Robert drives past. Today, the building looks just as sharp, having been well maintained over the years. It was originally a maintenance depot for British Rail in 1969 but, like so many old buildings in the city, was converted into offices in 2000. 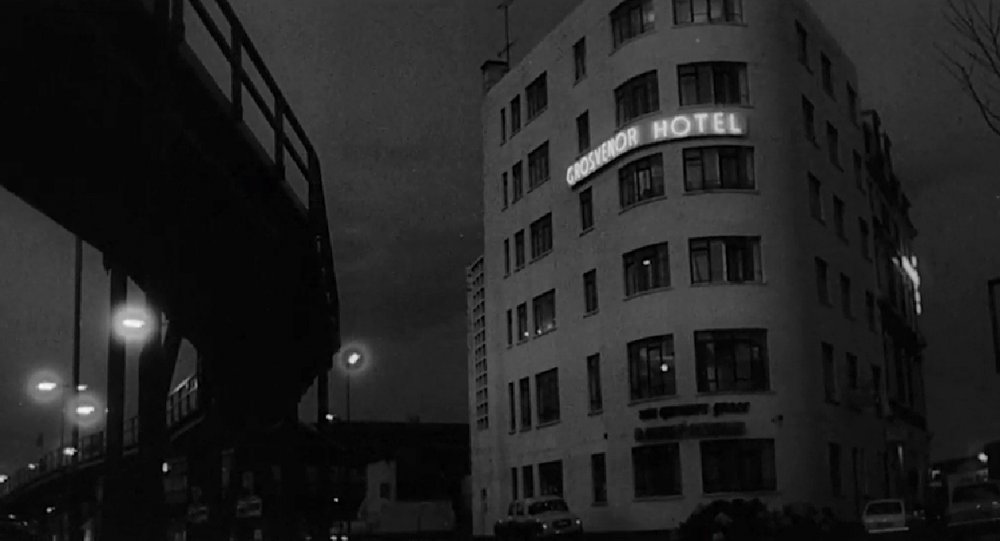 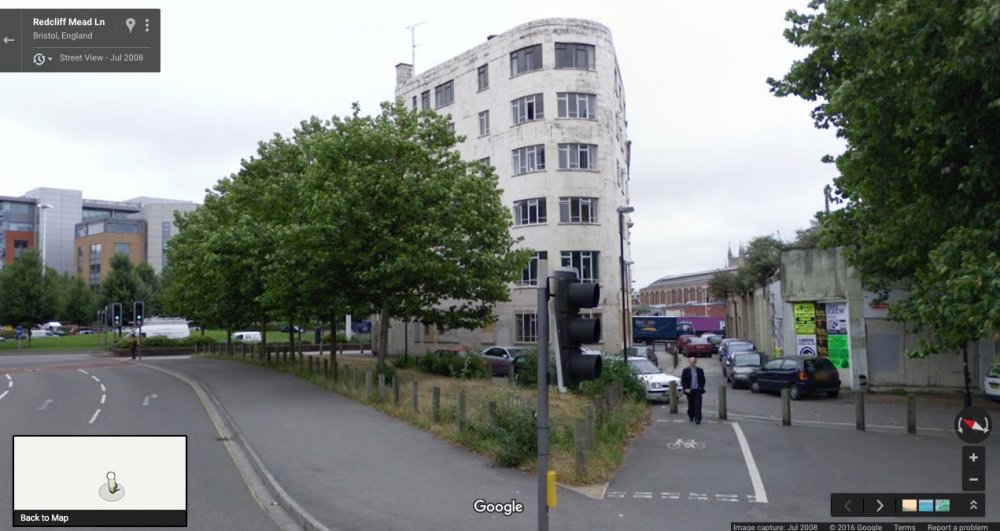 Flyovers are ubiquitous in Radio On. There’s a loud echo of the last one when Robert arrives in Bristol. He drives over the Victoria Street flyover and glances to his left at the beautifully shabby Grosvenor Hotel. The one-lane flyover was torn down in 1998 and the hotel has been slowly crumbling for the last 25 years. Now the site is being developed and scaffolding envelops the building. But it will never look as classy as it did in the late 70s, when Petit and his cameraman shot it in monochrome and made you question whether you were seeing Berlin or Bristol.

The house in Brislington 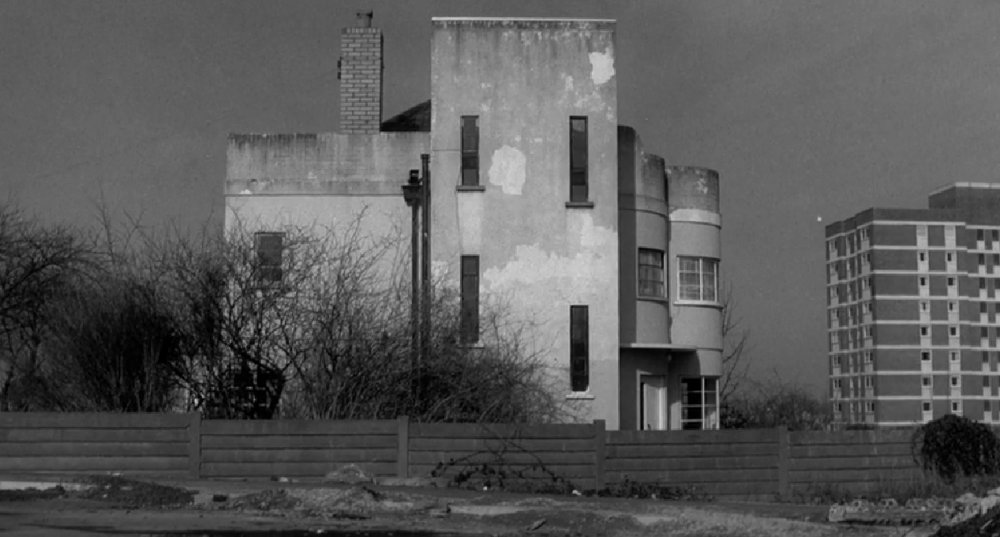 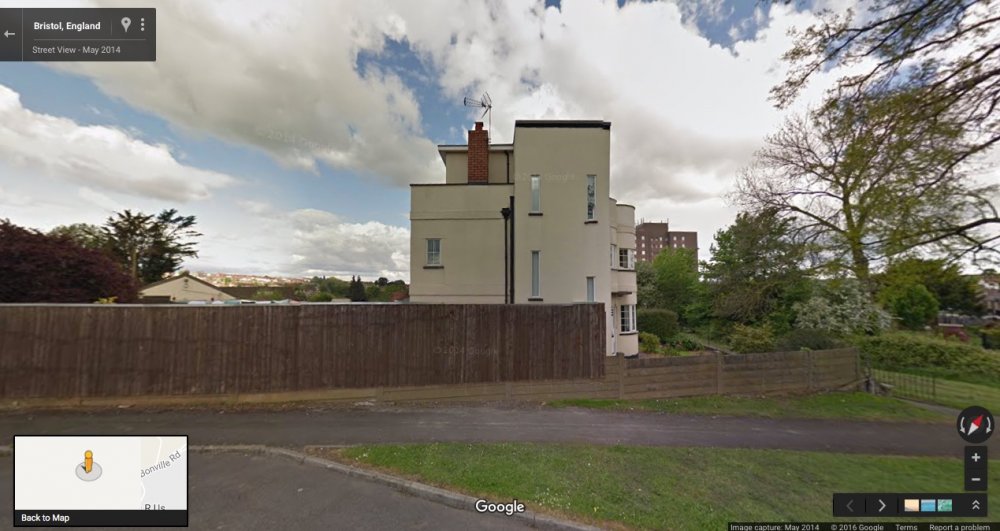 This is the location where Robert accompanies a German girl on a visit to her relative. The house, a sort of modernist bunker meets suburban home, is in Brislington, just south-east of Bristol. Again, with the high-rise looming in the background, this could easily pass for Berlin in the 70s, a new city emerging from the rubble of the Second World War. In the sober light of 2016, however, it’s a location you could drive by and think nothing of. The house has had a new lick of paint, the fence has been renewed and some shrubs have been planted. I wonder if the occupants know about their home’s cameo in Radio On? 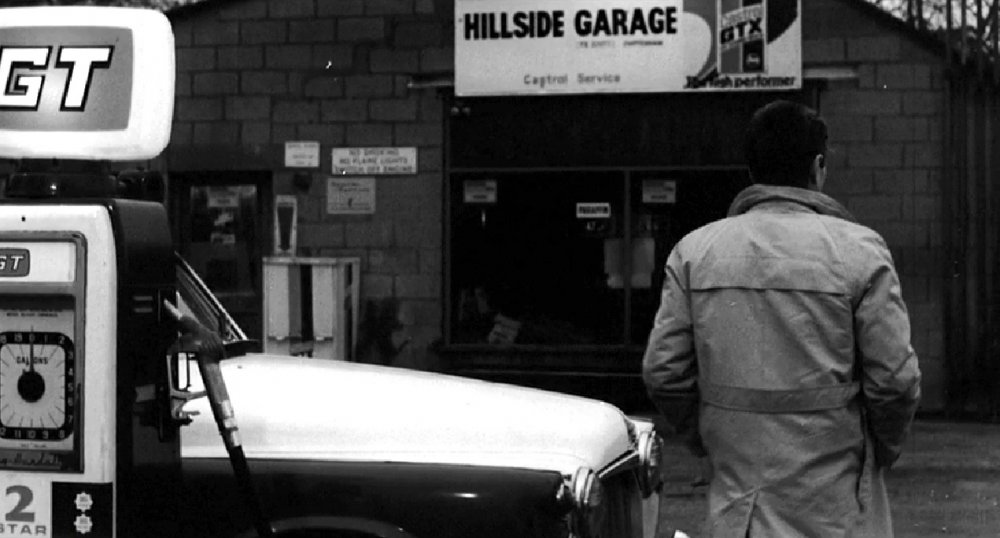 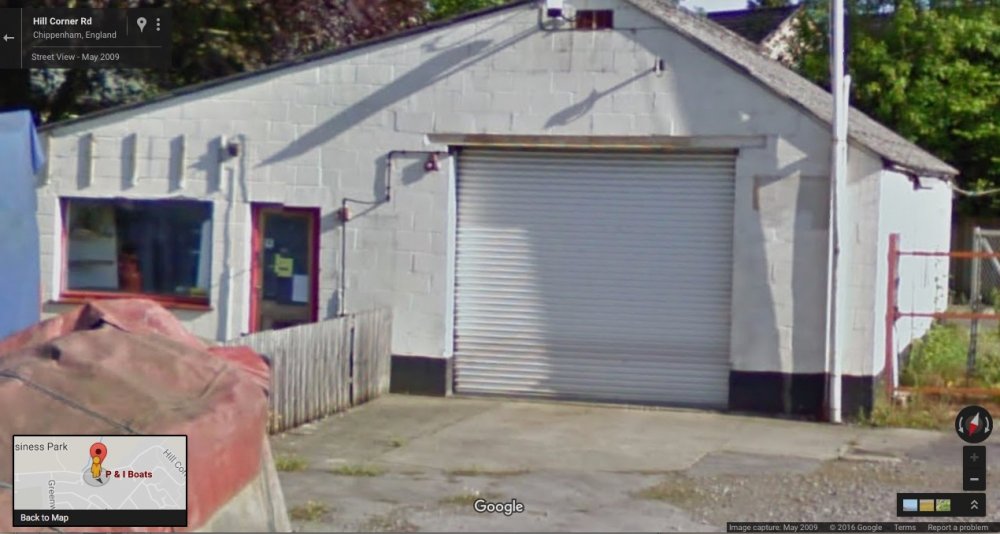 The old Hillside Garage where Robert has a singsong with Sting is in Chippenham. When he pulls up, GT pumps light up the garage and trailers are parked outside. There’s no one around, and it’s a bit creepy – much like when you visit it today in Google Street View. Except it’s no longer a garage: it’s now a boat maintenance site. The pumps have been taken out, the sign pulled down and no one is singing Eddie Cochran in a trailer. And yet it still feels eerie, like an abandoned hamlet out in the sticks where your phone signal drops to zero.