From Quatermass to The Avengers: six of the best by director Roy Ward Baker

A titan of British genre film and TV in the postwar era, Roy Ward Baker was a regular director for horror studios Hammer and Amicus and made arguably the definitive film version of the Titanic story. On the centenary of his birth, we pick six of his finest moments. 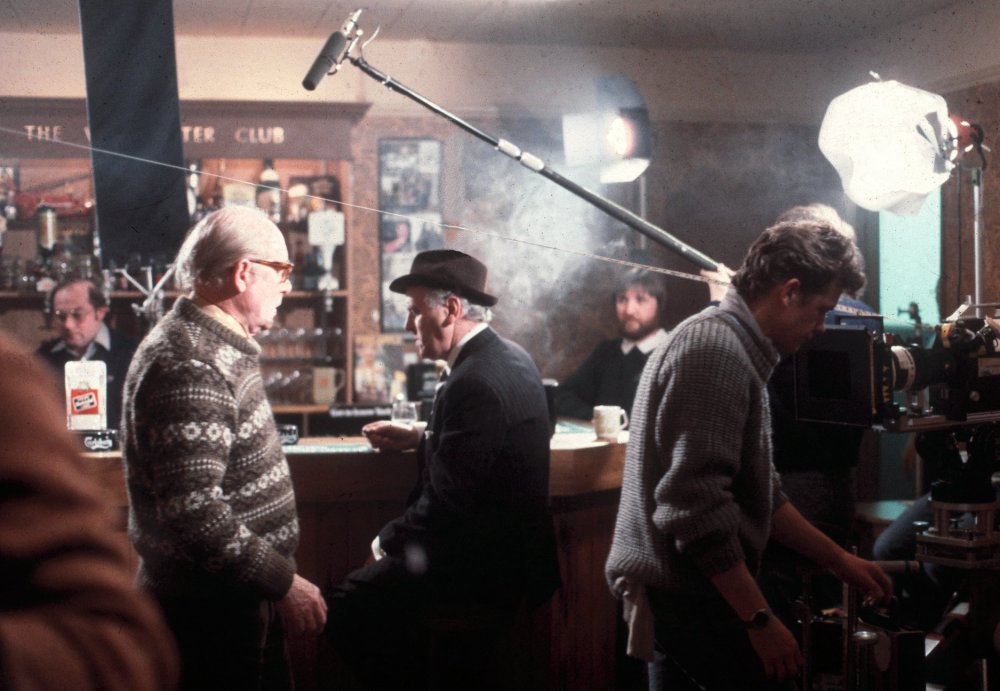 Director Roy Ward Baker was born on 19 December 1916 in Hornsey, north London, the son of a Billingsgate fish merchant. A visit to the cinema in the 1920s to see Raymond Bernard’s The Chess Player (1927) so terrified the young Baker that he briefly swore off going to the cinema again. At the age of 12 he tried again, this time falling for the charms of Sidney Franklin’s The Actress (1928), which so enthralled him that he decided there and then that his future lay in filmmaking.

After a brief stint as mail boy at the Columbia Graphophone Company, Baker joined Gainsborough Studios in 1934 as a runner and general dogsbody, his first assignment being Walter Forde’s Chu Chin Chow (1934). He spent six years at Gainsborough working on 38 films, eventually becoming an assistant director, working under Hitchcock on The Lady Vanishes (1938).

During wartime service in the Army Kinematograph Unit he befriended novelist Eric Ambler, who had plans to write an adaptation of Uncle Silas for Two Cities Films after the war and wanted Baker to direct it. The film fell through, and Ambler wrote a new script, The October Man, which became Baker’s debut film as a director in 1947.

Baker’s first big hit was Morning Departure in 1950, which brought him to the attention of Darryl Zanuck at 20th Century-Fox who invited Baker to Hollywood where he directed Night without Sleep (1952) and Inferno (1953) and gave Marilyn Monroe an atypical role as a psychotic babysitter in Don’t Bother to Knock (1952).

He returned to the UK in the mid-50s and by the end of the decade had made his most famous film, A Night to Remember (1958). Television beckoned in the 1960s and he became a prolific director on shows like The Saint, Gideon’s Way, The Avengers, The Persuaders and, later, Minder. As the 70s dawned, Baker found a new niche for himself as the director of a string of horror and science fiction films for both Hammer and Amicus, bringing lesbian vampires to the former in The Vampire Lovers (1970) and contributing two of the much-loved anthology horrors to the latter – though the less said about Hammer’s dreadful Scars of Dracula (1970) the better…

In 1967, just as he began his brief but fruitful liaison with Hammer, tired of being mistaken for the sound editor who shared his name, Baker decided to adopt his mother’s maiden name as a middle name and became Roy Ward Baker, a decision he would later regret. “I didn’t stop to think that the reputation I had held in films five years ago would now go for nothing,” he wrote in The Director’s Cut. Under either name he proved himself to be one of Britain’s best postwar directors, a prolific and versatile director who proved a dab hand at spooky gothics and a reliable source of fast-paced small-screen entertainment. 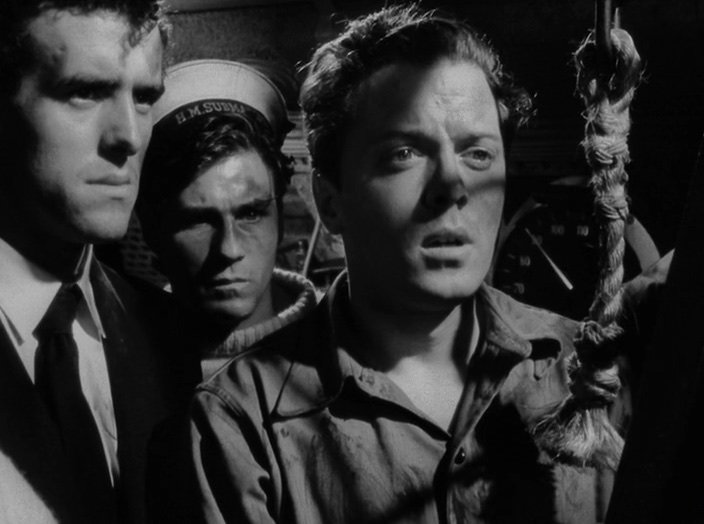 Baker’s fourth film is an example of the sort of atmospheric claustrophobia the director handled so well. John Mills stars as the captain of the submarine HMS Trojan, trapped on the sea bed after a collision with a mine left over from the war. Upper lips were never so stiff as the top notch cast (Richard Attenborough, Nigel Patrick, James Hayter, George Cole et al) sweat it out below and above the waves as a desperate rescue attempt is mounted, all of it filmed with an almost documentary-like attention to detail by Baker. Trojan may have sunk but the film launched Baker’s brief Hollywood career and it would not be the last time that he would tackle the horrors of nautical disaster… 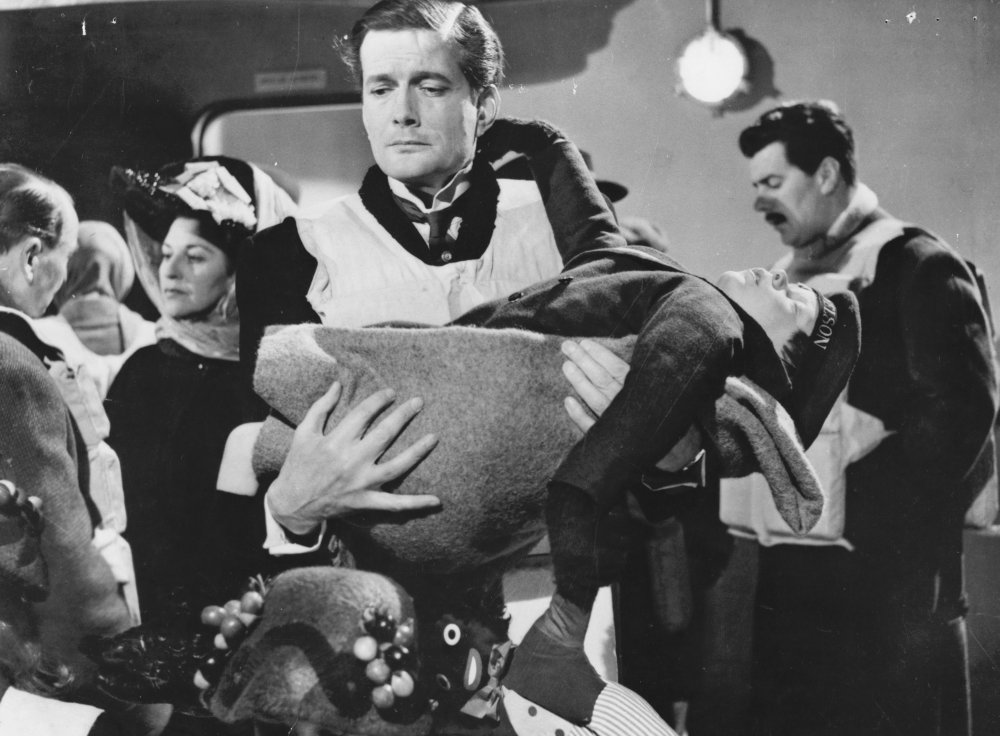 Four decades before James Cameron sank the unsinkable, Baker adapted Walter Lord’s account of the fateful night of 14 April 1912 when the ocean liner Titanic sank in the North Atlantic after a collision with an iceberg. It boasts another first rate cast (Kenneth More, Ronald Allen, Honor Blackman et al) and impressive special effects courtesy of Bill Warrington and uncredited stock footage from Nazi propaganda film Titanic (1943). Though it won the Samuel Goldwyn International Award at the 1959 Golden Globes, the film performed less well than expected at the box office, but it’s still regarded by many as the definitive film version of the disaster and remains Baker’s best known – and most fondly remembered – film.

The Avengers: Too Many Christmas Trees (1965) 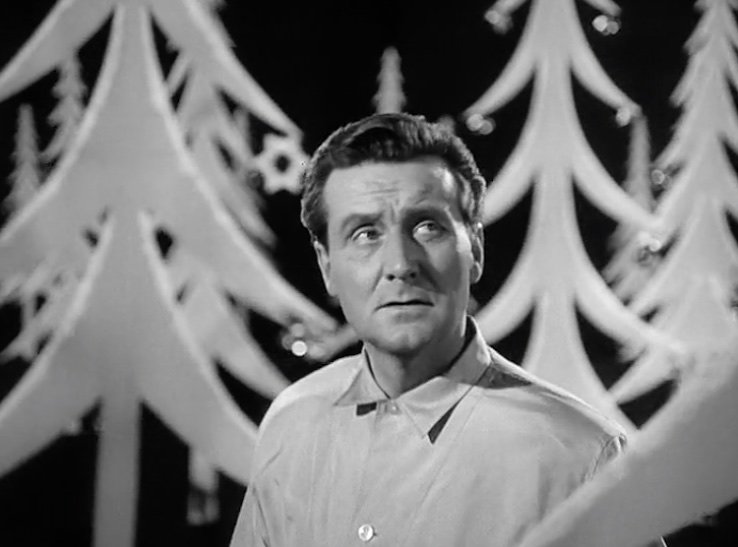 Even by Emma Peel-era standards this fan favourite episode is an odd one. Steed (Patrick Macnee) is haunted by increasingly weird nightmares that then seem to play themselves out in real life, the culprits ultimately revealed to be a group of telepathic foreign agents. Baker shows the first signs of mastering the mechanics of the horror films that were just around the corner with the spooky nightmare scenes and an eerie moment involving Jeanette Sterke’s psychic party trick. With Steed and Mrs Peel (Diana Rigg) at their most playful, and some wonderfully creepy detours into darkened, cobwebbed rooms armed only with a candelabra, it’s perhaps no surprise that the horror genre was awaiting Baker. 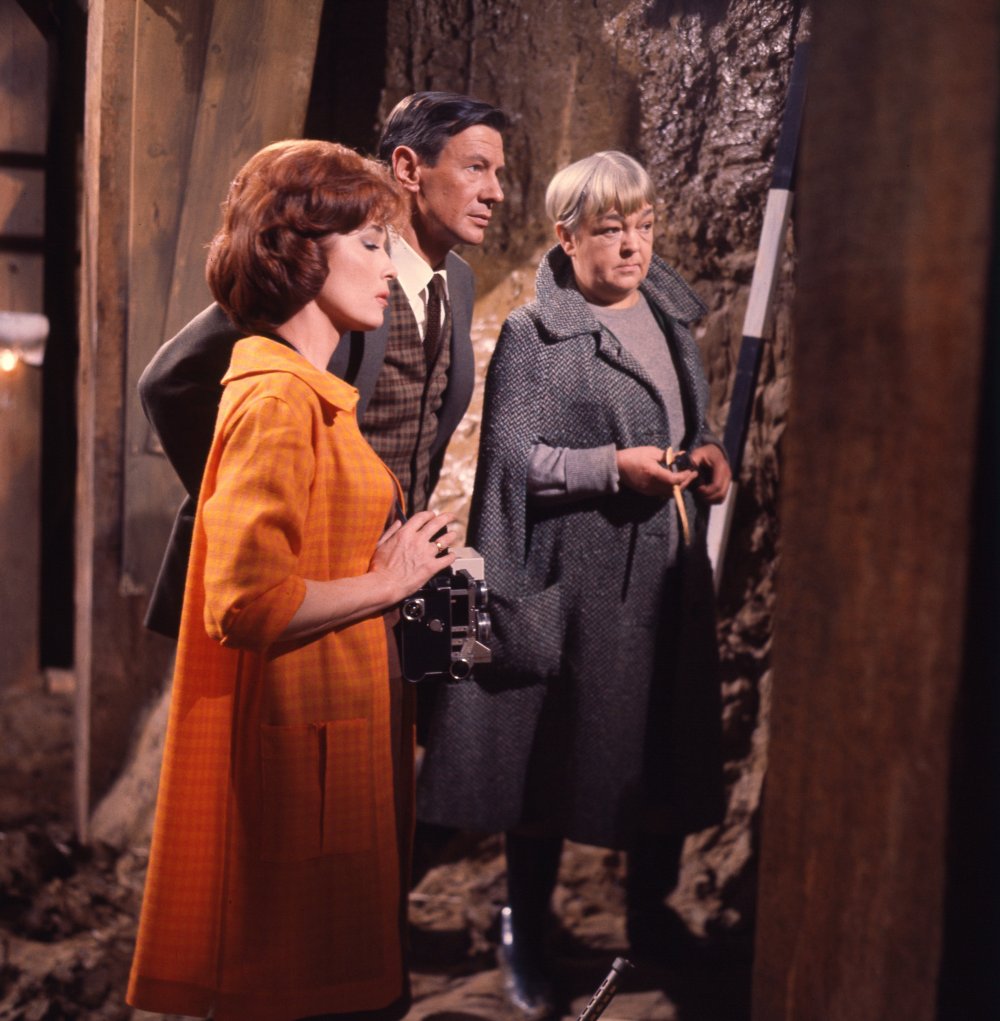 Baker’s first film for Hammer is one of the company’s – and Baker’s – finest achievements, a gripping distillation (by the author himself) of Nigel Kneale’s six-part television serial into a taut 97 minutes. Scenes of Londoners possessed by the ancient race memory of their Martian ancestors psychically eradicating the ‘outsiders’ in their ‘hive’ are some of the most chilling moments Hammer ever filmed. Baker coaxes superb performances from his cast, led by Andrew Keir as Quatermass and James Donald and Barbara Shelley as the archaeologists whose discovery of a buried Martian spacecraft starts all the trouble in the first place. 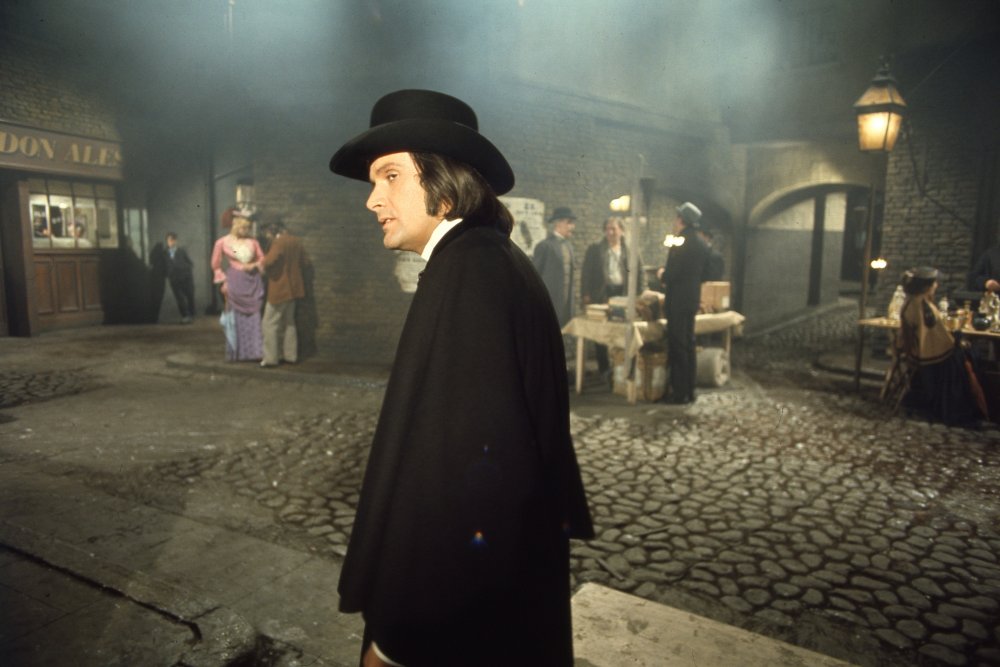 Hammer had already tried their hand at adapting Stevenson’s tale of dual personalities twice, casting Bernard Bresslaw in the comedy The Ugly Duckling (1959) and Paul Massie in a more serious version, The Two Faces of Dr Jekyll, a scant six months later. As the title suggests, Dr Jekyll & Sister Hyde gives the story a gender twist and is the company’s best crack at the durable tale. Ralph Bates and Martine Beswick star as mister and sister respectively, both seemingly fully aware of the plot’s many absurdities. Baker directs with such gusto that those absurdities are easily overlooked anyway. 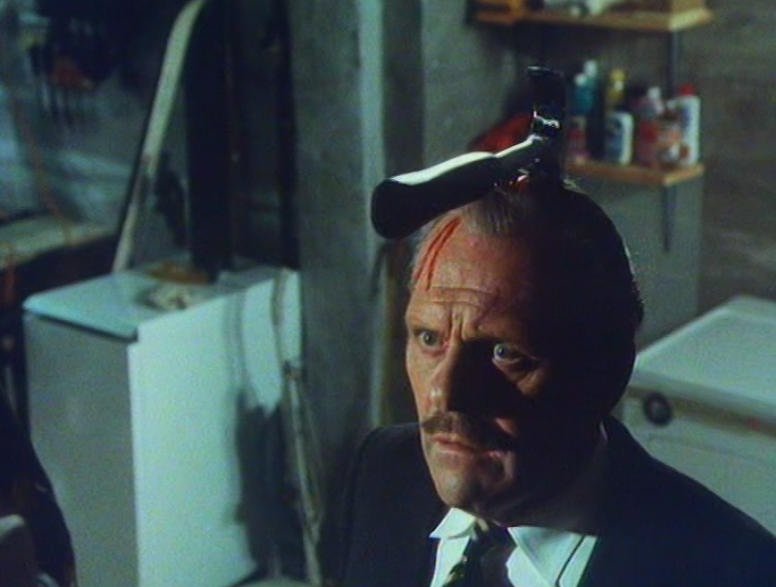 After Dr Jekyll & Sister Hyde, Baker ‘defected’ to the opposition, joining Hammer’s chief rivals in the British horror stakes, Amicus, for a brace of their much-loved anthology films: Asylum (1972) and, the pick of the pair, The Vault of Horror (1973). Five men (Daniel Massey, Terry-Thomas, Curd Jürgens, Michael Craig and Tom Baker) find themselves trapped in the sub-basement of a London office block and pass the time relating troubling dreams involving vampires, dismemberment, magic flutes, burial alive and voodoo. Like all the Amicus anthologies it’s a mixed bag, mainly enlivened by its cast, but the opening tale of small-town vampires and the closer, with Tom Baker as a vengeful artist, are undeniably great fun.

Related to From Quatermass to The Avengers: six of the best by director Roy Ward Baker