Curator Lisa Kerrigan selects highlights from a treasure trove of films from across the 20th century that show places she loves in Northern Ireland. 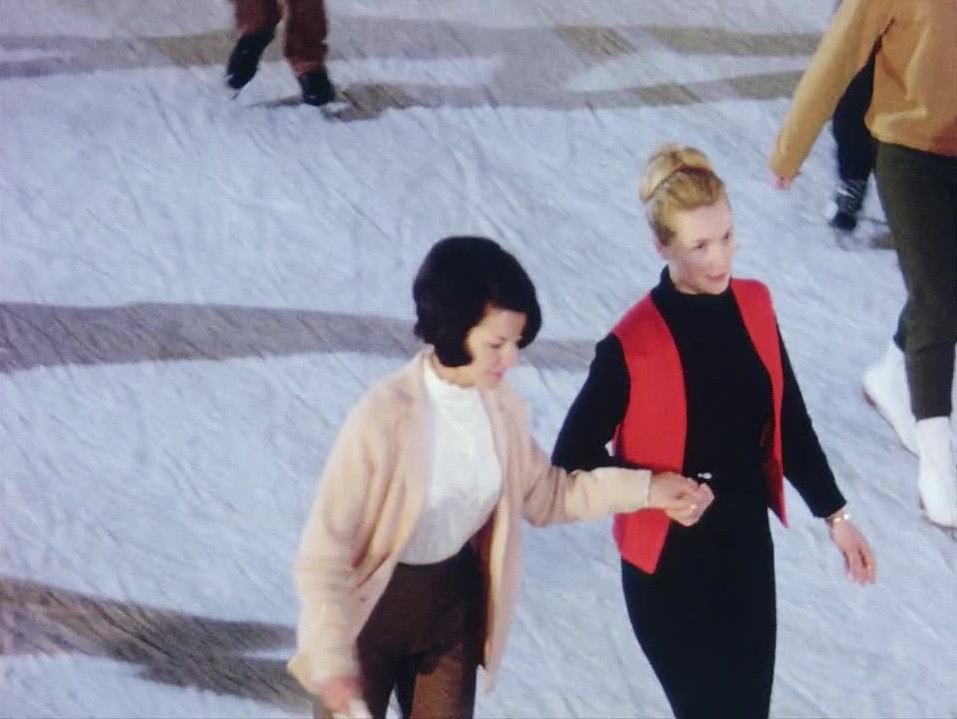 Northern Ireland is currently celebrating its status as a film and television production hub. It provides the Ballardian dystopia in Ben Wheatley’s new feature High-Rise, it’s the setting for rampant police corruption in the BBC’s Line of Duty and, of course, it’s one of the main locations for the epic fantasy series Game of Thrones.

If Northern Ireland is getting to be rather good at playing other places, then Mark Cousins’ film I Am Belfast is a welcome reminder of what a pleasure it is to see on screen the streets and landmarks we know telling local stories and revealing hidden histories. Cousins’ central figure is Belfast herself, embodied in his film in the figure of a 10,000-year old woman (played by Helena Bereen). The film, shot by Wong Kar-wai’s regular cinematographer Christopher Doyle, takes a wistful tour through Belfast, as the woman guides Cousins – who grew up in the city, but left it 20 years ago – around places familiar and changed.

As the woman explains her own history, she says that the character of the city is a combination of salt and sweet. As someone who spent their early school years in Belfast, this seems apt to me: it’s a place of great contradictions, where some of the friendliest people in the world are better known for their collective violent history, where huge metal barriers are called peace lines and the sexiest man in town is actually a serial killer (okay, that’s just in The Fall). 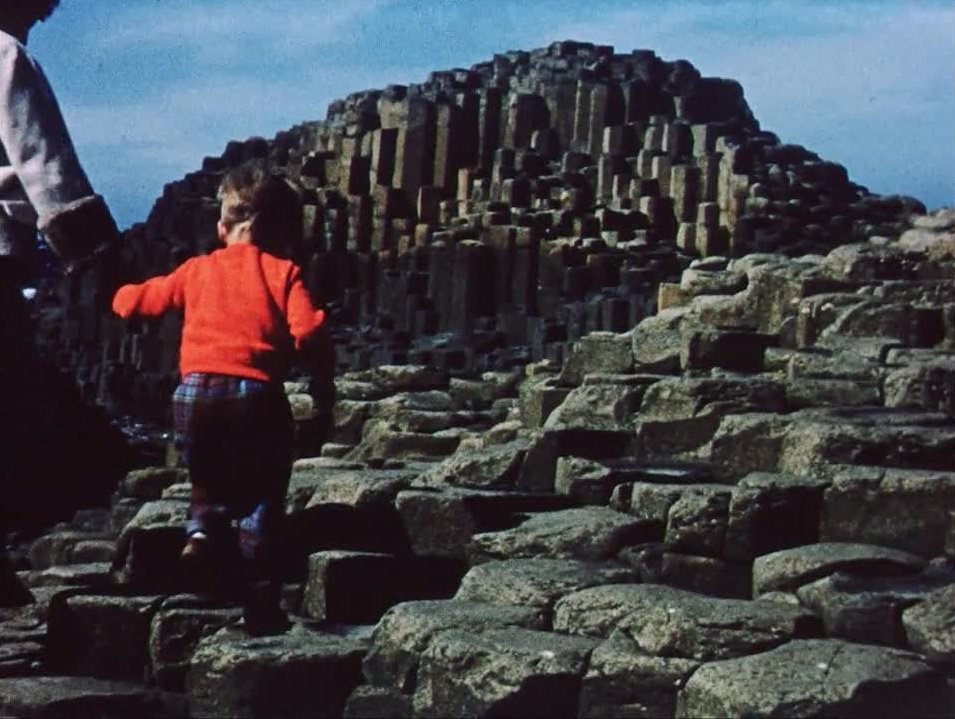 For a long time, the background of the Troubles seemed to inflect almost every visual representation of Northern Ireland. Growing up watching the nightly news and Northern Ireland Office public information films – which often ranged from sinister to terrifying – it seemed difficult to recognise the beautiful but relatively mundane Northern Ireland I knew from the one presented on screen. Delving into our collection of more than 100 Northern Irish titles for Britain on Film has been a revelation; here are familiar streets from the Edwardian era alongside holidaymakers and unusual local celebrations.

These are places we know from times we don’t, and the history shown in these films is as real as anything we might be more famous for. Northern Ireland Screen have contributed a wonderful collection of NI Tourist Board films from the mid-1950s to late 1960s, in which some of our loveliest spots can be seen in glorious colour. Here are some sweet and bittersweet films from around the province.

Before Ulsterbus, horse-drawn trams provided the transport around town, and here is a ‘phantom ride’ film from Edwardian pioneers Mitchell and Kenyon showing well-dressed Belfast shoppers going about their business. There are even glimpses of the grand department store Robinson & Cleaver on the corner of Donegall Place and the Albert Clock.

A very rare sight of the great and fascinating ship – that magnificent achievement of Belfast craftsmanship destined to end up at the bottom of the ocean. Here Titanic can be seen in dock next to what is now home to the Titanic Belfast experience.

A rather twee and unintentionally comic take on the province by the Governor, Lord Wakehurst, this film was edited for BBC television and broadcast to mark the opening of the Divis transmitting station in 1955. The Governor gives a potted history of Ulster, “for those of you who don’t know the set up”, and as he describes how “in the highland regions you find small dark folk”, I found myself wondering if he might be talking about my family, since our surname is originally derived from an Irish word for dark or black – and we are quite diminutive. However, The Governor’s Notebook does have great street scenes and features a visit from the Queen.

Previously unseen colour rushes from the film are also available to watch.

From the collection of Northern Irish Tourist Board rushes, this film shows off some of the north coast’s most well-known attractions, including Giant’s Causeway and Dunluce Castle, which was supposedly the inspiration for Cair Paravel in C.S. Lewis’s The Chronicles of Narnia. The rushes continue with scenes of Portstewart, the place I most often call home, and the film shows swimmers in the Crescent and holidaymakers on the Strand. The final shots capture what was once O’Hara’s Castle but since 1917 has been Dominican College. Everything from the harbour sweeping up the promenade looks much the same today – which is to say, beautiful.

Holywood May Queen and Maypole Dance (1958)

This gorgeous May Day celebration stars the only surviving maypole in Ireland, which is still the site of annual celebrations in Holywood. Here the crowds gather to see the May Queen and watch the dancing around the maypole – a cheeky jester completes the scene. Down in Kilkeel the inaugural Prawn Festival a few years later looks to be just as much fun…

The King is flanked by the Down Dairy Princess and Ulster Dairy Queen, and a further reminder of our pride in dairy produce pops up in rushes from the Lord Mayor’s Show, with a fine array of floats, including one which promises ‘Beauty in Milk’. The Prawn Festival is now the Kingdom of Mourne Festival, and I think we’ve given up on dairy pageantry in recent years. These celebrations are slightly different to the sorts of parades we’re used to seeing, but there are plenty of those in the collection too:

On a final leisurely note, there are scenes of ice skating at the long-gone rink in the King’s Hall, which is easily recognisable by its windows. The kids in these rushes seem to be having as much fun as I did going to Funderland in the same spot 30 years later.

Though the legacy of the Troubles persists, and it still seems fitting that the world’s most popular television drama about warring clans should be filmed here, exploring the variety of films and programmes in Britain on Film reminds me of all the aspects of life that make up the character of Northern Ireland – the intense love of sport, an appreciation for the wild landscape, a powerful industrial heritage, and a wry sense of humour. For anyone like me who has long since left, it is wonderful to see these small pieces of home.