We celebrate one of the Britain’s biggest film stars of the 1940s. 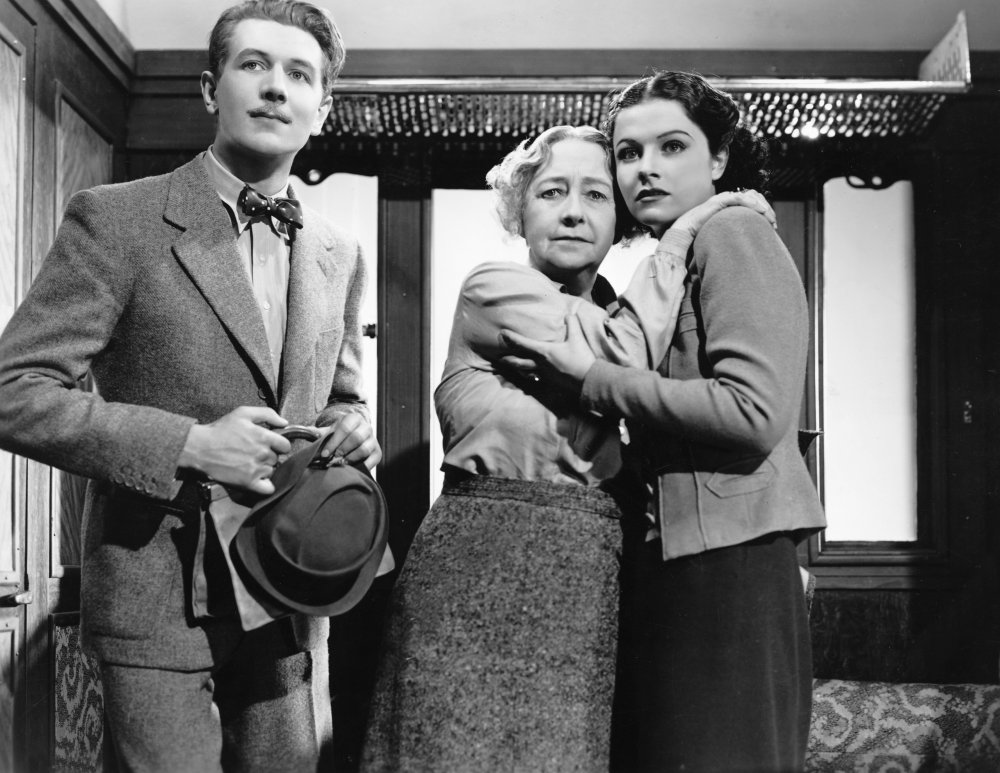 Seventy years ago, the British film industry’s comparatively modest version of the Hollywood studio system meant that the national cinema had not, like MGM alone, “more stars than there are in heaven,” but enough to make up a small glittering constellation. The immense popularity of women’s melodramas produced by Gainsborough Pictures made Lime Grove Studios (which became the company’s wartime berth after production at Islington Studios was suspended) stardom’s epicentre: it was the workplace of Phyllis Calvert, Stewart Granger, Jean Kent, Margaret Lockwood, James Mason, Michael Rennie and Patricia Roc. 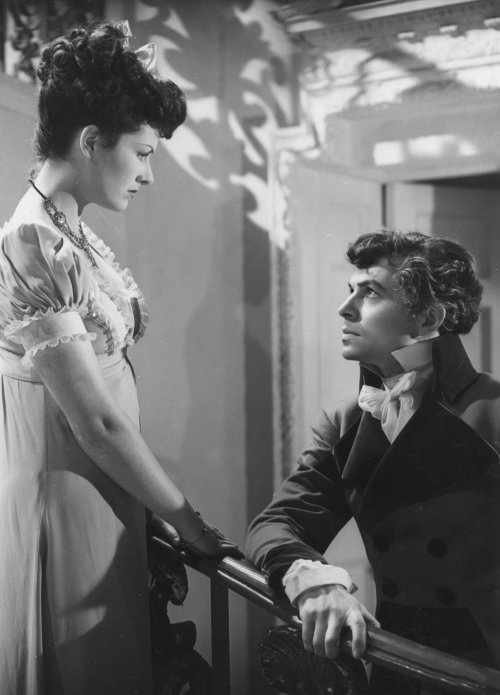 Had Lockwood’s Darjeeling-born brunette rival Vivien Leigh, a voracious careerist, focused less on theatre – which allowed her five 1940s films only, compared with Lockwood’s 19 (and a TV Pygmalion) – she would have likely eaten into Lockwood’s CV. Yet much more than Leigh, especially after Scarlett O’Hara, Lockwood was the kind of girl you’d want to walk home from the pictures in the blackout, or, if you yourself were a girl, walk home with arm-in-arm, dodging puddles and drunken conscripts.

Leigh was a great classical actress and a member of Hollywood and West End royalty, but Lockwood was one of us. Her RADA-trained voice was posh, of course, but not supercilious. Her gentle beauty was heightened by different degrees of melancholy in Bank Holiday (1938) and The Lady Vanishes (1938), undimmed by her playing an indolent, pouting trollop in The Stars Look Down (1939), and coarsened by the twisted thoughts of her Regency-era social climber Hesther in The Man in Grey (1943), her highwaywoman Barbara Worth in The Wicked Lady (1945), her psychopathic title character in Bedelia (1946).

Lockwood’s lips and upper chin tense Joan Crawford-style when her more heinous characters’ covers are blown, but not at the cost of audience empathy. Her likeable core personality made her characters, whether good or evil, easy for women to identify with. Whereas the vulnerability and sentimentalism exuded by Calvert and the hard-edged sexuality or selfishness of the Roc persona were discrete qualities, Lockwood demonstrated a capacity to range through conflicting emotions, especially in Gainsborough films, which explored and exploited women’s needs and desires.

In Love Story (1944), a florid romance about the need for self-sacrifice during wartime, Lockwood plays Lissa, a concert pianist who cannot become a Women Air Force Service pilot because she has a weak heart. Believing she will die, she gives up her lover Kit (Granger) to an actress, Judy (Roc), who is mounting an outdoor production of The Tempest on a rugged Cornwall coastal spot. Prior to leaving, she bravely performs for the play’s audience her welling ‘Cornish Rhapsody’ (written for the film by Hubert Bath and made famous by it) while Kit is having a life-threatening operation to save his sight – and because Judy is too distraught to go on. As Lissa plays, she experiences anguish, regret, and rapture, her pain sometimes indistinguishable from orgasmic ecstasy. While it’s hard to imagine Carey Mulligan or Keira Knightley being asked to offer up a Romantic paean to life within a few minutes, the demand on Lockwood made sense during the “live for now” atmosphere of World War II and she pulled off the flow with sustained intensity.

The flow of performances by Lockwood in the 1940s meanwhile amount to a consistent grappling and overcoming of victimhood. In Bernard Knowles’s The White Unicorn (1947), she and Joan Greenwood were cast as women of different social backgrounds – a warden at a home for delinquent girls and a troubled teenage mother – whose reminiscences reveal that female suffering is endemic. 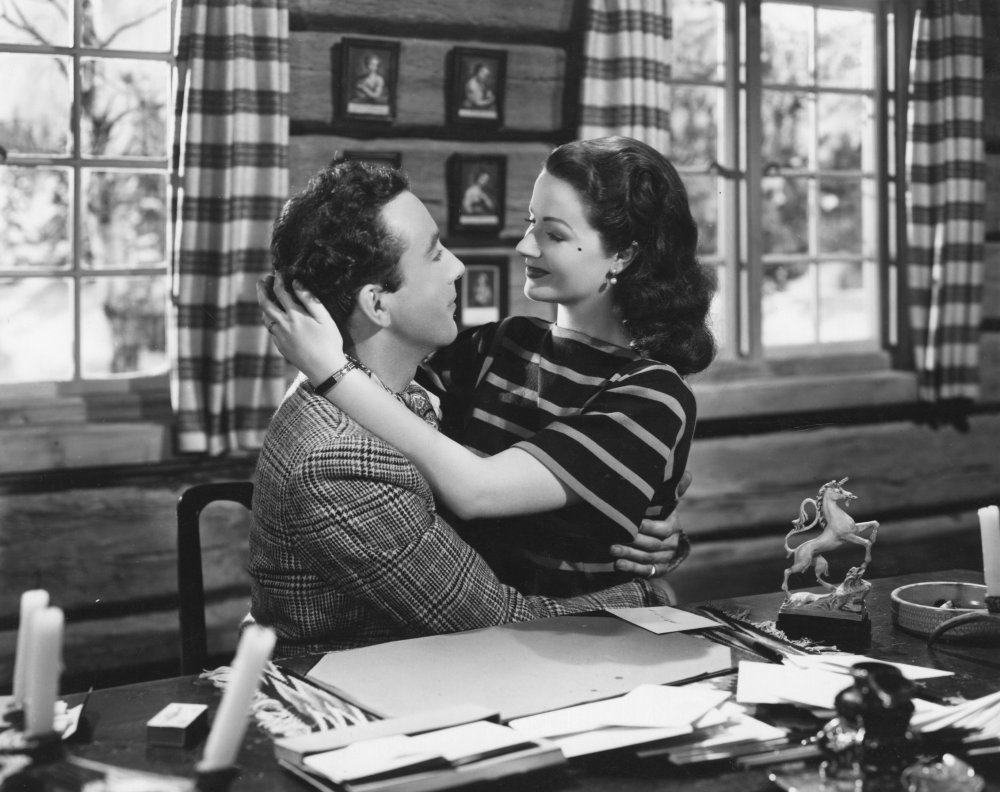 The title of The Lady Vanishes is thought to refer to the kidnapped British spy Miss Froy (May Whitty), but it is the prim lady in Lockwood’s Iris Henderson that vanishes under the influence of Michael Redgrave’s charming musicologist with his battery of phallic symbols. The last flickers of virginal sweetness in Lockwood’s persona were extinguished by her portrayals of Hesther and Barbara Worth in morally ambivalent films based on novels by women.

“Did anyone tell you what a slut you are?” Granger’s Rokeby says to Hesther in The Man in Grey, before slapping her; the accusation doesn’t perturb her since she uses sex to rise in society. Barbara insouciantly dons the costume and pistols of a villainous male archetype associated with sexual conquests: the assumption of a highwayman’s costume connotes both women’s assumption of dangerous jobs formerly done by men and their liberation as sexually independent beings, both products of the war. When Barbara smothers the godly old servant (Felix Aylmer) who’s lingering on after drinking her poison, she was speaking for all mid-40s women who were impatient to dispense with patriarchal cant.