In praise of Forest Whitaker in Jim Jarmusch’s Ghost Dog: The Way of the Samurai

A hip-hop movie, a mob movie, a martial arts movie – Jim Jarmusch’s Ghost Dog: The Way of the Samurai, starring Forest Whitaker as a pigeon-loving street samurai, is a beguiling mash-up of styles that broke all the rules. 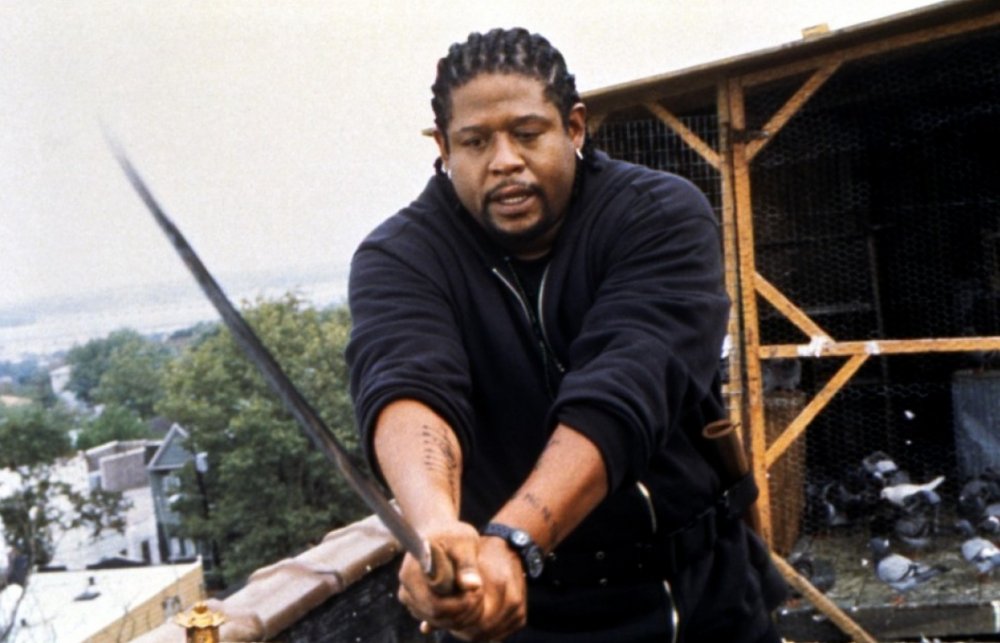 Buy tickets for Ghost Dog: The Way of the Samurai at BFI Southbank

When I first saw Ghost Dog: The Way of the Samurai, Jim Jarmusch’s urban crime-drama about a self-styled samurai who’s fond of pigeons, my eyes widened and my jaw slackened. Here was a hip-hop movie, a mob movie, a martial arts movie, all rolled into one. Different genres twirled together like spaghetti. I was 15 years old and I honestly didn’t know what to make of it. But I knew it broke all the rules. And that excited me.

In the genre-bending film, Forest Whitaker plays the eponymous street samurai who lives by an ancient Japanese warrior code. He lives on a rooftop with his pigeons and, though he keeps himself to himself, is deeply respected in the community (“Ghost Dog, knowledge to knowledge, baby,” a street gang salutes him). 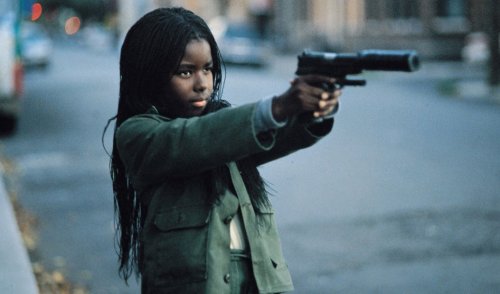 His ‘master’ is a shady mobster who once saved his life. To show his gratitude, Ghost Dog performs a number of untraceable hits, one of which leads the wider mob family to turn on him. They have no idea who they’re dealing with, however. This is Ghost Dog. With his quiet bring-it-on demeanour, the silent assassin casually takes them down one by one, as if all in a day’s work.

On paper, that probably sounds like a Steven Seagal shoot-’em-up. But the film’s resistance to bang-bang-bang titillation is part of the reason why I love it. For a start, Ghost Dog is not your regular hitman. He’s a bookworm, he loves chocolate ice cream, and he talks to pigeons as if he can read their minds. Yes, he’s a killer, but he’s a loveable killer. He’s soft, gentle, totally huggable – his best friend Raymond even compares him to a big bear – yet won’t think twice about pulling the trigger.

Casting Whitaker as Ghost Dog was genius because he embodies that contradiction: the physically imposing figure who’s oddly elegant and sensitive. It’s a quality Whitaker has always had – a unique presence – yet it’s something few filmmakers have leaped on like Jarmusch, who wrote the one-off part especially for the actor. 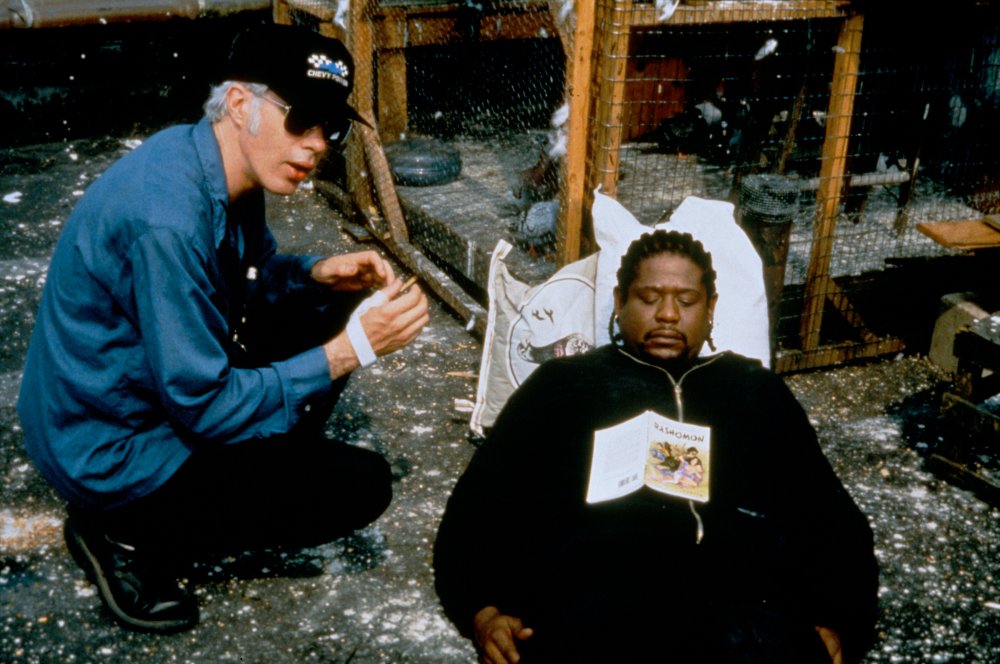 Jim Jarmusch and Forest Whitaker filming Ghost Dog: The Way of the Samurai (1999)

For me, it’s impossible to imagine anyone else embodying that character and the iconic look: the chunky gold medallion, the cornrows, the dark hoody, the briefcase. And, crucially, what would Ghost Dog be without Whitaker’s endearing lazy-eye glare?

That’s not to mention the actor’s humorously deadpan moments, often overlooked in Jarmusch’s film. For example, Ghost Dog is po-faced in everything he does, with his strict samurai code and his emotionless expression, yet there’s something hilarious about the way he swings his gun like a sword (kung fu sound effect included) before returning it to his hip. He may be a humourless hitman but the way he swooshes his pistol around always makes me chortle.

Then there’s the music, which I’ve been listening to on and off since I first saw the film 14 years ago. Courtesy of Wu-Tang Clan head honcho RZA, it’s the glue that binds everything together. His score is densely layered: abrasive beats and looped samples of oriental cymbals crash in the ‘Flying Birds’ theme, as though ancient Japan had been filtered through a hip-hop lens. It’s raw, hypnotic, and neatly encapsulates the film’s strange blend of disparate cultures. 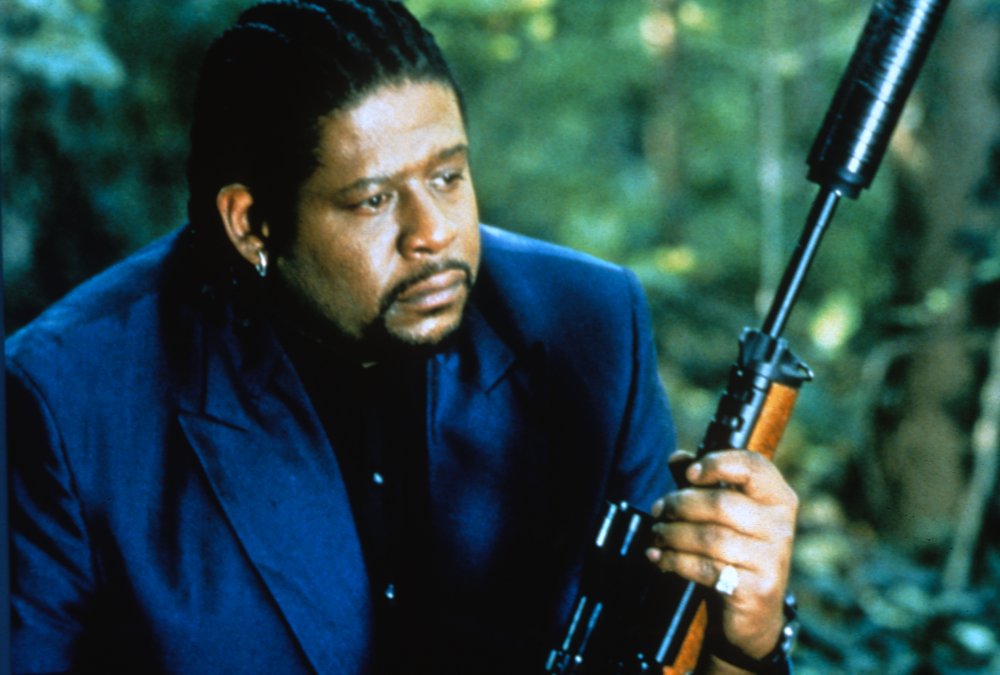 As a 15-year-old, I was fascinated by Whitaker’s laconic loner and that odd fusion of genres and character types (have you ever seen a film about a hitman who reads Frankenstein, or mobsters who watch nothing but cartoons?). And, of course, there was that atmospheric score. But there was something else about it, too. I’m convinced, now, that the source of my intrigue lies in something the filmmaker himself said: “The beauty of life is in small details, not in big events.”

Watching the film today, I think it’s those tiny details – the film’s curious particulars – that reel me in: Whitaker listening to experimental saxophone music in a Lexus, the dog that evil-eyes him for no reason, the half-built boat on the rooftop.

These details didn’t exist to drive the plot forward, yet they piqued my curiosity and made me look for deeper significance. Fourteen years after I first saw it, Ghost Dog still has that out-of-the-blue brilliance. It’s still mysterious to me. And, partly because there are so few films like it, it’s impossible to truly pin down. Knowledge to knowledge, Ghost Dog.

Related to In praise of Forest Whitaker in Jim Jarmusch’s Ghost Dog: The Way of the Samurai