Buck Swope: See this system here? This is Hi-Fi… high fidelity. What that means is that it’s the highest quality fidelity.

Black masculinity is something that’s easily misrepresented in cinema. From the beginning of cinema, most notably with controversial works like D.W. Griffith’s The Birth of a Nation (1915), many filmmakers have tried to paint black men as violent, sexual deviants, addicts or neglectful fathers – often in the same package – to name but a few stereotypes.

I was reminded of just how great Cheadle’s performance is after watching Barry Jenkins’ Moonlight at this year’s London Film Festival. In Moonlight’s final act, Trevante Rhodes, as main character Chiron, shows us a black man who’s painfully uncomfortable both in his identity and his body. Viewing this performance took me back to one of the most heart-wrenching moments in Boogie Nights (not an easy pick in a film that’s melodramatic from start to finish): the simple image of Buck sitting at a New Year’s Eve party, dressed in Nile Rodgers-style disco garb. While both Chiron and Buck are dressed to the pinnacle of fashion, their eyes and posture communicate a well of sadness. 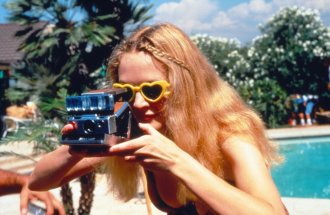 Why is Buck so uncomfortable in his own skin? He represents three stereotypes of hyper-masculinity – he is a black man, a porn star and, despite protestations by his friends that the look was “over six years ago”, a cowboy. Even his name, Buck, is shared with a stereotype of the virile young black man. Yet Cheadle takes a character who should be at ease in his identity and imbues him with so many neuroses that he steals every scene that he’s in. Cheadle’s performance manages to tell us something new about black masculinity and the roles that a black man must perform to fit into white society.

Buck’s cowboy outfit is a crucial element of the character. Of Buck’s costume, Anderson says on the film’s DVD commentary: “I find cowboys funny, and I find black cowboys funny.” But Cheadle, with his wide sad eyes and narrow frame, brings more pathos than comedy to the costume choice. With another actor playing Buck, the line “What kind of a brother are you, anyway?”, delivered by Buck’s boss at the stereo store after he dances to country and western music to try and nail a sales pitch, might be served with a throwaway reaction shot, but when reacted to by Cheadle we’re able to gauge that this is yet another micro-aggression stacked on top of a big pile.

There’s so much going on in the film, both technically, with Anderson’s complex tracking shots, and plot wise, with a cast that includes the aforementioned Wahlberg and Reynolds alongside a young Philip Seymour Hoffman and Julianne Moore. So it would have been easy for Cheadle’s performance to get lost in all the chaos. Alfred Molina’s audacious cameo as mixtape-making, gun-toting loose canon Rahad Jackson is now infamous, but that’s probably because it’s a showy affair. By contrast, Cheadle’s performance is about the little details: the skittish body language, guarded line delivery and of course his defining feature, those wide sorrowful eyes.

Anderson gives his characters as close to a happy ending as he can. But during the film’s final montage, it’s Buck’s happy ending that I look out for the most. All the characters in the film have been through the ringer enough to deserve a better life, but it’s because we’re placed so deep inside Buck’s internalised sadness each time we see him that I feel he deserves happiness the most.

When Buck finally achieves his dreams of opening a stereo store and starting a family (albeit through money acquired in a typically Anderson-esque traumatising incident), and we get to see that smile, it’s because Cheadle’s taken us on a journey with his performance. All that from a supporting character dressed as a cowboy.