A ground-breaking new documentary uses archive film to tell the story of the deaf community’s fight for civil rights in the UK. 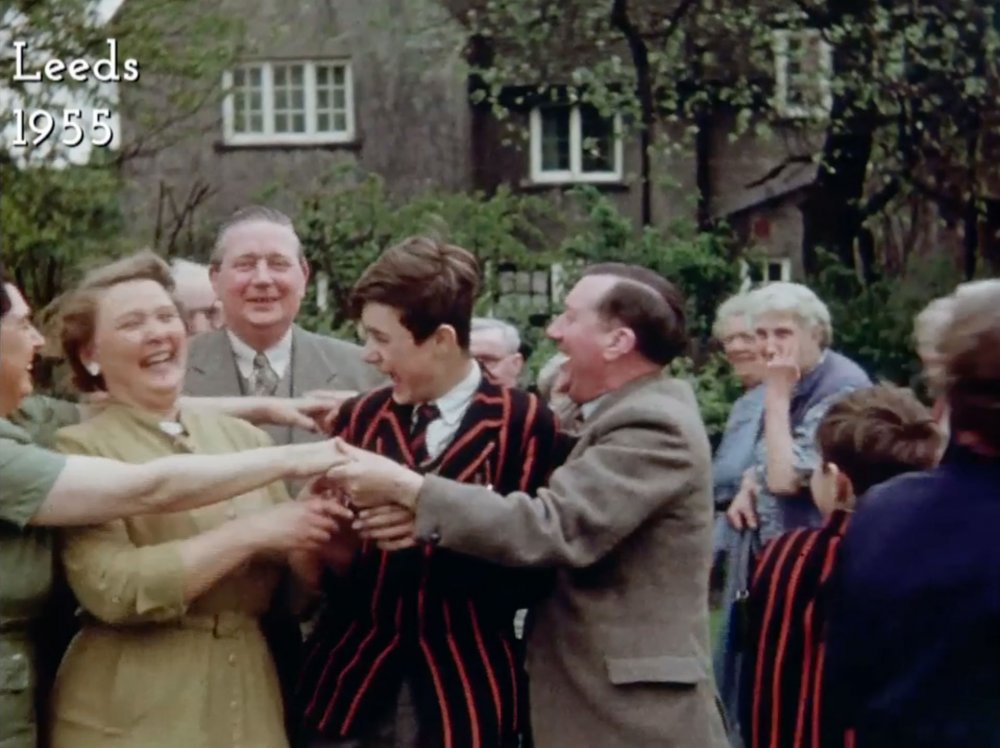 The above quote by the charismatic deaf ‘missioner’ Leslie Edwards encapsulates the defiant spirit that resonates through this groundbreaking project. Power in Our Hands draws on the British Deaf Association’s (BDA) unique film archive to tell the story of Britain’s deaf culture, community and language – from the early days of well-meaning missioners who fought the corner of deaf people to the politically engaged deaf activists of the 1970s who’d been inspired by the American civil rights movement. At the centre of their protracted struggle for equal rights has been the campaign for the official recognition of British Sign Language (BSL). It was finally recognised as a minority language by the government in 2003 – a landmark breakthrough for the community.

Thankfully the BDA recognised that film was the best way of preserving BSL and deaf culture for future generations and actively encouraged people to document their everyday experiences at work or socialising at deaf clubs as well as other community events and campaigns. The results are showcased in Power in Our Hands, and beautifully woven into a coherent and moving narrative. The film brims with wonderfully vivid scenes and entertaining accounts from some of the people who were present at gatherings where “deaf people began to question hearing control”, in the words of one of the participants. 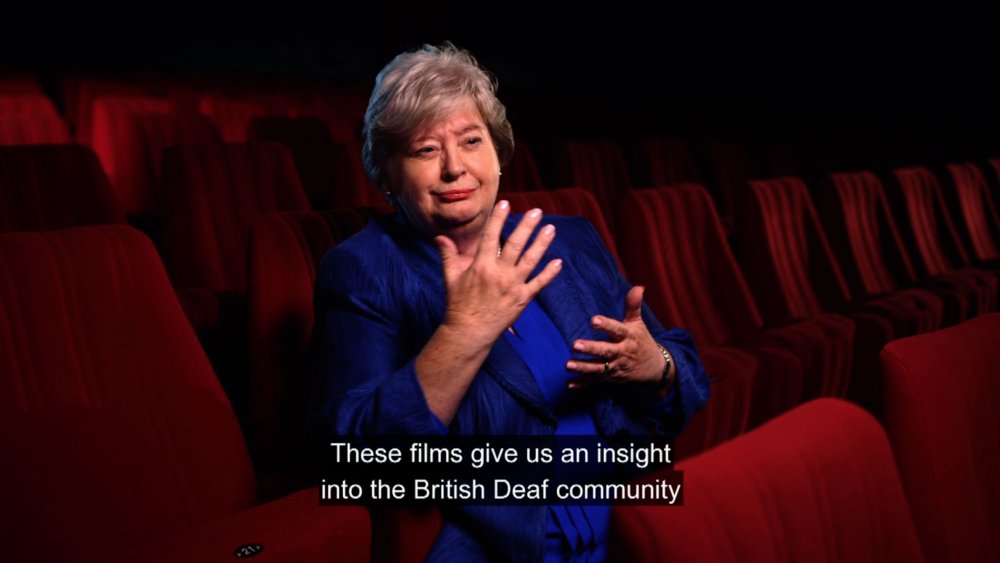 Among the collections of the BFI National Archive are a variety of documentaries which also reflect changing attitudes to deafness in British society. These include two films that focus on teaching of deaf children:

While these two films are somewhat dated in terms of the politics of the subject, they are fascinating as evidence for what was considered to be progressive practice at the time. At the same time, the contrasts between the two films, in terms of technique and attitude, are striking. 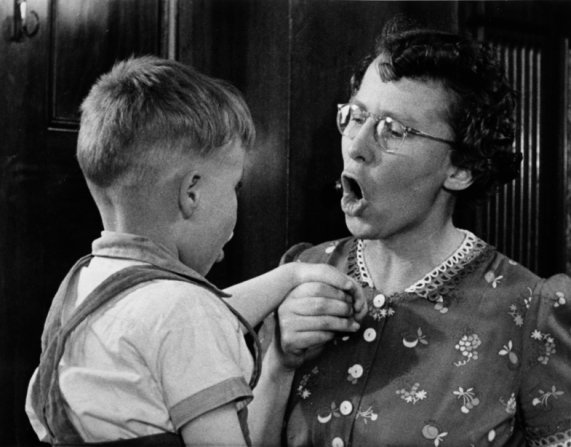 Education of the Deaf was funded by the British Council and filmed mainly in Greater Manchester by a film cooperative known as the Documentary and Technicians Alliance (DATA), which was the UK’s first film cooperative. Staffed mainly by staunchly left-wing idealists – although in practice they were restricted by the nature of funding to generally mainstream subjects – they became best-known for the Mining Review series of newsreels sponsored by the National Coal Board.

At this early stage in the cooperative’s history, it had more luck than later in being able to work on more progressive, social subjects, however dated some aspects of the film may appear today. At nearly 50 minutes it is much longer than typical documentaries, which tended to clock in at about 20 minutes (It was also released in a shortened form under the title Triumph over Deafness).

Although certain scenes have clearly been staged, the extent to which the film sticks to an observational approach is unusual for the time. The film’s cameraman, Wolfgang Suschitzky, recalls that the production team could not afford synchronised sound on film and therefore, like most documentaries of the era, it was shot silent and the sound post-synched – so skilfully that it’s barely noticeable. Suschitzky went on to an illustrious career as a cinematographer, probably most famously on the feature film Get Carter (1971).

The film was well reviewed and probably received quite extensive distribution both in the UK and abroad, mainly on the 16mm film format. 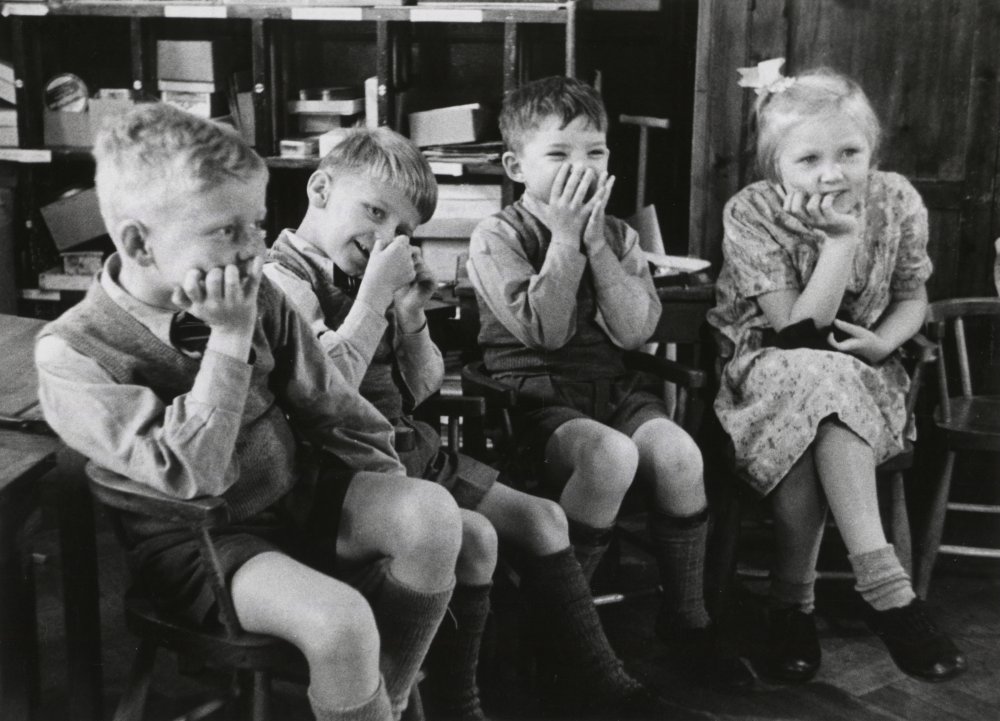 Thursday’s Children remains better-known today and one of its directors, Lindsay Anderson, later became famous in theatre and for films such as This Sporting Life (1963) and If…. (1968). It was co-director Guy Brenton who had the idea for the film and approached Anderson to suggest that they make it together. Unlike Education of the Deaf, Thursday’s Children was independently financed, not made for a sponsor, and it was unable to gain distribution until it won an Oscar for best short subject in 1954.

The film’s interest in people on the margins of society, in this case young children attending the Royal School for the Deaf in Margate, may now be outdated in terms of the modern politics of deafness, but it remains undeniably affecting. Richard Burton speaks a much more consciously poetic script, than the clear and informative narration of Education of the Deaf. It would probably have seemed at the time to be a much fresher film, in terms of its artistic style. It is a question, and one for debate, where that places the film in terms of on-screen representation of deaf and hard-of-hearing people. You can consider this for yourself on the BFI DVD Shadows of Progress.

Another title worth mentioning is Together, a semi-documentary made by Italian director Lorenza Mazzetti and Denis Horne with the support of the newly-formed BFI Experimental Film Fund. Based on Horne’s tragic short story ‘The Glass Marble’, Together concerns the experiences of two deaf dockers (played by Mazzetti’s artist friends, sculptor Eduardo Paolozzi and painter Michael Andrews) in London’s war-ravaged East End. Mazzetti was a student at the Slade School of Art at the time and her talent didn’t go unnoticed by Lindsay Anderson, who agreed to help edit the film and add the soundtrack. 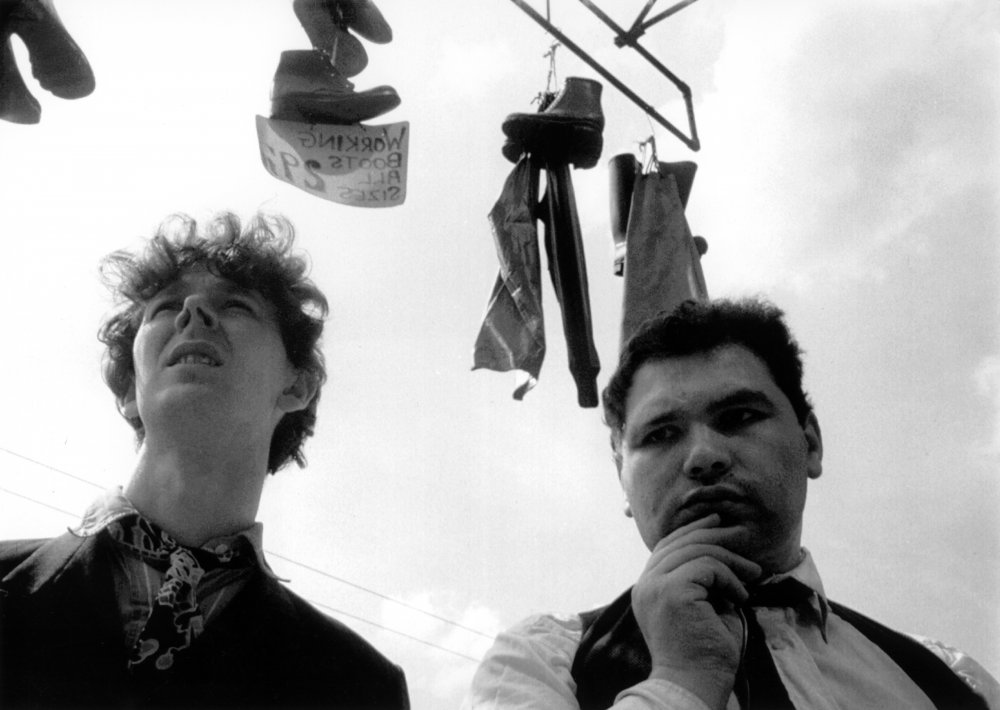 The BFI initially authorised a ‘mute’ version of the film, with the rest of the funds to come if it was good enough. Anderson asked John Fletcher and Walter Lassally to shoot a few additional scenes and Together was completed in January 1956, in time to be included in the Free Cinema programme at the National Film Theatre in London in February 1956, along with Tony Richardson and Karel Reisz’s Momma Don’t Allow and Anderson’s own O Dreamland. It was such a sensation that Mazzetti appeared on BBC’s Panorama twice in a fortnight.

Together was selected as one of two British short film entries for the Cannes Film Festival, where it screened to great acclaim. It was later given an unusual (for a documentary) five-week run at the Academy cinema in London. Together is available to watch for free online on BFI Player and is included in the BFI’s Free Cinema (3-DVD box set).