A potted history of the end of the world (on screen)

The end is nigh, and we can’t get enough of it. Stephen Fingleton’s The Survivalist is just the latest proof that cinema’s enduring fascination with apocalypse is alive and well. 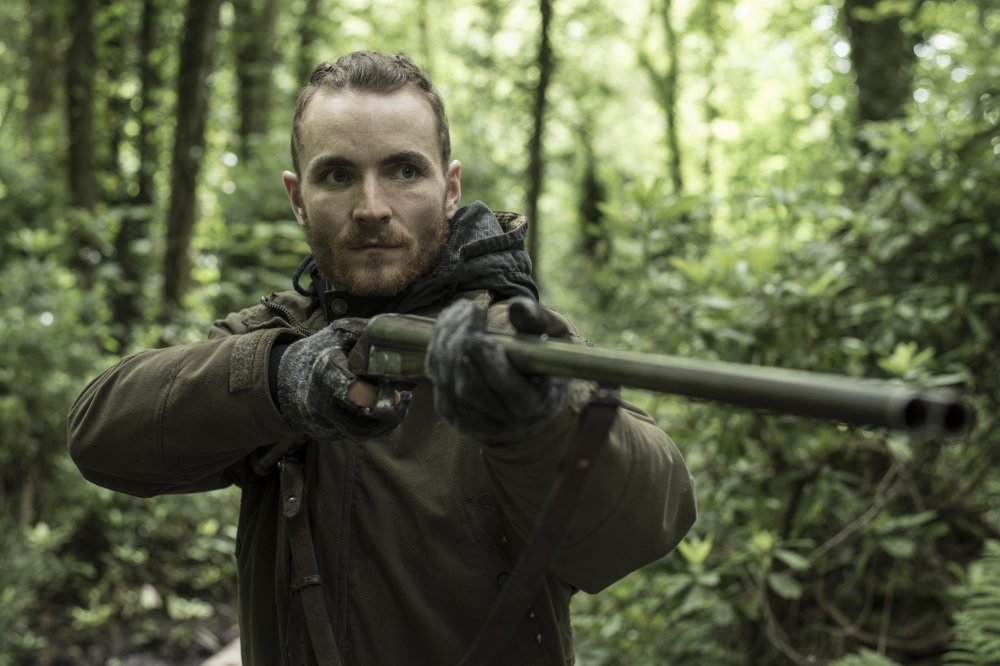 The Survivalist, backed by the BFI Film Fund, is in cinemas and on BFI Player now

Ever since the earliest moving picture pioneers began to commit humanity’s greatest endeavours to celluloid, filmmakers have also been using the medium to explore the mechanics of our downfall. For well over a century, visual storytellers have used fictional narratives to predict just how mankind will face extinction; indeed, there are so many doomsday scenarios out there that it’s impossible to draw on them all here. While the stories of our demise may have evolved over the years, however, our obsession with our own inescapable fatality remains fundamentally unchanged.

Despite the carnage of the First World War, most of the apocalyptic films in the first three decades of the 19th century were convinced that the death blow would be delivered by Mother Nature herself. Danish director August Blom’s The End of the World (1916), for example, sees a comet passing too close to earth and sparking global breakdown, while John G. Blystone’s The Last Man on Earth (1924) has a virus wipe out all men over the age of 14, except the eponymous hero. In Felix E. Feist’s Deluge (1933), a massive flood wipes the USA off the map, while Abel Gance’s La Fin du monde (1931) deals with another incoming comet – and, tellingly, the treason trial of the scientist who reports it. 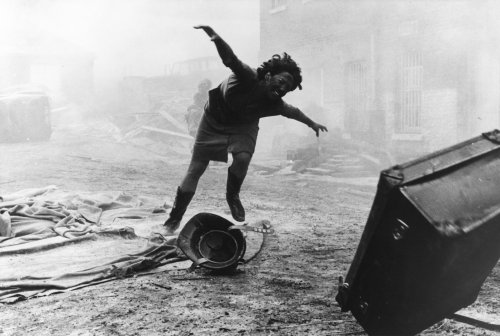 The raging of the Second World War and the emergence of nuclear weaponry, however, brought a clear understanding that mankind had the potential, and the motive, to destroy itself. Films which began to emerge after the 1945 Hiroshima bombing dealt explicitly with life after nuclear apocalypse, including Arch Oboler’s Five (1951), Roger Corman’s Day the World Ended (1955) and Stanley Kramer’s On the Beach (1959).

The trend continued in the decades that followed, fuelled by the development of increasingly far-reaching missiles, biological warfare and cold war paranoia. Shue Matsubayashi’s The Last War (1961), for example, imagines a nuclear war between Japan and the USA, and ultra-realistic documentary-style films like Peter Watkins’ The War Game (1965), Nicholas Meyer’s The Day After (1983), Mick Jackson’s Threads (1984) and Jimmy T. Murakami’s animated When the Wind Blows (1986) terrified audiences. As weapons of mass destruction remain a constant threat, so modern films continue to mine the potential of military annihilation, such as Chris Gorak’s Right at Your Door (2006), Xavier Gens’ The Divide (2011) and Tom Harper’s War Book (2014). 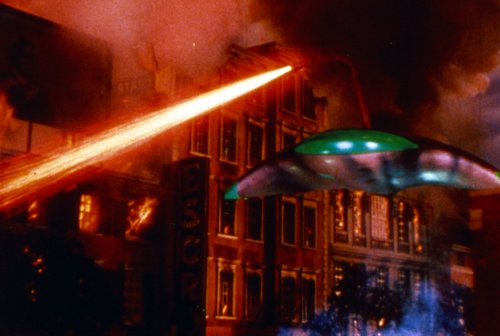 Along with an increasing obsession with man’s inhumanity to man, from the 1950s onwards filmmakers have also been concerned with an extraterrestrial threat. As the dawning of space exploration gave rise to uncertainties about exactly what lay beyond the stars, malicious alien invaders began to take the place of errant comets. In films like Byron Haskin’s adaptation of H.G. Wells’ The War of the Worlds (1953), Irvis S. Yeaworth Jr’s The Blob (1958) and Antonio Margheriti’s Battle of the Worlds (1961), and TV shows like BBC flagship Doctor Who (launched in 1963), aliens were seen not as curious galactic tourists but villains hell-bent on our destruction.

Otherworldly invaders were also shown to have the capacity to seep undetected into human consciousness. Don Siegel’s Invasion of the Body Snatchers (1956) sees them assimilate humans and turn them on each other; a theme also common to the zombie genre, which was kickstarted in 1968 by George A. Romero’s Night of the Living Dead and continues with unstoppable bloodlust to this day. 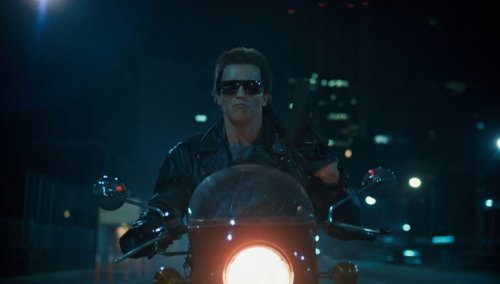 While putting a man on the moon was undoubtedly man’s greatest achievement, filmmakers have been cautious about unchecked scientific and technological advancement. Joseph Sargent’s Colossus: The Forbin Project (1970) sees a supercomputer run riot, while both James Cameron’s The Terminator (1984) and the Wachowskis’ The Matrix (1999) present worlds devastated by sentient computers who have risen up against their human creators.

While the nuclear, intergalactic and technological threats continue to rage, since the 1970s there has also been a sense that we are destroying the world for our own selfish ends. Just as Douglas Trumbull‘s Silent Running (1972), Richard Fleischer’s Soylent Green (1973) and George Miller’s Mad Max (1979) explored the rampant devastation of the Earth’s natural resources, so more recent films like Rachel Talalay’s Tank Girl (1995), M. Night Shyamalan’s After Earth (2013) and Joseph Kosinski’s Oblivion (2013) continue to be concerned with the damage we are wreaking on our home planet.

It is somewhat ironic, then, that during the 1980s and 90s the apocalypse movie was repackaged as an audience thriller, with increasing budgets and bombastic effects. Films like John Carpenter’s Escape from New York (1981), Michael Bay’s Armageddon (1998), Mimi Leder’s Deep Impact (1998), Roland Emmerich’s Independence Day (1996) and 2012 (2009) and Guillermo Del Toro’s Pacific Rim (2013) are more popcorn fodder than prophecies of doom. 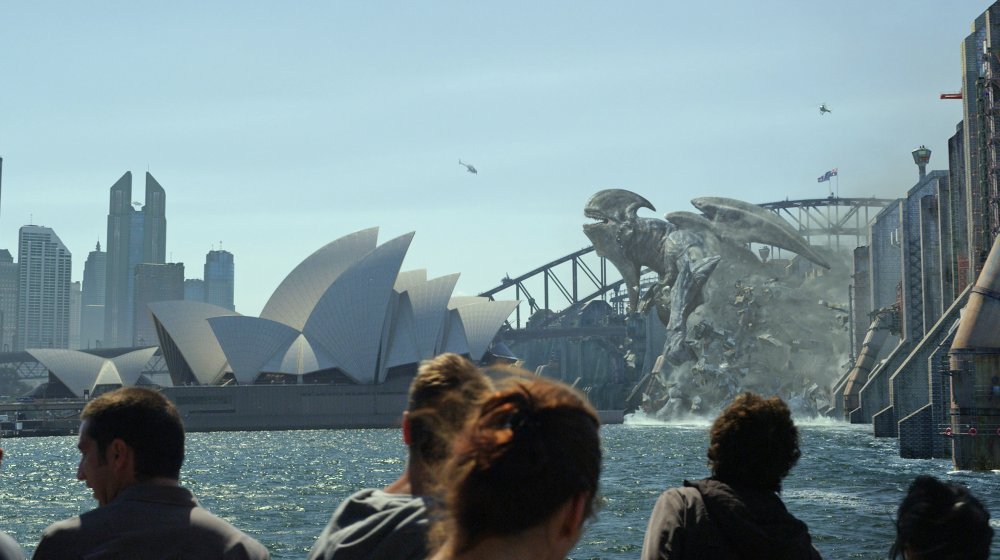 Whether translated as action, comedy or nihilistic indie, modern film and television storytellers seem more preoccupied with the dying of the light than ever before. This is undoubtedly fuelled by post 9-11 sensibilities, in which paranoia runs rife through communities, across borders and at the highest levels of government, and where trust is a commodity to be bartered. Ever-changing geopolitics, environmental fears and the evolution of technology are ripe fodder for narratives in which basic human survival is the only goal. Indeed, films like John Hillcoat’s The Road (2009) and Stephen Fingleton The Survivalist (2015) routinely strip us of the luxuries on which we have become so dependent, forcing us to imagine a dismal future of isolation and starvation that is starkly reminiscent of our distant past, rather than the gleaming landscapes and flying cars we were once promised. 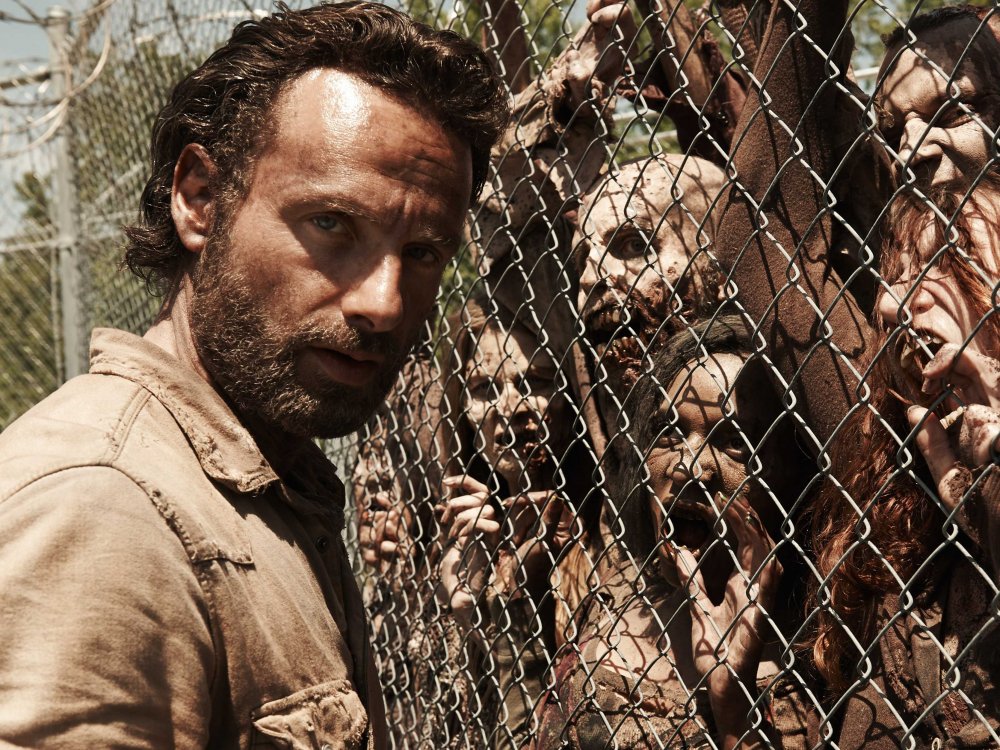 There is also a overwhelming sense that modern filmmakers see mankind as the architect of its own fate, whether by way of marauding zombies (the shuffling king of the modern apocalypse in everything from Jim Mickle’s Mulberry Street (2006) and Alejandro Brugues’ Juan of the Dead (2011) to current TV smash The Walking Dead); environmental catastrophe (Bong Joon-ho’s Snowpiercer, 2013); disease (Steven Soderbergh’s Contagion, 2011); dwindling resources (Christopher Nolan’s Interstellar, 2014); or something unexplainable (TV’s The Leftovers, 2014).  Yet as audiences we seem more keen than ever to revel in stories of our own downfall. Indeed, as Hugh Laurie passionately intones in Brad Bird’s Tomorrowland: “The entire world wholeheartedly embraced the apocalypse and sprinted towards it with gleeful abandon.”

So whether the future sees us staring down the barrel of an incoming asteroid or scavenging in the ruins of a city, chances are it’s at least partly our fault; for failing to heed the warnings of apocalyptic cinema, if nothing else.