In pictures: on location on Peter Hall’s rural time-collage Akenfield

Filmed across nine months in the fields of Suffolk, Peter Hall’s beautiful 1974 film Akenfield has drawn comparisons to Tarkovsky’s Mirror for its poetic use of time and the countryside. 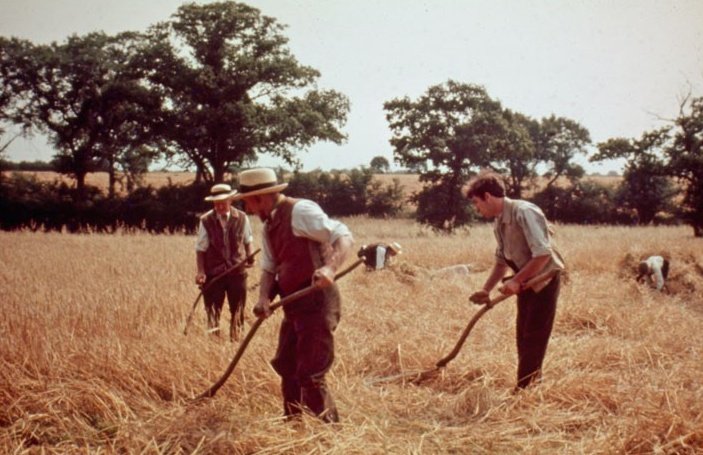 Though most well known for bringing Samuel Beckett to London audiences with the first English language stage production of Waiting for Godot in 1955, Peter Hall also worked prolifically in film and television. His debut feature was the comedy Work Is a 4-letter Word (1968), though he worked on his first real cinematic success, an adaptation of William Shakespeare’s A Midsummer Night’s Dream, in the same year.

In spite of having five feature films soon under his belt, almost the whole time he had been working on a potential film adaptation of the novel Akenfield; a desire first born from reading the book when it was published in 1969. It was not until 1974 that the project would finally be finished. 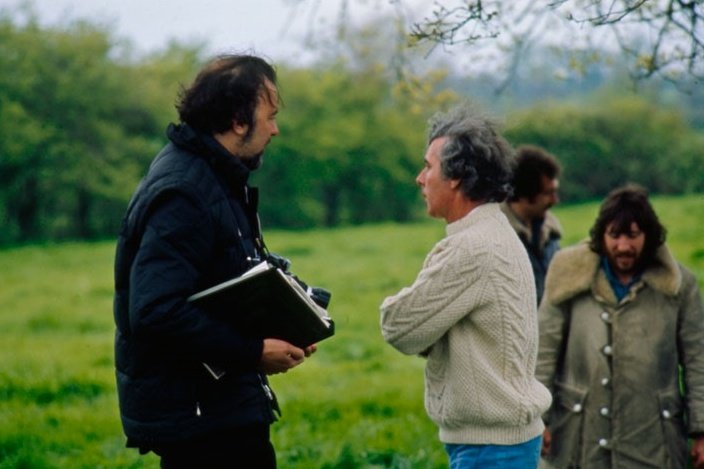 Akenfield is written by the writer and essayist Ronald Blythe. Its key feature was the mixing of ethnographic documentary with the raw emotional content of tough rural livelihoods lived by several generations of Suffolk farmers.

Being a Suffolk native, Blythe knew the county with an intensely personal detail. He soon became good friends with the creative circles there thanks to curating several Aldeburgh festivals, which included socialising with Benjamin Britten, E.M. Forster and John and Christine Nash. Akenfield was his third book and instantly channelled his admiration for the region but also for the workers of the Suffolk furrows and the very landscape itself. 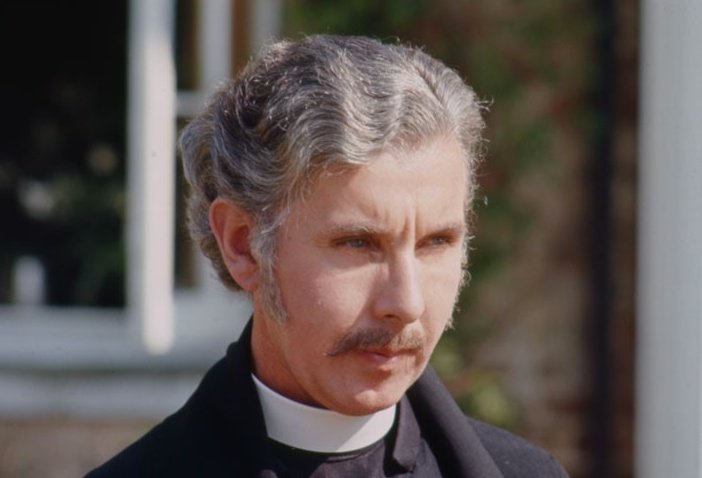 Being great admirers of each other’s work, Blythe and Hall collaborated closely on adapting Akenfield into a film. Hall had already written to Blythe in the year of the book’s publication, expressing both his admiration and desire to adapt it into a film. Blythe himself wrote an initial treatment of the book though it would take a number of years and the help of producer Rex Pyke to solidify the project financially. Blythe even eventually ended up acting in the film, playing the clergyman of the local church where the main funeral, an event centred on throughout the film, takes place. 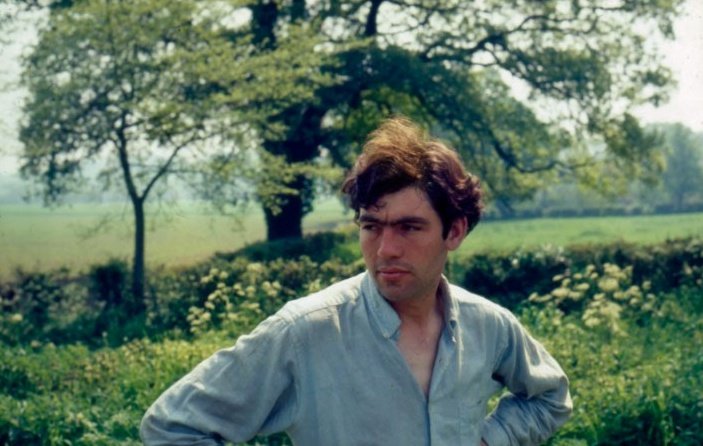 Farm worker Garrow Shand, who was cast in the lead role of Tom Rouse

To reflect the documentary precision of Blythe’s book, Hall worked largely with genuine Suffolk residents and non-actors for almost every role in the film. Such a decision had to be agreed with Equity first. The lead character of Tom Rouse was played by Garrow Shand, who, in Hall’s own words, was actually an “agricultural contractor”. Shand gives a remarkable performance of three generations of men, owing in some part to Hall’s work with him and the other actors on improvisation techniques brought over from the theatre.

The main professional actors used were comedian Stanley Baxter, who plays the village blacksmith, and Peter Tuddenham, who voices the film as old Tom. Tuddenham, who was also native of Suffolk, is perhaps better known for another voice role, playing the part of Zen the spaceship in the TV series, Blake’s 7 (1978-81). 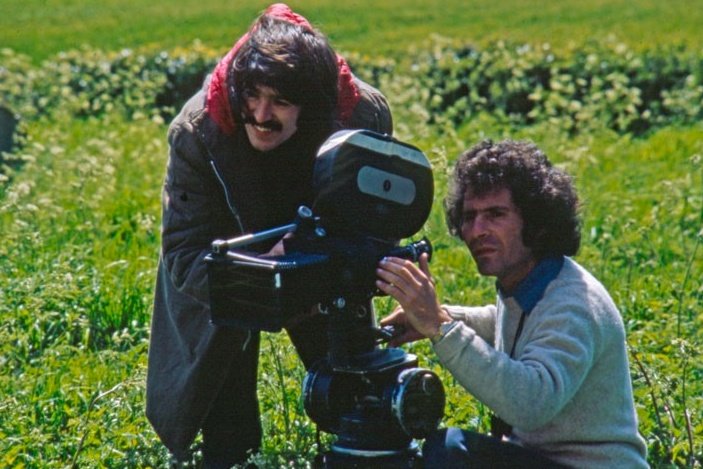 Cameraman Ivan Strasburg had began his career a few years before Akenfield, chiefly with documentary work. The film was his first feature narrative production and allowed a balance between documentary and fictional camera techniques, especially when it came to documenting the landscape. He manages to capture some of the most haunting and beautiful evocations of Suffolk ever committed to film, with a dreamlike soft-focus permeating throughout. 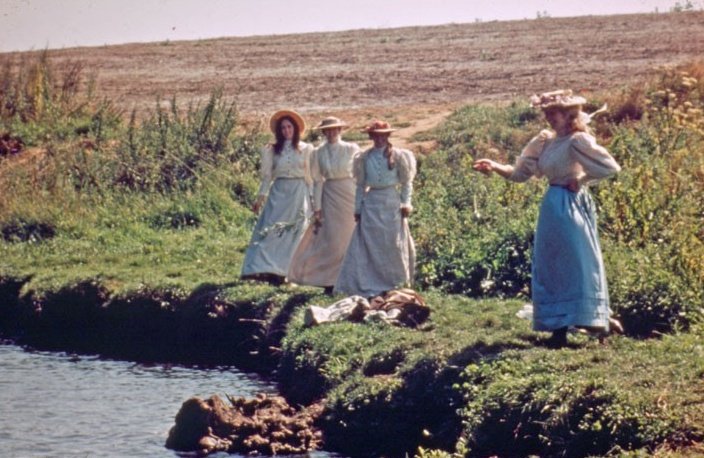 One of Akenfield’s key features is that it flits temporally around one fixed geographical point. Though initially focusing on one day in the life of Tom – a young man with plans to escape the village life to Australia – the film also falls gently back into the lives of the previous generations: the loves and losses of Tom’s father and grandfather. It’s a cinematic device that Andrei Tarkovsky would use the following year in Mirror (1975), another impressionistic, rural time-collage. 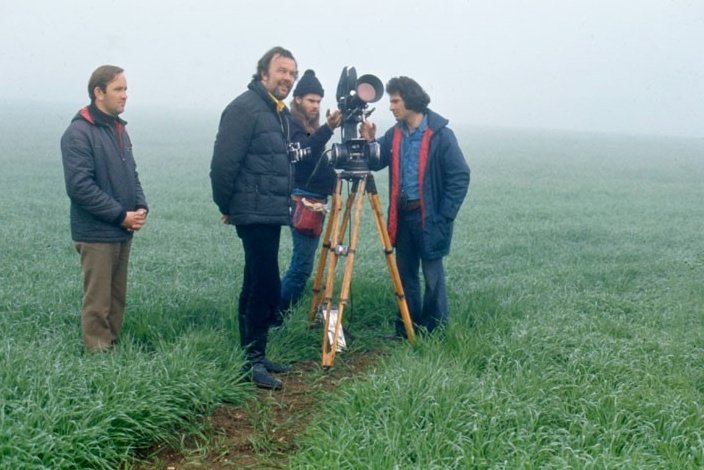 Though almost cascading at times in its slips in time, Hall also brings a seasonal cyclic quality to his drama, showing the landscape at differing heights of the year. A summer breeze can turn to a winter chill in the merest and subtlest of cuts and edits, but the key element brought over from Blythe’s work is the difficulty of agricultural work (of both arable and pastoral forms) no matter what the season or weather is like. 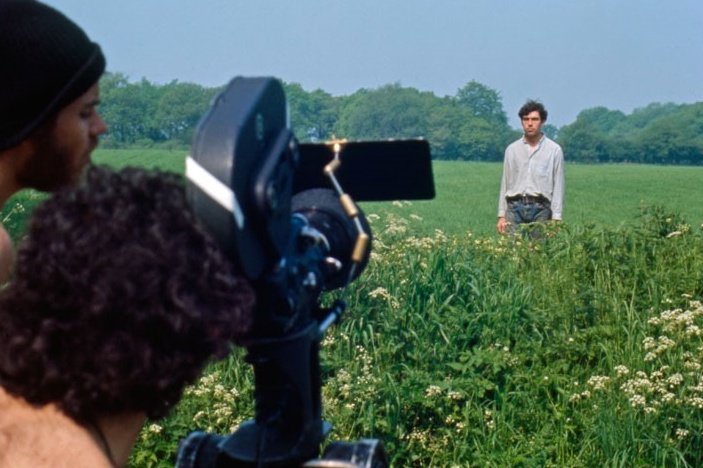 Perhaps more so than any other film from this period, Akenfield captures the shifting elements of English village life with a deep affection that is devoid of the usual oversimplifying lens of nostalgia. The landscape is seen through a human prism, showing it to be both of a constant natural beauty and a tough working environment where men and women have toiled for generations. As Tom’s grandfather suggests: “We feared so much, we even feared the weather.” 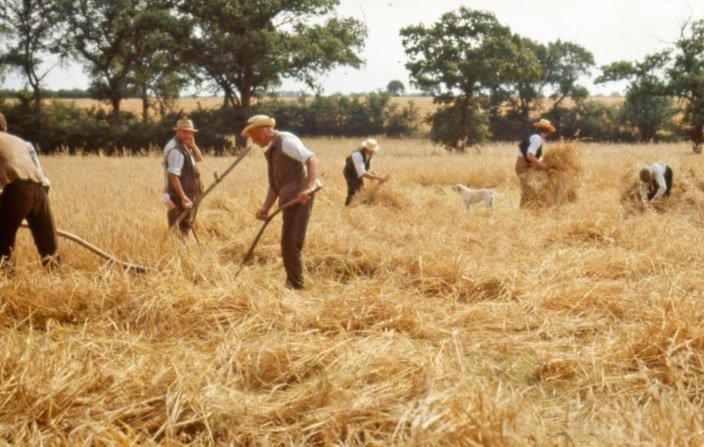 Akenfield captures a moment in the creative British psyche where there is a fear of rural and agricultural ‘old ways’ being lost under motorways and tarmac. The film pairs well with David Gladwell’s Requiem for a Village (1976), another film that deals more viscerally with the culture of English village life in Suffolk, though threatened by urban development rather than a sheer exodus of its youthful population.

Blythe’s work also had a similar Suffolk peer in the form of ethnographer George Ewart-Evans and his book The Pattern under the Plough (1966). Akenfield and Requiem for a Village pair well in the same way that Blythe’s and Ewart-Evans’ books complement each other as they explore the idiosyncrasies and natural drama surrounding belief, work and magic(k) in the rural Suffolk communities. 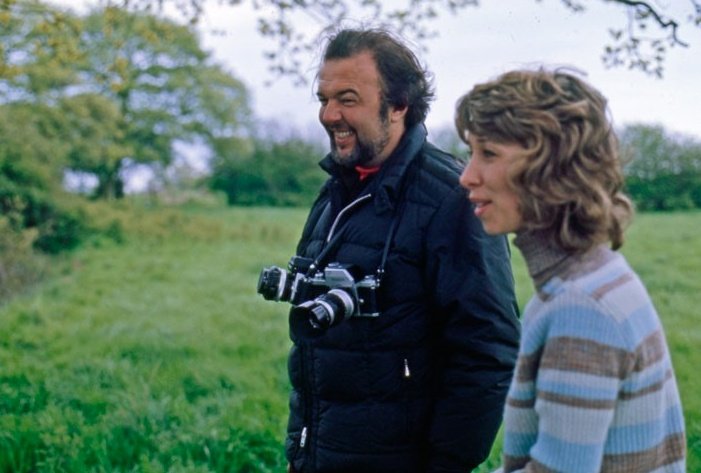 Though Hall wanted to adapt Akenfield since it was published, the resulting film feels like a release for him as he enjoys the vast rural landscapes and the abundance of space and light. This may have come from working on a project of total antithesis the previous year. Hall collaborated with Harold Pinter to adapt his play The Homecoming – a claustrophobic tale of disturbing family power-play all taking place in a cramped Hackney household – into a film. Hall is clearly taking great delight in exploring the copse-ways of East Anglia whose openness is the total opposite to Pinter’s closed heterotopia. Pinter himself would sit in on a cut of Akenfield to help with advice on the film’s various dubbing. 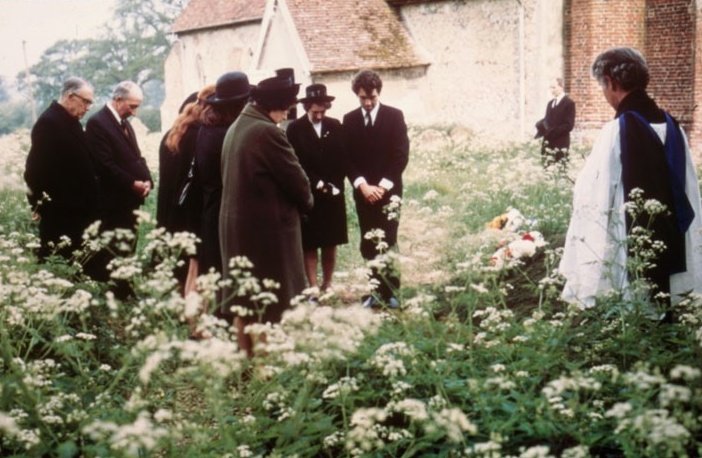 Much of the film’s intergenerational narratives focus on the grounds of the church: for Tom’s grandfather’s funeral and for various baptisms, weddings and sermons. Travelling back to the period of the First World War, Hall creates a beautiful temporal cut between soldiers singing before going off to fight and the modern-day funeral; a deeply emotional moment with the sort of fluidly temporal dexterity that directors like Terence Davies would later experiment with in more urban settings. 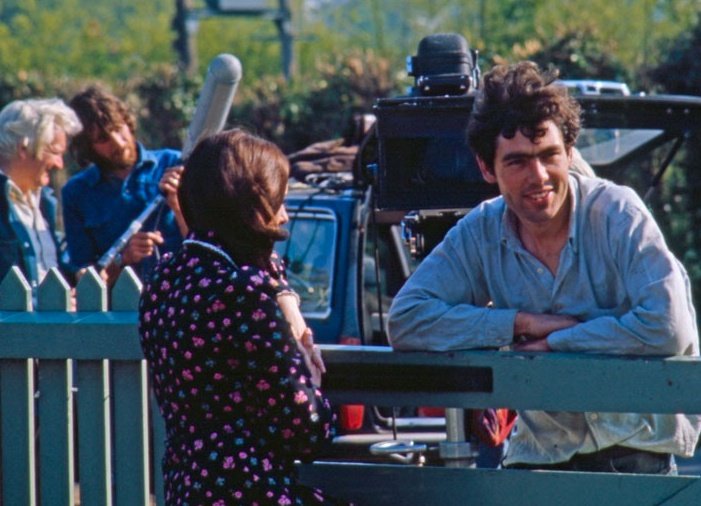 Tom’s partner in the film, Jean, is played by Barbara Tilney who was a local school teacher. Akenfield’s drama builds to the difficulty caused between Tom’s desire to leave the village and Jean’s reluctance to follow suit. Though the film is ambiguous as to whether Tom eventually escapes, the old story of his grandfather walking 40 miles to find (and fail to get) a job plagues Tom: would he be as stuck as his grandfather eventually was? As Old Tom suggests in the narration: “Who would I have been if I hadn’t footed it back?”