The photographer and the missing Madonna

Images shot by portrait photographer Francis Goodman on the island of Capri in the summer of 1948 give intriguing glimpses of a long-lost British film starring Phyllis Calvert and Michael Rennie. 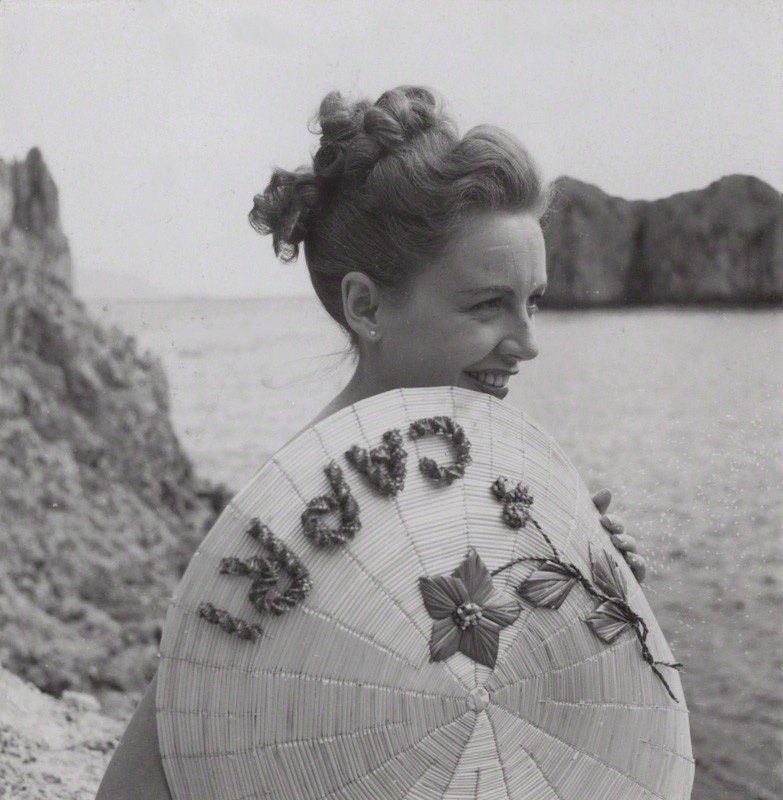 The name of Francis Goodman is virtually unknown today but in the 1930s he was one of the most promising young photographers at work in London. With his work appearing in Vogue and Harper’s Bazaar, he became first choice for society portraits and debutantes’ balls. Despite this, he was apparently always penniless and was once reduced to living in a bathroom in Berkeley Square.

When Goodman died in 1989, his collection was donated to the National Portrait Gallery and to mark his centenary they have dipped into it to put together an exhibition of his work, which will be on show from 22 April. His portraits include such diverse figures such as Fernand Léger, Lucian Freud, Noël Coward, Douglas Fairbanks Jr, Anna May Wong, Ralph Richardson, Cecil Beaton, Margery Allingham and the royal family of Yugoslavia.

Also among the collection was a large cache of photographs taken on location of the British film Golden Madonna, shot on the island of Capri in August 1948. The gallery contacted the BFI when they discovered it since the film appears on our ‘BFI Most Wanted’ list as a title we are keen to track down for preservation in the BFI National Archive. Although we haven’t yet managed to secure a print of the film, there have been reported sightings and we remain optimistic that it will come to light.

Goodman’s portraits tend to be quite dark and sombre, often exhibiting his imaginative and skilful use of backgrounds and props. But the images on the set of Golden Madonna show a lighter side, with shots of stars Phyllis Calvert and Michael Rennie rehearsing scenes, modelling costumes or just enjoying the Italian sunshine. Using a small, lightweight Rolleiflex camera, very popular in the 1940s and 50s, he was able to snap more informal moments.

Containing over 300 photos, this collection gives a wonderful insight to the making of the film, the atmosphere on set and the nature of ‘celebrity photography’ in the postwar period. Goodman’s remit was to capture the ‘stars at play’, and at least two of his images found their way into Picture Show magazine. Another photographer was present to take the more conventional ‘scene stills’, used as lobby cards and in pressbooks.

Calvert clearly got on well with this ‘flamboyant and unconventional’ character as he became a family friend, known affectionately by them as ‘Benny’. The collection contains a series of portraits of Calvert and her family which he took over two sittings in the early 1950s.

Although none of the Golden Madonna images has been selected for the Goodman exhibition, it promises to be a fantastic window onto the golden age of portrait photography and a fine tribute to a talented and fascinating individual.