A personal journey through 90s London on film

From Wonderland’s Soho to the estates of Nil by Mouth. From Bridget Jones’ Borough Market to Richard Curtis’s Notting Hill. Tom Seymour takes a stroll through a decade of London on the big screen. 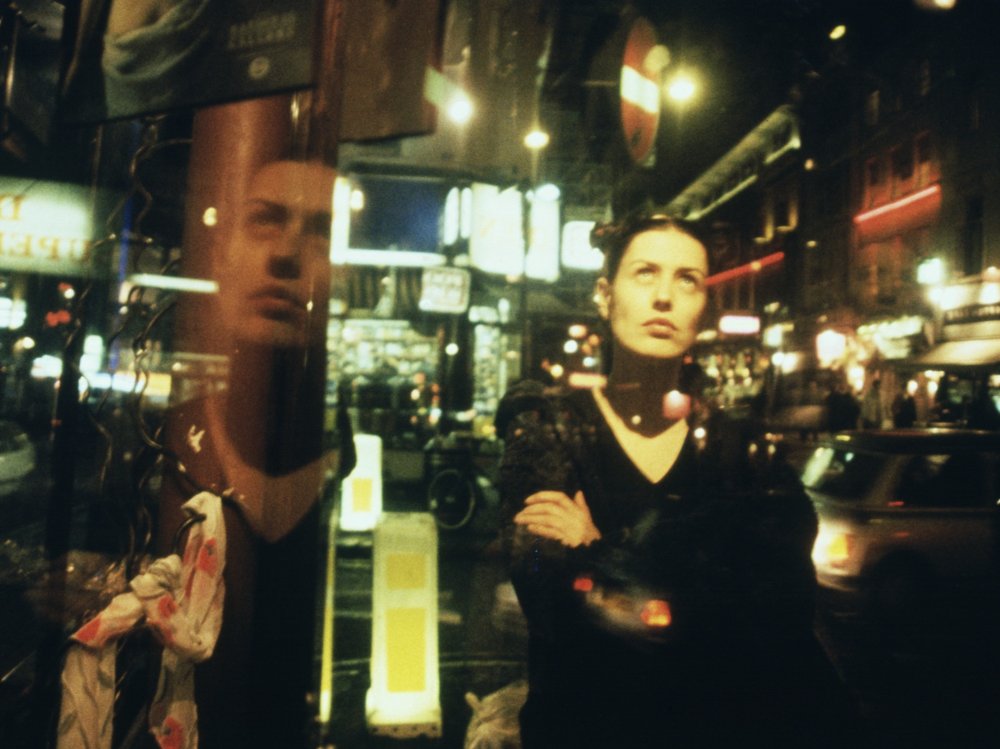 On a sunburnt Brits-on-tour holiday in Bali a couple of years ago, I got talking to our guide, Nita, as we picked our way through the resort’s local jungle. She started to tell me of her love for London. “Have you visited?” I asked. “Yes,” she said, “So many times.” She told me of her favourite tour – of Big Ben and the Houses of Parliament, of Buckingham Palace and the pelicans in St. James’s Park, of the shops on Oxford Street and the lions and tigers in London Zoo. She spoke of finding love in the city, of riding on the top floor of red buses and bedding down in the city’s fanciest hotels.

I pressed Nita for more information. When had she visited, where did she stay? It slowly dawned that we had been victim to crossed wires. Nita was talking as if she’d experienced all the icons of the British capital personally. She seemed to have lived and breathed them. But she was, in fact, recounting the experience of watching her favourite movie – a movie she had watched many, many times – a Balinese romantic comedy of two young lovers who meet in London on a holiday from their island paradise.

I’ve been a resident of London for almost 10 years, but our tour guide’s story made me think. Because, growing up in the quiet, communal and often small-world suburbs of Sheffield, London only existed through movies for me, too. It was the grand, white townhouses and private gardens of Notting Hill (1999), the suited skinheads in their wood-panelled pubs in Lock, Stock and Two Smoking Barrels (1998), the fleet encounters of Sliding Doors (1998), the book-filled living rooms of Four Weddings and a Funeral (1994), the lo-fi, cultured flats of Wonderland (1999), or the rain-slicked streets of somnambulist chancers, revellers and reprobates in Naked (1993). It was the plush, secretive government suites of GoldenEye (1995), the packed al fresco bistros and cobbled streets of Bridget Jones’s Diary (2001), the gangster’s Knightsbridge hideouts in Sexy Beast (2000). 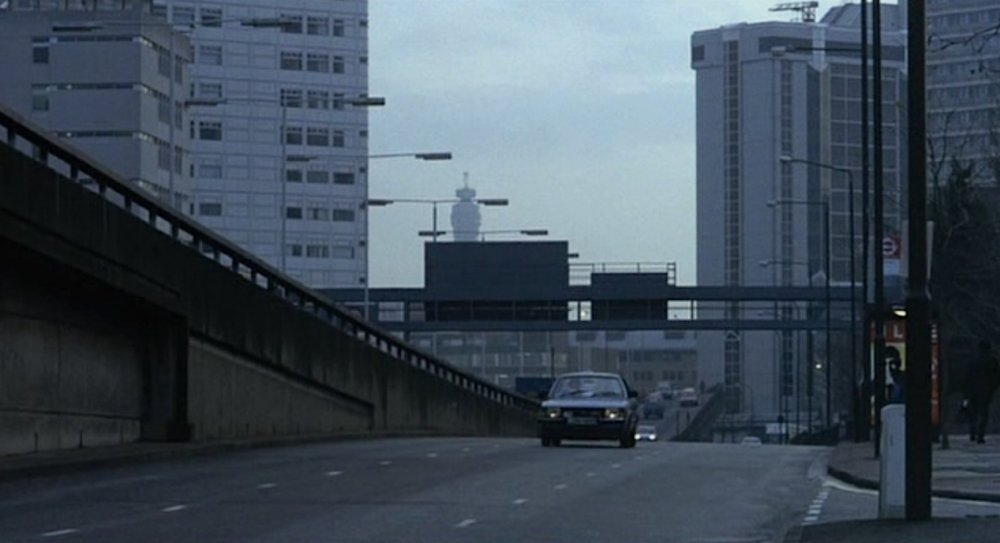 Looked at through a modern prism, there are obvious issues with many of these films. Notting Hill, Four Weddings and others of their kind offered deeply romanticised depictions of London. They were the most successful of Working Title’s early exports, made with Hollywood money and actively created for an international audience. They depicted traditional ‘Britishness’ as pastiche, the characters heavy-drinking and self-depreciating to a tee – but all white, well spoken and notably unburdened by financial concerns.

Diversity, and the lack thereof, has become a cause célèbre for the creative industries through the course of this decade, and for good reason, while the issues incumbent in these films were noted back on their release. The academic Janet Harbord wrote in 2002: “From images of Big Ben through to the bleached white tones of Four Weddings and a Funeral, the concept of Britishness excludes the majority of the population, (refusing) to engage with Britain as a complex ethical mix of identities.”

Beyond the whitewashed Richard Curtis model, films like Snatch (2000) and Lock, Stock would struggle to get a green light today, however vivid the writing. Witness the familiar culture war on social media that erupted over Tory housing minister Heather Wheeler’s use of the phrase ‘old tinkers’. It seems unlikely that Guy Ritchie’s liberal verisimilitude of the travelling community would ever get beyond the tastemakers in the boardrooms.

And then, beyond the content of the films, there’s the visual signifiers that capture how far this city has come. Witness the dank cigarette smoke that pools in the pub ceilings (just pints) and cafes (formica tables, butties and instant coffee) of Michael Winterbottom’s Wonderland. Then there’s Gary Oldman’s Nil by Mouth (1997), his semi-autobiographical account of growing up in and around New Cross. With Kathy Burke and Ray Winstone as the would-be parents, the film charts the casual and shameless presence of domestic violence, drugs and alcoholism that was embossed into Oldman’s experience of estate life. It depicted the south-east of the city, now among the trendiest districts, as an unthinkably poverty-stricken area, one that existed before Brutalism became fashionable, where a teaspoon would more likely be used to warm heroin than stir muscovado into a macchiato. Much of the film was shot in the stairwells and sky-streets of the now-demolished Ferrier Estate in Kidbrooke, Greenwich, and its vista of launderettes, underpasses and working men’s clubs does indeed belong to another century.

But, hopelessly dated as these films now are, the middle-brow cosiness or stark intensity they possess endures. This was a London that did not yet have the Tate Modern, the Millennium Dome or the Shard. It was London in the age of dial-up internet, when the idea of people walking the streets while simultaneously scrolling through their phones belonged in dystopian sci-fi. It was a pre-New Labour city, not yet fully globalised. British governmental policy, enthusiastically supported by the electorate, was to be “at the heart” of the European Union. Immigration, from the continent and beyond, was an exciting new frontier, the next step in the opening out of the city into the world beyond. It was Gascoigne against Scotland at Wembley, or Croydon’s Kate Moss on the cover of Vogue. It was All Saints against The Spice Girls in the charts; Oasis, Blur and The Chemical Brothers on Top of the Pops. It was Lady Di, Mr Blobby, Cilla Black and Gladiators. It was, believe it or not, a time of national pride, a time of something verging on hope. And that bled down into the movies of the era.

I sometimes hesitate to admit this, but one of my favourite movie moments remains the tracking shot of Portobello Market in Notting Hill – charming, floppy-haired Hugh Grant passing by the lively market stores while the traders sell their wares.

For a multivalence in this moment that wasn’t apparent in the rest of the film’s sanitised climes; to the sound of Bill Wither’s Ain’t No Sunshine, we see the youths in their hoods lean by the bins with cans in hand. The cockney traders with their England flags emblazoned on their jumpers are interspersed with Asian and African-Caribbean market guys. The street is covered in graffiti. A tattoo parlour sits next to a Middle Eastern shop selling veils. A guy in a leather jacket mouths something that makes nice, charming Hugh quicken his pace. Today it has everything – a multicultural street a little rough around the edges but full of mystery and variety. It offered a microcosm of what the city could and would become. It was a market I wanted to stroll down on a weekend. Hugh’s life, with his roomy loft apartment and drowsy job in a dusty bookshop, was a life I wanted to lead.

Sliding Doors spun a similar web. The concept film, released in 1998, has PR-operative Gwyneth Paltrow and her meant-to-be, John Hannah, living alternate London lives – the result of them meeting, or not, at a chance moment on the tube. The film caught what was on plenty of singleton’s minds all across London: in a city so unimaginably full of people, where, how and when will I meet the person I’m supposed to be with? Sliding Doors caught this potency of possible love, one specific to such a big city, and dramatised it perfectly. 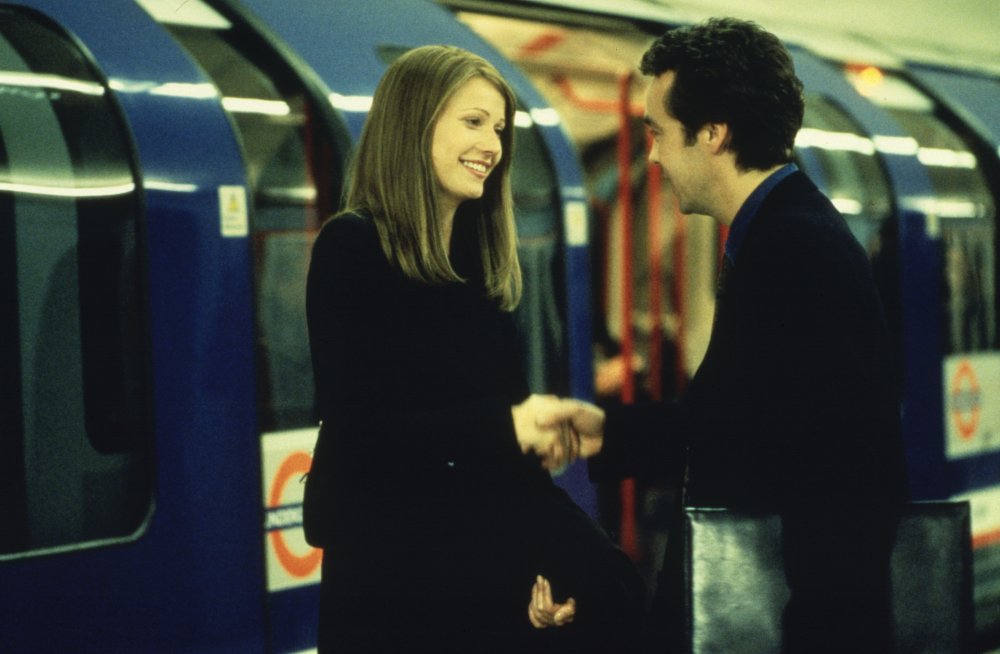 Hugh and Gwyneth didn’t mention that a box-room in a damp loft apartment split between six people would cost almost the exact amount an internship at an independent magazine paid per month. Yet realising the London of the films of my childhood as I cycled the city was exhilarating. I remember walking through Highbury Fields in the rain and thinking of Andie MacDowell, soaked to the skin. I self-consciously pressed my head against the steamed glass of the night bus – just as Gina McKee had in Wonderland. I remember a raconteur mate quoting Jason Statham’s Bacon from Lock, Stock in The Royal Oak on Colombia Road, the guy serving us our pints wearily rolling his eyes. It seemed natural to drink cheap wine on the grass by The London Eye before walking down the Southbank like a character from Four Weddings or Anthony Minghella’s Truly Madly Deeply (1990) or, a little later, Mike Nichols’ Closer (2004). I would think of Brosnan’s Bond as MI6 loomed above the tube at Vauxhall. I would throw away what little money I had just to have the Bridget Jones experience of artisan bread and cheese in Borough Market.

As the millennium passed, depictions of London started to diversify beyond the comfortable elite and their ideas of gangsters or kitchen sinks. Stephen Frears’ Dirty Pretty Things, released in 2002, was a bellwether. It is, in some ways, a strange bedfellow of Notting Hill, insofar as it takes place on the same streets of west London, yet depicts the wildly different experiences native people of means have in comparison to blue-collar or out-of-work immigrants. As the academic Charlotte Brunsdon writes: “From Notting Hill to Dirty Pretty Things is a move from a London of luxury hotels, private gardens, charming street markets and ‘boutique locality’ to a London of rubbish-strewn alleys and ‘non-places.’” It was followed, later in the decade, by accomplished minority-view films like Brick Lane (2007), Children of Men (2006) and Breaking and Entering (2006). The film industry began to wake up to its own embedded privilege and began to reflect the city as a whole: the most international place in the world, an endlessly revolving kaleidoscope of experiences, lives, cultures and outlooks.