Pauline Kael and the men from dream city

With our two-month season celebrating Cary Grant in full swing, we look back at The Man from Dream City, Pauline Kael’s seminal 1975 essay on the star, and investigate how the great critic saw other key leading men. 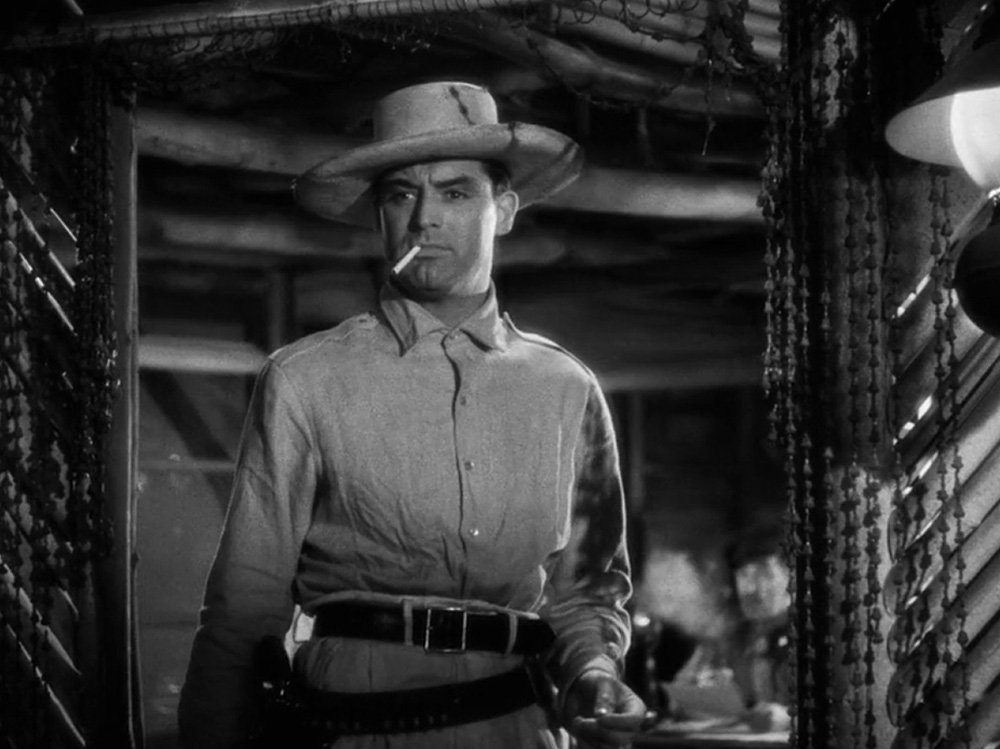 ‘Cary Grant is the male love object,’ wrote Pauline Kael in her 1975 essay The Man From Dream City. Hearts had gone aflutter for Grant for decades, but no one had put it quite so definitively as Kael had. The New Yorker essay that followed gulped up some 10,000 words, taking advantage of the storied fact that Kael’s editors rarely gave her a strict word count. Within, the critic incisively examined the elements that turned Archie Leach, an impoverished Bristol-born acrobat, into Cary Grant, the A-list dream lover of consummate sophistication.

From his early biography to his curious mixture of physical humour and romanticism, no proverbial stone is left unturned. But it’s the first two pages or so of The Man from Dream City that I most often find myself returning to with relish; the passages that concern Grant’s charms. He is compared favourably to leading men like Clark Gable and Robert Redford, all through the prism of what a female viewer might take from their performances.

She described Cary Grant as ‘a few steps up the dreamy social ladder’ from Gable, whose appeal was primal and sexual. ‘Gable is an intensely realistic sexual presence; you don’t fool around with Gable. But with Grant there are no pressures; no demands; he’s the sky that women aspire to.’

The Man From Dream City might make it most apparent, but Pauline Kael’s interest in the voluptuous side of film acting and stardom is present everywhere in her work, once you look. From her capsule reviews of Depression-era comedies right up until her retirement in 1991, Kael found male beauty, sensuality, and physicality wherever she could; and she wrote thrillingly about the response it could garner in an audience. ‘Nobody should ever be asked not to like Paul Newman,’ she once wrote. You’d find it doubly tough to find a woman anywhere who’d disagree.

Kael also grasped the subtle undercurrents of homoeroticism running through what seemed to be the most straight of films. On Saturday Night Fever (1977) she wrote, ‘It’s a straight heterosexual film, but with a feeling for the sexiness of the young boys who are bursting their britches with energy and desire […] which recalls Kenneth Anger’s short film Scorpio Rising (1963).’ 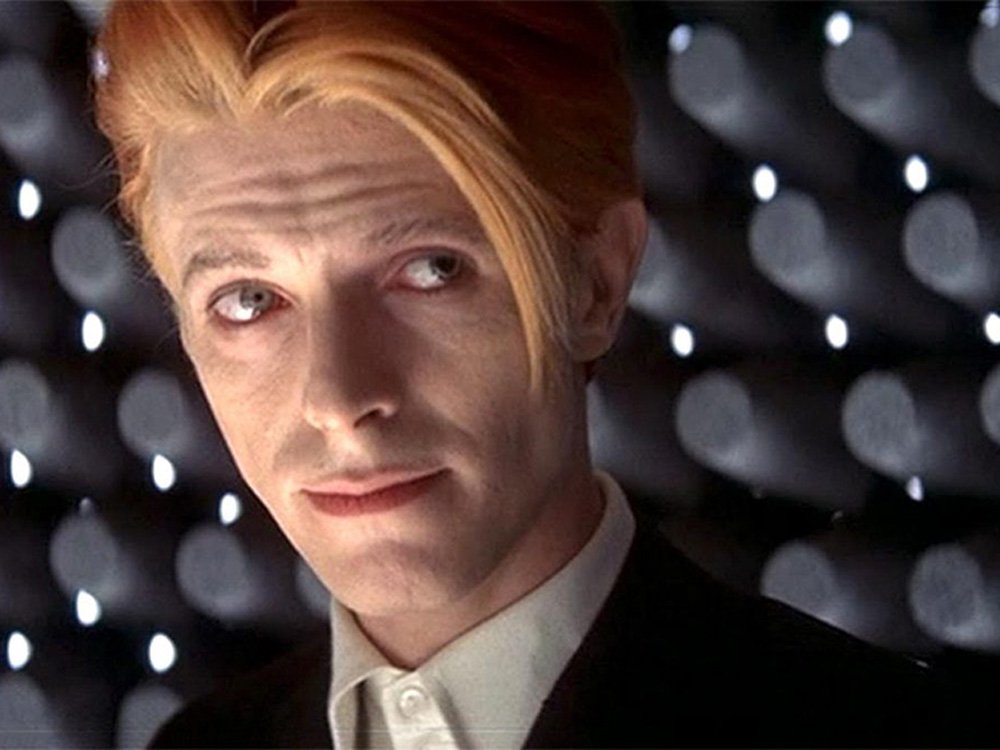 Beyond appreciating subtext in performance and direction, Kael also examined what the attractive male star in a film might offer to the audience. She offered the unlikely star power of David Bowie as the ‘70s alternative to hyper-masculinity with his ‘self-mocking androgyny.’

‘His forlorn, limp manner and chalky pallor are alluringly tainted,’ she wrote of Bowie in Nicolas Roeg’s The Man Who Fell to Earth (1976). ‘Lighted like a woman of mystery in thirties movies, he’s the most romantic figure in recent pictures.’

She goes on to delve further into the complexities of Bowie’s presentation: ‘He can be said to represent everyone who feels misunderstood, everyone who feels sexually immature or ‘different’…and so the film is a gigantic launching pad for anything that viewers want to drift to.’

As Kael touches on so wisely, this ambiguity opens up opportunities for viewers to project what they wish onto Bowie, the sexless alien who is somehow ethereally sexual. The sexually confused, frustrated, or desiring viewer might come to the movies looking for stopgap measures, or something to relate to, and they may well find it in this new spectacle of confused masculinity.

She also recognised more traditional types: on Slyvester Stallone in Rocky, she dared say what others might not; that he carried the working-class ‘overripe, cartoon sensuality’ Brando once did.

‘There’s bullnecked energy in him, smoldering; he has a field of force, like Brando’s.’ She nails Stallone’s dumb muscleman appeal in the film, and beyond that, recognises that he’s a modernised throwback to some viewers’ caveman fantasies. She acknowledged her own attraction to a similar type when she described Clint Eastwood in Dirty Harry (1971) as ‘six feet four of lean, tough saint, blue-eyed and shaggy-haired, with a rugged, creased, careworn face that occasionally breaks into a mischief-filled Shirley MacLaine grin.’ 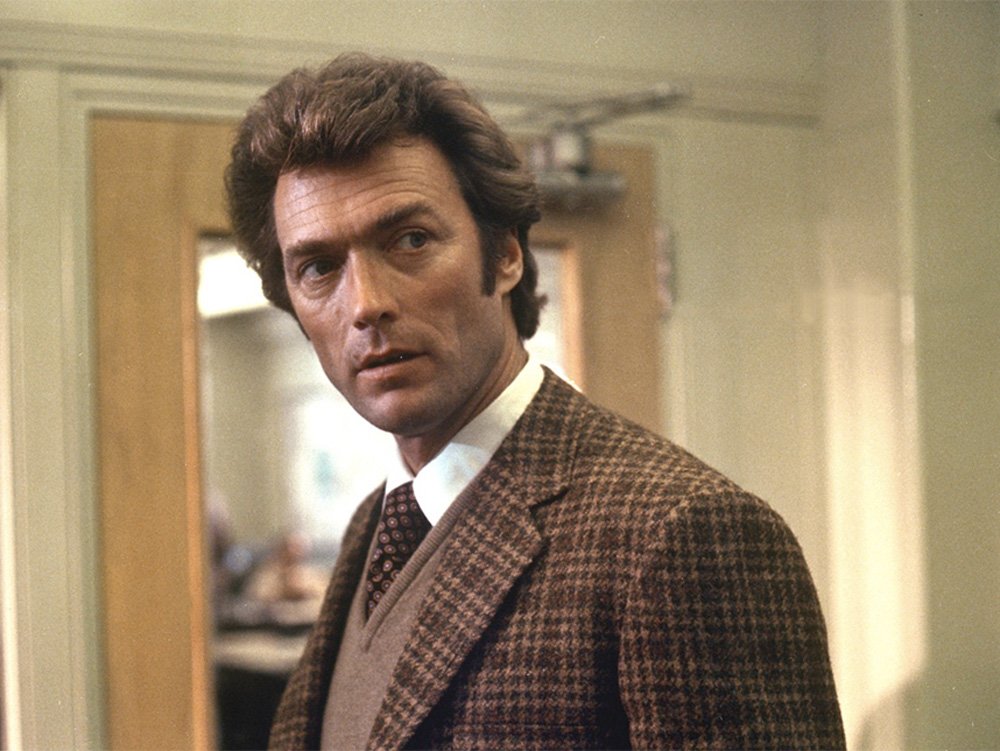 Be that as it may, Kael hated Dirty Harry, and never stopped excoriating Eastwood’s films. She could be ferocious, and she punctured many egos when it came to the leading A-list men of her day. Warren Beatty in Reds (1981) was ‘pussy-whipped’, and Steve McQueen was ‘one-dimensional.’ Even the ones she loved were not spared a shellacking if she felt they had disappointed her.

Nearly all of the big male names of her time have had something unpleasant to say about her in return. Robert Redford, who often got lukewarm reviews from her, noted that Pauline turned on him when he refused to take her counsel in a social setting. Clint Eastwood remarked that she had ‘suckered people into thinking she knew something’. Most notoriously, Warren Beatty resented her power, and in 1979 offered her a sort of booby-trapped writing job in Los Angeles on a script that would come to nothing – all with the intention of humiliating her.

The idea that was bandied about by these men was a deeply sexist double-standard; they all reek of the idea that Kael was somehow infected by personal vindictiveness, that she mixed with Hollywood people when she should have stayed away, and that these things made her emotional and unprofessional. Roger Ebert, a film critic who wrote screenplays and fraternised with filmmakers frequently, was given nothing like the same treatment.

The reception of her work was often cloaked in thinly-veiled misogyny, but Kael never stopped her privileging of the female viewer. In spite of her obfuscating use of the royal ‘we’ in her prose, it was clear she was writing from the perspective of a desirious female moviegoer – one who never lost her enthusiasm for the opposite sex onscreen, nor in examining what those archetypes told us about society and sex.

Kael was a great writer, but she was also a viewer; one who understood the delicate balance of chemistry between a man and woman on screen; of the alchemy of attraction and fantasy. It was this same blend of insight and lustiness that made the pairing of Pauline Kael and Cary Grant one of her finest. When she wrote that he was ‘sex with civilised grace – sex with mystery,’ she put to paper what so many audience members had felt but never quite expressed. In so doing, she helped further elevate the legacy of one of Hollywood’s finest actors.