Passport to Pimlico at 70: In search of the locations for the classic Ealing comedy

It’s 70 years old, but Passport to Pimlico’s story of a London neighbourhood striking out for independence from the UK contains fascinating similarities with Britain in the Brexit era. How has the capital changed in the meantime? 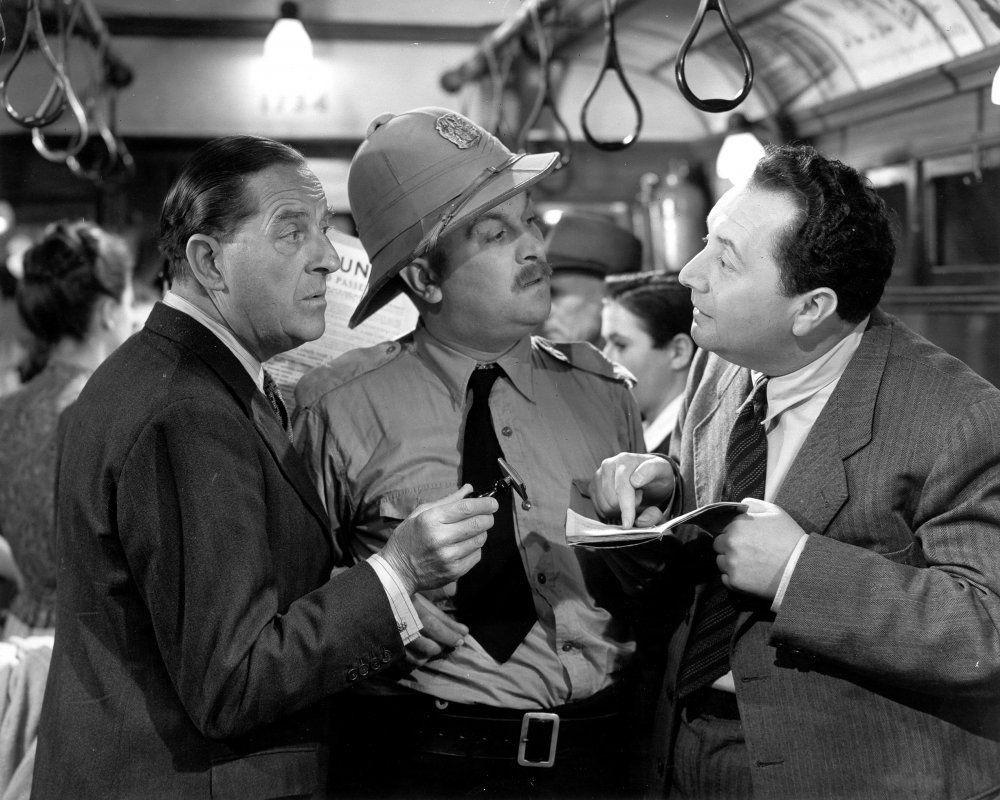 Directed by Henry Cornelius, Passport to Pimlico is a classic example of Ealing comedy, a mixture of political satire and heartfelt humour that’s typical of some of the studio’s most celebrated output.

First released 70 years ago, on 28 April 1949, the film follows the residents of Pimlico, led by Arthur Pemberton (Stanley Holloway), as they battle against bureaucracy and their own bloody-mindedness. After finding buried treasure under the ground after an unexploded bomb is set off by accident, it turns out the area is still technically a part of Burgundy, France. With British law no longer applying, the area falls into chaos and requires a border. The fight to retain independence and keep the benefits and safety of British law begins.

While essentially about the Blitz spirit of the war years, Passport to Pimlico eerily foreshadows elements of today’s political climate, as if the problems facing modern Britain had been identified in a microcosm of 1940s London. As the film depicts chaos unfolding on the capital’s streets, it’s impossible not to see it playing into the current debate surrounding isolationism versus internationalism.

Yet, where the locations are concerned, as in many London films the film contains a masterstroke of misdirection. Just like in the film’s story, Pimlico is not quite as it seems.

Though largely taking place in one specific area, Passport to Pimlico is littered with a handful of London snapshots. And this being an Ealing film, the images of the capital are mostly of the picture-postcard variety. We see some of its most famous landmarks and places, from Trafalgar Square to Westminster via London Zoo, all of which are outwardly little changed.

With this in mind, I wanted to visit the sites of some of the film’s less familiar shots. Taking the tube to Westminster, I first went hunting for a shot filmed in Whitehall just before we see one of the politicians (Basil Radford) entering a building. This building has since gone and is now where the many commemorative statues stand. Then and now, Nelson’s Column can be seen just up the road. 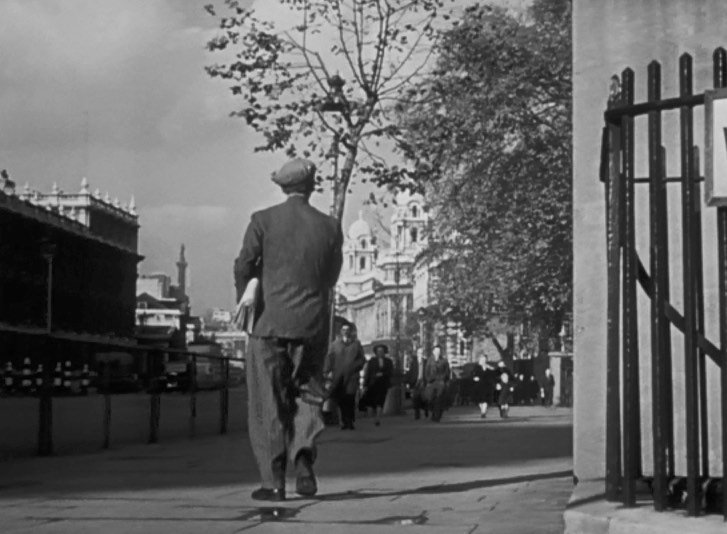 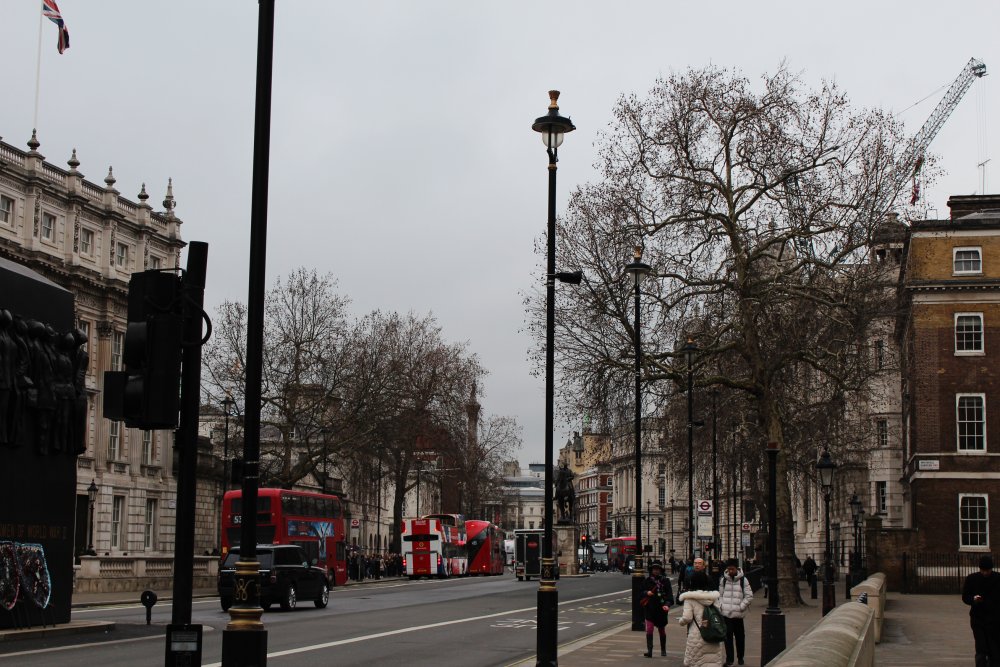 Further up into town, we later glimpse Piccadilly Circus before it was pedestrianised. This is where the young boys, since evacuated from the troubled Pimlico, go to the cinema and see the public information film about the siege. A view clearly leading to Piccadilly is seen, as is a view of the Eros Cinema. The cinema is now a Gap shop, but its filmic history is vast, from hosting illicit screenings typical of a Soho long since passed to appearances in other classic films, including An American Werewolf In London (1981). 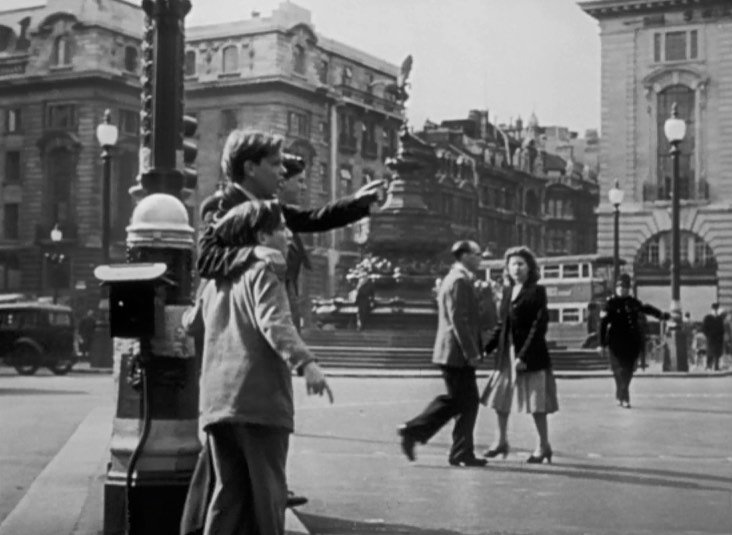 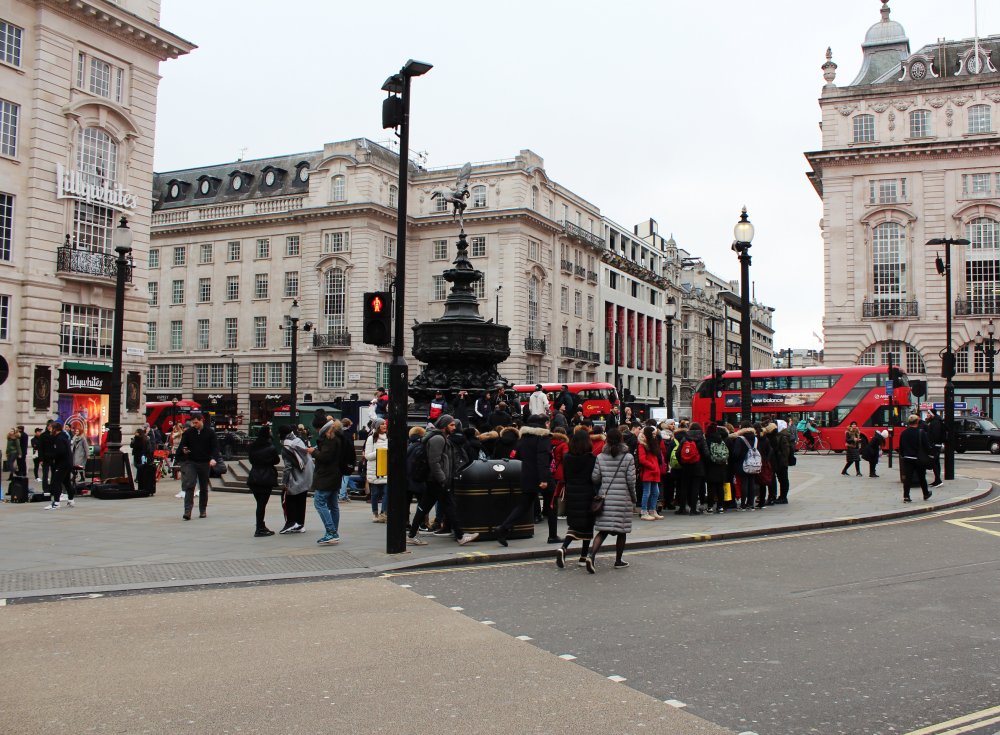 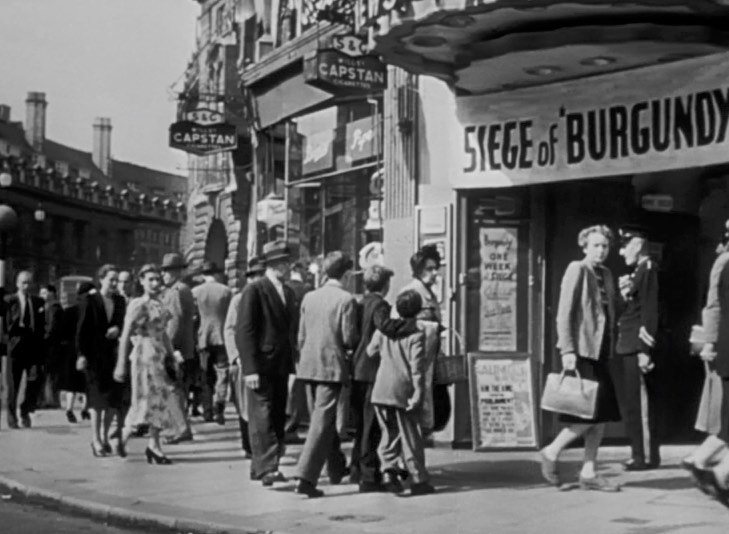 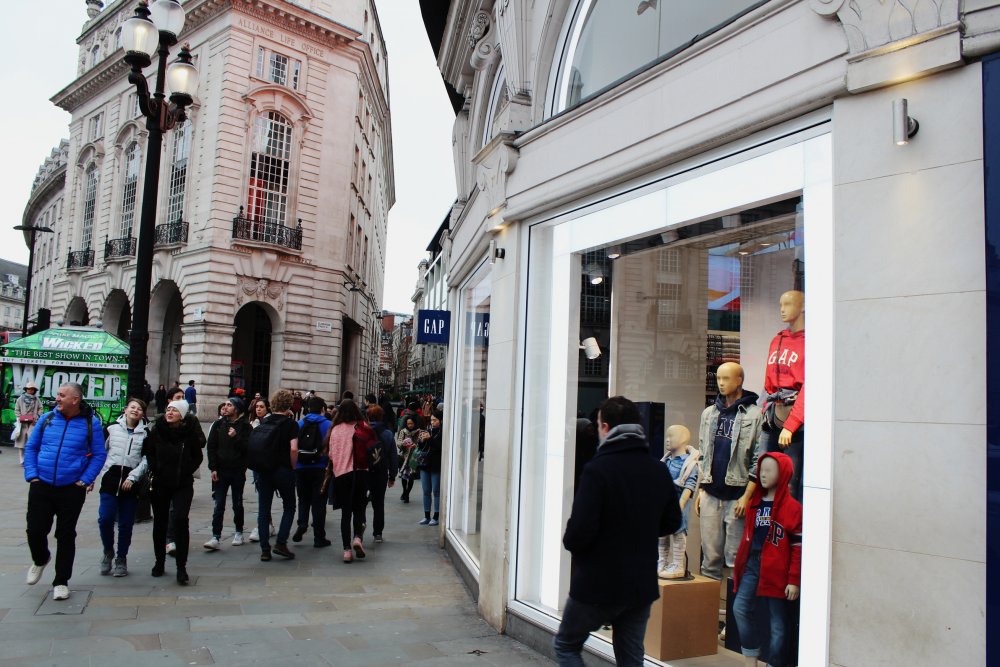 Finally, I wandered further east to Farringdon Street. Here is where a fleeting shot is seen as freshly printed newspapers telling of the latest government debacle surrounding Pimlico are chucked out of a car. The area is near Fleet Street, which was then still the hub of the journalism trade. The bridge that makes up the Holborn Viaduct is unchanged since Cornelius’s crew filmed there, though where the car pulls in is now filled with parked motorbikes and mopeds. 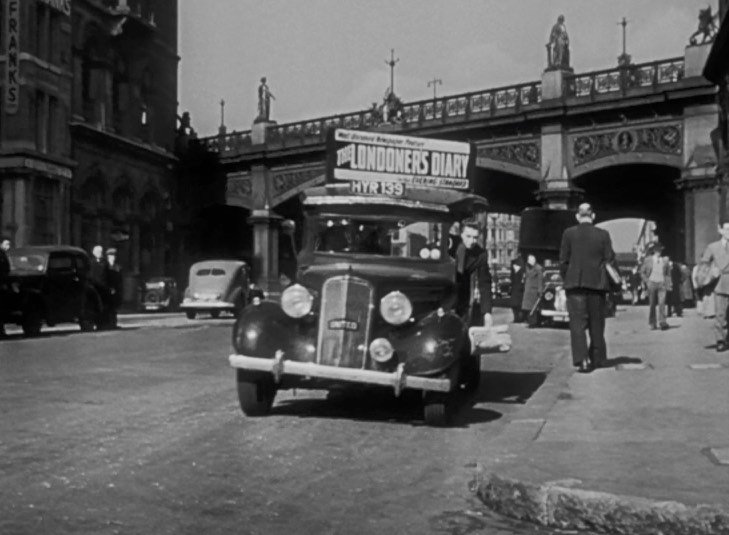 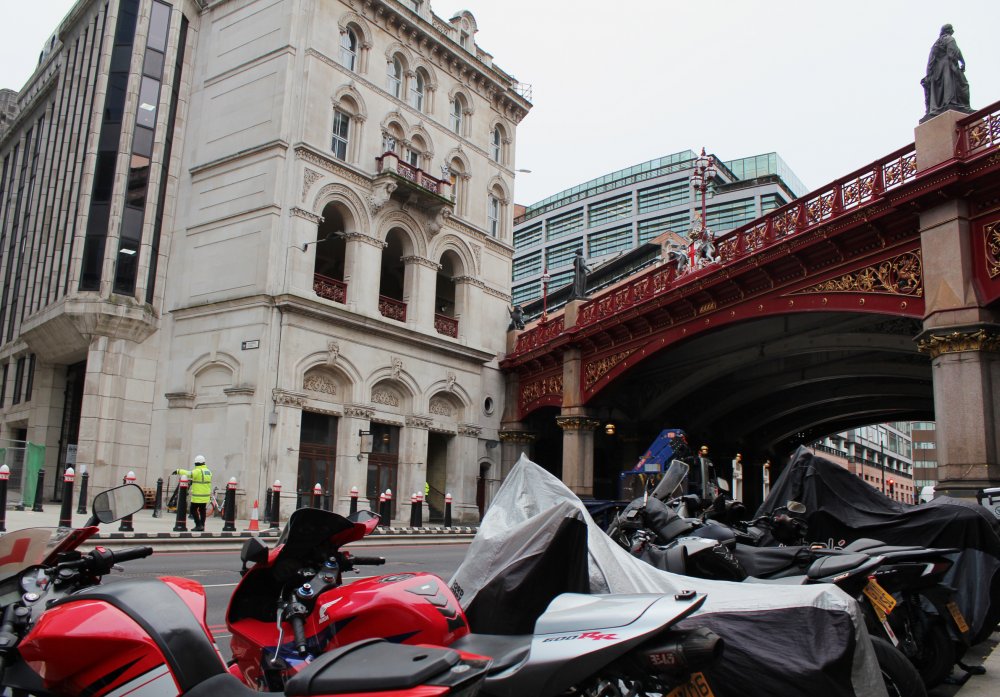 Although the film is a proud part of Pimlico heritage, in reality its depiction of the neighbourhood is an illusion. All of the Pimlico scenes were in fact filmed in the heart of Lambeth. Much of the area seen, including many of the shops and streets, was an ambitious set built on a genuine bombsite on Lambeth Road, where the China Walk estate is today. However, many of the buildings are real and still standing. Early in the film, we see Shirley Pemberton (Barbara Murray) wandering across the bombsite. The pub on the corner is still there on the intersection between Lambeth Road and Hercules Road. 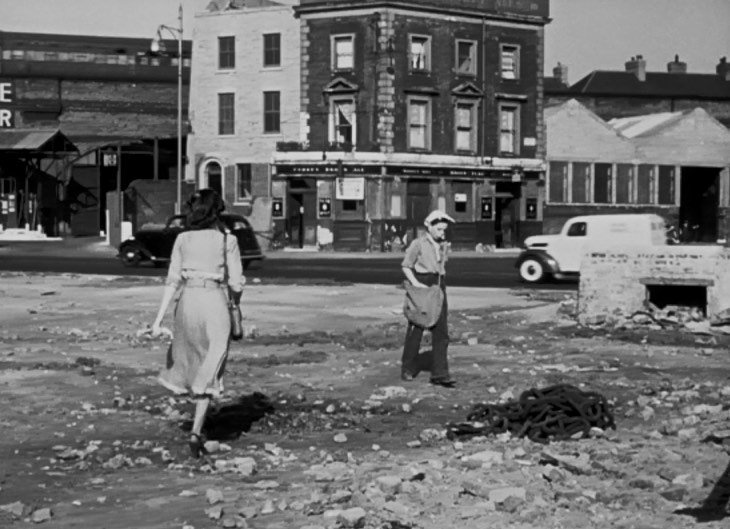 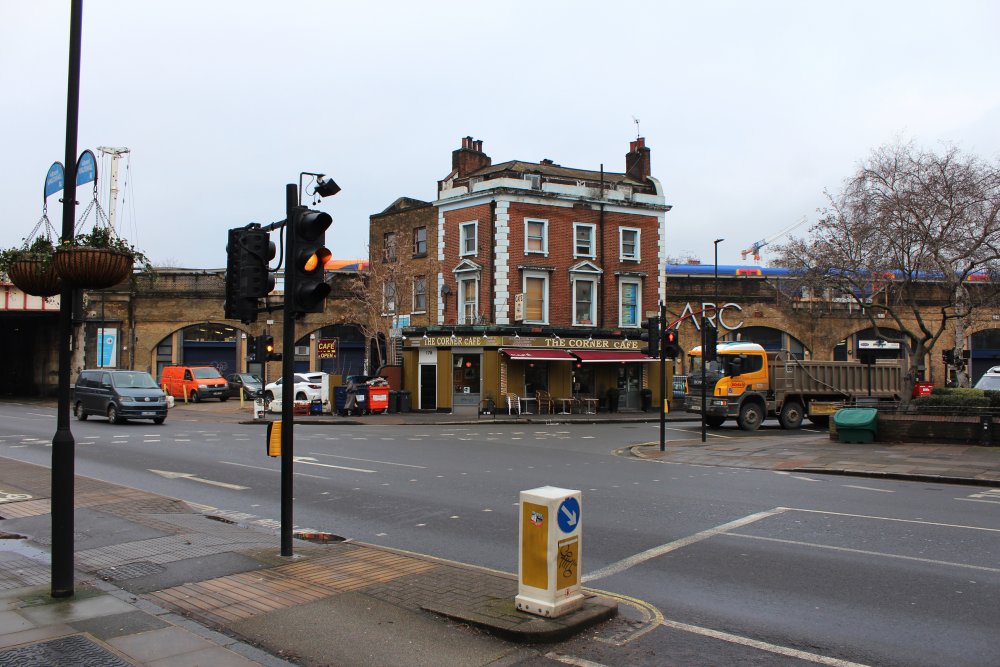 In the same shot, we change track and follow the journey of a paperboy delivering copies to the men excavating the bomb, which is to be kept as an example of “local culture”. In the background, the first part of the railway bridge can be seen with its distinctive slats on Hercules Road. More estates have been built since, but I wanted to highlight this bridge in the photo as it appears in the background of many other shots, especially taken from the set over the road. 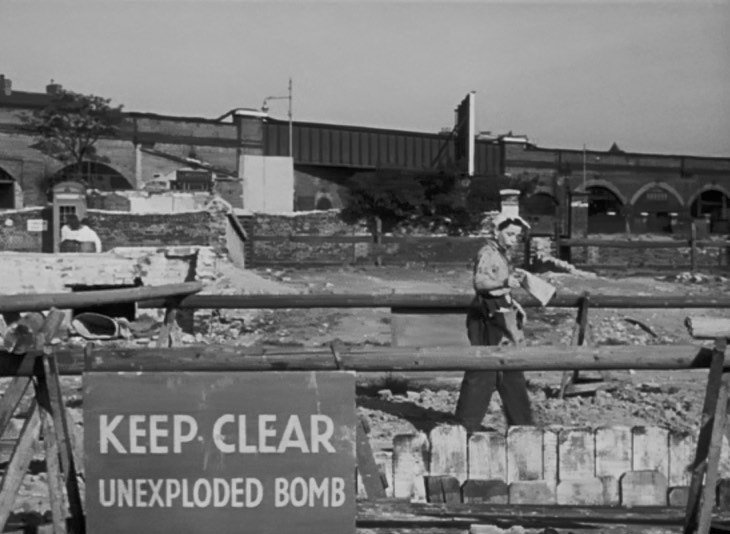 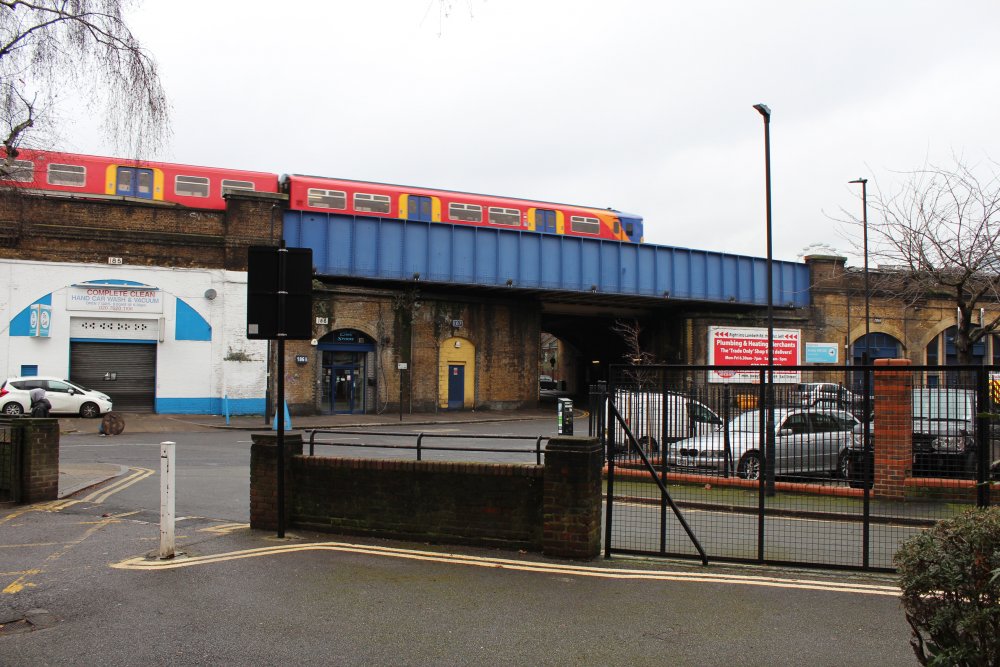 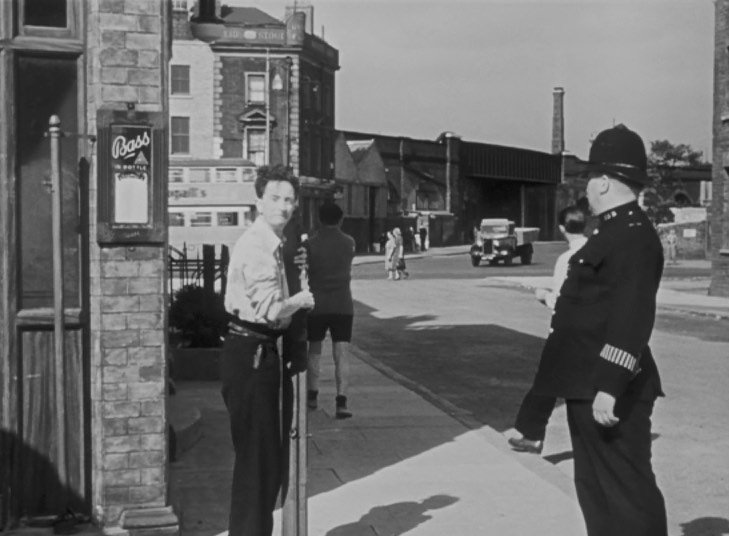 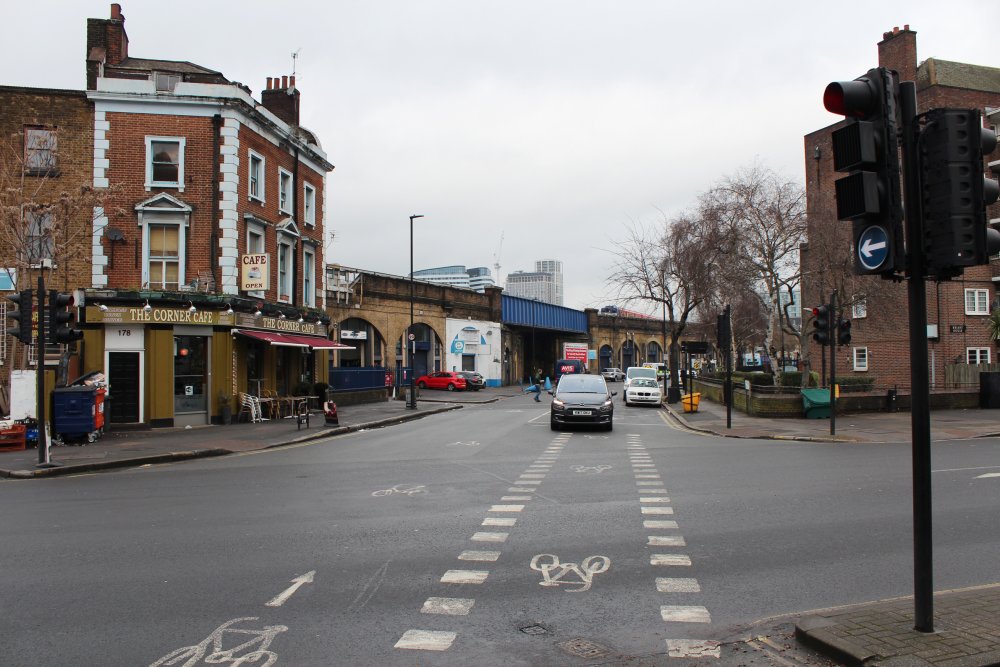 Lambeth Road itself is seen numerous times, most clearly when spivs and conmen capitalise on the potential for law-breaking following Pimlico’s new position as a foreign state. Busloads of people are seen on the road, coming from miles around to take advantage of dodgy deals and stock up on black-market nylons and Danish eels. 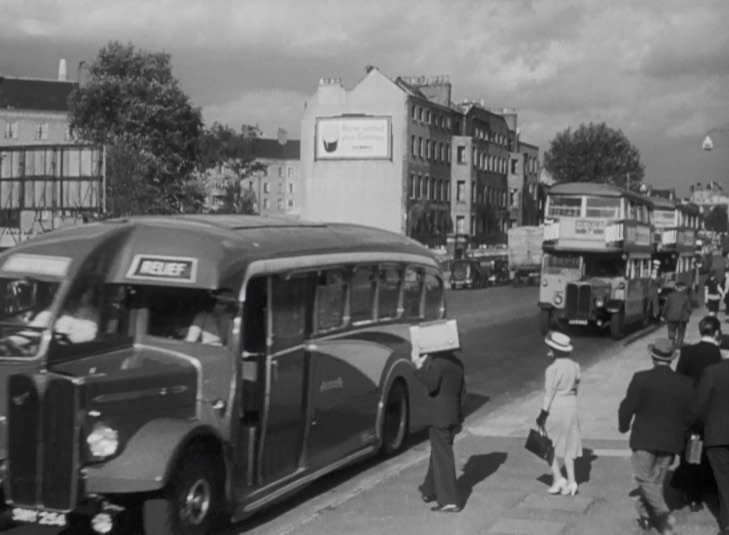 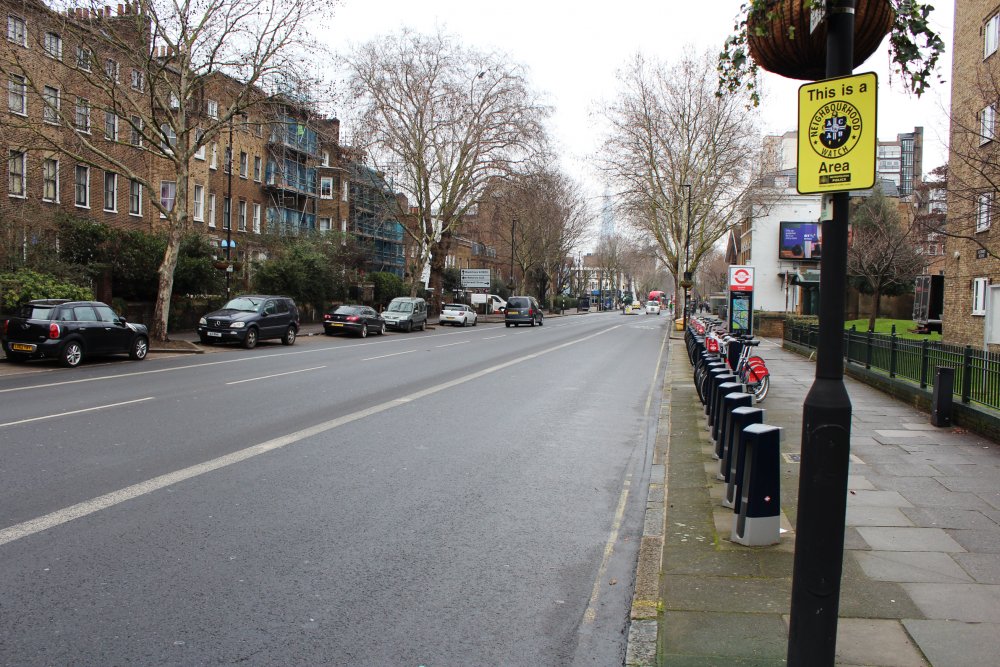 Behind the China Walk estate, the railway bridge continues with its distinctive arches. It’s now the home of many businesses, including the Pimlico Plumbers, named after the film and in the news of late for their famously large anti-Brexit sign. 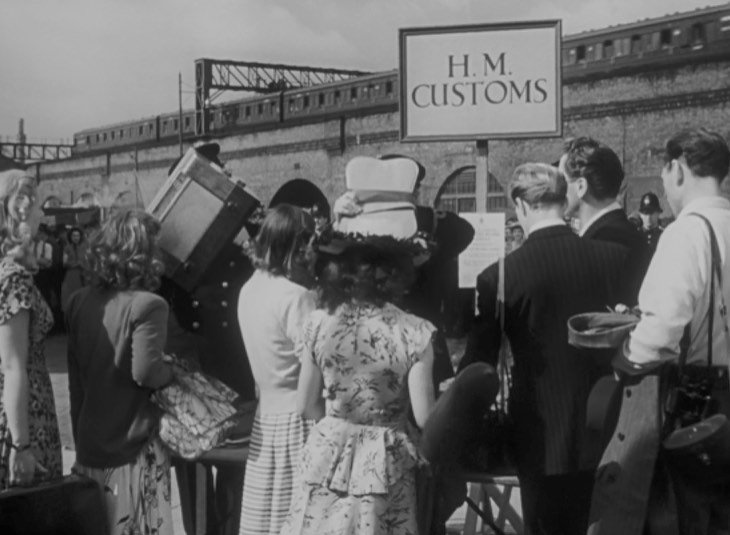 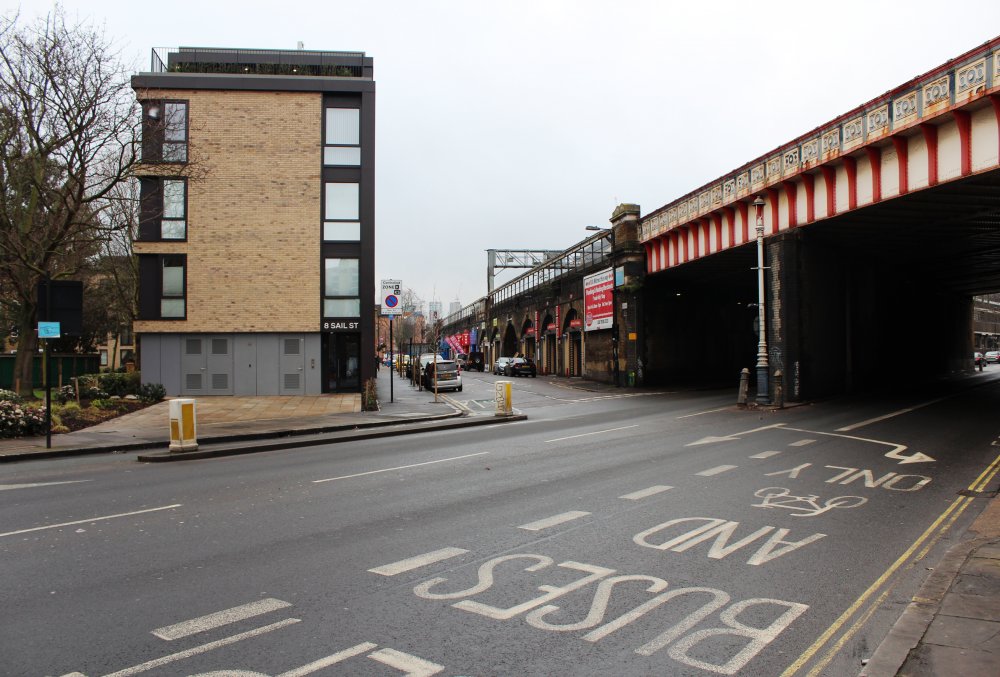 Most of the original buildings that were spared from bombing during the war have since been knocked down to make way for new buildings, but a handful of original fragments remain. When Police Constable Spiller (Philip Stainton) is sent over the border to turn the water back on, we see him turning the hydrant in the middle of Lambeth Walk. The flats at the back are still recognisably the same, though the buildings to the right have all since gone. 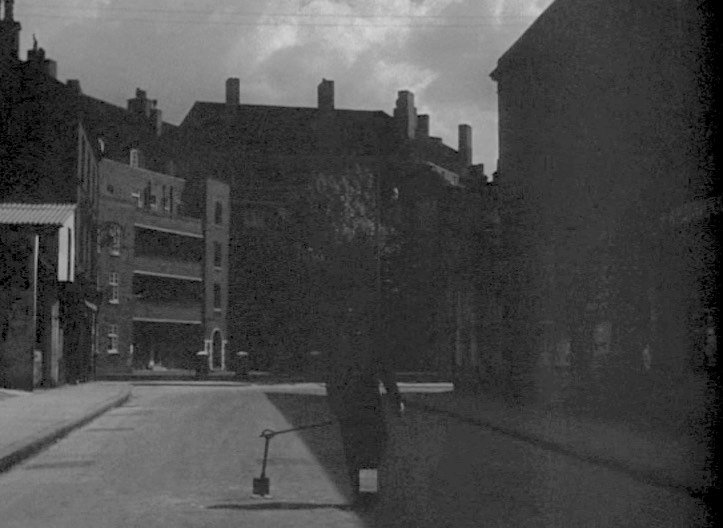 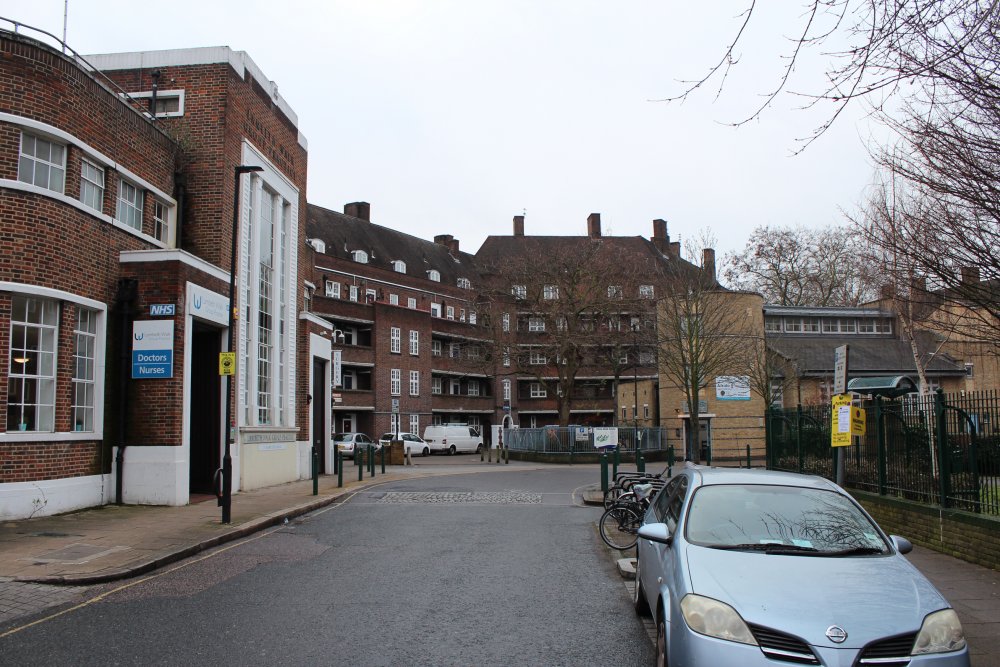 The railway crossing on Lambeth Road also features heavily throughout, and is in many of the film’s pivotal scenes. It’s where the large crowds gather to throw the Pimlico residents food. 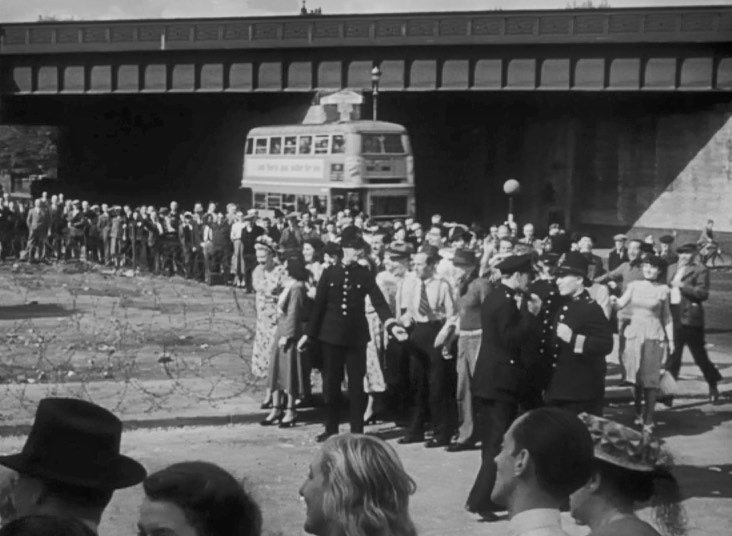 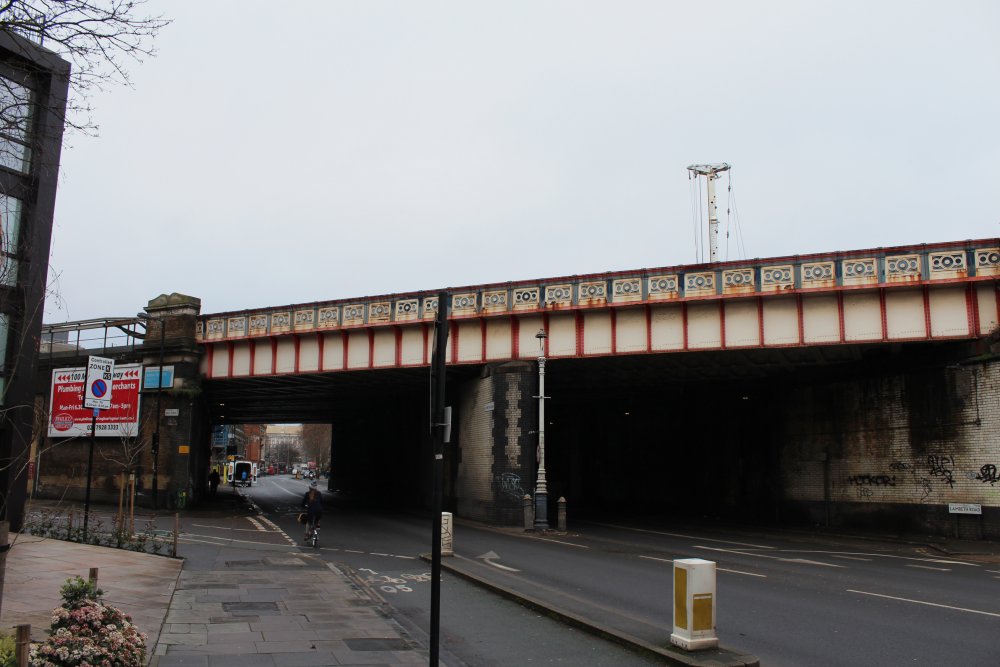 In the final moments of the film, we again see an expansive view of Lambeth Road, with its large houses and the spire of Surrey Chapel – now the Oasis Hub, Waterloo – seen just above the rooftops. Arthur has finally built his lido and Pimlico is restored to Britain. Its residents decide it’s better to be part of the wider community than isolated away behind borders. 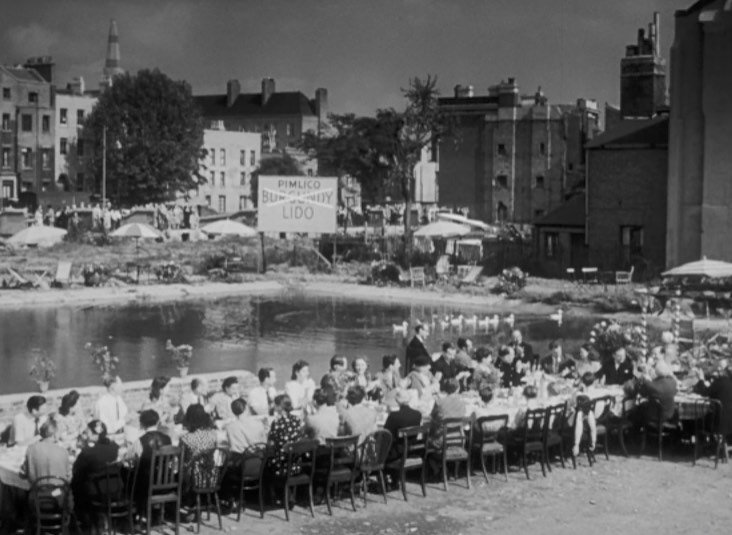 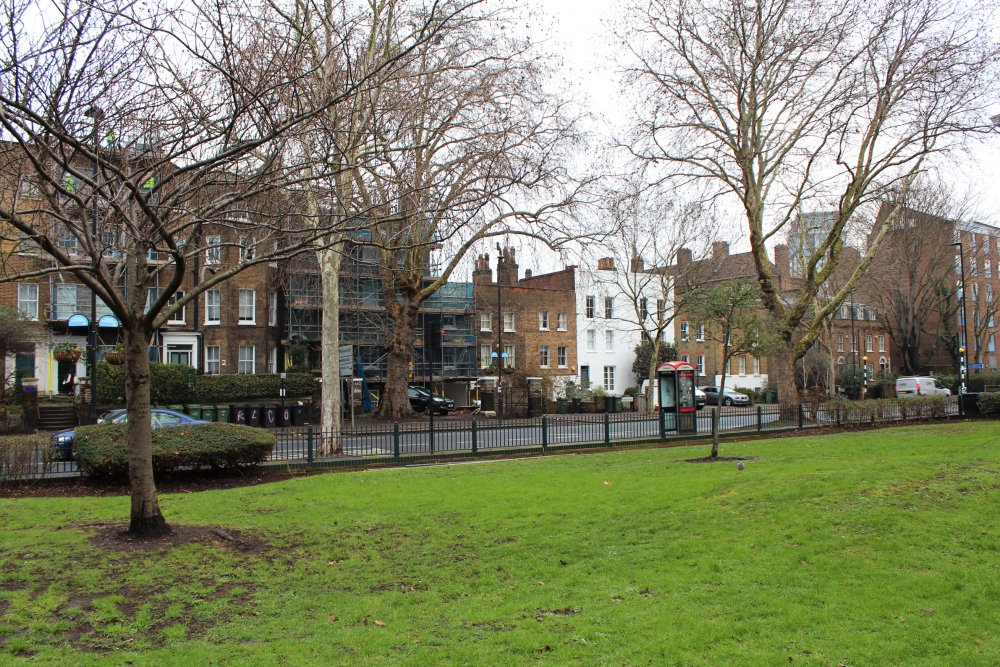