Get the look: One Flew over the Cuckoo’s Nest 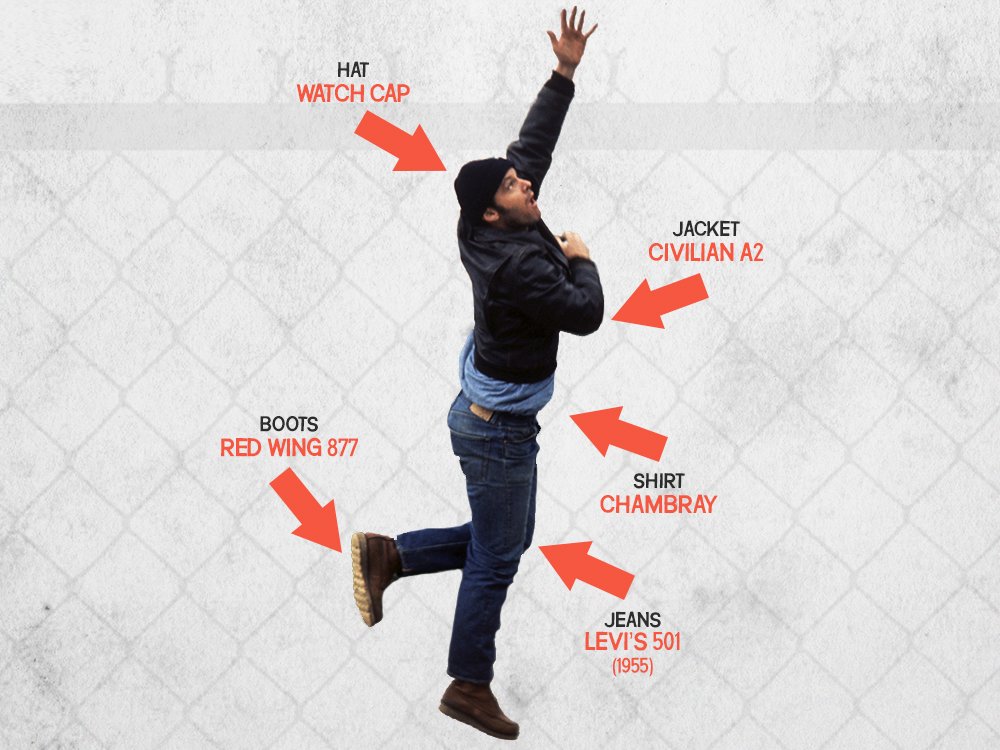 The clothes Jack Nicholson wears as the rebellious Randle P. McMurphy in the 1975 classic One Flew over the Cuckoo’s Nest effortlessly capture a mid-century American style that remains as popular today as it was 50 plus years ago (Ken Kesey’s novel was published in 1962, and the film is set in 1963).

To help us analyse Jack’s timeless look we recruited the expert opinions of Ben Chamberlain and Adam Cooper from London’s American Classics menswear store to provide a handy guide for all McMurphy wannabes. 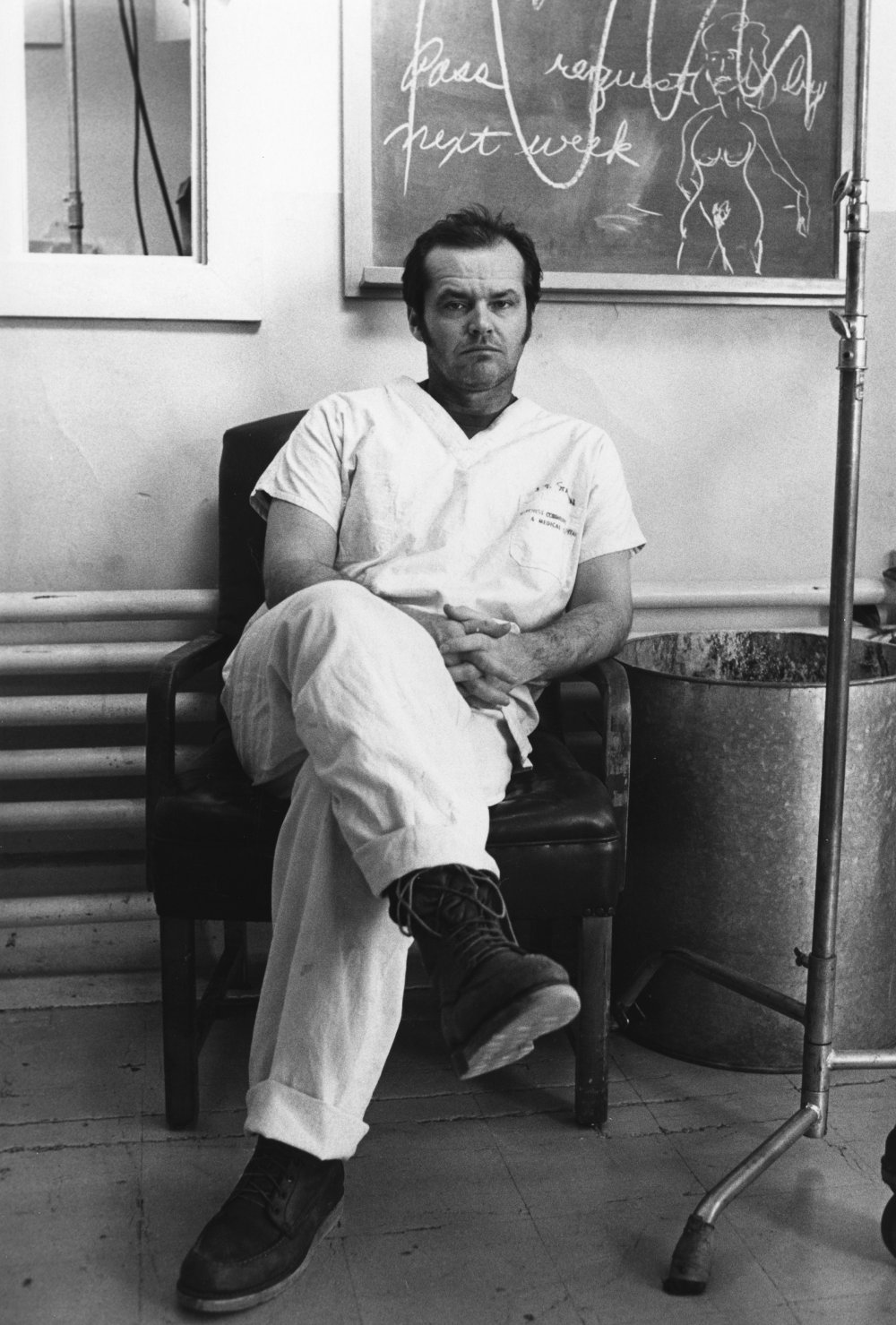 These are Red Wing 877s, specifically the 10-hole version. Introduced in 1953, 877s are a classic workwear boot, originally designed for the US hunting community and notable for their white, wedge sole and traction tread (clearly seen in these stills). These boots were the ideal footwear for a range of manual work, including roofing and carpentry, as well as being a good option for a game of basketball. 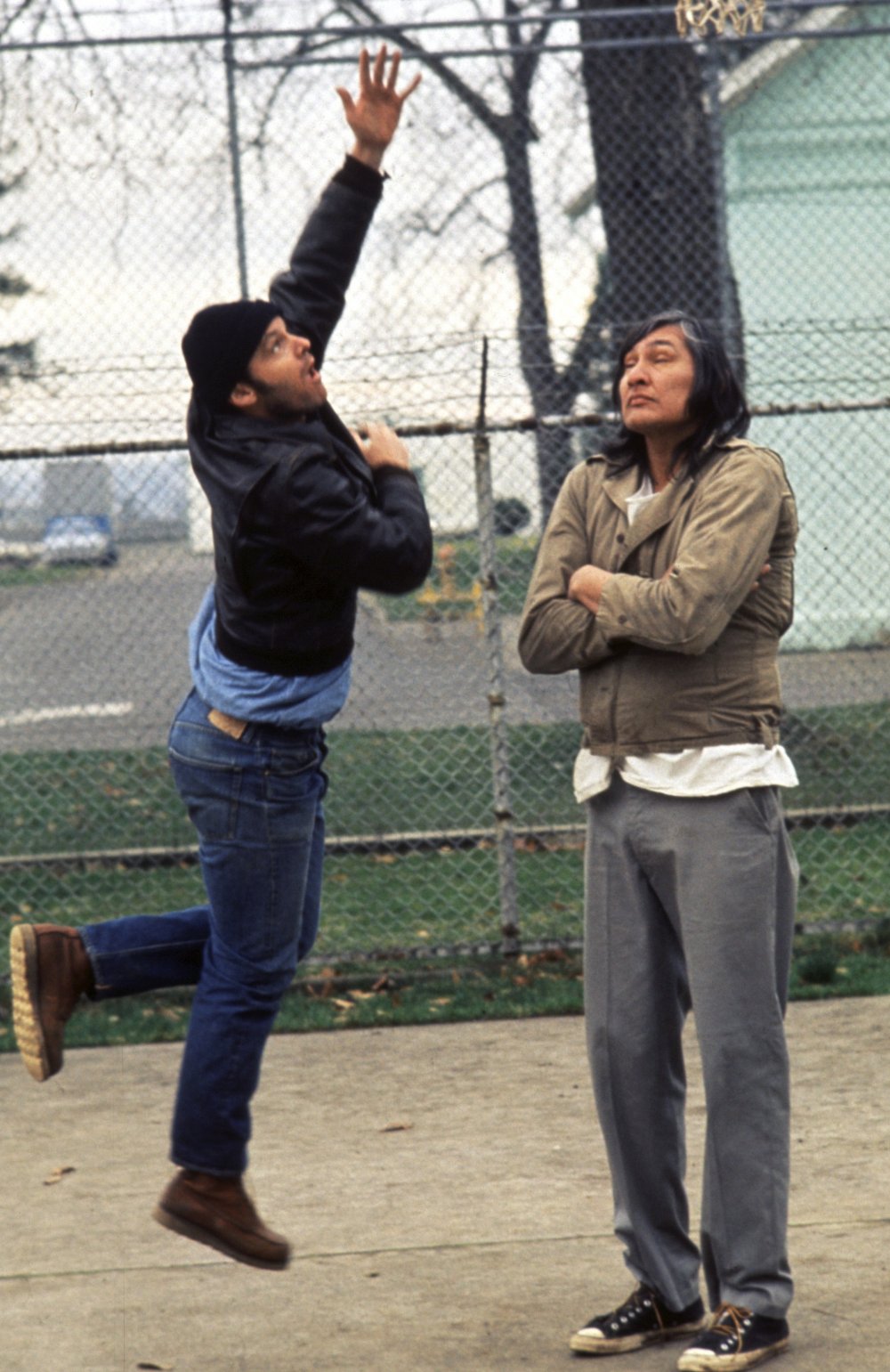 Our experts from American Classics had no problem identifying these as a pair of faded Levi’s 501s, specifically the 1955 cut. The 1955 version is the seminal shrink-to-fit jean, with a straight leg cut and a button fly. Associated with the original rock’n’roll era, this cut was worn by Marlon Brando in On the Waterfront (1954) and Marilyn Monroe in The Misfits (1961), but not – as commonly thought – by James Dean in Rebel without a Cause (1955). Dean wore a pair of Lee jeans. Levi’s bowed to public demand and reissued the cut in 1995, and it remains available today. 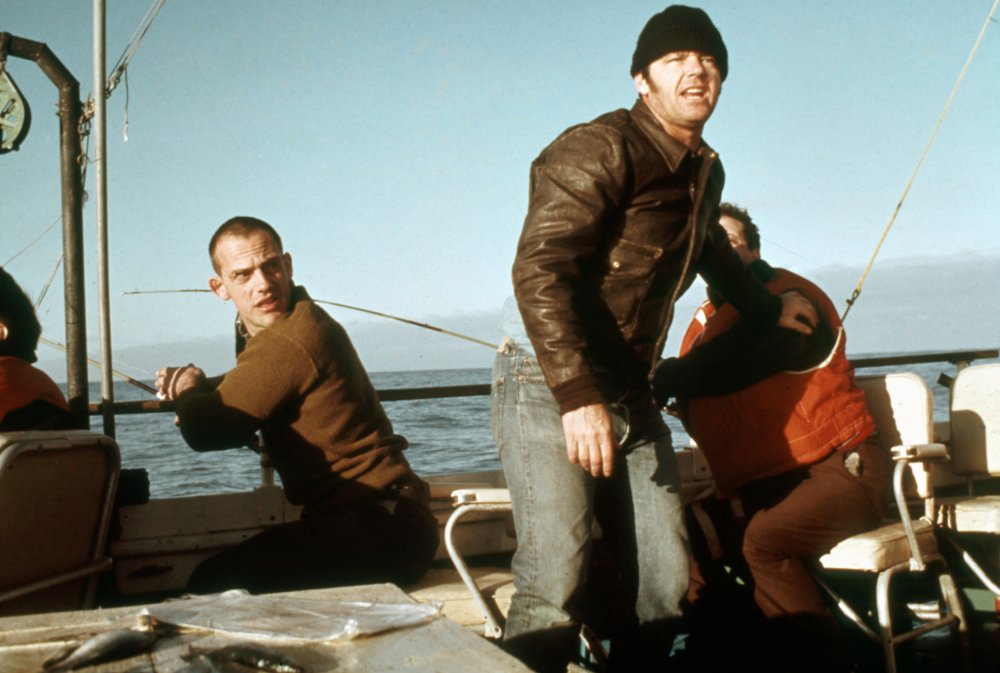 Jack wears a classic Chambray shirt, as modelled by generations of American workers (hence the term blue collar worker). Chambray has a lighter weave than denim and was the standard shirt worn by the US Navy for most of the 20th century. 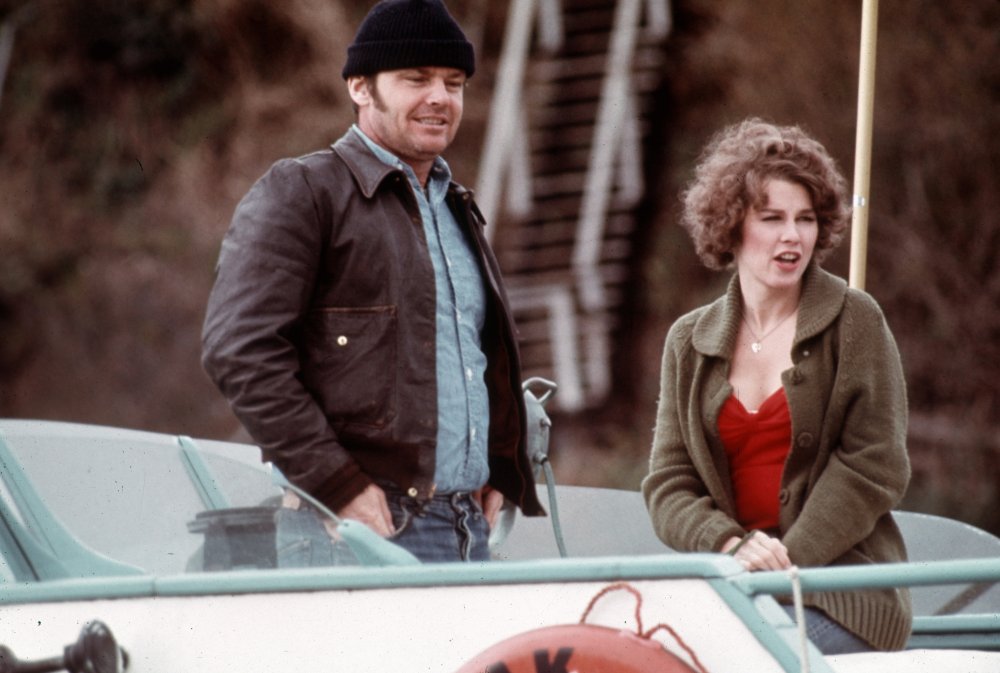 According to our experts this is a civilian A2 leather jacket. Based on the US Air Force flight jackets of the 1930s the cut is the basis for most postwar biker leather jackets. Eastman produce high-quality reproductions – although be warned style this cool doesn’t come cheap! 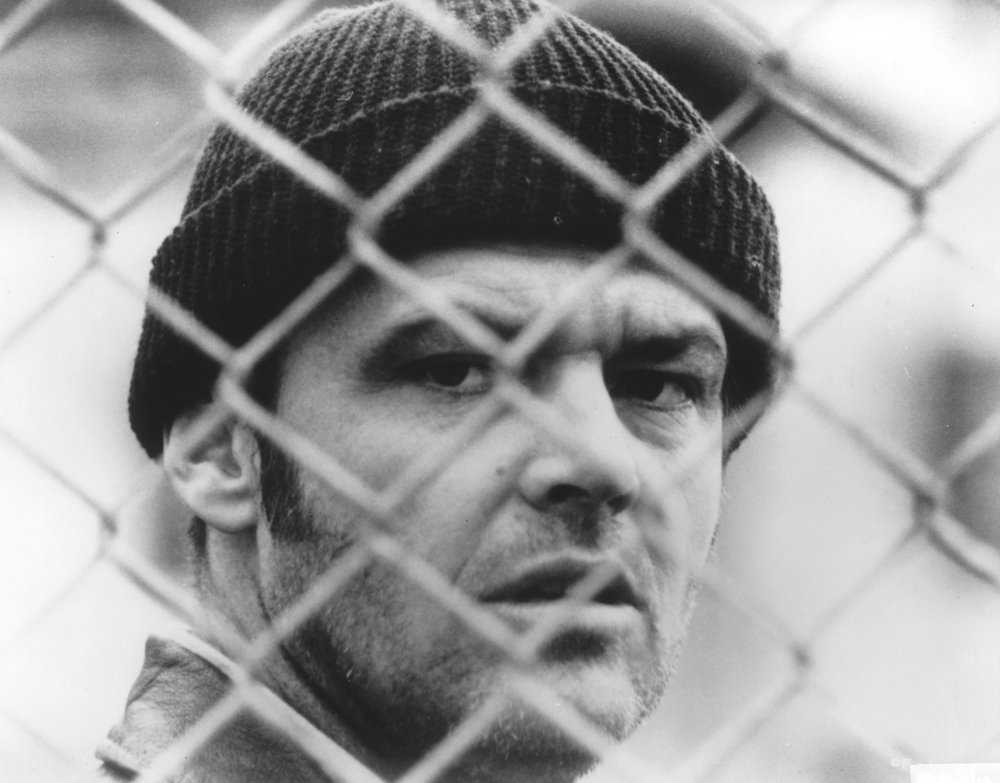 Perhaps the most recognisable part of his outfit, Jack’s hat is a watch cap, with a distinct six-piece crown and made from worsted wool. Issued to sailors to ward off the extreme cold aboard ship, the watch cap takes its name from being worn in the exposed and lonely positions of the ‘watch’. Like Chambray shirts these were regular US Navy wear until the 1970s, perhaps hinting that McMurphy may have worked as a sailor or docker (Nicholson played another seaman in 1973’s The Last Detail). 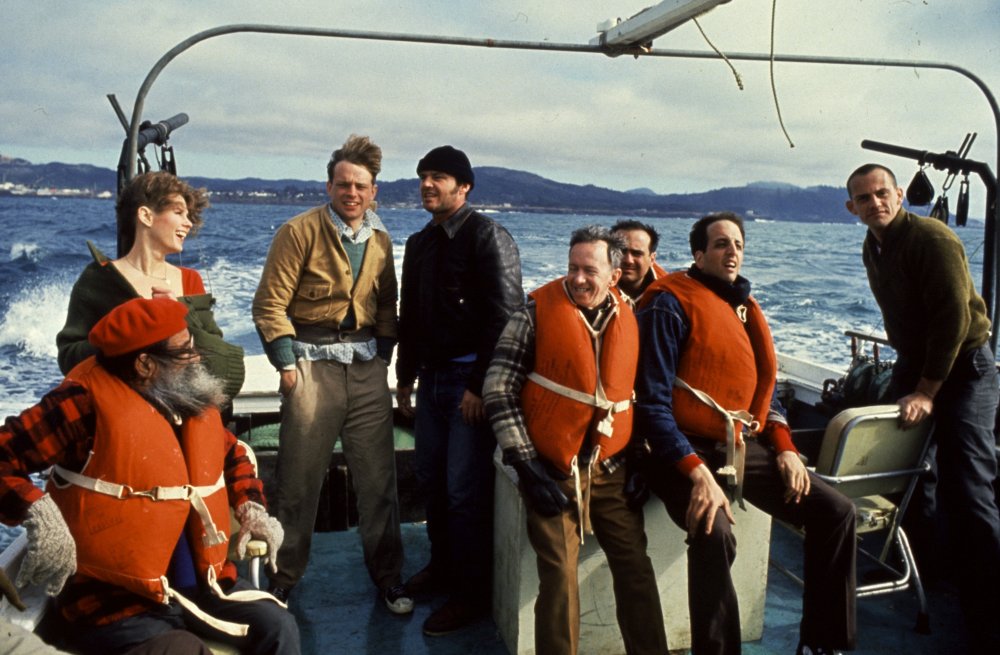 In the early 1960s all these items were army surplus and would have been donated to worthwhile institutions such as the Oregon State Hospital. Nowadays they are highly desirable, and originals are as rare as a bad Jack Nicholson movie from the 1970s. However, reproductions can be found at American Classics and most other fashionable menswear outfitters.

Finally, gentlemen of a certain height might be tempted by Chief Bromden’s casual look from the basketball court (see image above): grey chinos, Converse high tops and a classic army surplus M41 two-pocket jacket – ideal for keeping your Wrigley’s Juicy Fruit in.

Thanks to Ben and Adam at American Classics for all their help.