Nothing to stop us now: the BFI Film Academy’s graduates

After two weeks of intense workshops and tight production schedules, 54 young filmmakers have emerged from the BFI’s first residential Film Academy with six completed short films. Having watched the results for the first time during their graduation ceremony, they spoke to us about their experiences.

“You’re lying in bed, and it’s 6am, and you want to snooze, but then you look at the timetable and you’re like, ‘I’ve got a masterclass with Edgar Wright today – of course I’m going to get up!’”

Nineteen-year-old Charley Packham has just graduated from the BFI’s first Film Academy residential campus. One of 54 young people selected from all over England for their filmmaking prowess, she’s describing the hectic schedule of the two-week programme at the National Film and Television School (NFTS), a kind of film production bootcamp which – after putting the 16-19 year old students through the mill with tight deadlines, steep learning curves and early starts – has borne fruit with six completed short films.

“I was scheduling extraordinaire,” Charley jokes. “I think the maximum amount of sleep I’ve had on any night is five hours, but I genuinely don’t know what I’ve been running on. I don’t think caffeine is keeping me awake, it’s keeping me alive!”

She’s producer on Cha Cha Cha, the comic story of an argument between a middle-aged married couple as the wife prepares for another spiritual retreat to India. Only now has Charley seen the fully completed film, with sound lock, at the premiere of all six films following a graduation ceremony for the 54 students at BFI Southbank.

Showreel of extracts from the students’ six films

“It’s funny!” she exclaims. “Originally the script was not funny – it had funny elements to it but it was quite melodramatic. It’s a marital relationship that’s gone a bit awry because they’ve got completely different personalities. That’s quite difficult for 16-19 year olds to do, because you haven’t spent that much time with someone in that intimate way. Who are we to say what these middle-aged people think about their marriage? We don’t know and we wouldn’t pretend to! So we did what we could do, which was to make it funny.”

From North London, Charley originally got herself noticed with a music video she made for A-level coursework, which won the Media Magazine award for best student music video. “Because I’d done a music video, I thought that was where I wanted to go. I still do to a degree, because I really like music – I started off doing stills photography for bands. But meeting Michelle [Eastwood], who was our tutor, I realised that producers actually have a lot of creative input. I thought it was quite logistical, with lots of budgets – which it is, but you also develop scripts and oversee the whole project.”

“Before I came here,” she continues, “I would never have said that I wanted to be a producer, because you’re never really told what a producer does. I think everyone came here thinking they wanted to be a director, but this really changed their minds!” 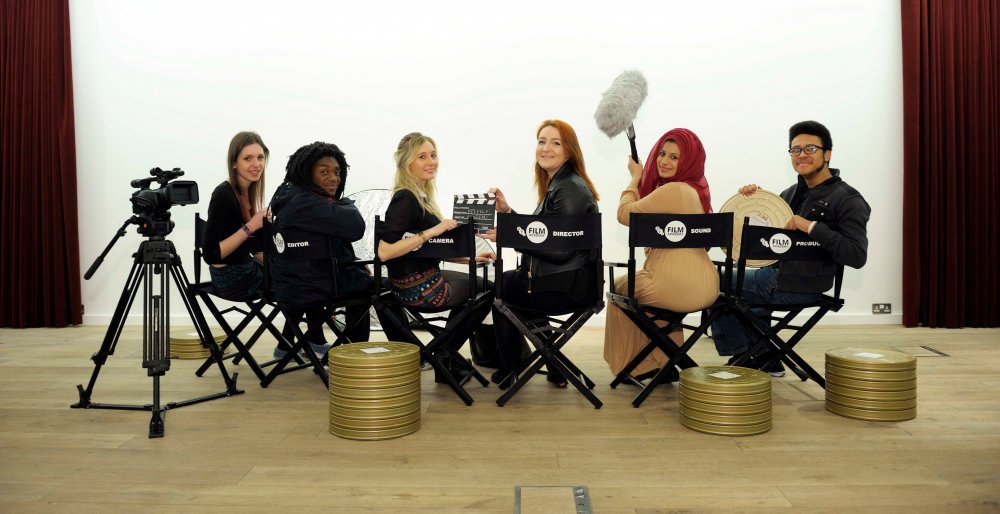 The students each chose a discipline to specialise in – directing, producing, cinematography, editing or sound recording – before being teamed into crews. Each crew was given a short play to turn into a film by the end of the fortnight, taking advantage of the NFTS’s film studios and equipment. Industry pros like directors Brian Gilbert (Wilde), Ian Knox (The Privilege) and Corin Hardy (Butterfly) were on hand to provide day-to-day mentoring, with Edgar Wright (Shaun of the Dead, Hot Fuzz), producer Rebecca O’Brien (Sweet Sixteen, The Spirit of ‘45) and cinematographer Brian Tufano (Billy Elliot, Adulthood) each giving masterclasses on campus to share their experiences in film production.

Lizzy Mansfield was one of those who chose the directing path. She’s just helmed Man of the House, the story of a grieving mother struggling to come to terms with the death of her husband. Director Corin Hardy was her crew’s mentor. “He’s just the most incredible guy I’ve ever met,” she says. “He’d spent five years making this stop-motion animated film. It sounds cheesy, but he was the example that anything’s possible if you have enough passion and dedication. I asked him if he regretted making this film for five years, and he said no, because he’d learned so much, about making films but also about himself as a person.”

Based in Newcastle, and due to start university in September, Lizzy appears thrilled to see the finished film. “The last time we saw it I had to make the clapping noise in the cinema,” she explains, “so it’s nice to see it all done and finished. And it was interesting to see how that changed the film, because sound is such a massive part of film – without that, it’s hard to get a full picture.” 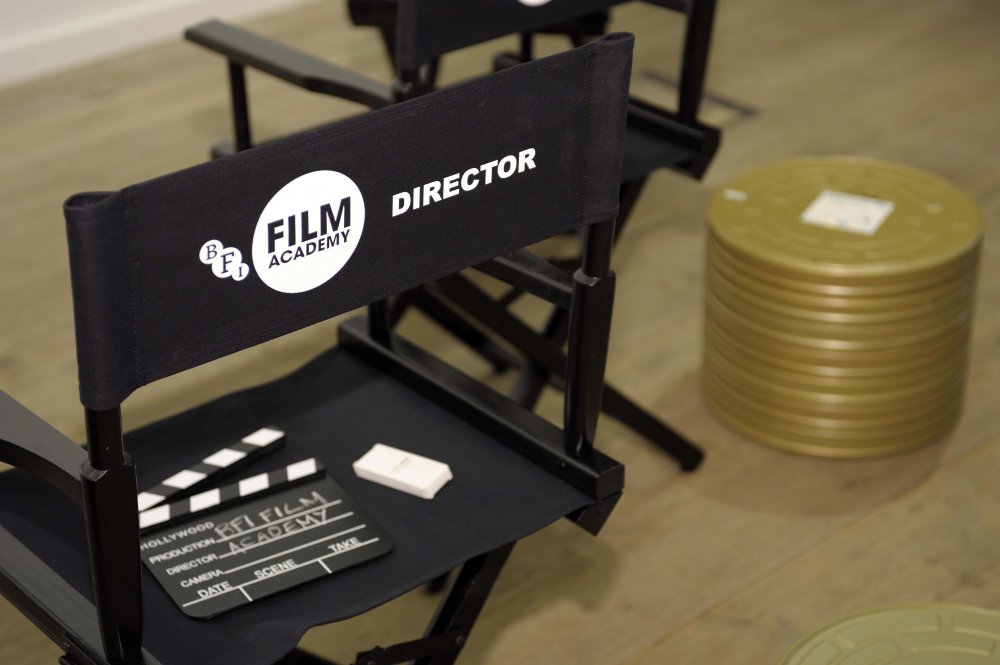 Is there anything she’s disappointed with? “There are some shots that we should have got, but didn’t,” she responds. “And that’s my responsibility as a director to make sure you get them. So that’s something I’ve learned for next time. I think the editors did a really good job of working around that.”

Daniella Rice, the producer on Been a Riot, a tense drama set during the 2011 London riots, is also delighted to see the results of the last two weeks on the big screen. “I was squeezing my friend’s hand. After all the effort that’s gone in, you get really proud of the final outcome.”

From Dacorum, near Hemel Hempstead, Daniella took part in a regional Film Academy but didn’t intend to apply for the residential campus. “I thought, the best 54 young filmmakers in the country – that’s not me!” she explains. But she was encouraged to apply and, having got in, feels like she’s found her vocation. “I’ve discovered what I want to do, and what I love doing. Each thing that I do brings out other skills in me that I’ve never realised before or improves other skills that I have. It’s been the time of my life!”

“It’s only now that I’ve stepped back and realised how much I’ve learned,” agrees Emily Ledger, the 18-year-old producer of The Other Side of the Wall. “You learn that punctuality and co-operating with a team on set are so important. Even though producers aren’t usually on set with larger films, I just mucked in wherever I could.” 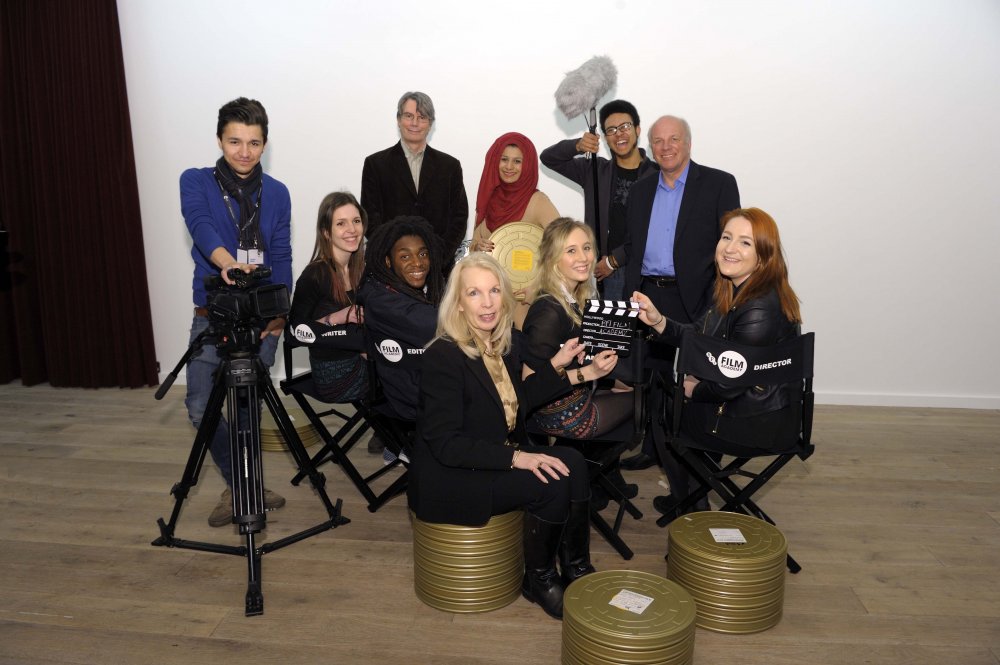 Directed by Ryan Thompson, The Other Side of the Wall is a moving two-hander about a man who confronts the grieving mother who’s lingering outside his house, where her son was killed in a road accident. Like several of the students, Emily confesses to initially being none-too-sure about the script her crew was given to work from. “My first impression was that I didn’t really like it at all. It wasn’t until our director started to develop the script, and after finding out more about the characters through character biographies and visualising the set, that I thought ‘I actually really like this’. It’s not real until you go on shoot.”

Emily took part in the regional academy in Norfolk, and is now convinced that film producing is the job for her. “I think I recognised something that I was good at, which is organising and dealing with money,” she comments. “Hopefully I can find my way into it, using this as my platform.”

Charley is also determined to break her way into the industry. “I’m getting a bit older now, so I’ll be too old to do anything like this next year. So from now on, it’s trying to get to places on sets, trying to get internships or work experience in professional companies, trying to meet the right people – that’s the future.”

“People here seem genuinely up for collaborating, and working on future projects. And that’s so exciting,” concludes Lizzy. “We can basically form a film crew, and after that there’s really not anything stopping us from just going and doing it and making more films.”