How Guyana-born Norman Beaton blazed a trail for black actors on British TV and earned a place in the sitcom pantheon with the beloved Peckham barbershop series Desmond’s. 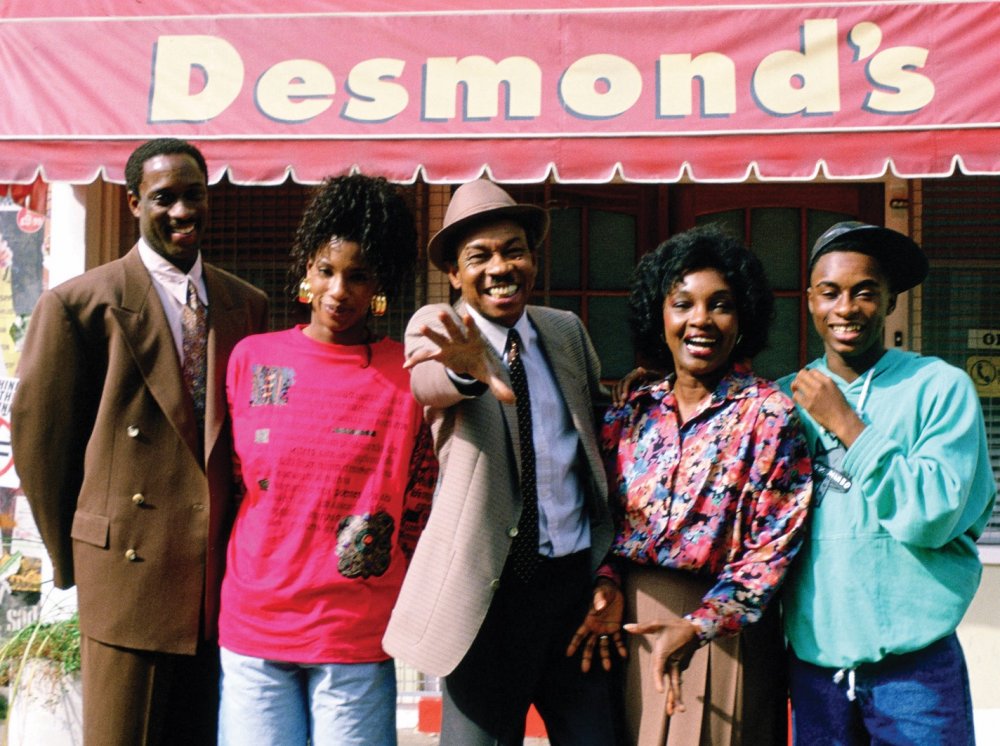 Buy tickets for the Desmond’s reunion screening at BFI Southbank

Known to millions of viewers as Desmond in Channel 4’s eponymously titled sitcom, Norman Beaton was the UK’s first bona fide black TV star, a just reward for the actor who demanded of Humphrey Barclay, then a producer at London Weekend Television: “England owes me a series!”

Born Norman Lugard Beaton in Guyana (then British Guiana) in 1934, he initially trained as a teacher, reaching the level of deputy headmaster, but all the while developing and maintaining his love of ‘the lively arts’, particularly the works of Shakespeare, of which he was prone to quote liberally, and music. His love of calypso led him to form the group The Four Bees, and in 1959 they reached the top of the Trinidad and Tobago hit parade with the song ‘Come Back Melvina’.

Arriving and settling in the UK the following year, his brush with musical success in the Caribbean was to cut little ice when faced with the harsh realities of life in 1960s England. However, with a perseverance and self-belief that were to stand him in good stead throughout his career, he eventually gained a teaching post, significantly becoming the first ever black teacher in Liverpool.

During this period of his life, and with a young family to support, Beaton also began playing guitar in local clubs such as the famous Cavern, accompanying other struggling young artists on the then burgeoning Liverpool arts scene. As a result of his association with local poets and musicians, he was inspired to compose the musical drama Jack of Spades, for the Everyman Theatre, charting the troubled (and highly controversial) relationship between a black man and a white woman. 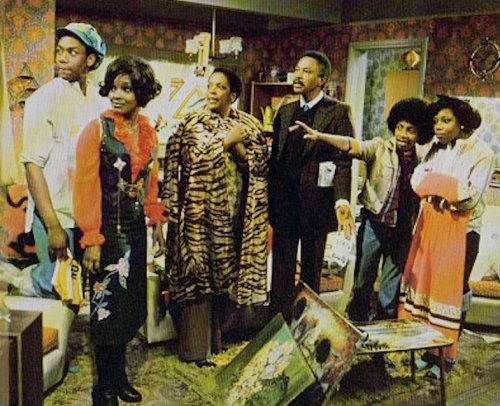 Buoyed by his first flush of theatrical success, Beaton relocated to Bristol, finding work at the Old Vic as composer, and now actor. A steady stream of stage roles followed throughout the decade and would eventually see him making his TV debut in 1967. Sadly, his early television roles were generally of the stereotypical variety summarily meted out to black actors of the day, such as bus conductors and criminals in series such as Z Cars, The Protectors and The Troubleshooters.

Meanwhile, his stage career was reaching new heights, notably his performance of Ariel in Jonathan Miller’s 1970 production of The Tempest, which he later cited in his autobiography, Beaton but Unbowed, as “the most important role of my acting career”, and his turn as Nanki-Poo in The Black Mikado, the all-black adaptation of Gilbert and Sullivan’s operetta, opposite Michael Denison, Floella Benjamin and Patti Boulaye.

His increasingly impressive work on stage and TV soon led to the big screen, with the supporting role of the preacher in Horace Ové’s pioneering 1976 drama Pressure (the first UK feature by a black director), which ultimately led to him being brought firmly to the attention of mainstream TV audiences, in the soon to be familiar guise of paterfamilias, as Sam Foster in LWT’s The Fosters. 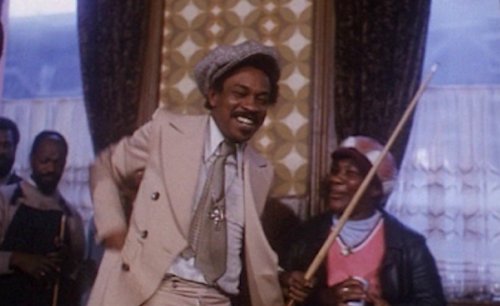 Notable as the first black-led UK sitcom, and for providing Lenny Henry with an early role, Beaton’s portrayal of the jovial father figure was to set the seal on his future TV career and cement him in the minds of the home audience. However, his next film appearance was to be in total contrast to the benevolent patriarchs that would provide the core of his small screen output, that of wily con artist Dave King in Anthony Simmons’ lively, authentic Black Joy (1977).

Beaton’s character provided the knowing heart of the story of a naive Guyanese man, played by Trevor Thomas, who arrives in Brixton and is soon embraced by the shiftless but avuncular Dave. In the hands of a lesser actor this role could have been deeply unpleasant, but with his unique ability to present an air of ersatz gentility, while almost simultaneously spouting earthy Caribbean epithets, Beaton created a hilarious, likeable rogue, winning him the Variety Club of Great Britain’s actor of the year award for 1977.

Now a recognisable screen presence, Beaton would go on to chart further new television territory, this time in the BBC drama Empire Road, recognised as the first black soap opera (a narrow field to be sure). Playing the role of father and community leader Everton Bennett, Beaton provided yet another portrayal of paternal wisdom, but this time as a no-nonsense representation of West Indians in the UK, suffering the vagaries of life but maintaining the very necessary wit and humour so essential to survival. 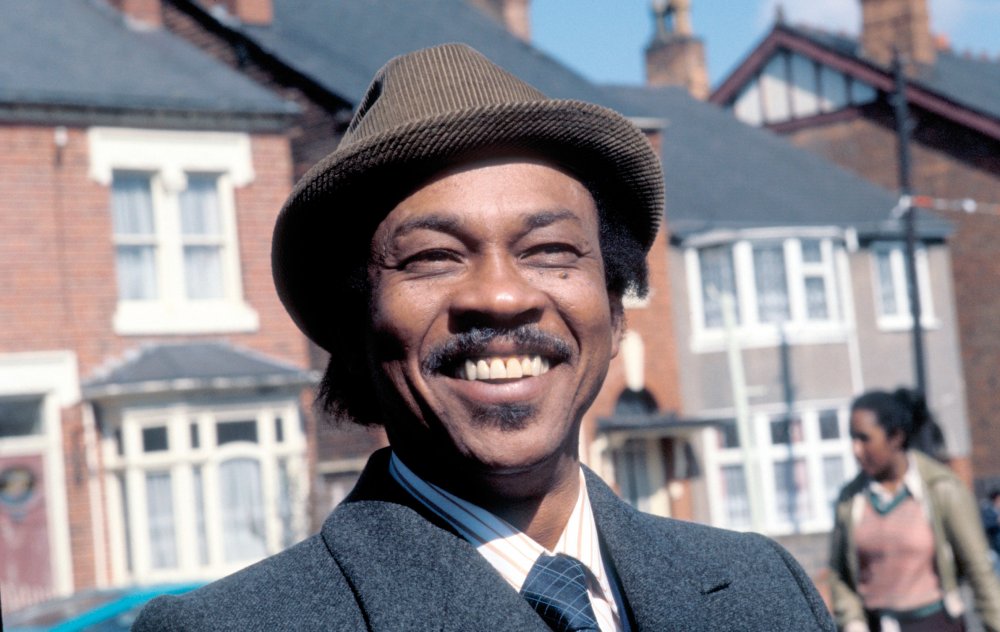 Numerous stage and TV roles would follow, notably his work with Trinidadian playwright Mustapha Matura on productions such as Play Mas, and Nice, a tragicomic monologue later adapted for Channel 4, delivered to perfection by Beaton as a prison trustee explaining, direct to camera, how he arrived at his current position.

He further displayed his range in an all-black production of Measure for Measure (indulging his love of Shakespeare) and as Haitian revolutionary leader Toussaint L’Ouverture in the Riverside Studios stage adaptation of C.L.R. James’s book The Black Jacobins, a far cry from his domestic TV comedy roles, but one which served to draw new audiences to the theatre and proved a triumph for the star.

Hollywood beckoned in the late 1980s, with a role as the Jamaican governor, opposite Denzel Washington and Robert Townsend, in the crime thriller The Mighty Quinn (1989), and an appearance on the hugely popular Cosby Show. In 1986, by now well-established as a major figure in UK entertainment, he wrote his autobiography, a frank and insightful account of his journey so far, and an important piece of work in its own right, but made doubly so by being the first memoirs written by a black actor in the UK.

The stage was now set for worldwide success in a series of his own, Channel 4’s runaway hit sitcom Desmond’s. Set in a Peckham barbershop and running for six series between 1989 and 1994, Desmond’s was the brainchild of St Lucian writer-director Trix Worrell, and re-established a long standing working relationship between Beaton and veteran actress Carmen Munroe, and would prove to be the cap on their already estimable TV careers. 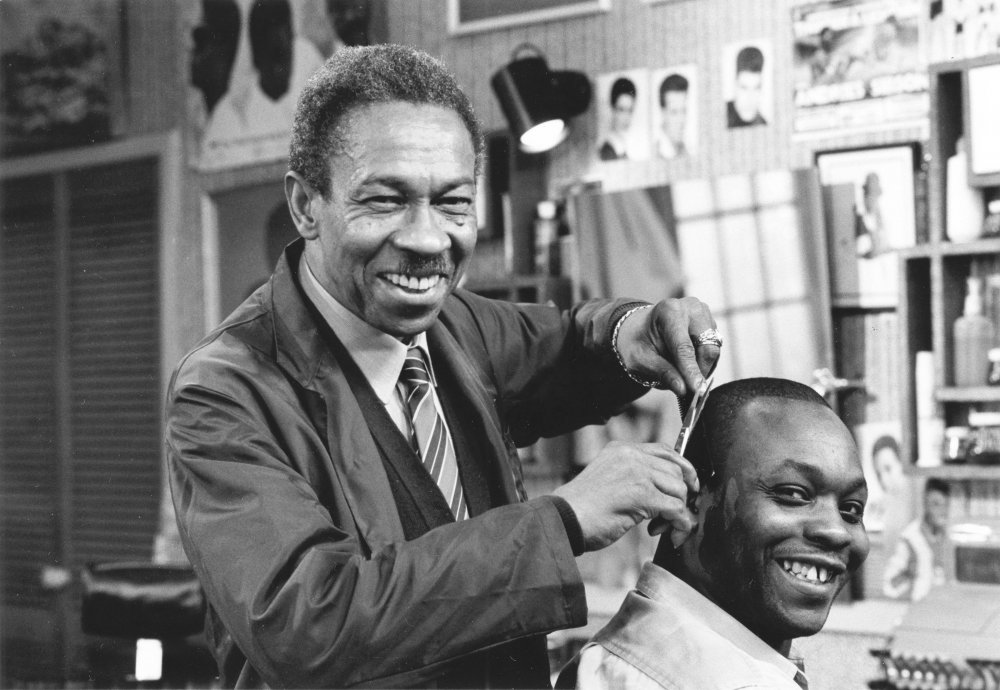 Sadly, in 1994, during a return visit to his native Guyana, Norman Beaton collapsed and died. He was just 60 years old.

Relatively speaking, his screen career was short at just 27 years, and less than 20 years of those were as a leading player, but his influence was immense. To those of us growing up in his wake, Beaton was to 1970s British TV what Earl Cameron was to 1950s film: a pioneer, a true star and a unique, instantly recognisable figure.

His mastery of florid language and comic business was peerless, with the ability to turn a seemingly banal phrase into a hilarious piece of prose. His commitment to the education and development of young performers saw the BBC Radio 4 Norman Beaton Fellowship come into being in 2003, providing training and opportunities for new actors in the field of radio drama.

Norman Beaton was an educator, a rogue, a lover of the classics and a purveyor of salty Caribbean wit. He was a major star, yet unquestionably authentic and real; a complex man, yet down to earth. He was all of these things, and he was ours.