The nominations are in for the 2014 British Independent Film Awards

’71 and Pride lead the race in the run up to the British Independent Film Awards, in a boom year for UK independents. 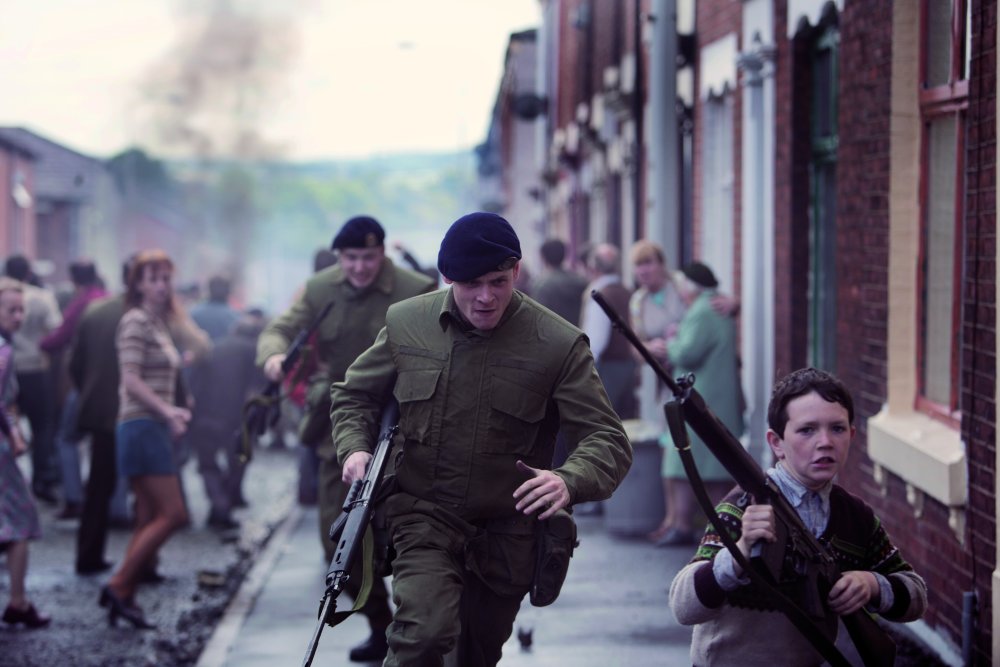 The Northern Ireland-set thriller ’71 has picked up nine nominations for this year’s Moët British Independent Film Awards (MBIFAs), with Pride taking seven and Catch Me Daddy, Frank and Mr. Turner all on five.

Yann Demange’s drama about a soldier’s nightmarish night on the streets of Belfast in the early 70s took nominations for best British independent film, as well both best director and best debut director. It’s also in the running for best actor for Jack O’Connell, best supporting actor for Sean Harris and best screenplay for Gregory Burke.

Started by Raindance in 1998, the awards are now in their 17th edition, with this year’s pre-selection committee choosing the nominees from over 250 submitted films.

“This has been a record year for MBIFA,” comment the awards’ joint directors Johanna von Fischer and Tessa Collinson, “giving our dedicated members their toughest challenge to date.”

They continue: “The shortlist demonstrates how the standard of creativity in British independent filmmaking continues to flourish year on year.”

The winners will be decided by an independent jury of industry professionals, this year to be headed up by director Tom Hooper, whose The King’s Speech was a 2010 MBIFA winner.

Hooper says: “I am honoured to preside over the Moët BIFA jury this year. It has been an extremely strong year for filmmaking here in Britain and I am looking forward to helping the very best of this year’s independent films get the recognition they deserve.”

Ben Roberts, Director of the BFI Film Fund says: “British independent films and talent have taken the world by storm this year, winning international awards and pulling in audiences at home and abroad. We’re very proud of the BIFA nominees supported by the BFI, including Mike Leigh’s Mr. Turner, which has filled UK cinemas this weekend, to Pride, ’71, Calvary, Frank, Testament of Youth, Belle, Catch Me Daddy, X+Y, The Goob, 20,000 Days on Earth, Night Will Fall and the short films Crocodile and Keeping Up with the Joneses.”

The winners will be announced at a ceremony at Old Billingsgate, London on Sunday 7 December.

20,000 Days on Earth
Next Goal Wins
Night Will Fall
The Possibilities Are Endless
Virunga

Flim: The Movie…
Gregor
Luna
Keeping Rosy
The Beat beneath My Feet