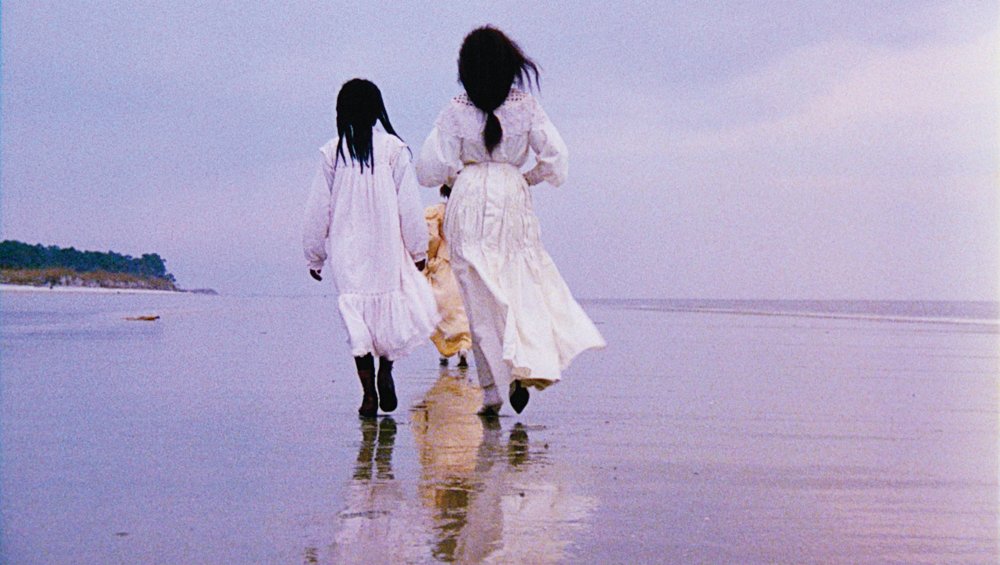 Asked who the greatest storytellers in the world are, I’d be tempted to point in the direction of black women.

Why? Well we’re full of stories, passed down to us by our mothers and our mother’s mothers.

We can convey how we feel with a slight raise of an eyebrow. Our tongues tease around language to find the most delectable word or phrase. If a suitable word doesn’t exist, we’ll make one up, enriching the world around us with a new word to add to the lexicon.

Yes, we’re full of stories, yet we rarely hear black women’s stories in the media – and only very occasionally in the cinema.

In film, black female storytelling is often aligned with myth and the supernatural. The image of the wizened old black woman sitting down to tell a story of time gone by is a well-used trope in cinema. The old women’s stories often merge reality with myth to the extent that you are left unsure what was real and what was imaginary.

These characters are often dismissed as deluded or written off as a laughing stock, yet their seemingly ridiculous stories often become intrinsic to the storyline. But they beg the question: why do black women’s stories and storytelling so often venture towards the supernatural? 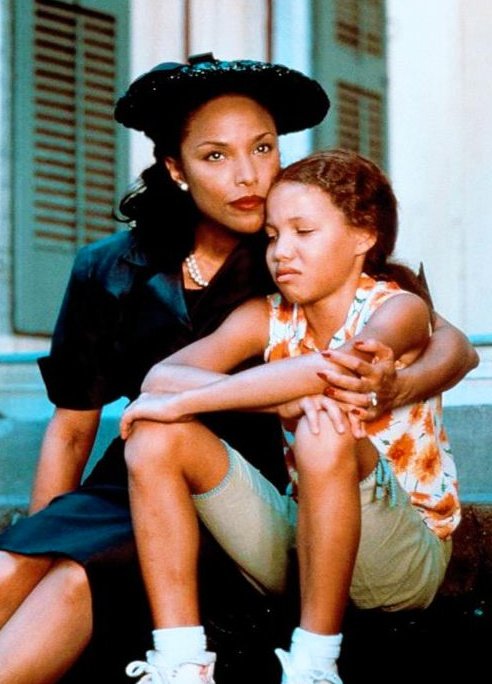 The 1997 film Eve’s Bayou, directed by Kasi Lemmons, is a perfect example of how black women are seen as connected to the supernatural.

It’s set in a prosperous Creole community in Louisiana in the early 1960s, where various female members of the Batiste family have the gift of second sight – the ability to see the future.

Ten-year-old Eve (Jurnee Smollett) is named after her ancestor who founded the town and was said to be a witch. Her aunt Mozelle (Debbi Morgan) works as a fortune teller and dabbles in voodoo on the side, though it is debatable whether Mozelle actually believes in voodoo or only practises it to supplement her income.

The women’s abilities are regarded as questionable, but they are believed nonetheless. When Mozelle has a vision of one of the Batiste children getting run over, their mother Roz (Lynn Whitfield) believes Mozelle immediately and runs home to keep the children safe until they get the all clear.

The level of respect given to visions and old traditions is a constant battle in Julie Dash’s landmark work Daughters of the Dust (1991). The film focuses on women of a Gullah community who struggle between trying to preserve the old traditions and being lured by the new world and the promises it offers.

Matriarch Nana Peazant (Cora Lee Day) attempts to make her family respect their culture and values, only to be dismissed as an old woman stuck in her ways by her family. While many ignore Nana Peazant, a few female members of her family stay with her to keep their cultures alive and remember their collective histories.

Although different in form and genre, both Daughters of the Dust and the British afro-dystopian film Welcome II the Terrordome (1993), directed by Ngozi Onwurah, reference the mass suicide of captured Igbo people and the myths that have since circulated around the incident.

Legend has it that African people decided to walk into the creek singing to drown themselves and escape slavery. In Igbo culture it was thought that when you died you would go back to the start – back to your ancestors. 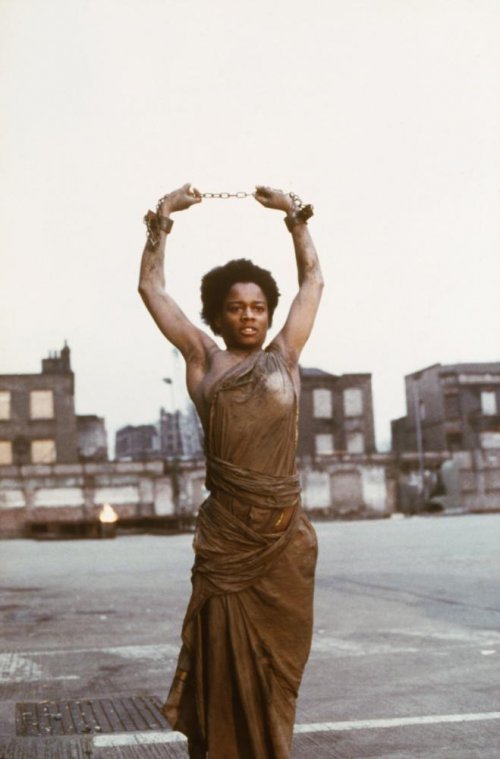 Welcome II the Terrordome reimagines the drowned Igbo people as being stuck in limbo and existing as struggling residents of a ghetto rife with racism and corruption.

The first feature by a black British woman to receive theatrical distribution, Welcome II the Terrordome is unflinching in its cruelty. The dystopian afterlife is a place of violence where black women are tormented by the deaths of their loved ones but have the agency to take revenge.

So why do we continually see black women’s stories being told from the position of myth and legend?

Watching these films – all featuring black women in a variety of situations using magic to their advantage – I see power. Power because even though they are figures who are often ridiculed or scorned, they still command attention. People both fear them (recoiling if a voodoo woman hisses in their direction) and respect them (trusting the potion whipped up by the local medicine woman over modern medicine, as seen in Eve’s Bayou).

In these three films, black women have agency and even destructive potency. In Welcome II the Terrordome, after her son is killed, it is Anjela (Suzette Llewellyn) who goes on a violent rampage against the police – something many of the residents of the Terrordome have long yearned for.

Steeped in tradition and the supernatural, these parts have allowed black actresses to delve into a wider range of characters than we normally see. Myth and magic are not all that we are, but – as these three special films suggest – they can be powerful aids in allowing us to become creators of our own stories.