How the filming locations for Mulholland Dr. look today

Is Club Silencio a real place? What’s behind Winkie’s Diner today? Here’s how the locations for Mulholland Dr. look now that David Lynch’s cameras have long since departed. 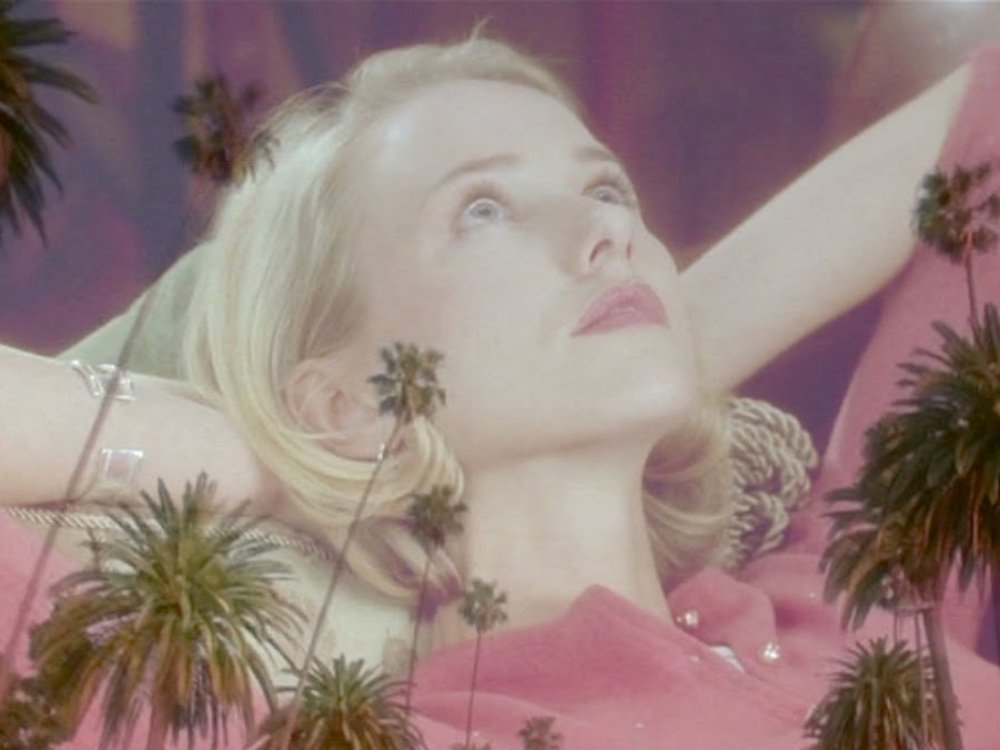 Mulholland Dr. screens as part of our Big screen classics series at BFI Southbank in January

Voted number one in the BBC’s 100 Greatest Films of the 21st Century poll, David Lynch’s Mulholland Dr. is genuinely a film like no other. With the tagline “A love story in the city of dreams”, it follows a wannabe Hollywood starlet, Betty (Naomi Watts), who tries to help a mysterious woman, ‘Rita’ (Laura Harring), discover her identity after a car crash skews her memory.

Things get weird when a mysterious blue box appears and upends everything, not least your own idea of the plot – a slippery word when discussing Lynch’s movies, in which plots are fragmented like dreams and rarely follow the logic of everyday life. Ultimately, Mulholland Dr. is a film you can watch 100 times and still find new angles from which to interpret it.

Filmed on location in the city that gave birth to the dream factory, this is Lynch’s love letter to LA, a hat-tip in the direction of Sunset Boulevard and the eponymous route through the Hollywood Hills. Production wrapped almost 17 years ago. So what happened to Aunt Ruth’s apartment? Where is Winkie’s Diner? And what about the enigmatic Club Silencio? Do these places still exist? Roll film… 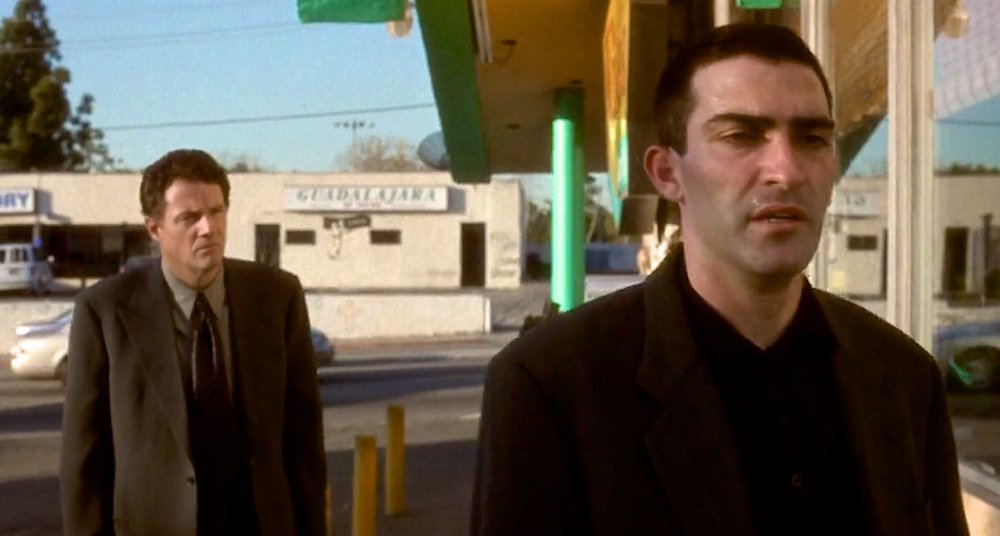 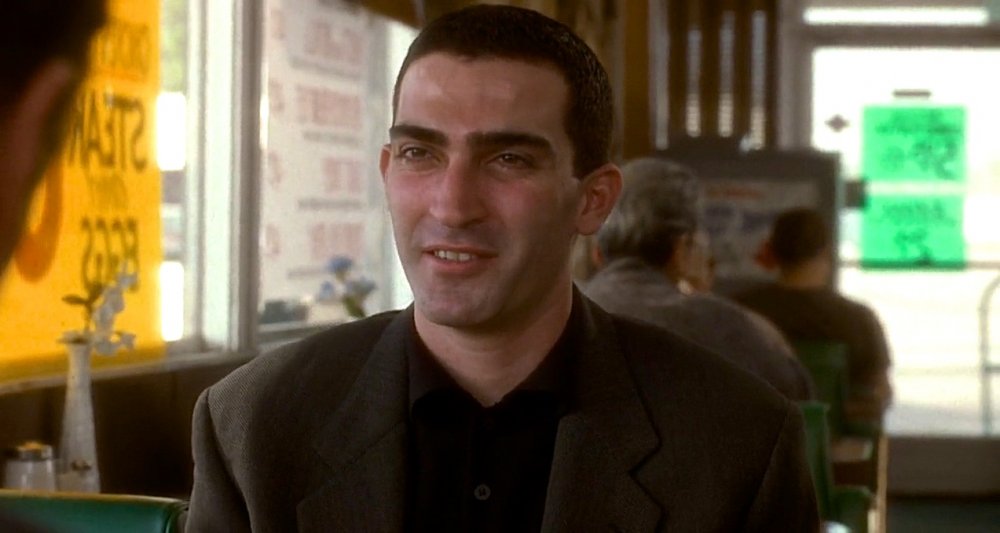 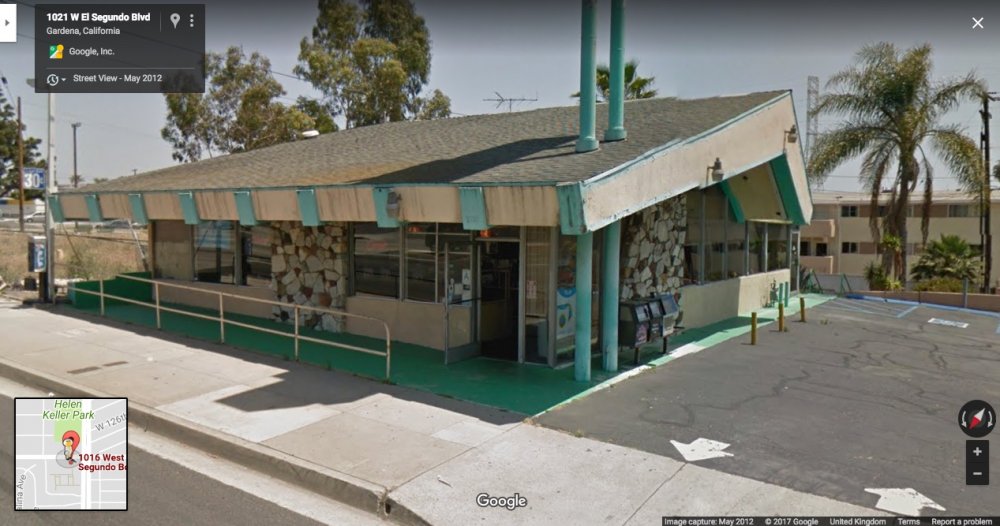 You’ll remember Winkie’s Diner as the place where Dan (Patrick Fischler) tells Herb (Michael Cooke) his dream about a terror-inducing troll behind the diner, which Herb insists they investigate for real. ‘Winkie’s’ is actually known as Caesar’s, a diner located way south of LA, in Gardena, not on Sunset Boulevard as you’re led to believe. You can still order a burger at the diner – which has been fully refurbished since production – and you can still descend the steps at the back, past those turquoise pillars, that lead down to the parking lot and, of course, that wall. If you’re brave, you can face your fears and re-enact the scene there today. But maybe don’t eat your burger and fries first. 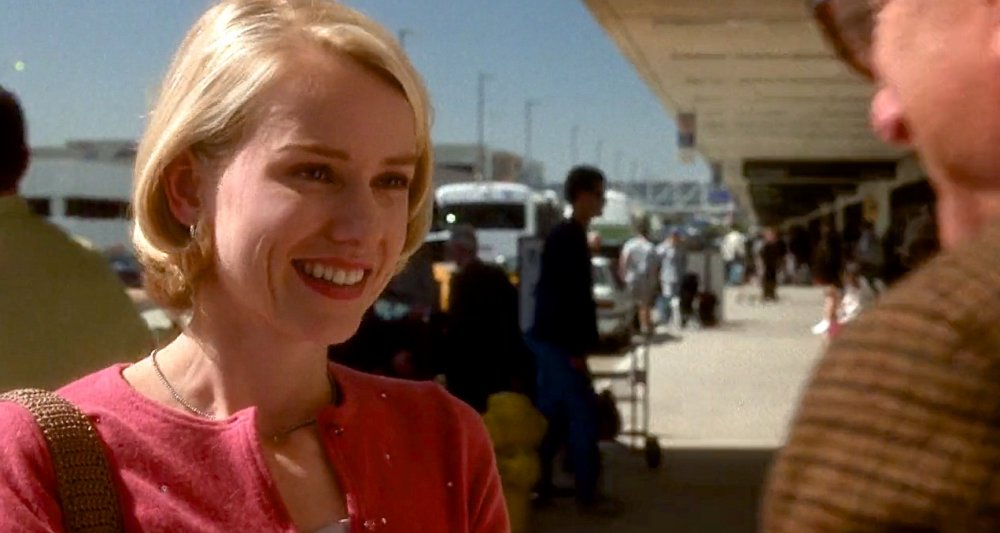 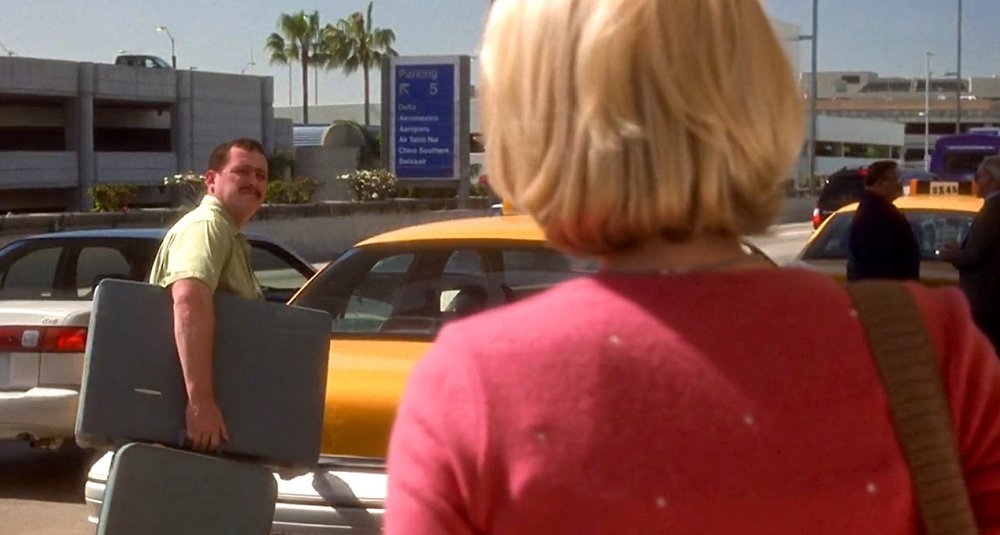 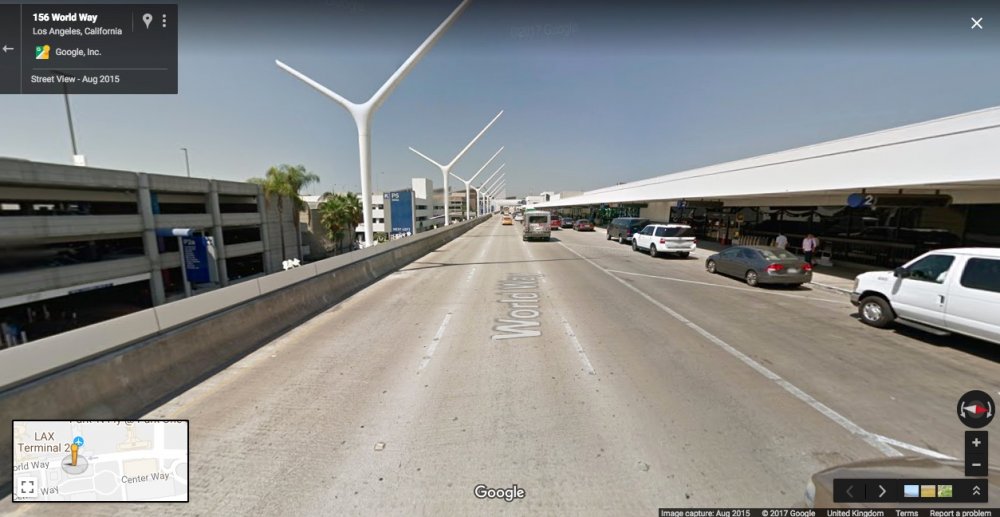 A bright-eyed and bushy-tailed Betty lands at LAX, Los Angeles’ largest and busiest airport. Lynch films her arrival from the taxi rank outside, where she hands her bags to her mustachioed cabbie. Behind him, you can make out the zone 5 parking sign. Today, you can locate the exact same spot: the multi-storey car park, those palm trees under that cloudless LA sky. This is perhaps the location that’s changed the least in 17 years. The biggest change, presumably, is the difficulty of obtaining a filming permit here. 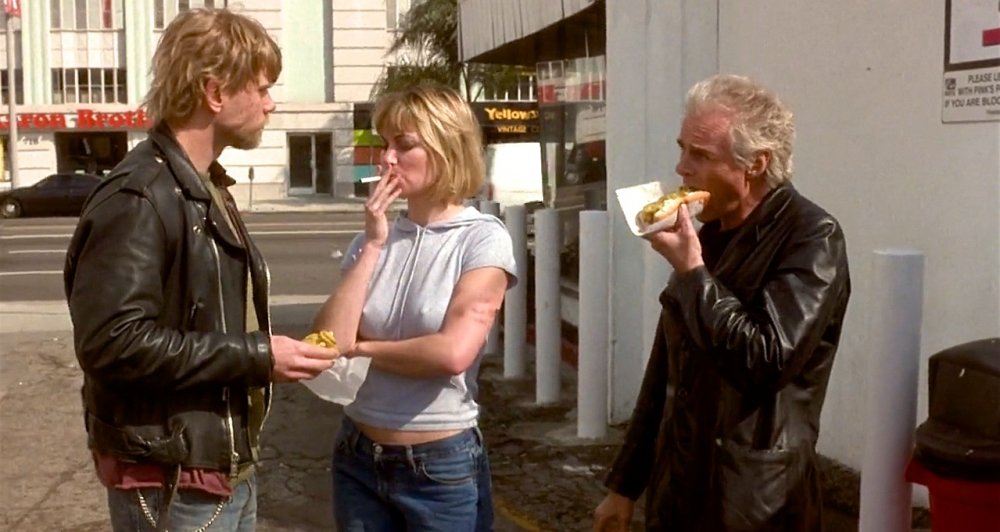 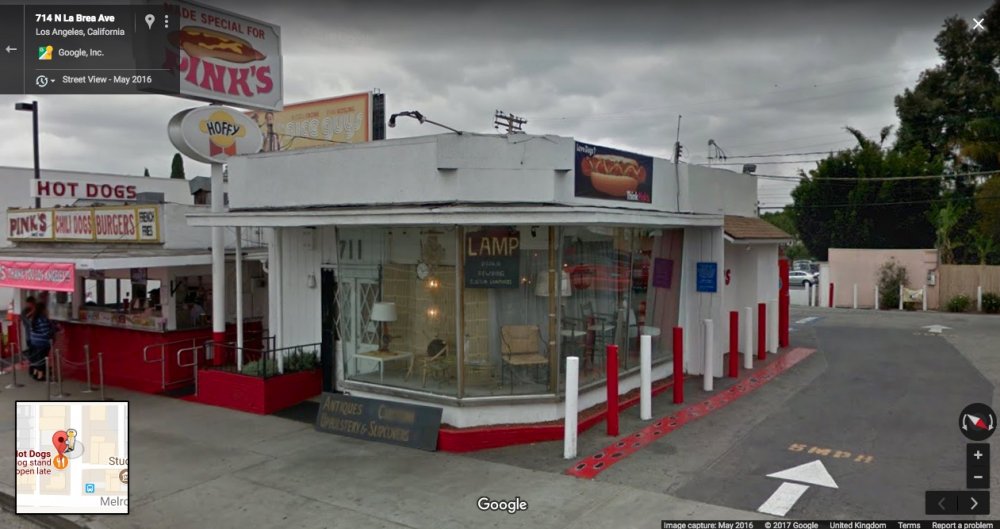 Joe the hitman (Mark Pellegrino) – the guy on the left, with the wallet chain and leather jacket – is filmed getting a hotdog with his associates at Pink’s. They walk through the parking lot and past the toilets at the back. Known as Hollywood’s “ultimate Mom and Pop hot dog stand”, you can find Pink’s at 709 North La Brea Avenue at Melrose Avenue, where it’s stood since 1939. The place is legendary. Apparently you often have to queue for 30 minutes to get your food, but the chili dogs are worth it. Plus, time flies when you’re trying to snap the perfect picture of the spot where the crooks chow down on their dogs. 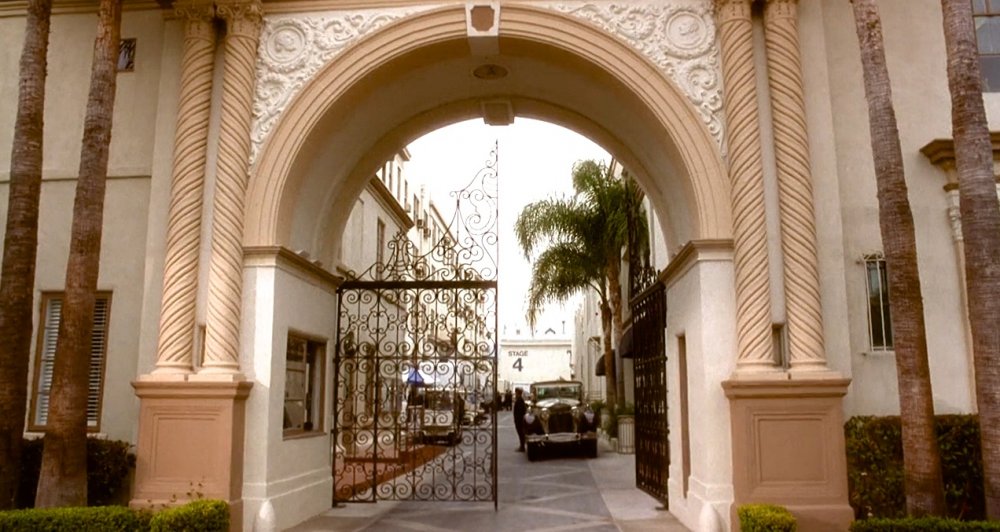 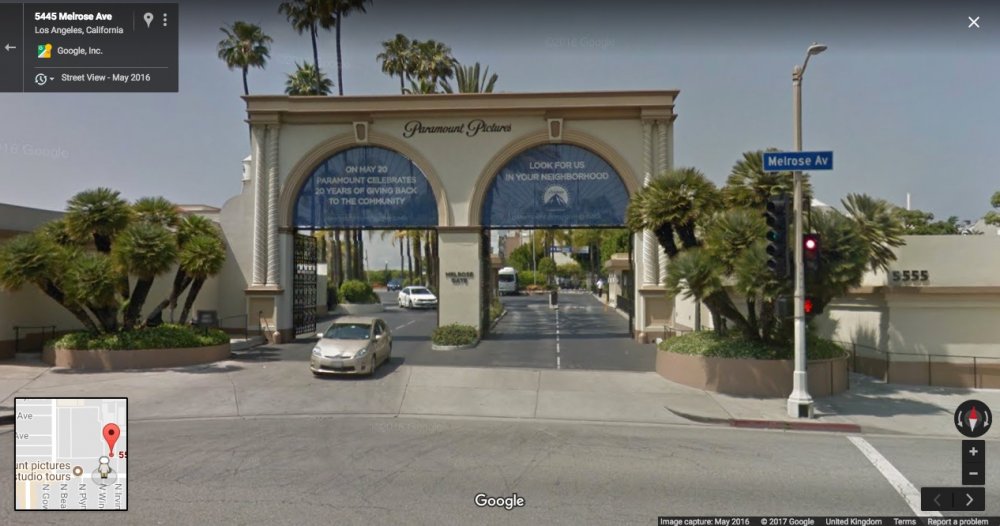 In a producer’s office at Paramount Pictures, Betty nails her audition for the film-within-the-film. She gets dropped off here, at 5555 Melrose Avenue in Hollywood. What you actually see, though, is a shot of an arch just inside the complex, to the right, which Google’s Street View car was obviously not allowed to explore. But even at the entrance on Melrose you can see the same old-school architectural style that decorates the iconic studio. Interestingly, Paramount’s name was not attached to the film’s release (it was released by Universal Pictures), though I’m sure Lynch, with his heavy Hollywood phonebook, pulled some strings to film here. 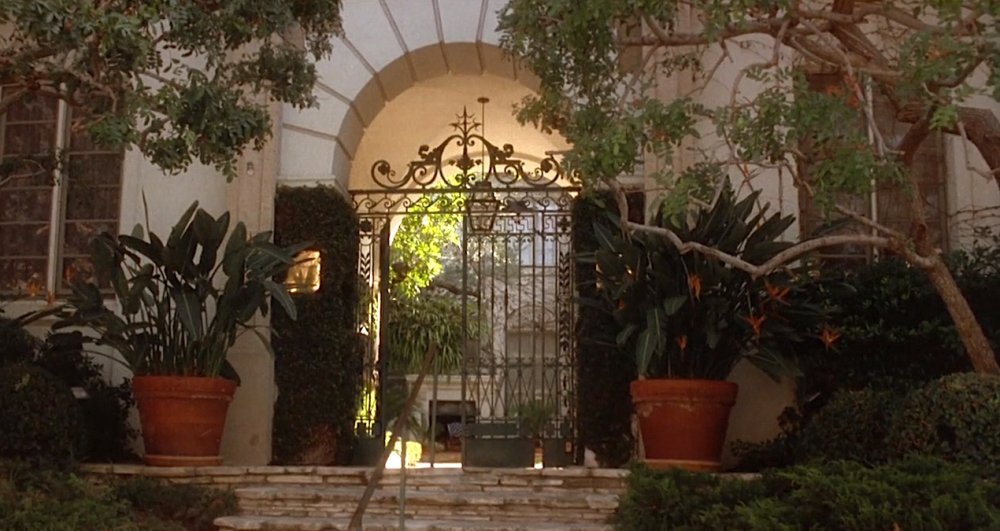 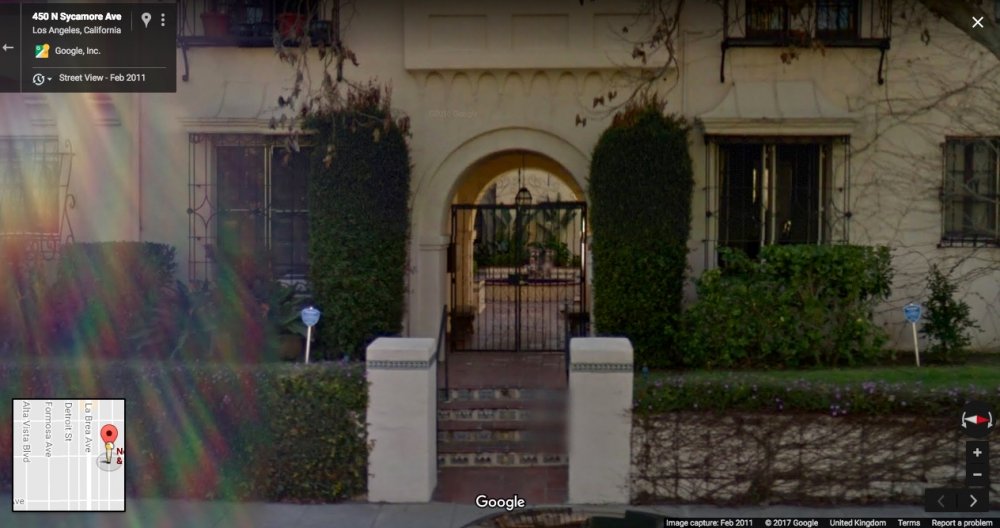 Because Betty is a struggling actress she stays at her Aunt Ruth’s temporarily vacant apartment. This is the fictional ‘1612 Havenhurst Drive’ in West LA, where the Hollywood hopeful finds a disturbed and confused ‘Rita’ in the shower. The actual location is the historical Il Borghese Apartments, near the corner of North Sycamore Avenue and Rosewood Avenue. Its features aren’t quite as elegant now as back then: a simple gate, black bars on the windows, unkempt hedges in place of the large plant pots, and humble white pillars. You can, however, just spot the fountain in the courtyard, a trace of the grandeur you associate with the complex’s eccentric manager, Coco (Ann Miller). 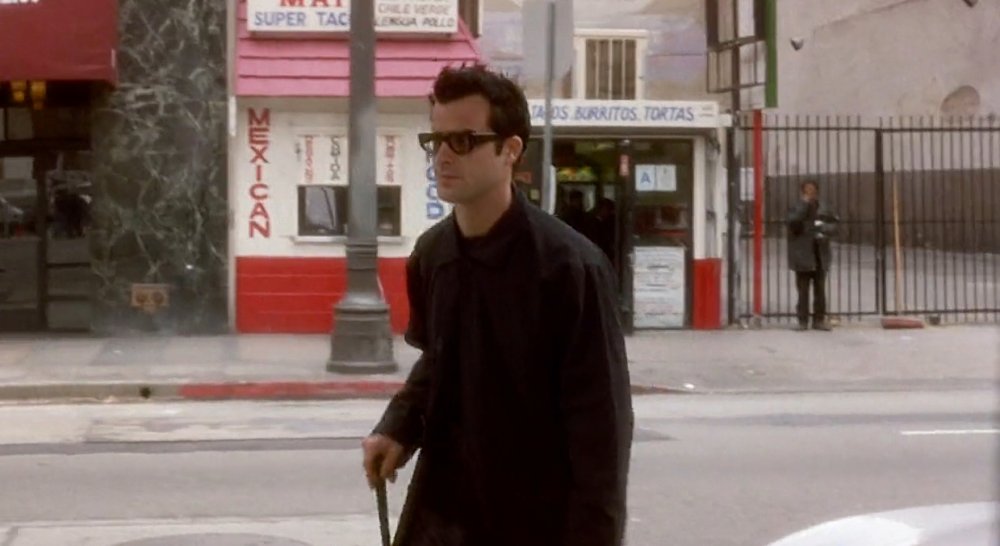 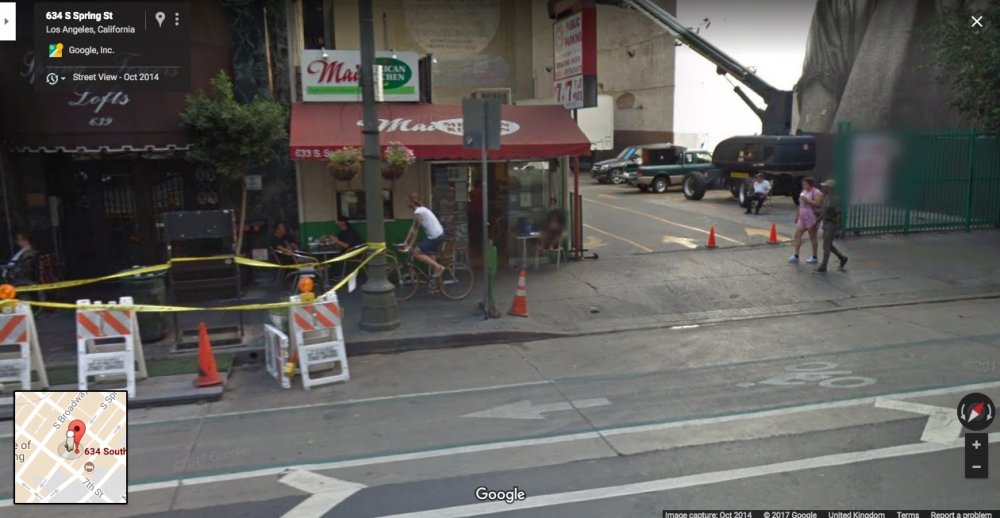 Outside the ‘Ryan Entertainment’ offices, Adam (Justin Theroux) casually clobbers a car’s windshield with his golf club following a dispute over the casting of an actress. The offices are in the Banks Huntley Building, in downtown Los Angeles, with the parking lot just adjacent. One interesting thing that not many people know about this location is that it’s right opposite Club Silencio, the fictional nightclub where Betty and Dianne have a life-altering experience in the early hours. In the shot above, behind Adam, you can see the gate leading into the club’s back entrance. If you go there today you’ll find a gigantic mural on its walls. It’s decidedly less seedy, with cars battling each other for free spaces 24/7. 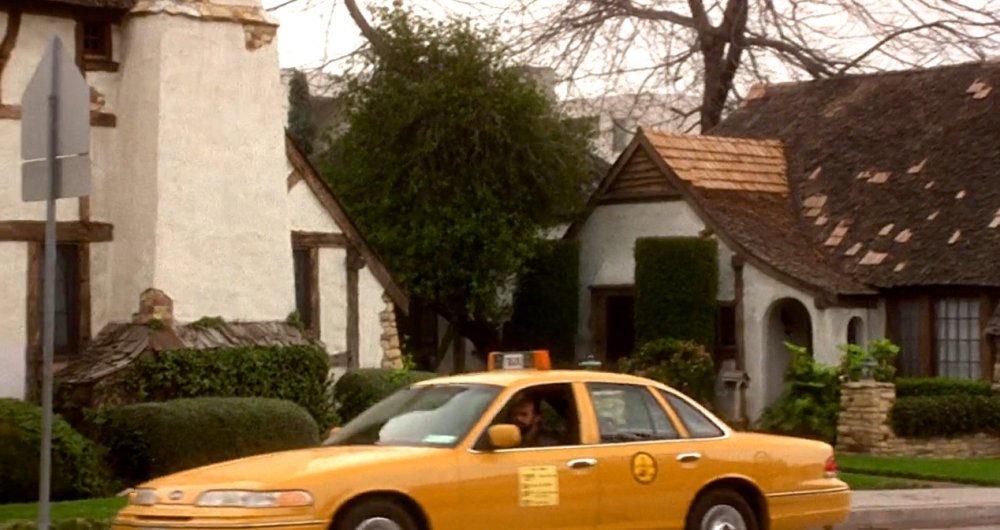 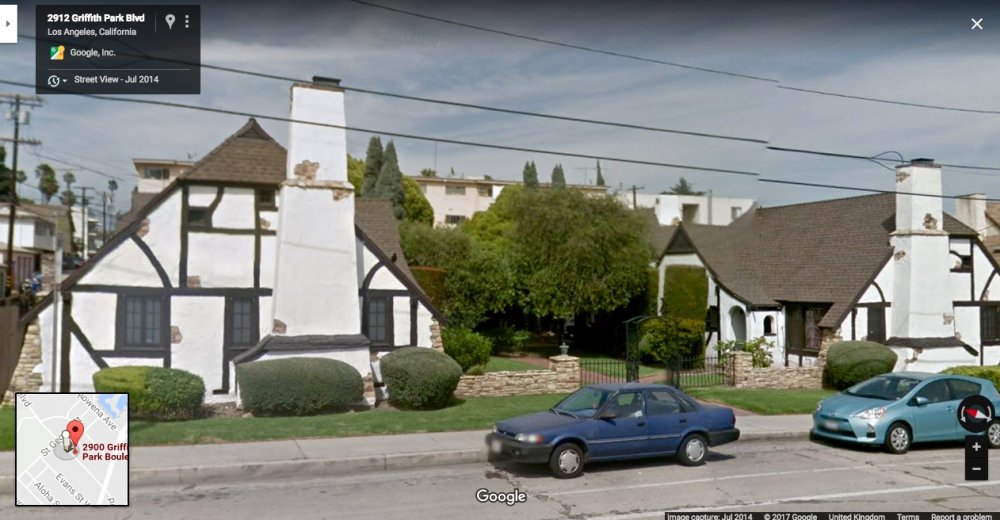 This is the strange, village-like housing complex where Betty and Rita go to investigate who Diane Selwyn is, only to discover something deeply disturbing. Their cab drops them off here, at the ‘Sierra Bonita Apartment’, on Griffith Park Boulevard in Silver Lake. The complex is known as the Snow White cottages by locals, perhaps because it housed Disney employees in the 1930s while they were working on Snow White nearby. The singer/songwriter Elliott Smith also reportedly rented here, writing several of his best-known songs in the attic. Today you can see the same perfectly sculpted hedges and quaint backyards, which wouldn’t look out of place in rural England. 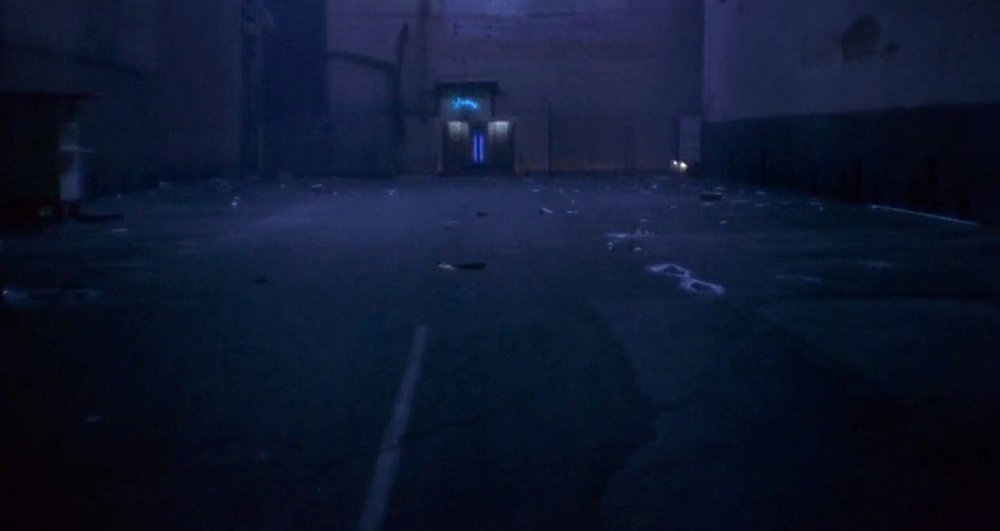 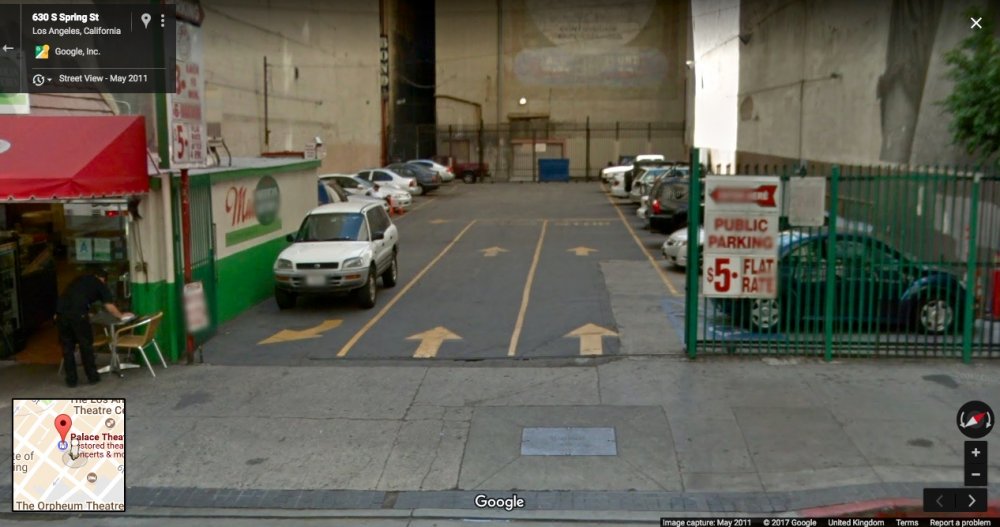 This is the location of Club Silencio, where Lynch’s camera follows Betty and Rita as they enter via a shady back entrance to find a solemn woman singing in Spanish. In case you were wondering, Club Silencio does not exist. The exterior was filmed at the rear of the Palace Theatre – in downtown LA, opposite the ‘Ryan Entertainment’ location – while the interiors were shot at the Tower Theatre, on South Broadway. In the film, you see an empty parking lot, dark and mysterious, wind whipping up trash. Viewed today its atmosphere is somewhat less brooding. You’ll find a Mexican fast-food joint on the left, a bright green fence and yellow lines guiding you to your parking space. No visible trace that Club Silencio ever existed. No plaque proclaiming this sacred cinematic ground.